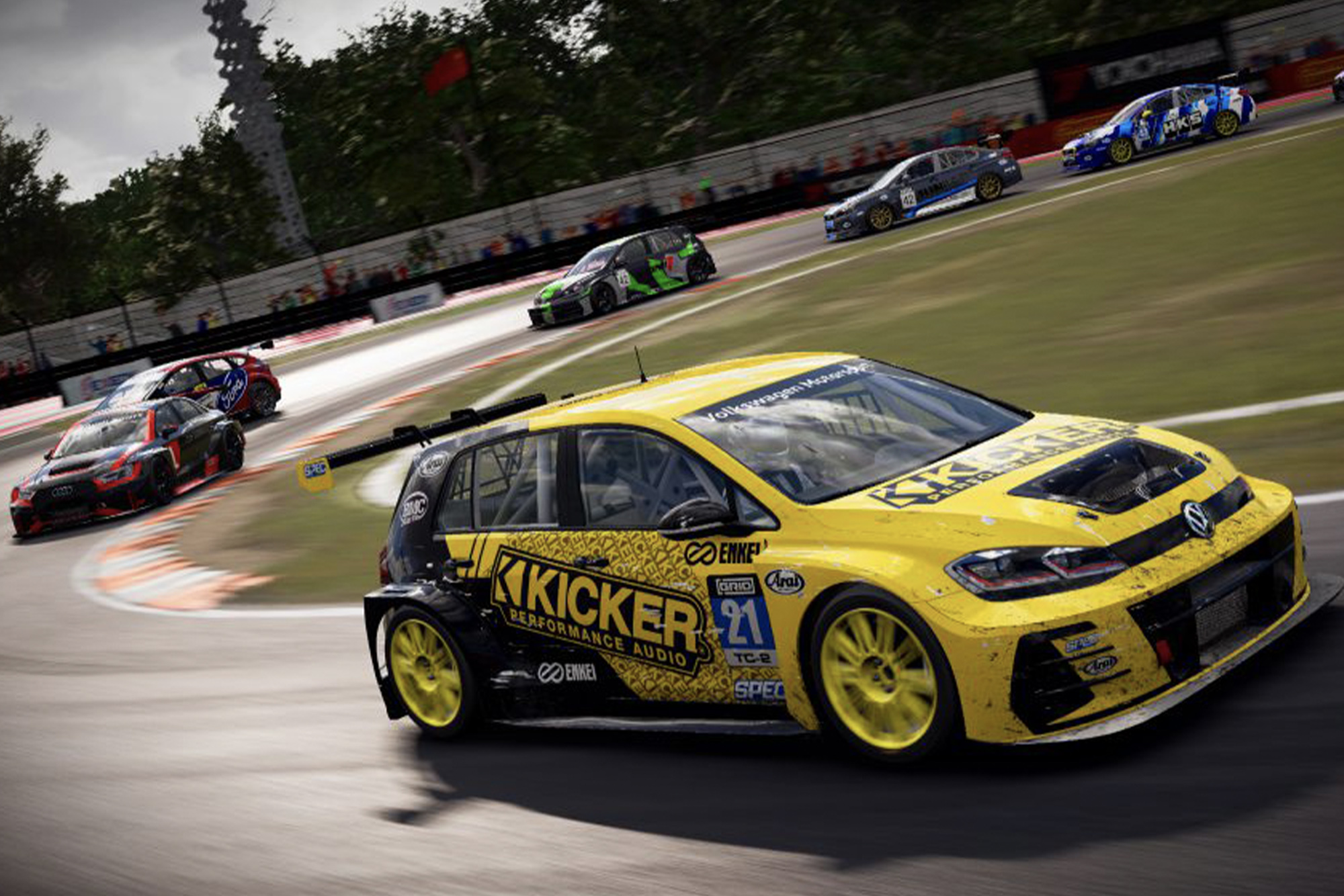 It has been five years since Codemasters last visited the GRID series. The last instalment, Grid Autosport, was firmly rooted in the arcade camp when it came to its style, but this PS4, Xbox One and PC entry aims to tread the line between casual and simulation in an offering that hopes to give players the perfect choice.

The team at Codemasters has brought Formula 1 games back to the near-sim racing genre and its recent DiRT entries have been stellar rally sims; now turns its attention to its long-dormant road racer.

GRID’s career sees you race from bottom to top-end series as you win and work your way up the motor sport ladder.

You are immediately dropped into a three-part tutorial, with races in different types of cars serving as a little taster of what is to come.

There is little in the way of a helping hand beyond the options menu in which you can tweak levels of traction and stability control, ABS and racing line assists, all as you’d expect.

The rewind feature, that’s now a standard part of arcade racers, returns; a Codemasters innovation that was introduced in the series’ first entry, Driver: Grid.

The ability to chop and change between any type of series is nice to have but you soon find that the 60 cars the game is launching with largely handle in the same way — with or without assists enabled.

GRID’s forgivingness is useful in acclimatising to the handling mechanics, but beyond those first few races of exploration, you soon hit a point of familiarity, whatever car you’re in. While that will be a welcome sign for some, it will be equally disappointing for others.

GRID aims to fight off repetitive racing with a “nemesis” system, a concept that gives the player team-mates and rivals throughout their careers.

Fighting a rival should have you on your toes immediately as your newest on-track nemesis increases levels of aggressiveness towards you that sees them race you hard, fast and – at times- even dirty.

This system is paired with the team-mate side of the feature that returns from the previous entries. During races, you can make multiple requests of your team-mates and receive aid through team orders over radio.

Despite these systems, the game quickly becomes repetitive, and with season pass content a long way down the road yet, it wears thin sooner rather than later.

Graphically the game is fine, if underwhelming for a release at the tail-end of the current generation of consoles. It’s pretty in the wet but relatively standard elsewhere.

From the multiplayer sessions we were able to join, the randomisation of modes in quick play act as a good way to get stuck into the action quickly. We endured slow loading screens but Codemasters say they hope to have this fixed by launch on October 11.

In-game credits accumulate quickly with race victories which other titles can deprive players of, preferring to force a grind to gain currency.

There are 250 wraps and styles to change the livery of your cars: some give a similar feel to the tribal decals of Need for Speed Underground and ProStreet games; others are motorsport-inspired designs, but the selection is limited compared to the paint booth options of rival titles

The game boasts 400 different AI competitors for you to go up against but aside from Fernando Alonso’s name appearing in some series (brought on to be ‘racing consultant’ for the game), there is no discernible difference once you are out on track unless a driver is your rival.

It also suffers in variety when it comes to tracks and circuits. Just a handful of real-life circuits make the cut and the rest of the offerings don’t add much depth.

But the weakest area of GRID is the awkward split between arcade and sim.

The attempt to be sim-like in some areas but maintain accessibility that comes with the arcade feel means that GRID is left as a jack of all trades but a master of none.

It is at its strongest when behaving like an arcade racer but unfulfilling if you’re looking for a realistic-leaning game.

The game would perhaps be better served best as a fully-fledged arcade entry to the series but by attempting to balance the particulars of both, it has sold itself short of what might have been the best entry in the GRID series.