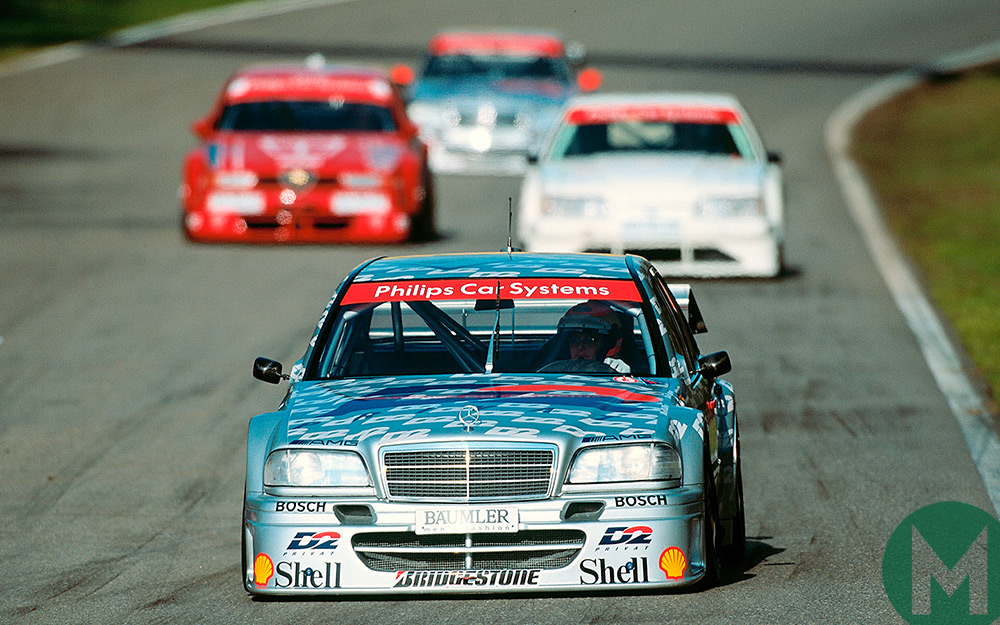 I have to confess, I’m not a big fan of the current DTM. But the news that series stalwarts Mercedes will be withdrawing from Germany’s top-tier touring car championship at the end of next season still came as something of a shock.

For many years the DTM was by far the best and most spectacular tin-top series in the world. For me the Group A-derived cars and then the ultra-sophisticated cars from the ITC era have never been bettered. That the DTM also gave us cars like the Mercedes 190 Evolution 2, surely one of the wildest-looking saloons ever made, is further reason to mourn Mercedes’ decision and feel concern for the impact it will have on DTM as a whole.

In the glory days of the late Eighties and early Nineties all the big German brands – Audi, BMW, Opel and Mercedes – went hammer and tongs. The circuits were varied and quintessentially German: from the street circuit at Norisring and the majestic Nürburgring Nordschleife to Hockenheim’s flat-out charge through the forest. And the racing was consistently spectacular.

When the series became the ITC in the mid-90s Mercedes stayed in the thick of it to fight Opel and Alfa Romeo. Budgets went through the roof, the cars trumped Formula 1 for sophistication and the series attracted some of the world’s best drivers. Nowhere else could you see veterans like Hans Stuck mixing it with Bernd Schneider, Alessandro Nannini, Nicola Larini, Giancarlo Fisichella, JJ Lehto, Dario Franchitti and Yannick Dalmas. It really was a stellar gathering of talent.

It remains to be seen what shape the series will take next year, but whatever happens the Deutsche Tourenwagen Meisterschaft will unquestionably be the poorer without Stuttgart’s three-pointed stars. Mercedes, thanks for the memories.