Football Manager has been the benchmark for sport manager/strategy games for more than a decade, setting the bar so high others have simply given up trying to reach it.

It started as Championship Manager, until a split between Sports Interactive and Eidos Interactive left SI with a game engine and no game – but a new partner in Sega. And so came Football Manager, which simply blew ‘Champ Man’ out of the water. 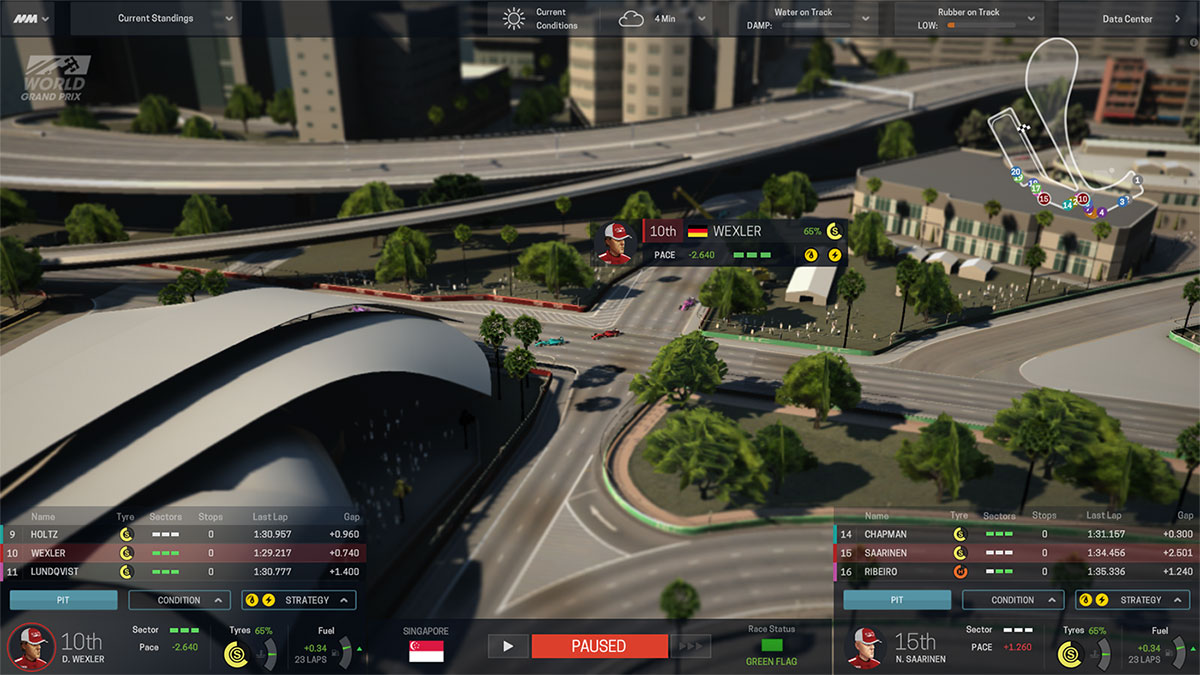 But that’s football. Sega’s new motor sport equivalent, Motorsport Manager, has a hugely different back story to its Sega bedfellow. It began as a mobile game developed in a bedroom until Sega swooped in. So comparing one to the other may be a touch unfair, but such is FM’s influence and dominance it’s necessary.

Football Manager‘s brilliance is that it is an impossible-to-close, ‘just one more match’ kind of game. Motorsport Manager follows suit. The speed with which the season starts throws you straight in – once you’ve chosen your series (GP3, GP2 or Formula 1 all but in the name) and your character is designed, you’re straight into answering questions from the media and into the first race with your team. Such is the way with modern F1, there’s no licence for real teams or drivers. Set-up is fiddled and tyres are selected and then the flag drops for some engrossing racing. If your competitive streak has a habit of showing itself then it’s also tense. Drivers are on the radio, tyres are fading and fuel is burning. It’s impossible not being consumed by it as you work out whether a one-, two- or three-stopper is going to win it (invariably it’s never one…).

Speed is a problem, though. The time between races can drag – the benefit of a football management game is the sheer number of matches instead of a spread-out 10-20 race calendar. Messages from within the team, interview requests and car development programmes do their best to keep attention, but the real interest is in the absorbing racing. But when your driver pairing is trailing around in midfield, and they are destroying the cars just trying to make inroads in the pack, it dawns that the time between races needs to be used productively. And you’re drawn into the game yet further, developing parts and the factory, signing and firing drivers and staff. 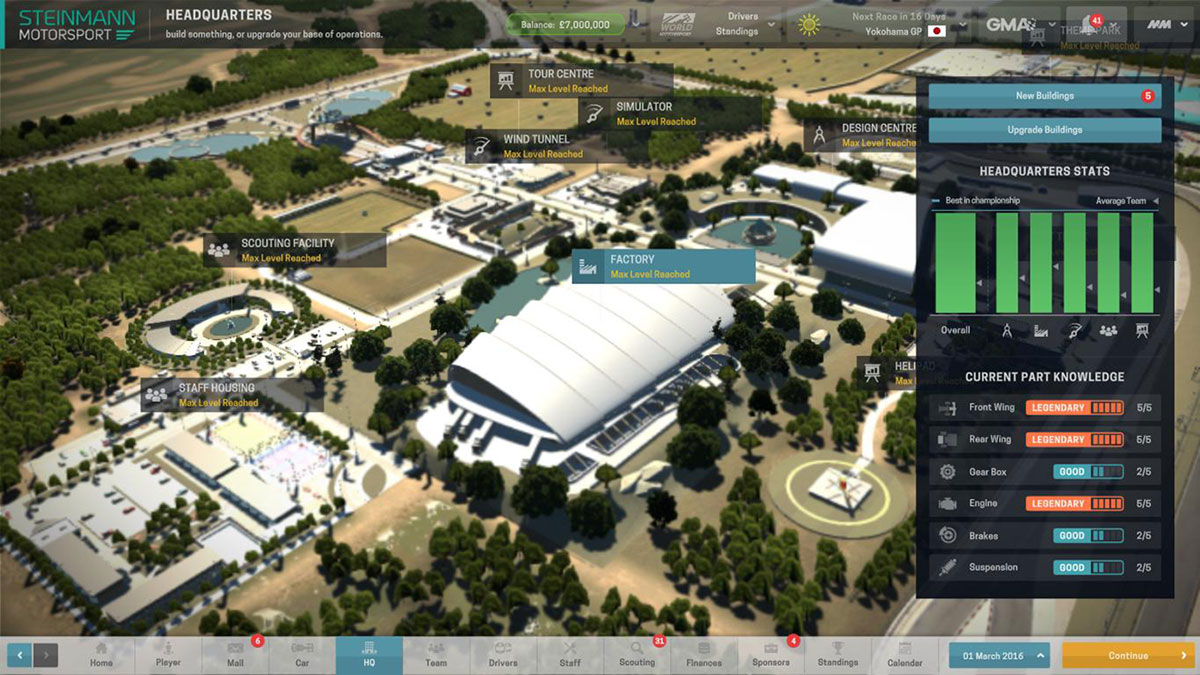 With dense backdrops and cityscapes in the races the game is heavy on processing power, too, which means many will find the need to turn the niceties and extras down. It’s a useful option similar to that of FM when it introduced the 3D engine and it works well to speed the game up. It also stops slow and aging machines from grinding to a frustrating juddering halt, and the add-ons are hardly missed.

The game’s back story is a good one: ‘mobile game made in bedroom gets involvement from supergiant and becomes a full-on, dream-come-true computer game’. And it is an excellent independent game, with Sega’s involvement more guidance than it coming in and stomping all over ideas for commercial gain. This is – sales permitting, presumably – Motorsport Manager 1, Football Manager took years to reach its all-conquering status. For a base to build from it’s as good as they could have hoped, and as good as Football Manager would have aimed for 12 years ago.

Meanwhile, fans will happily lose evenings and nights to the game, all the while muttering into a can of Red Bull that they’ll go to bed after the next race.