From operational readiness to work readiness. 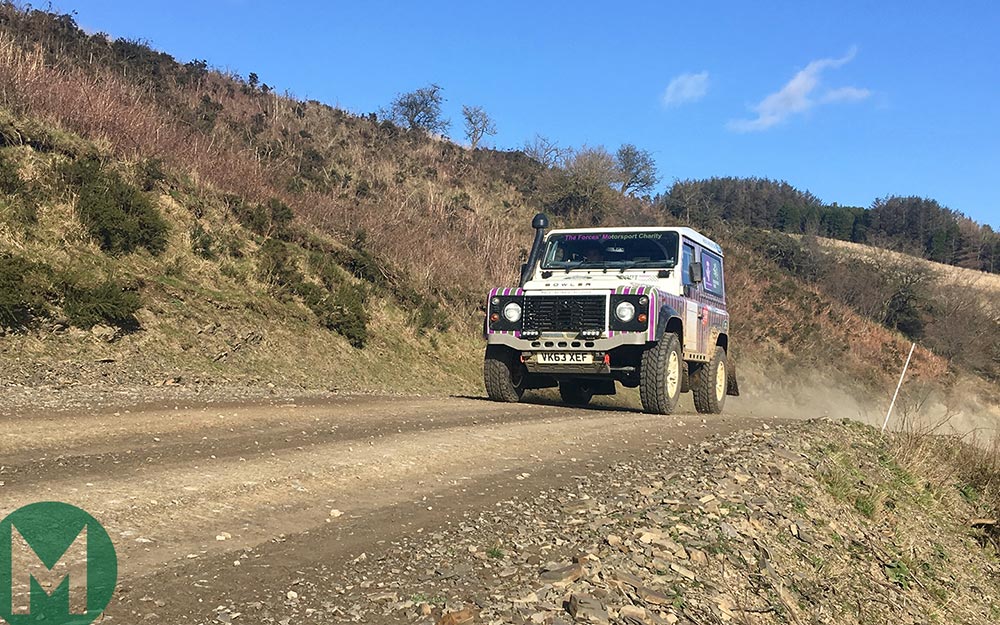 Motor sport could be the ultimate recovery activity.

High-pressure competition, a strong team ethos and risky endeavours mirror traits of service in a sporting environment, easing the challenging transition made by service personnel from operational duties to civilian life. Confidence is rebuilt, competencies are developed and work readiness is fostered.

At the forefront of this is Mission Motorsport, the Armed Forces’ motor sport charity, which has been providing rehabilitation, respite and vocational training to those mentally and physically affected by military operations for five years.

‘The motto ‘Race, Retrain, Recover’ is as relevant now as it was in 2012,” argues Mission Motorsport.

‘The preparation, development, coaching and teamwork involved in competition is a hugely cathartic experience. Car preparation, logistics, support and race management all present challenges to be overcome.

‘This can greatly help in the rebuilding of an individual’s confidence and provides emotional as well as practical support. Motor sport is changing lives for the better.”

Run by veterans, serving officers and motor sport professionals, more than 850 people have been beneficiaries of the charity’s work since its inception. This includes over 3000 days of sport, ranging from track day experiences through to competitions such as the Defender Challenge series and Race of Remembrance.

“Participants invest in an activity that can contribute towards a CV or be talked about at an interview,” Mission Motorsport explains.

“Sport can be an excellent vocational assessment and development tool. Long-term recovery is more than repairing damaged bodies and minds; it’s about rebuilding lives.” 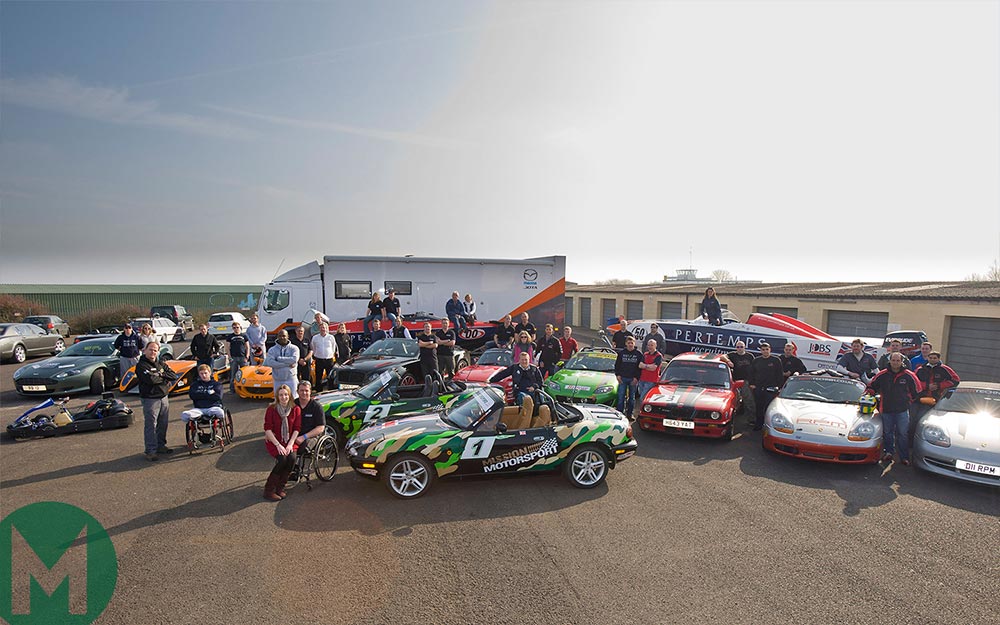 “For average service leavers, leaving the services and establishing a second career is difficult enough,” Mission Motorsport says. “But for those being medically discharged with mental or physical trauma the barriers to employment are greater still.

“Over the last five years the charity has brokered more than 200 work placements for service men and women in the automotive world – in industry, to test facilities in the Arctic to the pitlane at Le Mans.”

Placements have been secured with some of the industry’s biggest players, such as Rolls-Royce, Prodrive, Renault Sport F1 and DHL, many of whom have signed the Corporate Covenant, committing support to the Armed Forces Community.

Jaguar Land Rover announced its support for Mission Motorsport in 2014, broadening its existing commitment to disability sports, such as partnering the Invictus Games.

Britain’s largest employer in the UK automotive sector has hired more than 200 veterans, many of whom go on to find long-term employment at the company.

Speaking at 10 Downing Street, where Jaguar Land Rover received a gold award for its active support of the Armed Forces community, CEO Dr Speth explained how the employment of service veterans is mutually beneficial. “Service leaders are an excellent talent pool for Jaguar Land Rover and our supply chain, with skills that are transferable to an advanced manufacturing environment. We believe that there is a close alignment between our company’s own values and attitudes and the unstoppable persistence of Armed Forces veterans.” 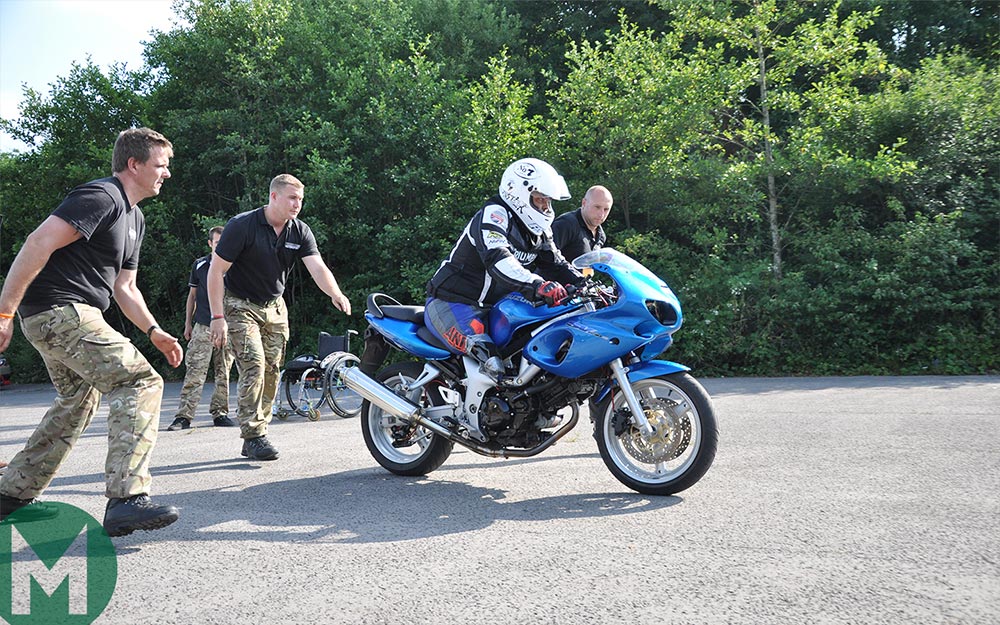 In recent years, motor sport has increasingly been embraced as a recovery activity for service personnel. Its success has been evident foremost with the off-road racing team Race2Recovery.

Twice completing the gruelling Dakar Rally, Race2Recovery was founded in 2011 by a group of wounded soldiers to prove the tenacity and capabilities of injured servicemen. The drivers and navigators of its first Dakar race team were all amputees and injured service personnel take on all roles with the team, from mechanical and logistical to managerial positions.

“Motor racing is one sport where disabled people can compete on level terms with able-bodied men and women,” Anthony Harris, driver of Race2Recovery’s first Dakar racer, told Motor Sport in 2012.

“The driving is a challenge, but one thing I’m fine with is the concentration level and not getting the red mist that some drivers talk about. I suppose six operational tours in seven years tends to make you quite good under pressure.”

The team has fielded the Dakar’s first disabled finishers in the car and trucks categories and last year the team achieved its highest finish in an international Rally Raid, fifth in the Tuareg Rallye across North Africa.

The Mission Motorsport season concludes with the annual Race of Remembrance, held at Anglesey circuit in late 2017. To mark the sacrifices of service personnel and their families, the track falls silent at 10.45 on Sunday morning as the 12-hour endurance race is paused to hold a service of Remembrance at the trackside. 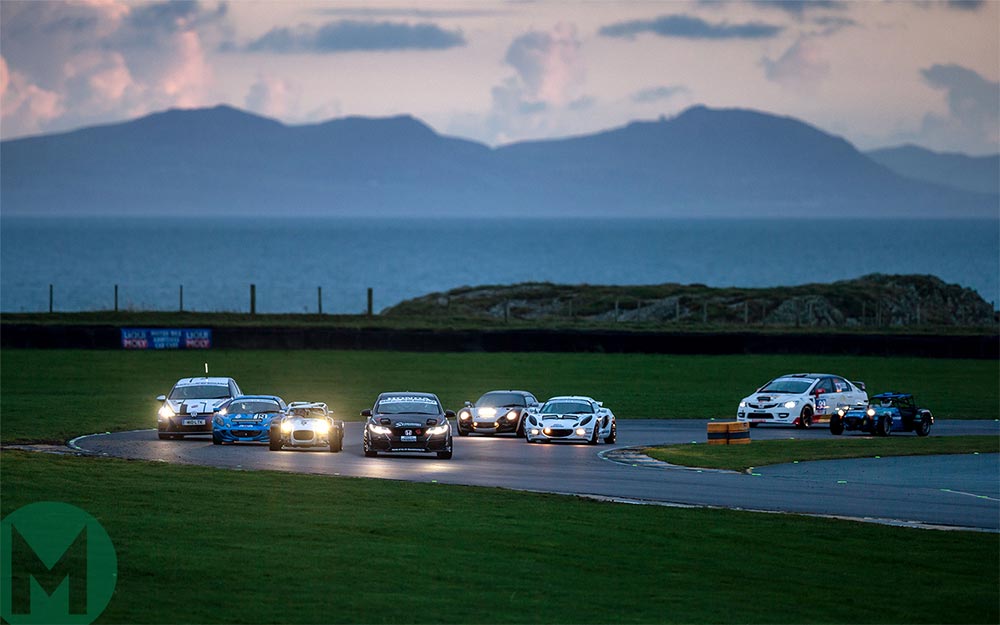 When the event runs for the fourth time in November this year, it will not only commemorate the sacrifice of service personnel, but also commend the extraordinary work of Mission Motorsport and all recovery sports.

Proof, as Mission Motorsport says, that motor sport is changing lives for the better.

Race of Remembrance – Martin Spain
All other images – Mission Motorsport