Almost immediately after scaling the podium at Daytona, I had to switch gear for the 2015 running of the Bathurst 12 Hour at Australia’s legendary Mount Panorama circuit. 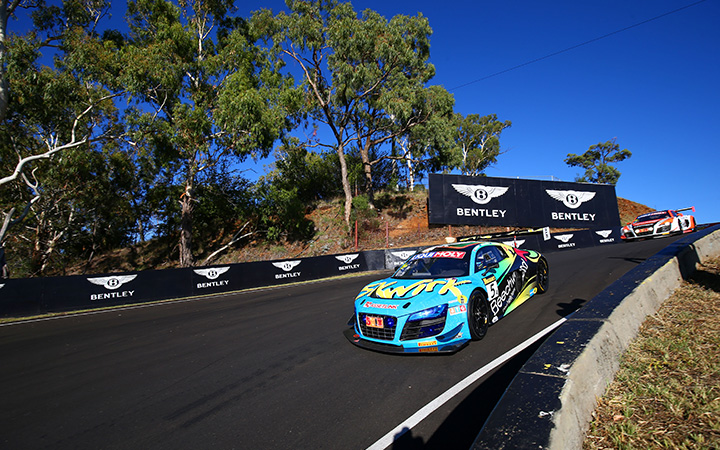 My Bathurst team-mate Rod Salmon was there to greet me upon my arrival in Sydney and I recovered from the debilitating jetlag in the lap of luxury as a guest in Rod’s home while taking part in pre-12 Hour PR events prior to the race weekend. As I was driving a 2014-spec Audi R8 LMS Ultra for one of Australia’s top sports car teams – Melbourne Performance Centre (MPC) – I felt confident of a good result.

I revel in the challenge of the undulating Mount Panorama circuit, as it remains one of the sternest tests of skill and survival, and the Bathurst 12 Hour itself is fast becoming a must-do race for teams and drivers from all four corners of the globe. Its stature is growing at a vast rate of knots and it continues to cement itself as one of the greatest events on the endurance racing calendar, ever-increasing television and trackside audiences giving it an intoxicating vibe. 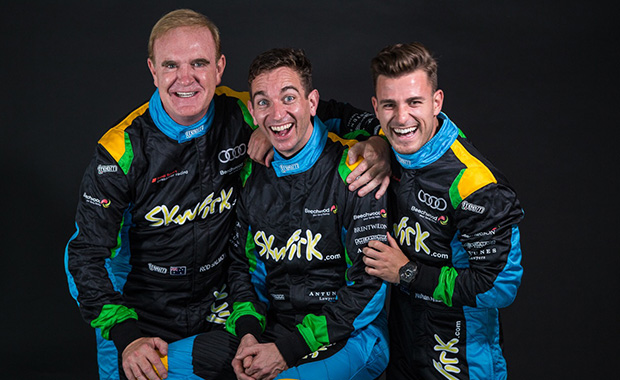 Sadly, the trophy-sized void I left in my suitcase remained when I packed for the return flight back to Blighty – the mountain claimed many victims and MPC was one of them, Nathan Antunes planting the team’s Skwirk-backed machine in the wall on the fourth lap of his stint.

As far as Rod was concerned, it was imperative to finish the race after failing to reach the chequer twice previously, but there was also endless chatter about what achieving a solid result in front of all the Audi bigwigs could potentially do for Nathan’s career.

The car’s right-rear took the brunt of the impact and MPC spent over two hours just trying to remove the wheel, so with a bent chassis and engine mounts there was little point in carrying on. The team’s performance suggested a podium finish in the Am class and a top-five result overall was a very real possibility. Rod drove well, the car was strong and, with two laps over the eventual third-place finisher, I believe second was on the cards.

Nevertheless, this year’s trip ‘down under’ was just as enjoyable as 2014 and spending Rod’s birthday floating around Sydney harbour on his spectacular 88ft yacht wasn’t a bad way to round out my stay in Australia.

There were drinks, stunning vistas and good company, as Rod and I were joined by Markus Winkelhock and major players from Audi, among others, as we tucked in to some birthday cake. 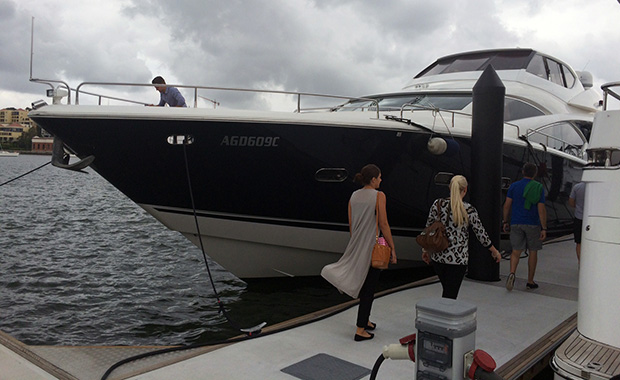 From there, I flew to Melbourne to meet with my Aussie V8 Supercars team-mate Nick Percat and the Lucas Dumbrell Motorsport (LDM) guys to put the finishing touches to our 2015 Pirtek Enduro Cup deal ahead of the announcement, which is hot off the press.

I’m thrilled to be going back to Australia to compete in V8 Supercars and it’s great to be partnered with Nick again, this time with the LDM team. Nick and I really connected last year and the highlight of our partnership was the third place we achieved in the Bathurst 1000. To stand on the winners’ rostrum at Mount Panorama is pretty special, but it was made all the more meaningful by the fact that I was the first international rookie to achieve a V8 Supercars podium in over 25 years.

The result was down to Nick’s ability to think clearly in extreme conditions. With a failing cool suit in soaring temperatures and two cars standing between him and a podium finish as he started the final lap, Nick pulled out all the stops and executed a phenomenal overtake on Jamie Whincup at the final corner to breach the top three places in a nail-biting grandstand finish – the expressions on the faces in the garage were priceless and will forever stay in my memory.

I’ll have a completely different set-up for 2015, coming from a four-car operation with Walkinshaw Racing to an expanded two-car effort under the LDM banner. I’m sure there will be adjustments to make and it will have a slightly different feel, but Nick and the LDM guys are working hard to get to the front and be consistently within the top 10 at Sandown, Bathurst and the Gold Coast. 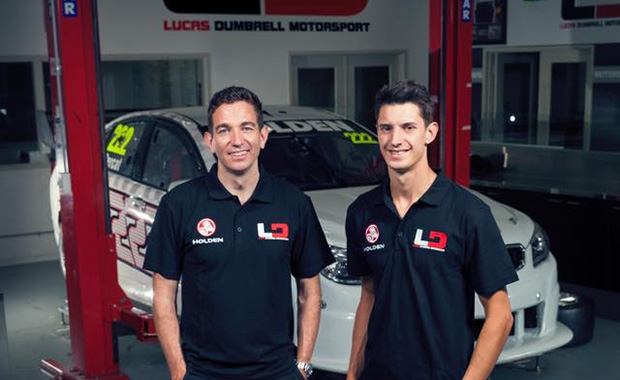 I feel I need to bottle up everything I experienced last year – everything relating to the tracks, driving style and the tyres – and lock it away in a vault while competing for Corvette Racing in the United SportsCar Championship and at Le Mans.

The differences between the Corvette C7.R and the Holden Commodore are massive; the approach is wildly different and my plan is to keep all of that V8 Supercars knowledge out of mind until I’m en route to Australia, using muscle memory to hit the track running in first practice at Sandown.

Speaking of the TUSC, I boarded the ‘Disney Express’ to Florida for a General Motors test at Sebring on Monday and Tuesday ahead of the 12 Hours in a couple of weeks’ time.

I never turn down an opportunity to test. Sebring gives everything a thorough workout so it’s particularly good for testing the lifespan of the car’s mechanicals. The C7.R stood up to the rigours of the Floridian track and I’m reasonably confident that we’ll be competitive. I’m keen to get the race underway.