At this stage of the season the championship standings don’t matter. There are eight rounds still to go, so it’s still early days, and we are still getting to grips with the new bike.

Even so I’d be lying if I said I didn’t have a little smile when I saw my name top of the list on Sunday evening after Snetterton. 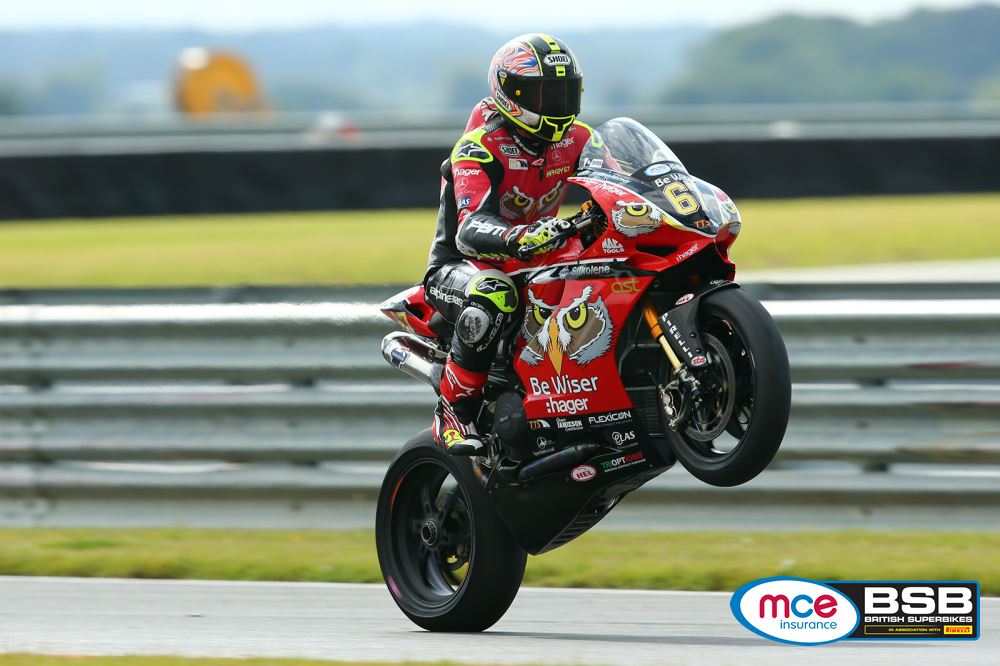 I started the weekend with a new WSB-style, rear-facing Termignoni exhaust. That’s what everyone was talking about after I managed a third and a first, but that just makes me laugh. Yes, it might have given us one second, but there’s much more to our pace than that.

We tested at the Norfolk circuit just a few weeks earlier, which meant we weren’t trying to reinvent the wheel – we had all of the data so knew what worked and just refined it.

Practice could have gone better, I wasn’t sure whether the bike had gained top-end power or lost bottom-end power. The team did a fantastic job and tweaked a few things for me to qualify on pole.

We had good pace but I knew that we needed to be fast over the whole of the 16-lap race. The plan was to get out in the front and then manage my tyres from there. Things were going well until I went for the same line as Leon Haslam into Palmer and was run off track down to second-to-last place.

All tyre management then went out the window, I had to do 10 or 12 qualifying laps just to get back as quickly as possible.

Through grit and determination I managed to rise back into third place but I had used too much of the bike and couldn’t get up with the front two.

Those quick laps also gave me pole for race two. The plan was the same – get out in front and set my own pace. But after about four or five laps I could see that a couple of riders had managed to come with me so I tried to crank up the pace.

In the end it was just me and Dan Linfoot out front – I’d get a gap, then he’d hit me back, then he’d get a gap. Later in the race we got to the end of the back straight and I saw a yellow flag and an oil flag, I came through the chicane and hit what must have been the oil. It shot me sideways right up out of the seat. I looked behind and thought someone must have gone down but I realised I had quite a big gap. I just went for it and then on the straight I saw the red flag.

We had completed enough laps for the result to stand so I took the win. To get a podium in the first race was OK given the circumstances, but to win in the second was a brilliant feeling.

It’s Thruxton next – a circuit I really love because of the speed. I’m looking forward to it already, especially since we’re getting a better understanding of the bike with every outing.

It doesn’t matter whether you are first or sixth at this stage of the season as long as you’re in the showdown come the last few races.

There are some good riders around me in the championship, but I never focussing on anyone but myself. It’s all about me and my bike.