It’s said that every Formula 1 driver dreams of racing for Ferrari, not least when you’re the next great Italian prospect.

But what happens at the first test when you realise — within minutes — that the car you’ll be driving is one of the worst in the team’s history?

Ivan Capelli joins us for the latest Motor Sport podcast to recount the “unreal” 1992 season where his visions of winning in front of a roaring Tifosi ended with him spectating from trackside after the latest breakdown. He’d sometimes have to blame the failure on a non-existent driving error too.

It had started with promise: Capelli recounts travelling to the Ferrari driver announcement as an anonymous man and returning that evening unable to walk in Milan for the number of fans who would surround him. 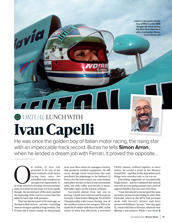 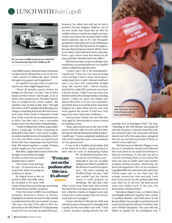 On paper, it had the potential to be one of the most romantic of all motor racing fairy tales: the schoolboy who was given an unexpected opportunity to sit at the…

There was hope on the track too: the 1992 Ferrari F92A featured a ‘double flat-bottom’ floor and revised front suspension that was supposed to provide the downforce needed to compete with the Williams FW14B of Nigel Mansell and Riccardo Patrese.

But Capelli says that the car was clearly flawed from the first test — more so for him as the second driver, who had to make do with parts from the previous year’s car for the first seven races.

And he could have little confidence in the team to resolve it, describing members who refused to acknowledge a problem; disputes between departments; and the need to temper his criticism to avoid offending engineers.

Little wonder that he considers his earlier years with Leyton House as happier moments in a Formula 1 career that never recovered from the Ferrari debacle of ’92.

When the dream drive turned sour: minutes into the first test 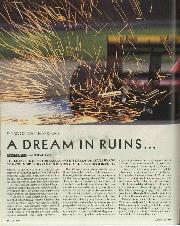 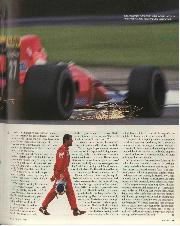 Most of the drivers who've related the tale of their 'Worst Racing Car' can now look back on the experience with a smile. It may have been awful at the…

It was the moment that made — and ended his career. The 1992 season with Ferrari was the defining moment of Ivan Capelli’s life in racing and he goes into more detail about the car that let him down in this article about the Ferrari F92A — the worst car that he’s driven — from the Motor Sport Archive, which is mentioned in the podcast.

As in the podcast, Capelli pulls no punches as he recounts the miserable experience of driving for the Scuderia after the competitive Prost/Mansell years and before the team’s renewal would begin under Jean Todt.