The cost of new hybrid WRC cars threatens to price young drivers out of the top of the sport, Malcolm Wilson has warned.

As it stands, each of the new generation of cars will cost around €1m (£850,000); five times that of a feeder series WRC2 car, according to the M-Sport boss.

“The cars are going to be too expensive,” said Wilson. “Personally, I think that goes against the DNA of what rallying is about.

“It’s crazy to be running around in €1m cars crashing through a gravel road in the depths of Argentina. I think that we can still create the same spectacle for the fan [for less], which is important.

“The WRC2 cars are price-capped at around €190,000 (£160,000). What really concerns me is rallying going forward. You’re broadening the gap so much for any young aspiring drivers.

“I’ve always tried to create a ladder of opportunity right through to WRC. What’s happened is the gap to WRC 2 and WRC 1 has become so great.”

Wilson said that it’s not just the hybrid system making WRC cars more expensive, but increasing costs all round.

“The current WRC cars are still very expensive,” he said, speaking at the Motorsport Industry Association’s energy-efficient motorsport conference. “Historically we have sold eight to 14 WRC cars a year but for the current generation car, we have sold five in three years.”

The regulations for the 2022 season are still being thrashed out but will include hybrid power, with a 100kW motor providing extra performance on stages, as well as electric-only running in towns and the service park.

A move away from cars based on production shells to a tubular chassis looks likely, which could bring closer competition and allow manufacturers to race a greater range of models.

However, Wilson said that there were alternatives: “The current cars look aggressive and sexy and fast. We can still do that, probably with an R5-based car [used in WRC 2] with some bigger wings and a hybrid system.”

The introduction of hybrid cars to WRC could help to reverse the decline in sponsorship revenue, partly driven by the need of manufacturers to sell more eco-friendly cars to meet EU emissions targets.

“Another thing we’re facing at the moment is that because WRC doesn’t have any green credentials, the sponsors are all going to series like Formula E,” said Wilson. 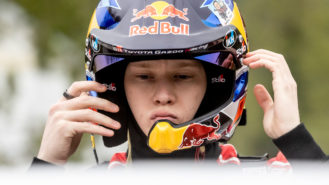 Kalle Rovanperä might be only 21, but he now has four WRC wins to his name – Damien Smith looks at why the Finn's latest in Croatia beggared belief

The most successful rally driver of all time, Sébastien Loeb, will return in Portugal for M-Sport 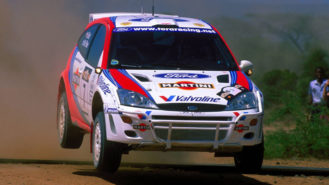