When the late David Sutton was tasked by Ford with filling the rallying breach while it strove to replace the iconic Escort, he was handed two targets: the 1980 British Open Championship and the 1981 World Championship.

His privateer outfit would hit both – with the help of the free spirit that was Ari Vatanen and the free market enterprise of co-driver/Rothmans co-ordinator David Richards.

“Amazing,” says Vatanen. “If you knew how small that garage in Acton was. Amazing. A few faithful mechanics. A Transit. [Plus a Granada estate. Both gifts of Ford.]

“And with that we were against works teams.

“David lived and breathed rallying. Any opportunity, any extra money found, and it was, ‘Let’s go do a rally somewhere.’ We did so much on such a limited budget.

“He was always so positive.

“For example, I made a heartbreaking mistake in Portugal in 1981. The Audi Quattros were out and I was leading Henri Toivonen by five minutes. I was untouchable. On my own planet. 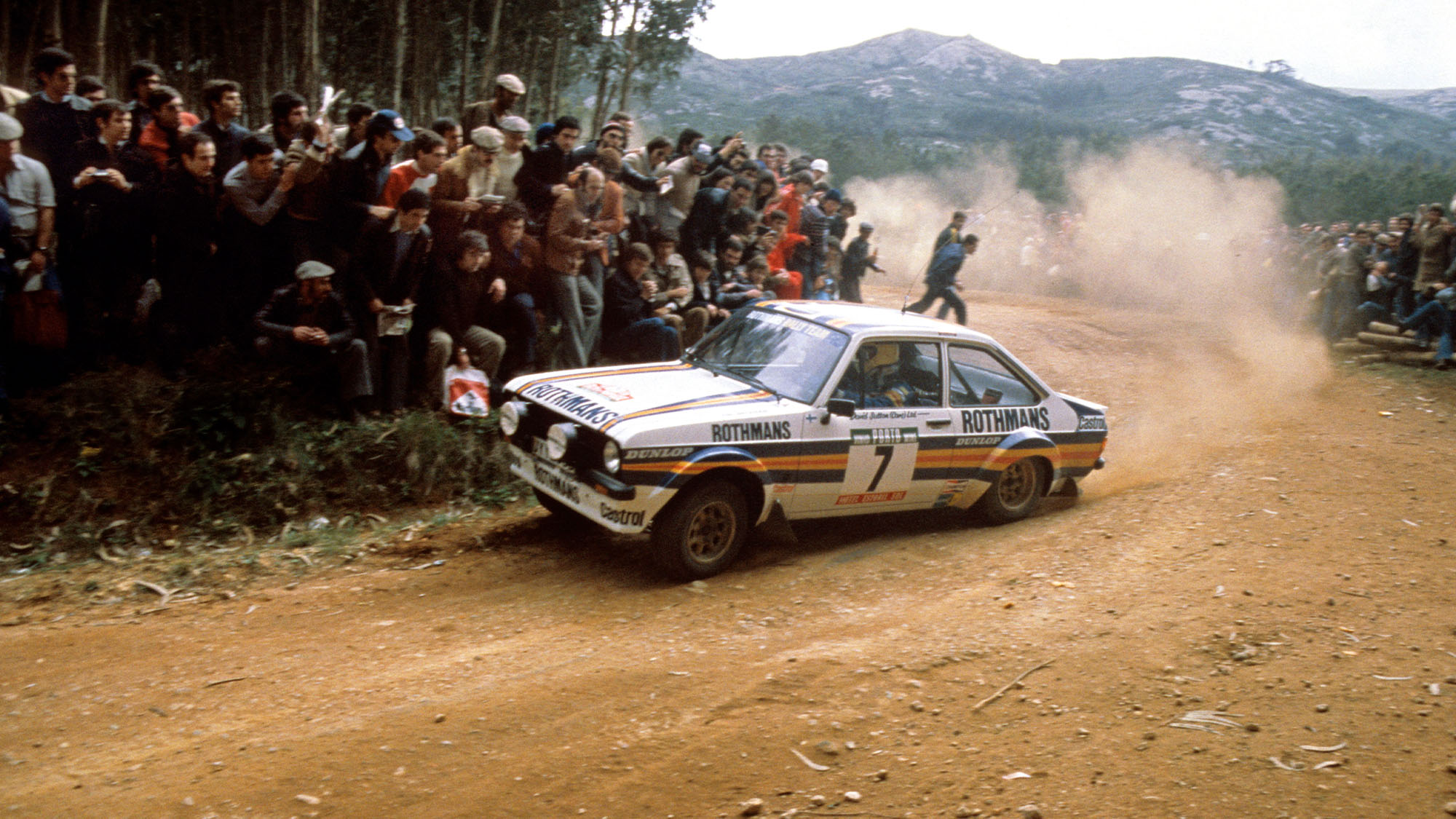 “David’s incredible little team was about to lead the World Rally Championship.

“The next stage, first corner, I went off the road.

“The car was not badly damaged but it was a long way down a hill. There’s a photo of David Richards and myself and the mechanics pushing it back onto the road.

“David is there, too, guiding the operation. He is looking straight into the camera – and smiling. 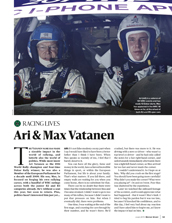 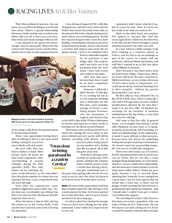 The Vatanen name has made a sizeable impact in the world of rallying, and latterly also the world of politics. While most know Ari Vatanen as the 1981 World Rally…

“He never shouted at me. His view was that the next rally would be another opportunity for us.

“His optimism was contagious.”

This was the fifth and final full year of a partnership that had begun in victory on the 1977 Mintex Rally.

Sutton’s patience and support would allow him to polish off some of those rougher edges without entirely corking the genie.

Their 1980 British Open title indubitably was the product of a more measured approach.

But when victory beckoned on the 1981 San Remo Rally both men decided to go for it rather than bank the points for second place and so take the lead of the championship – the preferred approach of Richards, with his Rothmans hat on.

“I remember we debated it a lot,” says Vatanen. “Common sense would have settled for second. But…

“I was extremely unlucky. It was a left-hand corner and I was very close to a stone wall on the inside. There was a small opening in it for the stairs to a house, and where the wall restarted it stuck out a few centimeters more. It was not symmetrical. It clipped the edge of the tyre and bent the steering arm.

“That was us: let’s go for it – and regret it afterwards”

“But that was us: let’s go for it – and regret it afterwards.”

The Finn’s prior victories that season had included a second consecutive Acropolis Rally win.

“There is a film taken by a bystander of a roadside service of ours,” says Vatanen. “We are leading. The mechanics are rushing and we don’t stop for long. We were always late, late, late. Lots of pressure.

“It’s a nice little film. So few mechanics. A Transit. David. That’s it. [Chuckles] No time for anything. No wheel guns. Just normal spanners.”

Despite subsequent wins on Brazil’s Codasur Rally and on Vatanen’s 1000 Lakes home ground, these kindred spirits were up against it still, and so fought like lions to finish a problematic and distant ninth – two more points – on the Ivory Coast Rally, the penultimate round.

Sutton was not a fan of African rallying but there could be no ducking out at this late stage.

“We hit a lorry which was not supposed to be coming the other way,” says Vatanen. “It badly damaged the front of the car and the windscreen wipers wouldn’t work; there was a lot of rain.”

Richards did his best operating them using pieces of string.

“Then the clutch. Then the starter motor.

“Parc fermé was about seven hours and leader Timo Salonen had slept during that time. We were so late that we had no time for sleep.

“But such intense moments are what made it memorable.”

Fréquelin’s fifth place put him in the box seat with just the RAC Rally remaining.

“There is another photo that sums us up,” says Vatanen of Sutton. “We are hugging after the very last stage in Clocaenog.”

Vatanen had just finished second – Fréquelin crashing out earlier on the Welsh leg – to clinch the title.

“There was just a little road section to Chester to go and we knew that we would be world champions. Not even I could throw it out of the window now.

“It had been such a long rally: 65 special stages; nearly nine hours. But the car has hung together and a year of suspense is over.

“The relief is enormous. The huge stone on my shoulder has just come off.”

Sutton, of course, is smiling. 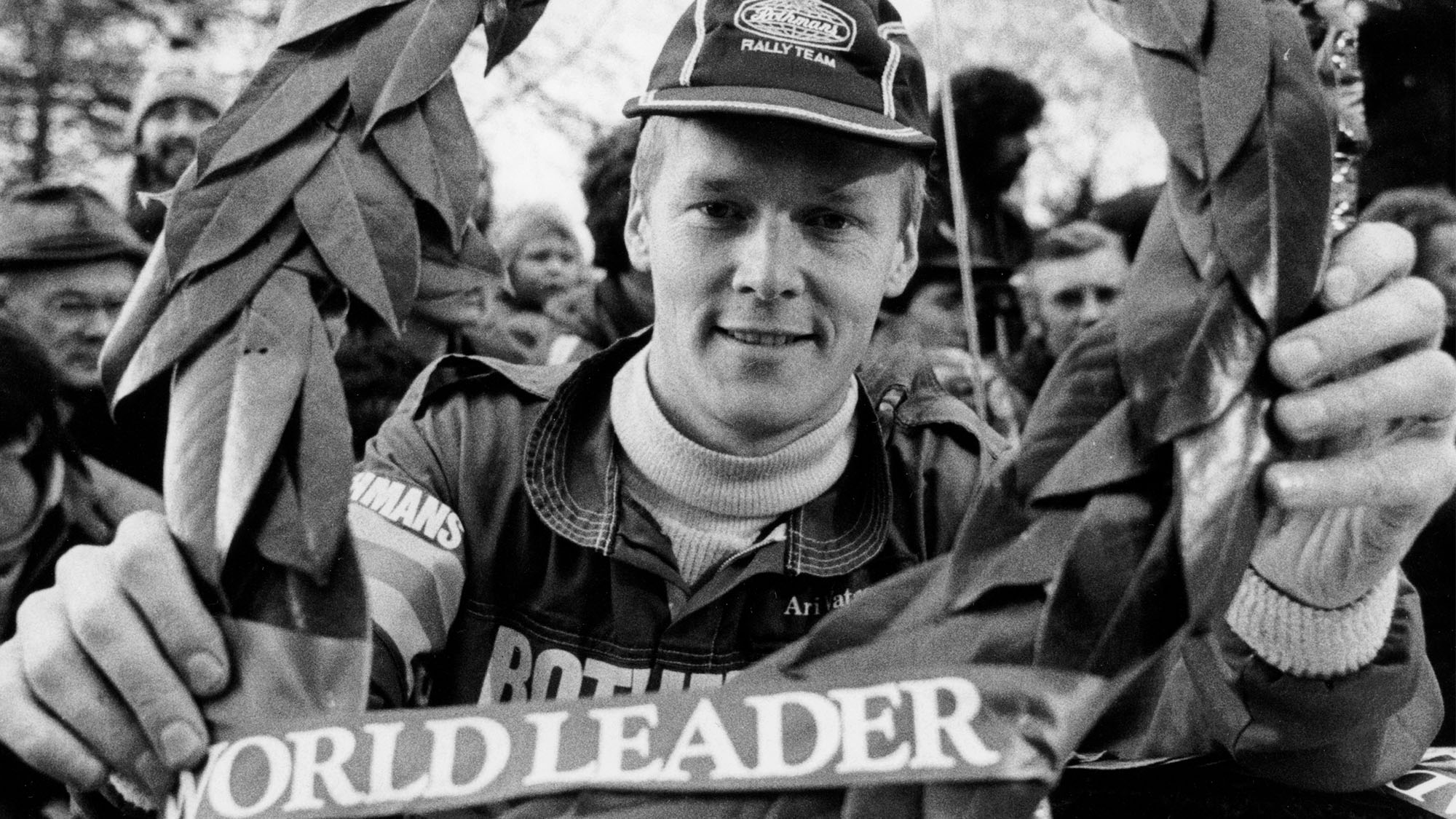 “I owe a lot to him,” continues Vatanen. “David Richards got the Rothmans money, and he put it all together in his unique David Sutton way.

“He was one of those characters who stood out. That’s why he left a legacy, because of the way he was.

“What we were lacking in a material sense our spirit made up for. A tight knit operation. That feeling of, ‘We will show them what we are made of.’

“A small team gives you that inbuilt starting point: ‘Come on! Let’s bite the bullet.’

“You can never have that same spirit if you are part of a big corporate team.