Rally raid legend and three-time Dakar winner Hubert Auriol passed away yesterday at the age of 68.

Auriol, who won the Dakar in 1981, 1983 and 1992, became the first entrant to ever claim victory in both bike and car classes. He also still holds the record number of bike stage wins in one Dakar (9).

First entering the inaugural event in 1979, Auriol took his debut win in 1981 aboard a BMW R80G/S. After claiming another win on the same bike two years later, the charismatic Frenchman became synonymous with the motorcycle, as well doing much to bring the event to a global audience.

For many Auriol, known as ‘The African’, embodied the spirit of the famous rally raid.

Never was this more apparent than during his rally-long battle with Cyrille Neveu at the 1987 event, when Auriol crashed and broke both his ankles near the end of the very last stage. The latter still managed to climb back on his bike, ultimately coming home second to Neveu after leading almost the entire distance.

Heart-wrenching scenes of Auriol – still on his bike – breaking down in tears as he describes his injuries to an interviewer have become part of Dakar folklore.

After switching to cars the following year, Auriol would retain a knack for desert speed, winning again in 1992 at the wheel of a Citroen ZX Rally Raid, thus becoming the first person to win Dakar on both bikes and cars.

Auriol ran his final Dakar in 1994. Then, as now, there was waypoint controversy. When his team Citroën decided a stage featuring some treacherous sand dunes was too difficult and dangerous, they elected to skip it.

The Mitsubishis of Jean-Luc Fontenay and Bruno Saby ploughed on regardless, but both became stuck and had to withdraw from the rally on grounds of exhaustion.

Auriol and his team-mate Pierre Lartigue resultantly bypassed the relevant waypoint, with the latter taking an acrimonious win. 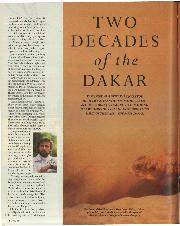 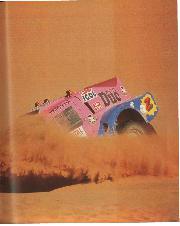 Two decades of the Dakar

January 1982. Tears at Number 10, newsreaders scrabbling for a map of north-west Africa and travel agents panicking to get News of the World scribes on the first plane to…

After his illustrious off-road career came to an end, he joined the Dakar organiser ASO and became Director of the event from 1995 to 2004.

Auriol was also crowned cross country rallies champion five times and was awarded the National Order of Merit and Legion d’honneur in 1995.

Dakar 2021 entered its second week today. Stephane Peterhansel, who is currently leading this year’s event, paid tribute to Auriol upon reaching the bivouac.

“If I am here on this rally, it is thanks to what I saw Hubert was doing,” said Peterhansel.

“For me he has always been a model of class and intelligence. I think the whole of the rally raid world will shed a tear today.”

“I followed what he was doing – my father was his mechanic – so I’m having trouble expressing how I feel today. He inspired me.”