This is the diary of Benoit Lagarde’s experience driving Romain Dumas’ 1976 Porsche 911 RS in Europe’s Rallye Monte-Carlo Historique, which spans more about 1,430 miles and involves more than 70 hours of driving 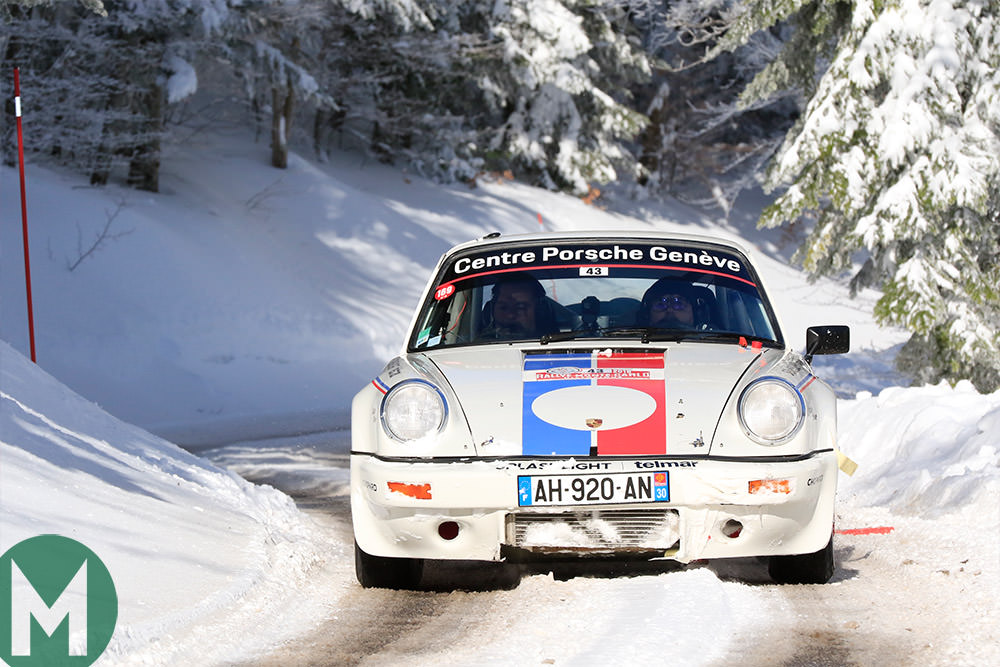 The Rallye Monte Carlo Historique is iconic, starting simultaneously in seven European cities – Athens, Glasgow, Bad Homburg, Milan, Barcelona, Reims and Monte-Carlo – converging on Buis-les-Baronnies, just north of Marseille. The Monte Carlo Rally began in 1911, but this is the 22nd running of the historic rally.

I must confess: this is my first rally, and I’m finally fulfilling a childhood dream.

I’m not a total beginner when it comes to sports driving. For the past five years, I’ve been training in circuit racing car driving and I’ve done the Master Training Program at the Porsche Driving School.

But nothing can prepare you for driving under competition conditions for 10 hours per day. The pressure and adrenaline is impossible to replicate. The same applies to the driving conditions, including hairpin bends in Alpine mountains, mud, rain and snowstorms.

So I arrive in Milan on January 31 for a technical inspection of the car. Trepidation mixes with excitement as we gather at the Automobile Club in Milan, which was founded in 1903 and now has 50,000 – and then my car arrives.

Rain begins to fall on the streets of Milan, which is a huge worry as the car is sensitive to cold, wet weather when parked – and that means it can be very hard to start in the morning. There are other worries, of course, such as the average speed. We have to keep within 30-31mph for this leg, reaching the right checkpoints, refuelling zones and engine check zones.

I just hope we don’t get lost. That all depends on my co-pilot, Mathias Dussaule. He’s a great friend, calm under pressure. I try to relax as the drivers sit down for dinner in Milan that evening, sharing tips and many, many horror stories.

A cavalcade of 65 cars leaves Milan at 6pm, driving through the night to Buis-les-Baronnies via Chambéry (south of Geneva). We reach at 9.30am on February 1.

Ninety minutes later, we’re off from Montauban-sur-l’Ouvèze for the start of the rally and I’ve had hardly any sleep. It’s little consolation to know that the other drivers are equally tired as they’ve also been driving overnight.

Driving a rally car is totally different to driving a normal one. Perhaps the most obvious difference is the nature of driving. Because you’re negotiating such tricky conditions, and often severe weather, your reaction times have to be 10 times faster than if you were driving a normal car. As a result, the margins of error are much smaller in a rally car.

Then there’s also the no-frills feel of driving a rally car. For a start, there’s no heat or air-conditioning in the car, so it feels as cold inside as it does outside (and we’re talking sub-zero temperatures).

It’s not a comfortable or luxurious drive in this Porsche. Rain and snow seeps in.

And steering wheel and pedals are far less responsive compared to normal cars. Consequently, you need to twist and push hard. By the end of the first day my leg is sore.

There’s a good reason for all of this. The car’s design is stripped down to optimise the car’s performance; the comfort of the driver is an afterthought. The noise is another surprise. The car is so loud that my co-driver and I must wear radio helmets to hear each other and communicate over the deafening roar of the engine. 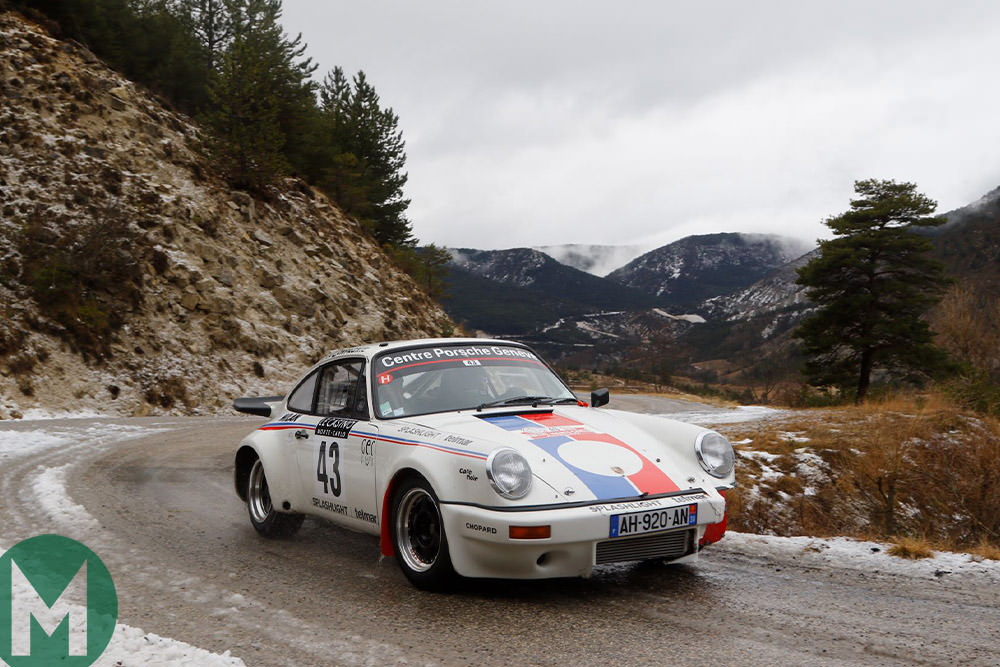 My first day of rallying doesn’t go well. I crash the car.

It happens when I’m driving through the mountains. It’s snowing, which adds to my first-day nerves. As I come around a corner at about 10-15 mph, I brake rather than accelerate, as you should do when driving a rally car. This, I quickly realise, is a big mistake. My car skids off the track and slides down towards a ravine. Fortunately, our descent is blocked by a tree.

I’m shaking, scared and frazzled. Fortunately, no one is hurt (just my pride takes a hit). The car isn’t seriously damaged, although one of the bumpers is a bit battered. We need help to get the car back on the track. I run downhill for about half a mile to get help. I feel embarrassed. A kind owner of a 4×4 helps lift our car back on to the road.

The second stage of the day is at La Motte-Chalancon, just north of the rally’s starting point.

We finish the course in heavy rain at about 6pm. I’m mentally and physically exhausted. It has not been a good day at all.

Thanks to a good night’s sleep (finally), I start the day in a more positive mood.

The morning goes smoothly except for the blizzard that batters the road ahead – three feet of snow comes down and the course is too dangerous to drive.

It’s easy to forget to eat when things are so stressful, but dinner is prepared by Michelin-starred chefs and it outweighs my breakfast of a clementine.

One of the strange things about the rally course is that most of the driving is done between the three to four stages you drive each day. You may travel up to 100 kilometres between one course and the next. The actual stages are about 30-40 kilometres. 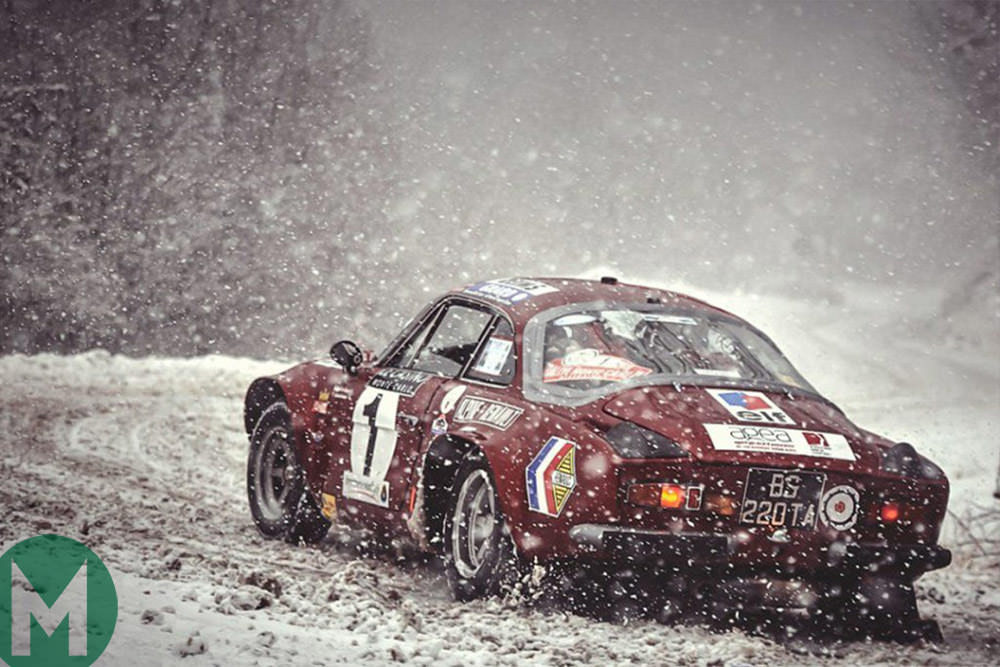 This is a picture-postcard day. We drive through snow-covered mountains, under a blue sky. But at least one road is blocked after heavy snowfall overnight. I feel like I’m finally getting in a groove. It takes a while to get used to the technical challenges of the driving, as well as the sheer mental and physical demands it puts on you.

It’s a strange mix of feelings: excitement, pressure and disbelief at our good fortune to be in the rally, and the beauty of the scenery we’re passing through. Part of the pressure I feel is to do best for my backer, Dumas, and to look after this expensive car.

Plus, I also feel my own pressure to do my best and not embarrass myself in front of the other drivers. Our rally score is improving, although the penalty we incurred for the crash seriously dented our position in the rally. The day’s driving has a rhythm, albeit a stop-start one, involving lots of bends and steep descents.

By the end of the day’s race, I’m so tired I can barely remember what day it is. It may sound strange, but during the race it’s as if you’re cut off from the outside world and your usual concerns of work, family and friends.

One thing is for sure: this rally never gets boring. I’ll remember and cherish this experience for the rest of my life.

Day 4 and 5: The finish at Monte Carlo

I feel excited to be near the end of the race. We leave the snowy mountains and drive towards Monte Carlo, which is flanked by the Mediterranean Sea. We get into Monte Carlo but the rally isn’t finished.

There’s a 30-minute break before driving about 100km to a mountain range for the final couple of stages of the rally. After two nights of snow, driving conditions are tricky.

But, at 3am, we manage to cross the finish line! I’m exhausted, but ecstatic! We have some post-race beers and talk to the other drivers. We’ve been through a lot together, so I feel like we’ve got a special bond. Finishing the race is a testament to your stamina – and your car’s mechanics.

Looking on the bright side, though, the rally had a high attrition rate. Of the 300 or so teams that started the race, only 238 finished. Finishing the rally is an achievement. 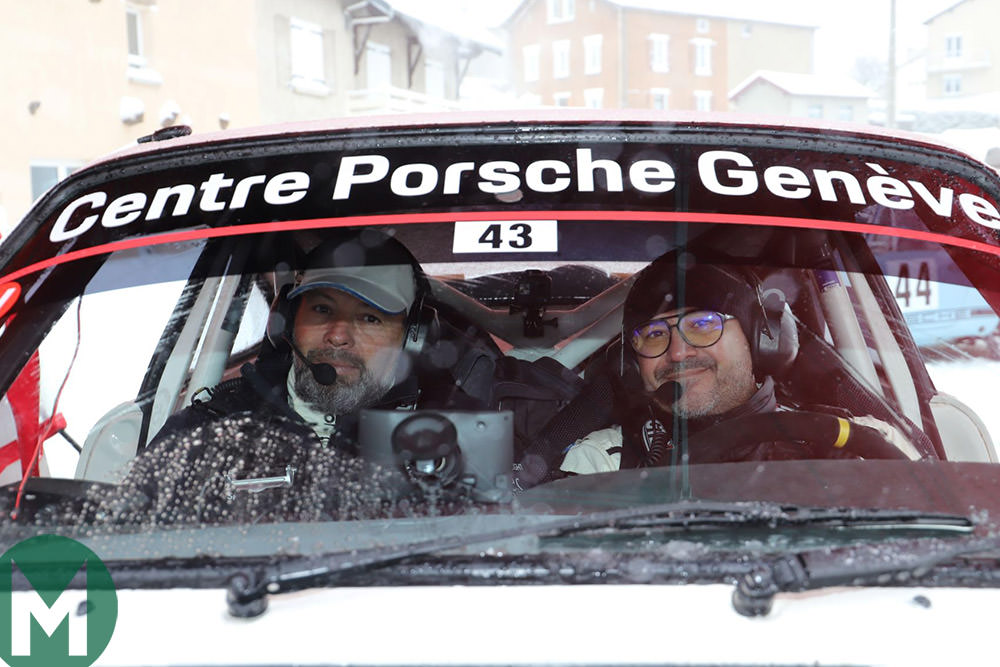 Don’t get me wrong, I’m a long way from being a professional rally driver, but now I at least understand what it takes to be one and where I need to improve my driving.

You can practice driving on a racetrack for years, but when you’re in a rally it all comes down to muscle memory and instinct.

I’m determined to do the rally again. It takes a lot of time, and a fair amount of money, but it’s worth it. Like most other things in life, you learn a lot about yourself by going outside your comfort zone. And I don’t think I’ve ever been further out of my comfort zone than in the last few days.

If you’re reading this and are thinking about doing the rally, go for it. But do your research and be prepared to feel overwhelmed by the experience, and then exhilarated.