Following in the footsteps of Björn Waldegård, Dickie Meaden ploughs through the snow of Sweden in a Porsche 911 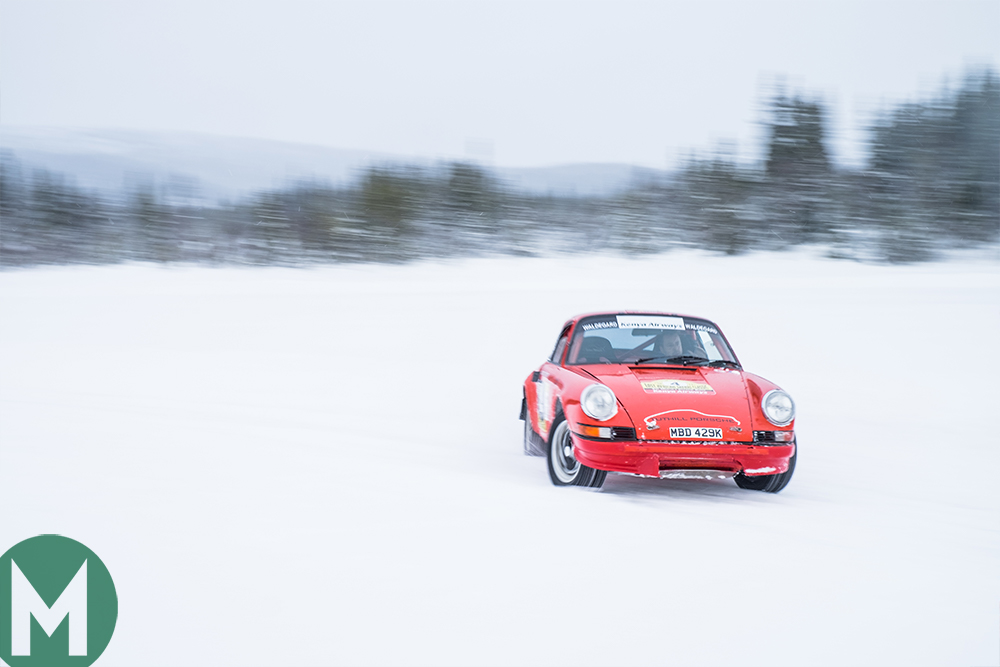 Were it not for the ‘polar vortex’ (or ‘winter’ as we called it back in the 20th century) that paralysed the UK last week, I’d be telling you all about the fabulous Swiftune-built Mini 1275GT I should have been testing in preparation for the Goodwood Members’ Meeting and its fabulous Gerry Marshall Trophy touring car extravaganza.

Instead I’m sat at home, watching more snow fall outside my window and smiling ruefully at the irony of my predicament. Why? Only a few weeks ago I was being trained in the art of driving a rally-prepared Porsche 911 in the snow and ice of northern Sweden…

The full story is in the latest April 2018 issue of Motor Sport magazine, but as I know a fair few of you get your MS fix exclusively online this seems a particularly apposite moment to reflect of two of the best days driving I’ve ever had.

If you’re a rallyist and/or a Porsche enthusiast the chances are you’ll be familiar with the name Tuthill. Specialising in preparing old 911s for historic rallying (and also having a crack at the modern WRC in a rally-prepped 997 GT3), Banbury-based Tuthill Porsche has for some years organised the Below Zero Ice Driving experience.

It’s quickly become one of the best events of its kind, with a crack squad of instructors – including Richard Tuthill and rally legends Martin Rowe and Marc Duez, amongst others – a phalanx of old air-cooled 911s, ten miles of challenging stages carved into the snowy surface of a massive frozen lake, and an amazingly liberal ‘if we’re not pulling out of the snow banks you’re not trying hard enough‘ attitude. In short, it’s a snowy vision of heaven.

I’d headed to Sweden with a very specific aim. Namely to remember the career of the late Björn Waldegård – the most successful of all Porsche’s rally drivers and the first World Rally Champion – and to attempt to get under the skin of his peerless mastery of the 911. That Waldegård was also a regular driver of Tuthill-prepared 911s and a true hero of Richard Tuthill’s made the trip all the more fascinating.

Contrary to what you might expect, his technique didn’t rely on left-foot braking – a skill you assume is compulsory for a Scandinavian rally driver. Especially one driving a car with a famously rear-biased weight distribution. As I’m a resolute right-foot braker this all sounded like very good news, but the more I drove ‘my’ 911 (actually Björn’s 2011 Historic East African Safari Rally winner, suitably shod with studded snow tyres) the more I came to realise even my nascent left-foot braking skills gave me more control and confidence than attempting to emulate his simple but utterly committed method.

In a nutshell, once you begin to understand the effect left-foot braking has on the 911’s attitude and then appreciate it gives you options into, through and out of corners (fast or slow) you’re constantly tickling the pedal. For someone with my minimal experience of judging the grip and traction available from a frozen surface, and little practical experience of how a 911 needs bossing on the brakes to really get that lightly-loaded nose to bite, left-foot braking is an unlikely source of salvation.

According to Tuthill, who rode alongside Waldegård in 911s many times, Björn didn’t need it, preferring instead to hammer the brakes with his right foot, then precisely time his steering input to coincide with that sharp spike of forward weight transfer, when the front wheels were being pressed into the surface with the greatest insistence. With the nose turned he’d then pour on the power and revel in the 911’s natural tendency to hunker down and find traction. No fuss, no time wasting, no steadying nudge of left-foot braking. Just absolute precision and fearless speed.

It’s a mark of how hard that technique is to deploy (and how much commitment it requires) that despite being a right-foot braker for almost 30-years and a left-foot braker for all of two days, I’m at a loss to understand how Waldegård wielded such control with his unforgiving and uncompromising technique. Still his results speak for themselves: a hat trick of Swedish Rally wins between 1968 and 1970, not to mention back-to-back Monte Carlo victories in ’69 and ’70. And all in 911s. Oh, and just to prove the technique worked on dirt and mud, there’s that Safari win in 2011 – the first time a Porsche had prevailed in East Africa after 40-years of trying.

Unfortunately hammering across the UK in a 911 on tungsten carbide studs is frowned upon, even when it’s midst of a polar vortex and you have a Goodwood test to attend. However, you can book a place on one of next year’s Below Zero Ice Driving events. It won’t turn you into Björn Waldegård, but it will put a bloomin’ great smile on your face.

For the full ‘Being Björn’ feature by Dickie Meaden, pick up a copy of the April issue of the magazine