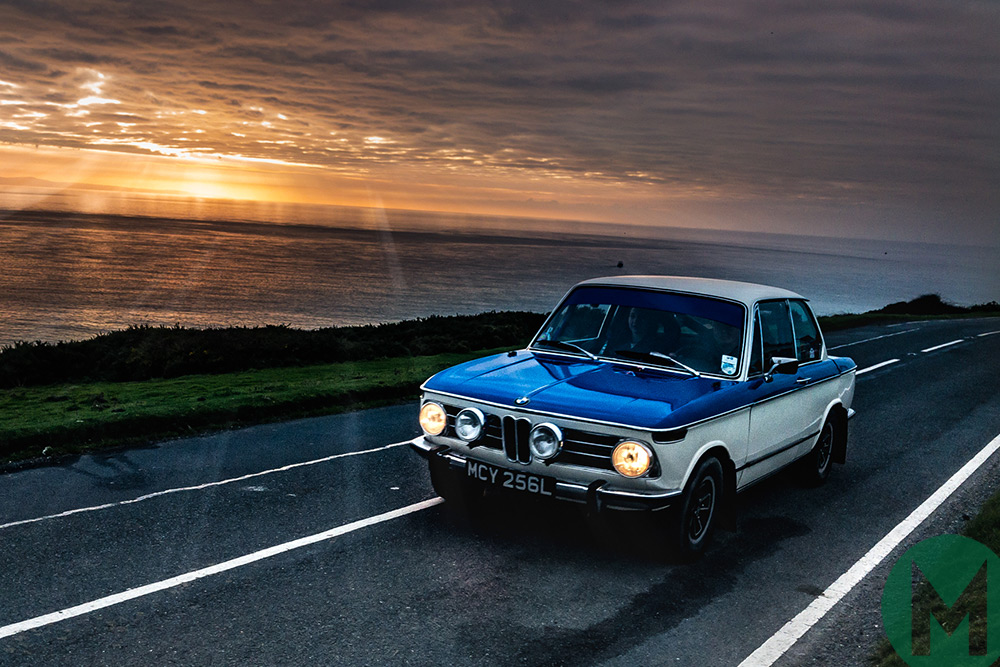 The Lands’ End to John o’ Groats classic rally takes place over four days and covers 1500 miles, and expectedly, it’ll prove a challenge for even the hardiest of the 60 other crews taking part.

The Sky Sports pundit, formerly of the BBC and ITV, will be one of many drivers traversing the UK over night and day on a trail shared by cars such as the 1957 MGA Coupe and 1985 Saab 900 Turbo. Teams from Australia, Canada and the United States are expected to compete in the globally renowned event.

Adding to the challenge will be the fact that Le Jog will be Jardine’s first classic car rally. Yorkshireman Nick Cooper will be his co-driver as the pair career through the checkpoints – which won’t be revealed until the day before the event – in a 1972 BMW 1602.

The Historic Endurance Rallying Organisation (HERO) will prepare the BMW, one of its ‘arrive and drive’ offerings. With a 1.6l M10 engine producing 84hp and 96lb-ft of torque, HERO has upgraded the BMW with a five-speed gearbox and limited slip differential, along with the necessary safety gear to compete in such an event.

“This will be a very different ‘in-at-the-deep-end’ challenge – the toughest classic road rally in Europe and a totally different motorsport discipline for me, run to the original rallying format,” said Jardine.

“I have followed Le Jog on the HERO website before and winced at the appalling, never-ending tests over four days and nights,” he continued. “I’m relishing trying to learn the art of precision driving, while attempting to play the long game. My goal is to finish, which looking at Le Jog will be an achievement in itself! 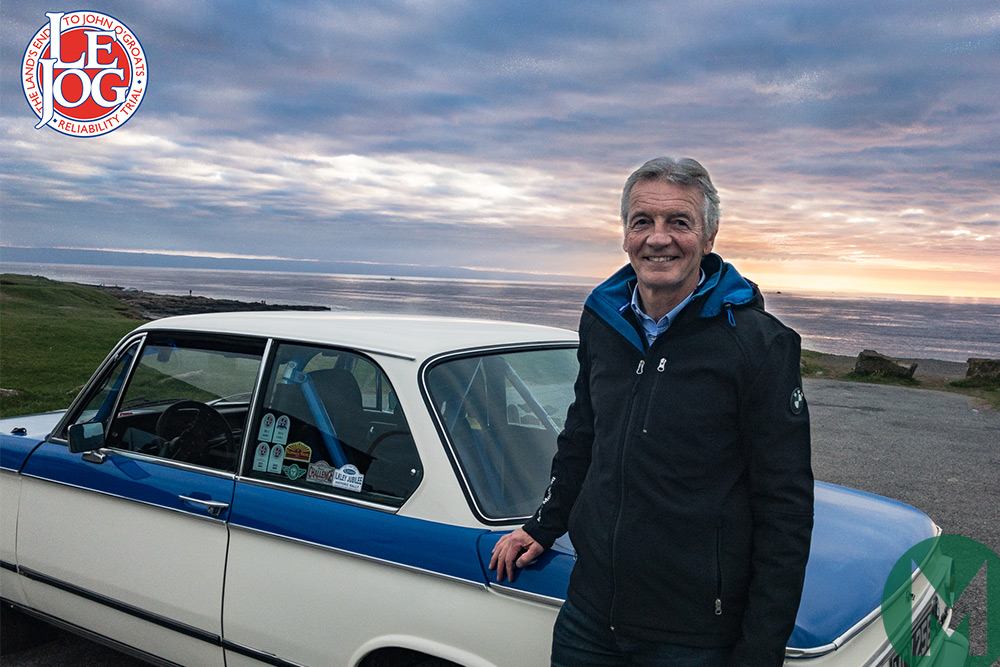 “The final 28 hours are almost non-stop through Scotland, in potentially adverse conditions, so I am expecting fatigue and sleep deprivation to affect me like never before.

“I’ve competed in 24-hour races, seven Arctic rallies and numerous Camel Trophy adventures, in jungles and across deserts, but Le Jog is set to be the toughest test for me so far!”

“Despite its gruelling look, I quietly nurtured the intent to compete one year. Thanks to Patrick Burke and the HERO team my chance has come earlier than expected – although I’m not sure I’m grateful yet!

“We’re delighted to welcome Tony to compete on Le Jog,” added HERO events managing director Patrick Burke. “It’s an incredibly tough event that is sure to challenge his vast experience in motor sport. We have many crews that come back year on year to compete on the event. It becomes an addiction to try and beat the roads, weather and fatigue that combine to make this a challenge of epic proportions in a modern car, let alone something that has no power steering and a rudimentary heater at the best!”