Jim Clark’s foray into rallying, on the RAC in 1966

In the past, we’ve seen a few Formula 1 drivers try their hands at rallying. Kimi Räikkönen caused a minor sensation when he contested Rally Finland in 2009 with an Abarth Grande Punto S2000. It was an experience he enjoyed so much that he went back and repeated it on a full-time basis in 2010 and 2011, with Citroën in the top class.

But imagine if it had been Lewis Hamilton instead competing in a World Rally Car on Rally GB this year? That’s unlikely to happen for a number of reasons – for one, mobile phone coverage in the Welsh forests is non-existent, which means that it’s impossible to Snapchat. But it did happen 50 years ago, 19 years before Hamilton was even born.

Or rather, the exact equivalent happened: the reigning Formula 1 World Champion took part in his home round of the World Rally Championship. And in 1966 that happened to be the legendary Jim Clark.

Clark grew up as a farmer on the borders of Scotland, an area that has been well known for rallying – in fact, fast driving of all sorts – since time immemorial.

And back in those days F1 drivers were willing journeymen, happy to turn their hands to pretty much any form of motorised competition both on and off the track. It was precisely this flexibility that led to Clark’s tragic demise at Hockenheim in 1968 during a Formula 2 race.

The irony is that most modern F1 drivers, such as 2009 Rally Finland visitor Sebastian Vettel, now describe rallying as being far more dangerous than circuit racing. Vettel himself admiringly said that all rally drivers basically have a screw loose.

Back in 1966 though, in the truly feral era of Formula 1, it was very different. The RAC Rally was seen as something of a safe busman’s holiday for Clark compared to the widow-making weekends that formed the F1 calendar.

Clark’s excursion on the RAC Rally came together reasonably quickly and wrote headlines all over the world. Made possible through his links with Ford, his Lotus Cortina was being run by the factory in Boreham.

Alongside the Scot was respected co-driver Brian Melia, a sign of just how seriously Clark was taking it. Compare and contrast with Graham Hill, who with a Mini Cooper S also took part in the 1966 RAC Rally but had a ‘mere’ journalist alongside him as a publicity stunt.

Hill’s presence also caused a stir but it was short-lived: he damaged the gearbox on the first day and retired on the second evening in Grizedale Forest (much to his contentment, apparently).

For Clark though, who had been trained in rally driving by his namesake Roger, it was a different attitude. He’d been practising relentlessly before the start with a view to getting the best result that he possibly could.

After the first few stages Clark quipped that they would probably have been better off with Melia driving the car, rather than a reigning F1 champion. But that simply wasn’t true. They were mostly within the top 10 stage times throughout the event: Clark took three stage wins, was second-fastest on seven more occasions, third-fastest on four stages and fourth-fastest on five stages. As a debut, it was truly astonishing since back in those days rallying was so far removed from circuit racing that it was an entirely different planet.

It was only as the rally drew to a close that Clark began to hit problems. On SS40 – a mind-boggling number in itself that shows just how much rallying has changed – he went off at Loch Achray and damaged the driver’s side of the car extensively. A number of circuit racers would have been put off by the experience, but not Clark – he was straight back in the car. Then he rolled on SS45, Glengap, at a fast left-hand corner following a flat-out crest and became definitively stuck. So it was a DNF, but not before Clark had yet again showed the world what he could do with his other-worldly talent.

“I just tripped over the border,” was how the Scot laconically put it, having run as high as sixth overall. “I analysed the accident and I knew what I had done wrong half way through the second roll. I wouldn’t do it again.” 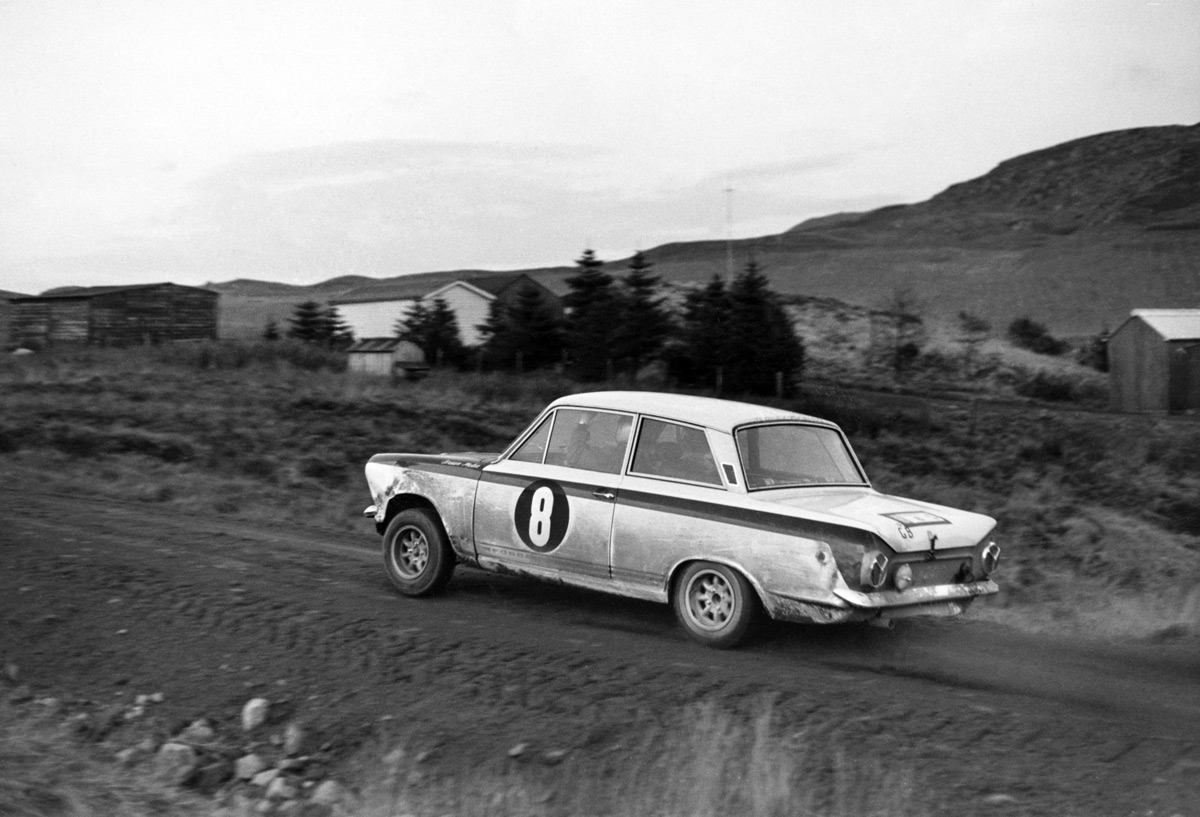 But it was actually what happened after he retired that really showed the measure of the man. The Indy 500 winner and two-time F1 world champion borrowed a car and continued to travel the rally route with the team, helping out the service crew however he could.

The eventual rally winner was Sweden’s Bengt Soderstrom in an identical Lotus Cortina, who commented: “I never knew Jim Clark was as good as that.” That year was dominated by Swedish drivers, with seven of them in the top 10 of the RAC, so this was high praise indeed.

That unique Rally GB moment for Clark may only have lasted for a few days but the legacy of it lives on. The Jim Clark Rally, based in his hometown of Duns, has been a regular and innovative fixture on the British Rally Championship. It has even been run as an all-night rally in the past.

Not far from Duns is the village of Chirnside, where Clark is buried and where his sister Betty still lives now. It was there, among the quietly bucolic countryside, still interrupted only by the engines of farmers’ boys’ souped-up cars tearing through the twisty roads at night, that Clark first found his passion for driving as a member of the Berwick and District Motor Club.

Had Clark lived to an older age, he probably would have come back to Rally GB eventually – and there would have been many more of those magic moments in the forests. Sadly, it was never to be. 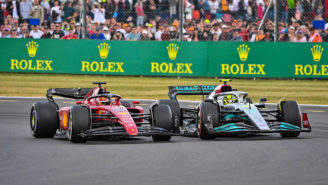