World Rallycross champion Johan Kristoffersson is ready to fight for a second WRX title in 2018, but nothing’s set in stone just yet 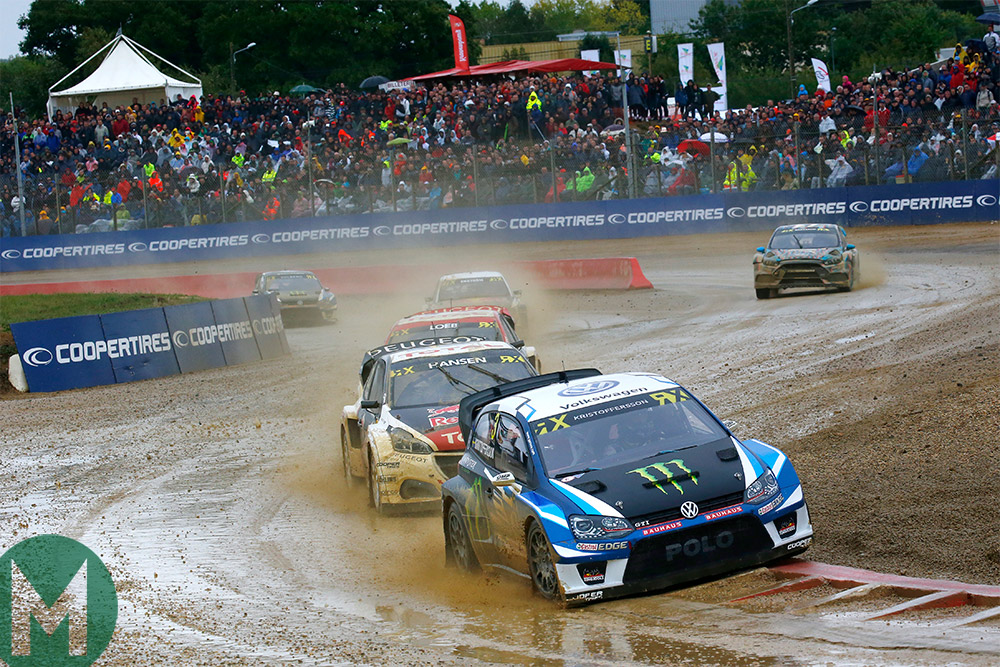 Johan Kristoffersson is a busy, busy man. Coming off the back of a WRX championship win with PSRX Volkswagen, he also finished fourth in the Scandinavia Touring Car Championship with Kristoffersson Motorsport, collecting six wins and eight podiums in the process.

A WRX title defence is naturally on the cards, but not everything is set in stone just yet.

“We’ll see how it goes,” said Kristoffersson. “Rallycross is the priority, but I will try to find some more racing on the side to get some seat time.

“The STCC calendar next year doesn’t clash with rallycross and if it’s possible to fight for the championship, that’s an extra thing to fight for, not only individual race wins.

“I’ve had a few offers, but I have to make it clear with WRX that I have a drive for 2018 before I start to figure out different things. But everything is looking good from PSRX’s side, and, chances are, I will continue with the same team, we just have to find a solution.”

If team-mate Petter Solberg stays with the Volkswagen-backed squad, then Kristoffersson expects a continuation of a productive relationship – on and off the track.

“Working with Petter has been really, really good, and it’s always tricky to have two very competitive drivers in one team as you both want to win.

“He’s a really demanding team-mate, but from day one it’s been very clear that it’s going to be the championship in focus and while we’re going to fight for it, we’re going to help each other on the way to get a real advantage.”

And that relationship between two drivers from different motor sport backgrounds helps with the crucial point of car set-up, too.

“Petter has all this rally experience and I come from a racing background. So we can mix that together and discuss different things in different directions to see which is the best. We can really work together, and we don’t try to keep any secrets.

The VW Polo GTi that Kristoffersson and his team-mate thrash on dirt and tarmac does take some hard work, but with an automotive behemoth backing them, that transition from rally to rallycross has been seamless.

“The team has supported us to give us all the tools to find that extra performance. VW’s hard work has made this car so fast for WRX, and it took a long time,” said Kristoffersson.

“It was a lot of work before we could get the VW Polo dialled in for WRX. Setting the car up for WRX is different to rally, with different tyres, suspension and weight, especially without the extra tyre and seat.

“The GTi needed little in the way of extra development this season, just small adjustments to make it faster for WRX. And the Cooper tyres are quite forgiving, but I’d like to see them even more forgiving, coming from a racing background.

“On a few tracks you need to think about the tyres as you only have eight sets to play with, but it’s not like Formula 1 where you have to get them to work within a specific window.”

Now that the ingredients are all in place, he just needs to be paired up with Solberg once again if Kristoffersson is to mount a WRX defence.