WRC machines that were driven by rally legends lead a record entry for the Race Retro Live Rally Stage PLUS win a ride in a Group B rally car! 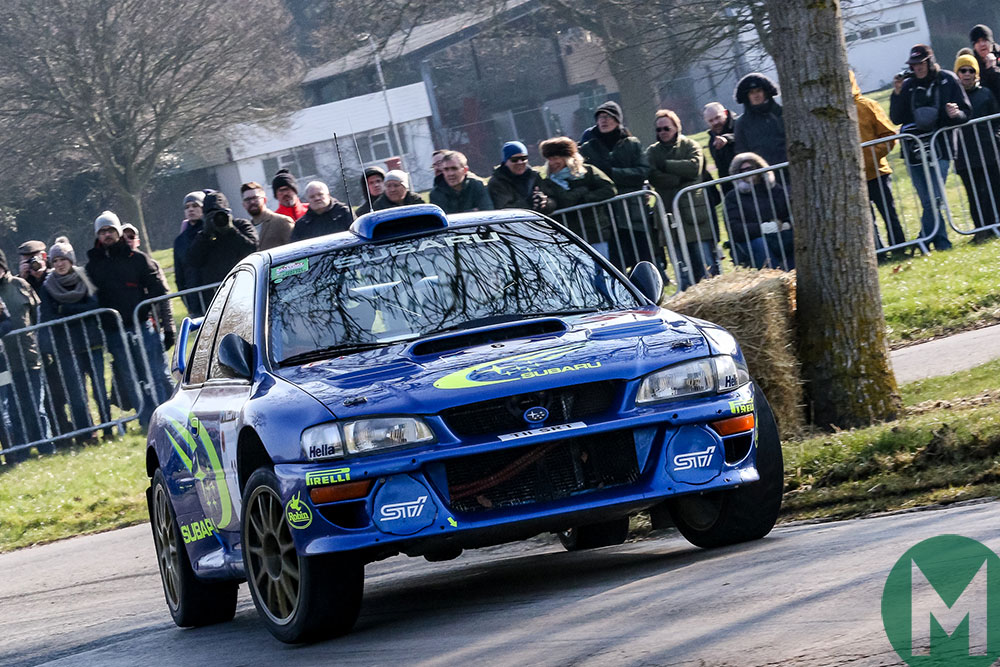 Several famous World Rally Championship cars will provide thrilling action to fans on the Live Rally Stage at Race Retro, powered by Motor Sport, after the event received a record number of entries.

The event is at Stoneleigh Park near Birmingham on February 22-24.

The live stage, organised by Rallying with Group B (RWGB), takes places over the weekend of the Race Retro event.

The grounds of Stoneleigh Park on Race Retro’s Saturday and Sunday are transformed to create scintillating live rally action for fans to enjoy, and more than 250 entries were considered in the selection to take part.

It will be joined by the Ford Focus campaigned by Carlos Sainz and Petter Solberg during the 2000 WRC season, which in Sainz’s hands finished second on the Monte Carlo Rally. The Opel Calibra 4×4 driven by world champion Stig Blomqvist on the 1993 WRC Swedish round will also star.

The Pilot Ford Cosworth, driven to victory by M-Sport boss Malcolm Wilson in the 1994 British Championship, will also be in action. As will a factory M-Sport built development super Puma 1600 that was previously driven by British champion Dai Llewellyn and current WRC Toyota driver Kris Meeke.

“The quantity of entries for Race Retro this year has been amazing but the quality of the vehicles that enthusiasts will be able to see up close and in action is off the charts!,” said RWGB organiser Tim Foster.

Motor Sport readers can enter an exclusive prize draw to win a high-speed rally ride in a Group B machine during the weekend of Race Retro, thanks to Rallying with Group B.

The ride will happen as part of Rallying with Group B’s Live Rally Stage, which runs over the weekend of the show.

All entrants must be aged 14 or over and must be a minimum height of 135cm. Visit www.raceretro.com for full terms and conditions.