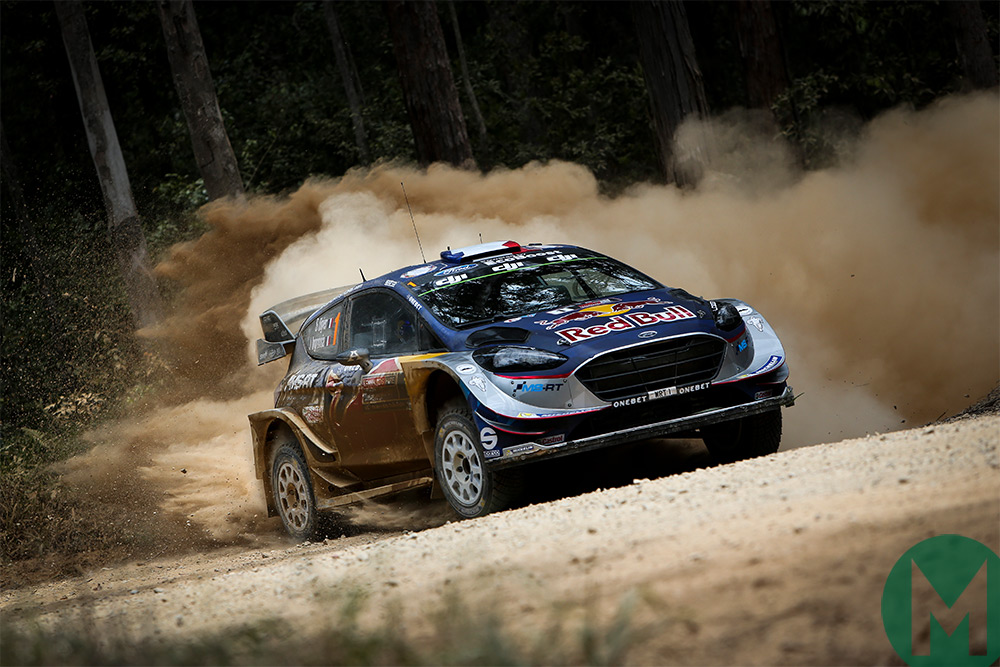 With the 2017 World Rally Championships for drivers and manufacturers under M-Sport’s belt, you’d think team chief Malcolm Wilson would be gunning for the same again next season – but he isn’t so sure.

“It must be said that we will never replicate what we did this year,” said Wilson. “Let’s be honest, the Rally GB win, and taking those mammoth titles, is history. Don’t get me wrong, we will still be trying very hard, but to achieve what we achieved this year, in the manner that we did, will not be repeated.

“I wouldn’t say I’m confident that we will finish on top next year, either. I think everybody else will be stronger; Hyundai has strengthened its driver line-up, and in this business, you can’t stand still. We won’t stand still, and we know that the opposition will also get stronger.

With five-time champion Sébastien Ogier and Rally GB winner Elfyn Evans at the helm of the team’s Ford Fiestas, M-Sport has one of the strongest driver pairings – but when it comes to intra-team rivalries, Wilson’s money is on Ogier.

“It gives the driver so much confidence to win a home rally, so I think it’s worth a small wager on Elfyn next year,” said Wilson. “He’s just improved so much and, now that he’s had that Rally GB win, I know what confidence that’s given him.

“That said, there’s no question – it’s a very tough ask [for Evans to beat Ogier]. If you look at Sébastien, he’s the best driver in the world and a five-time WRC champion.

“I know that Evans can do the job when it comes to it. I wouldn’t be putting him where he is otherwise. The only thing lacking from Elfyn’s side is the experience. Being totally realistic, I think it’ll be the second half of the season when he becomes a threat. I’ve seen it before, with drivers like Thierry Neuville. There are specific areas where Elfyn is very good, such as in mixed conditions like Spain, and for sure we know that he can be very, very strong.”

Coming off a season in which he became the first Welsh winner of Rally GB and the first British winner of the rally since Richard Burns in 2000, Evans also believes that beating Ogier will be a stiff challenge.

Switching from DMACK tyres to Michelins, following his promotion within M-Sport, could help his cause.

“We have to try to do as well as possible on every individual rally,” he says. “We certainly weren’t able to show anything like the consistency we needed to challenge for the title in 2017, but to be honest the package didn’t always allow us to challenge the front-runners.

“Séb is an incredible driver and he has five world titles to his name. It’s a great opportunity for me to be working alongside him and he’s a fantastic benchmark for me.”