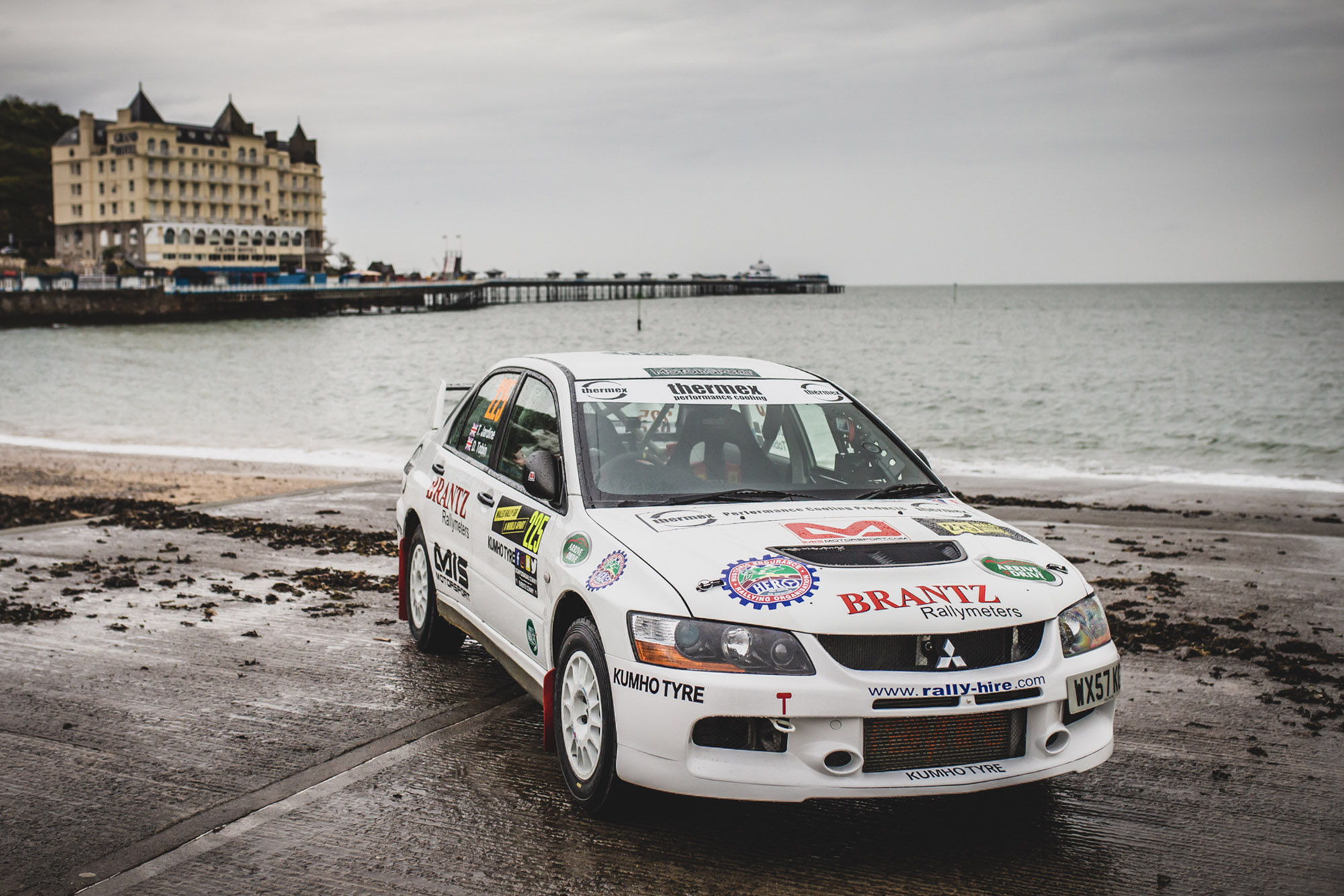 Some shoppers at Asda, Llandudno frowned while others stared wide-eyed yesterday morning, as the leading contenders for Wales Rally GB burbled down the streets, a short distance from their trolleys.

The Toyotas of Ott Tänak and Kris Meeke trundled in town centre traffic ahead of the start of this weekend’s event, which is based around the North Wales coastal town.

Rally cars have taken over the seafront, which is being used as a service area for the latest machines, attracting crowds of spectators to see this year’s World Rally Championship machines, as well as their predecessors, competing in the National Rally, which runs at the same time.

Among them was Motor Sport’s 2-litre, all-wheel-drive Mitsubishi Evo IX, which arrived yesterday morning, ahead of the start of the two-day National Rally today.

It hasn’t moved very far yet, with most of Thursday taken up with signing on sticking on sponsor logos and scrutineering, which entails a short trip into town. 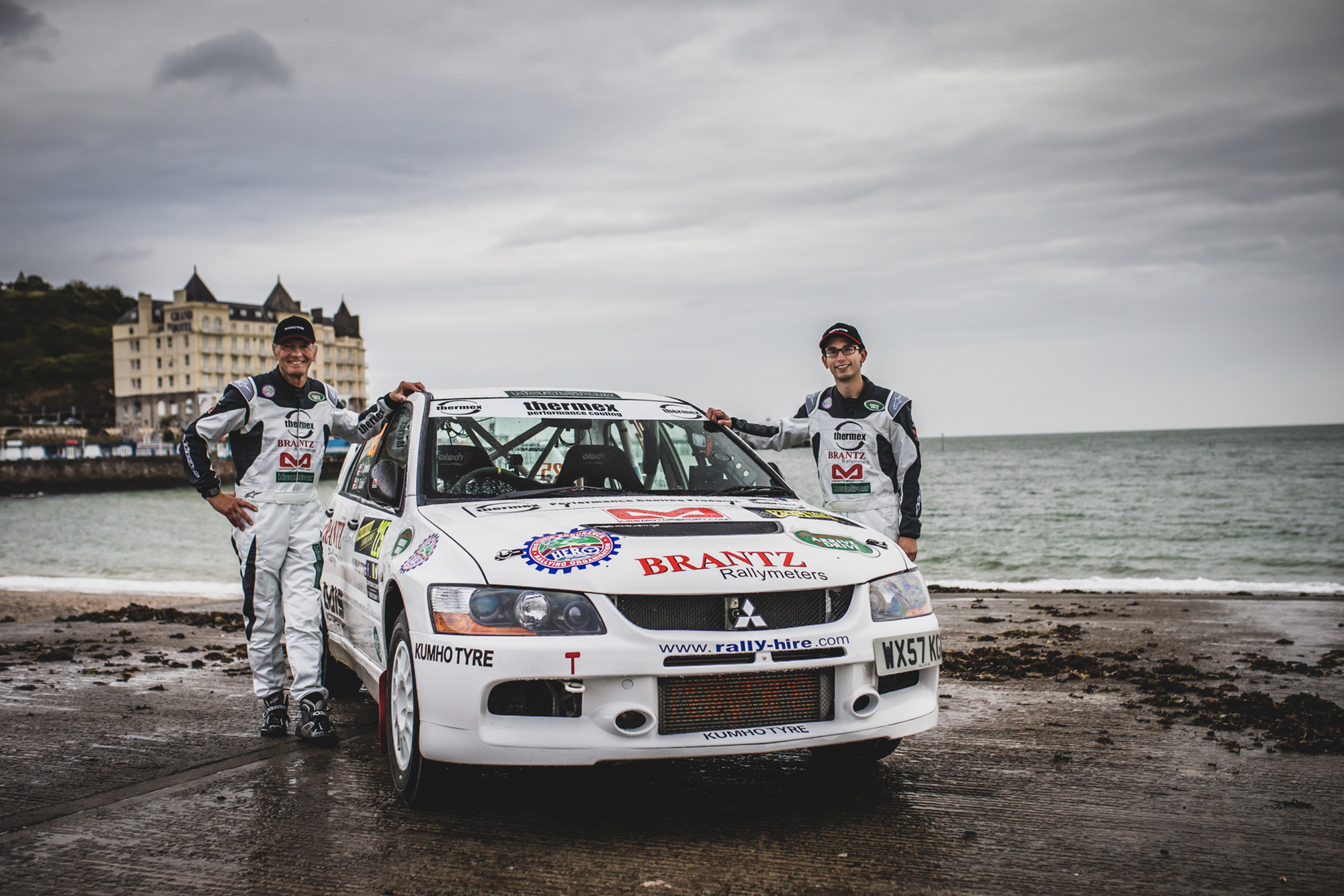 Shiny new suits and smiles… for how long? Photo: Will Broadhead

But that’s all set to change today when our experienced driver, Tony Jardine, takes to the stages accompanied by me, Motor Sport’s digital editor.

The initial 6.21-mile stage will finally reveal whether a few weeks of videos exercises have really transformed me from novice to navigator, who’s able to read pace notes in a car that’s sideways and airborne in the Welsh countryside.

With routes that snake from one hairpin to another, alongside drops to catch out the unwary, there’s a strong incentive to get it right. 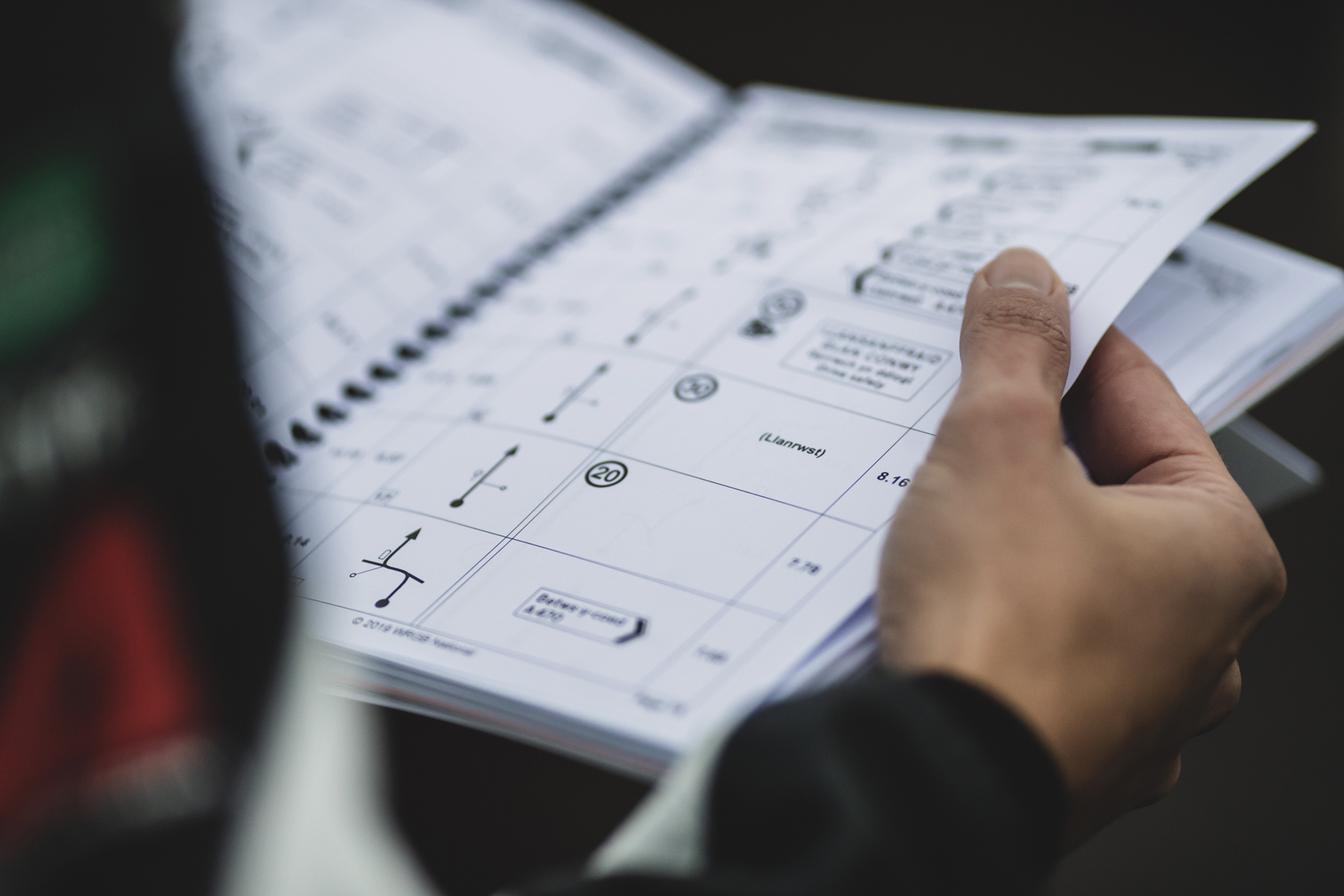 There’s little time for errors when navigating between stages Photo: Will Broadhead

This is all assuming that I manage to direct Jardine to the stage at our precisely allotted start time, using the turn-by-turn diagrams in the rally road book.

We’ve practised changing a tyre in under two minutes if we get a puncture; the procedure if we crash; and what happens if we get stuck in roadworks (panic).

It’s set to be an intense couple of days behind the dashboard and I’ll be updating this blog with news on our successes — or failures — along with insight into competing in Wales Rally GB. 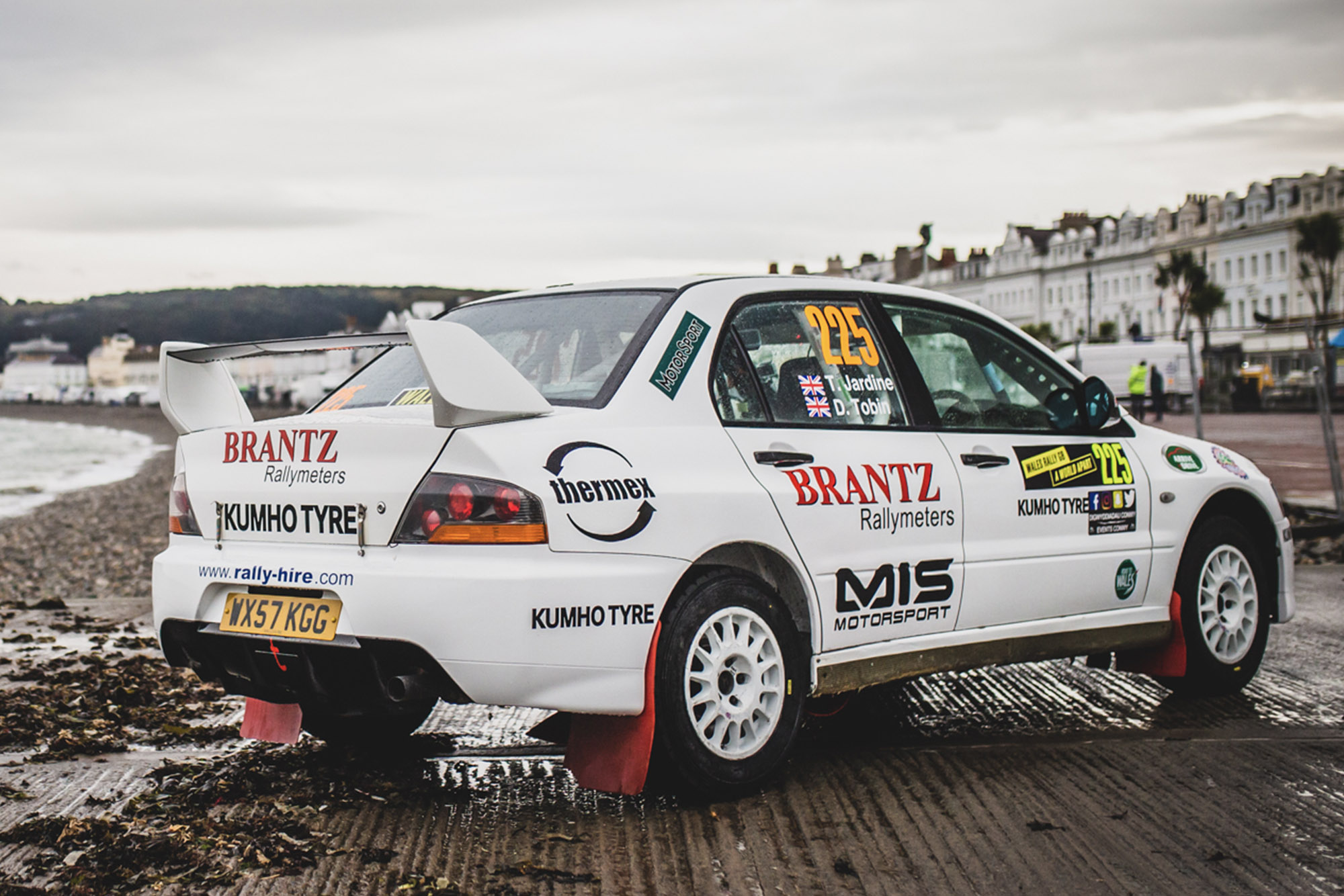