Delays, a puncture and a novice navigator on the early stages, but Motor Sport is currently ninth in the Wales Rally GB National Rally 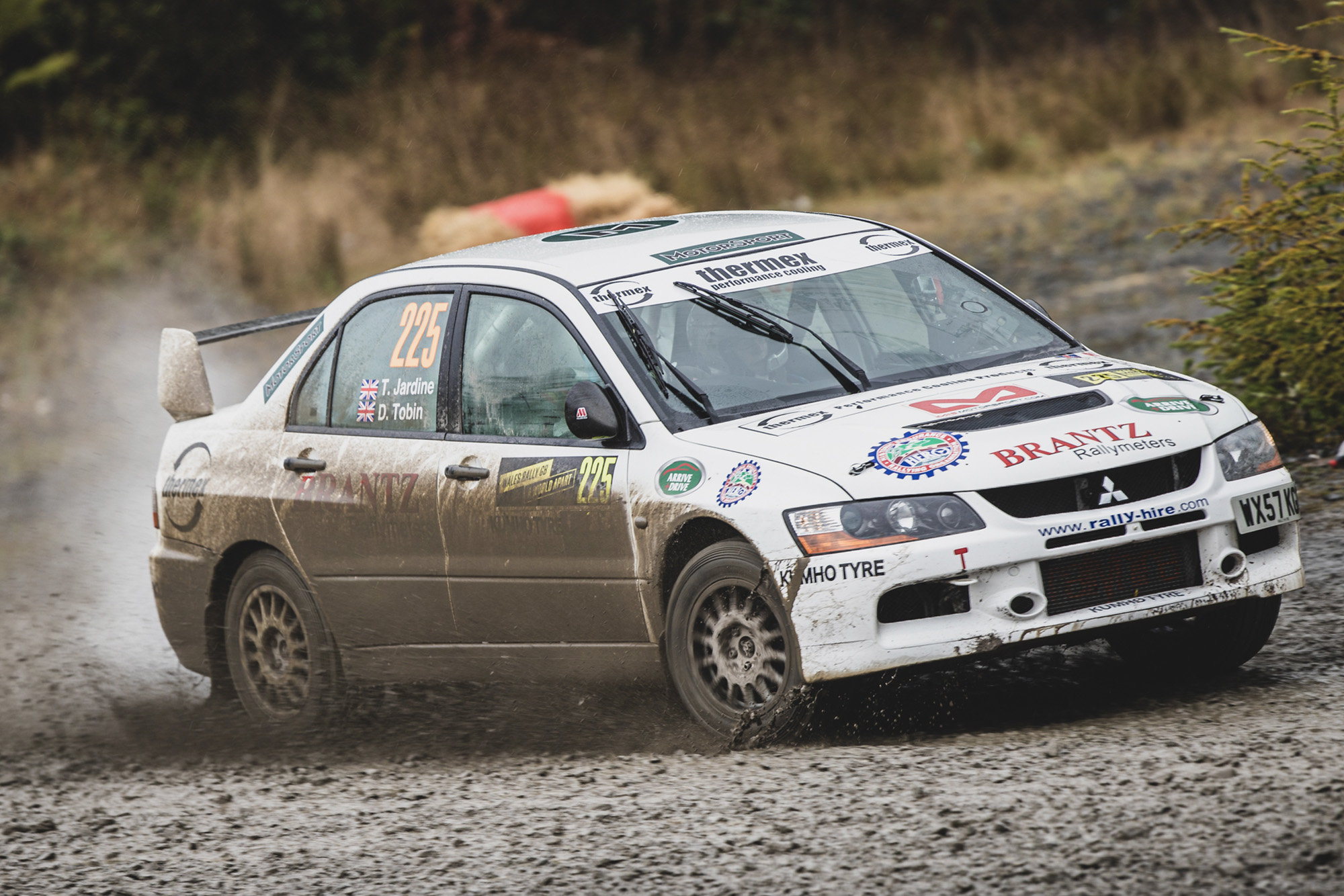 Rain, rocks and sheer drops hold no fear for rally drivers, but mention temporary traffic lights, and you might well see them tremble.

A set of roadworks could cost a driver victory in Wales Rally GB, with strict time limits enforced, and penalties applied for every minute that you’re late to a time control.

Which is why, as the seconds ticked by this afternoon and Motor Sport’s car sat in a queue as a temporary traffic light refused to shift from red, alarm set in.

The first day of the National Rally — running on many of the same stages as the World Rally Championship event — took myself and driver, Tony Jardine, across the back roads of North Wales.

Most trips followed a similar pattern: a route that looked easily do-able in the required time, followed by a delay, then panic. 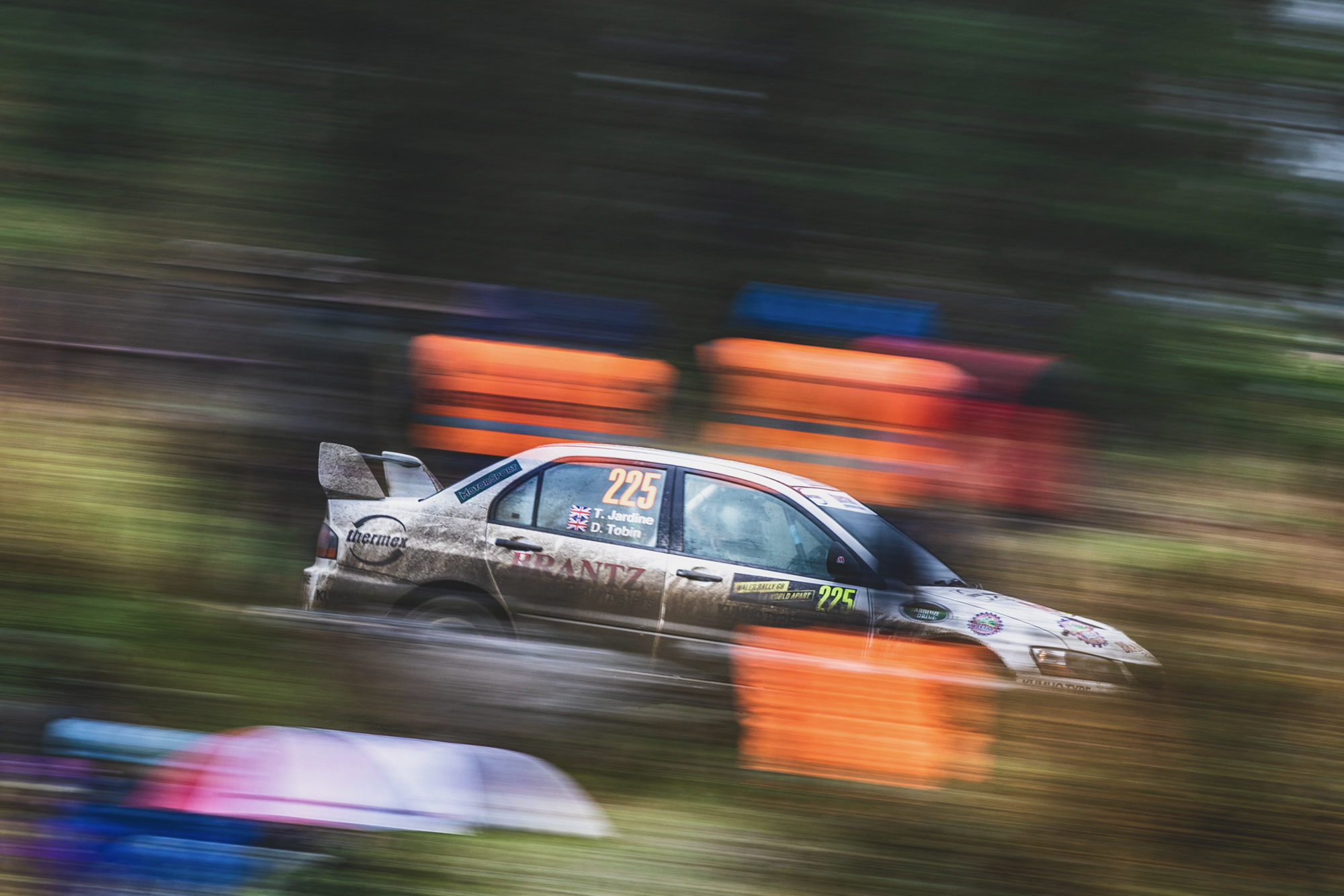 In action on Day One Photo: Will Broadhead

As well as the temporary traffic lights, we crawled behind buses, tractors and trailers, took the odd wrong turn, and then there were the lengthy fuel stops.

We used public filling stations, where we had to wait our turn for the pumps, and then again to pay, behind customers with baskets of food.

It all left very little margin for error, and with limited opportunity to make time up on the public roads, where rally cars have no exemption from the law.

But some nifty driving from Jardine and intense concentration on the directions from me, meant that we arrived at the first stage of the rally with three minutes to spare.

I swapped the directions for pace notes and prepared to navigate my first ever rally stage.

The rain drummed on the windscreen and formed rivers of mud on ground that was already saturated. The treacherous conditions would later see Jari-Matti Latvala crash heavily. Just the start for a novice.

Shouting out upcoming corners over the noise of flying gravel underneath the car, the tight and narrow corners arrived faster than my lips could move.

“Er lost,” I said apologetically over the intercom, as Jardine continued, second-guessing hairpins and blind crests.

A junction marker brought me back to the right point, and we were back on the pace. This time, I was talking faster, a wide grin on my face as we slithered through the stage at Elsi.

As the day went on, through the hairpins and crests of Penmachno, the loose surface of Slate Mountain, and the mud of Dyfnant, I stopped losing my place quite as much (although I did turn two pages by accident and almost directed us into a hedge).

It looked like the practice had paid off, as we climbed into the top ten and pushed through the stages brimming with confidence. 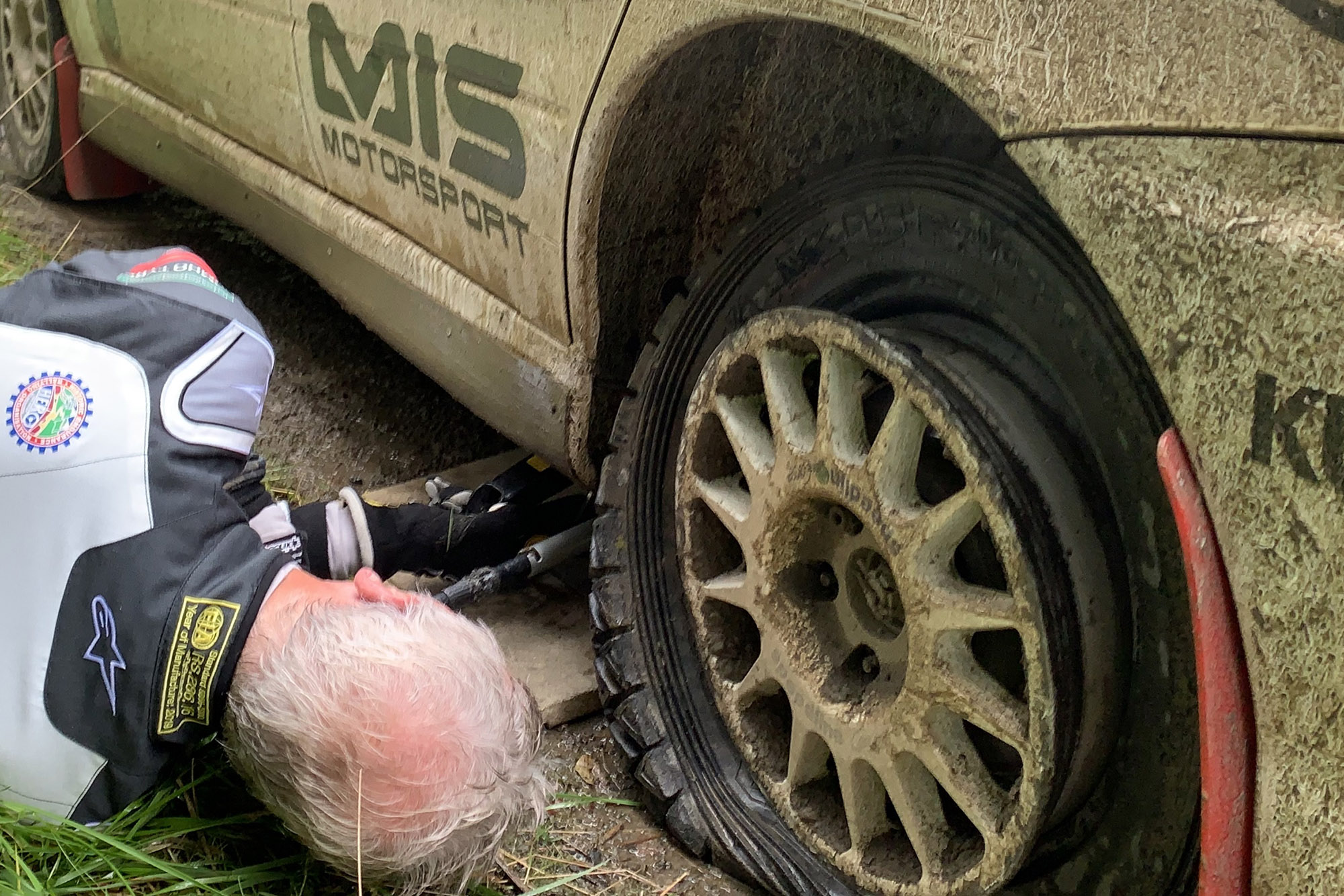 Then we were suddenly facing sideways on a straight. A puncture 2km from the end of the stage threatened to end our run. Metal clanked on stone as the tyre disintegrated and we limped to the end, pulled over and yanked open the boot to pull out a jack and spare tyre.

The four-minute tyre change was reasonable but left us with just 40 seconds to spare for the final stage of the day. We pulled on our helmets and pushed on.

Our pace kept us in ninth position of the National Rally overnight, out of 58 competitors. A top ten finish is still on — if we can avoid temporary traffic lights on Saturday.