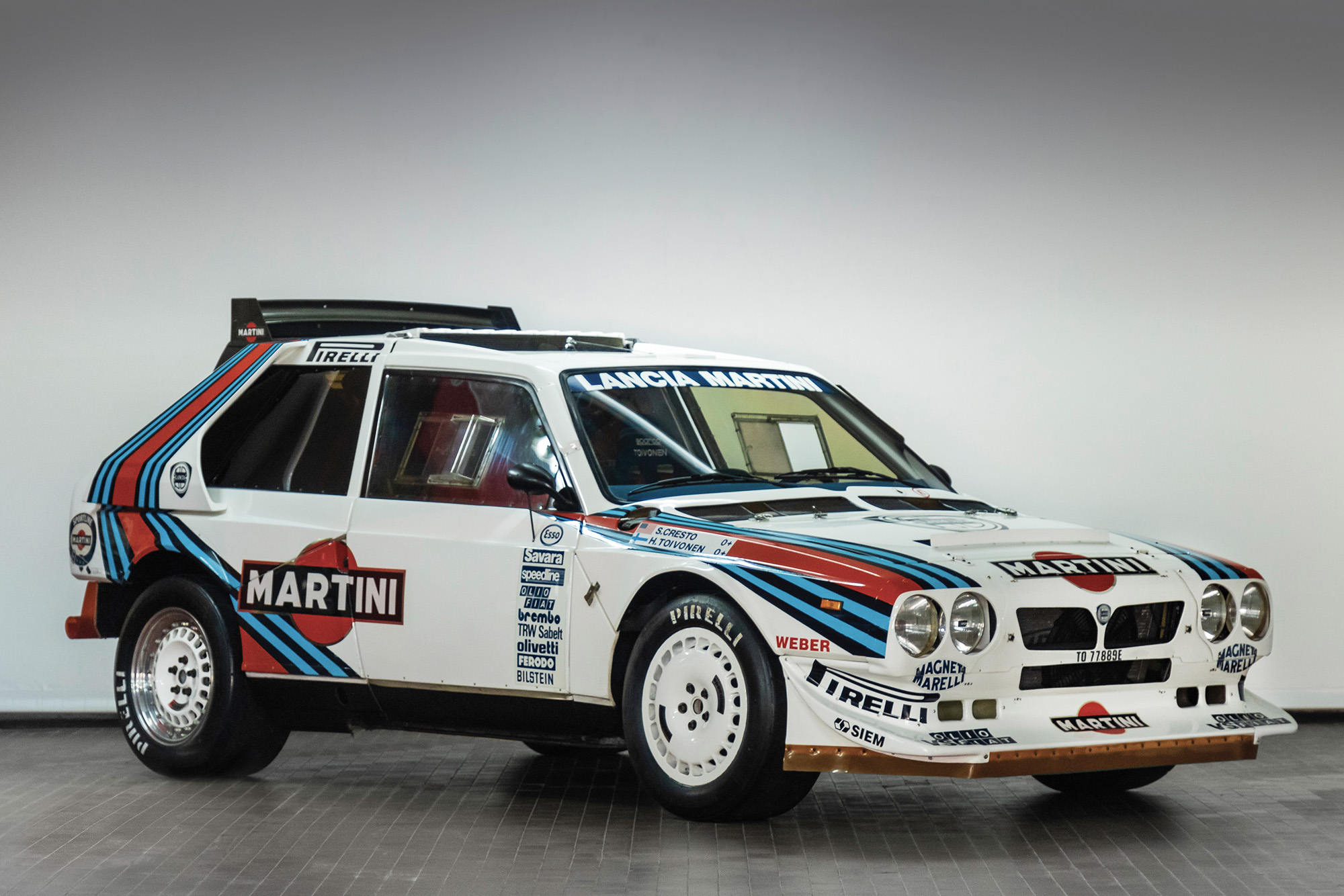 Henri Toivonen drove the car to victory in the Nottingham-based rally, spearheading a 1-2 finish for the new, high-tech, four-wheel drive Delta S4. The two cars won 41 of the event’s 63 special stages.

Fitted with a carbon-fibre spaceframe and 550bhp turbocharged engine, which was also supercharged to reduce turbo lag, the Delta S4 marks the pinnacle of Group B rally cars, along with the Peugeot 205 T16.

The two cars fought for the 1986 World Rally Championship, barking, crackling and hissing their way through stages across the globe.

But it would be the final year of the Group B monsters: the category was banned after Toivonen and co-driver Sergio Cresto lost their lives in a crash involving a different Delta S4 on that year’s Tour of Corsica. 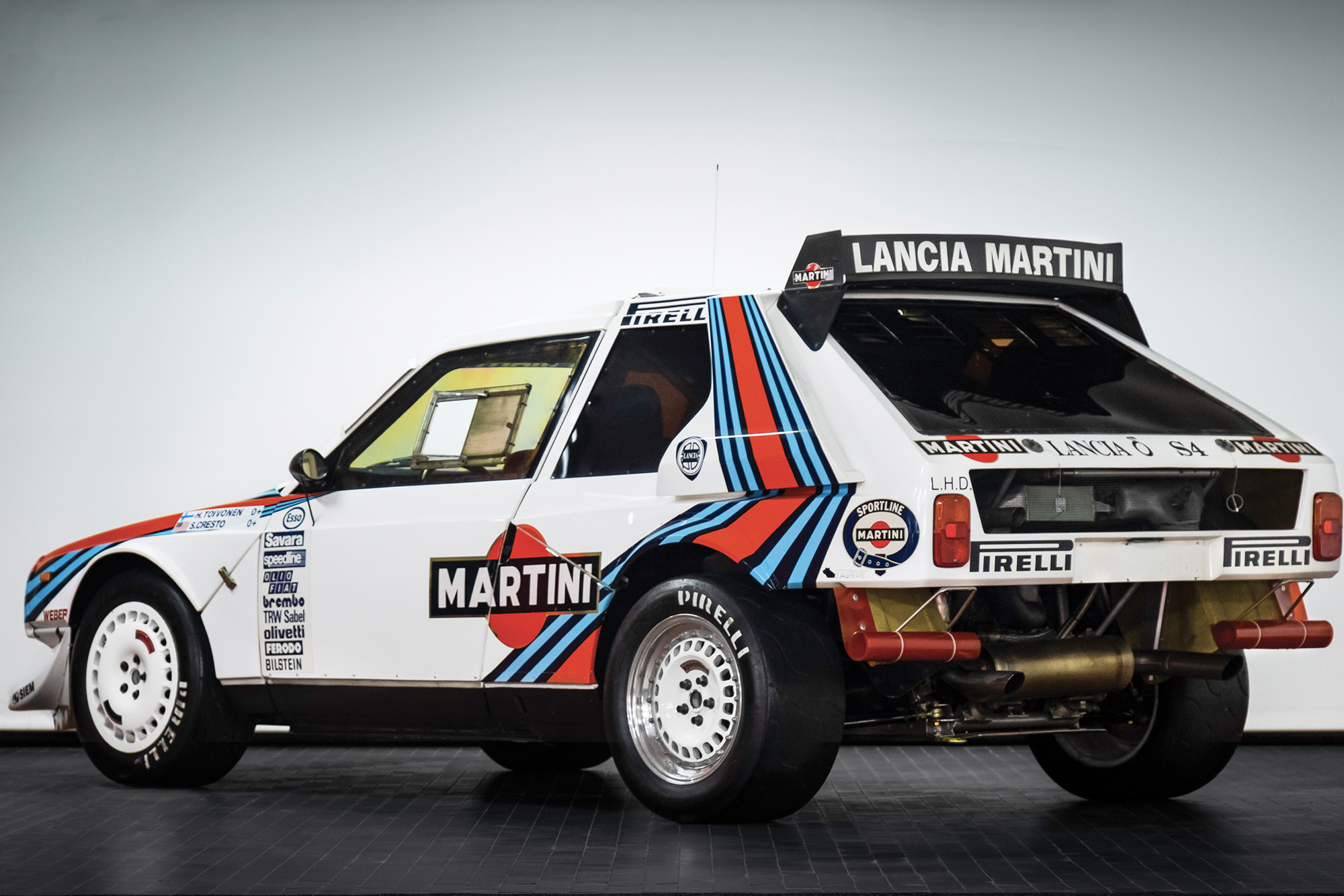 The Lancia went under the hammer at RM Sotheby’s London auction on October 24, with an estimate of between £725,000 and £800,000. After a competitive bidding process, the hammer came down at £764,375, which includes the buyer’s premium.

The successful bidder’s identity is not currently known, but they are the new owner of chassis 202, one of 28 Lancia Delta S4 models built.

After more than two years of development, this was the car that launched the Delta S4 onto the international rally stage in 1985, competing in the RAC Rally for Martini Racing alongside a second car that was driven by Markku Alén. 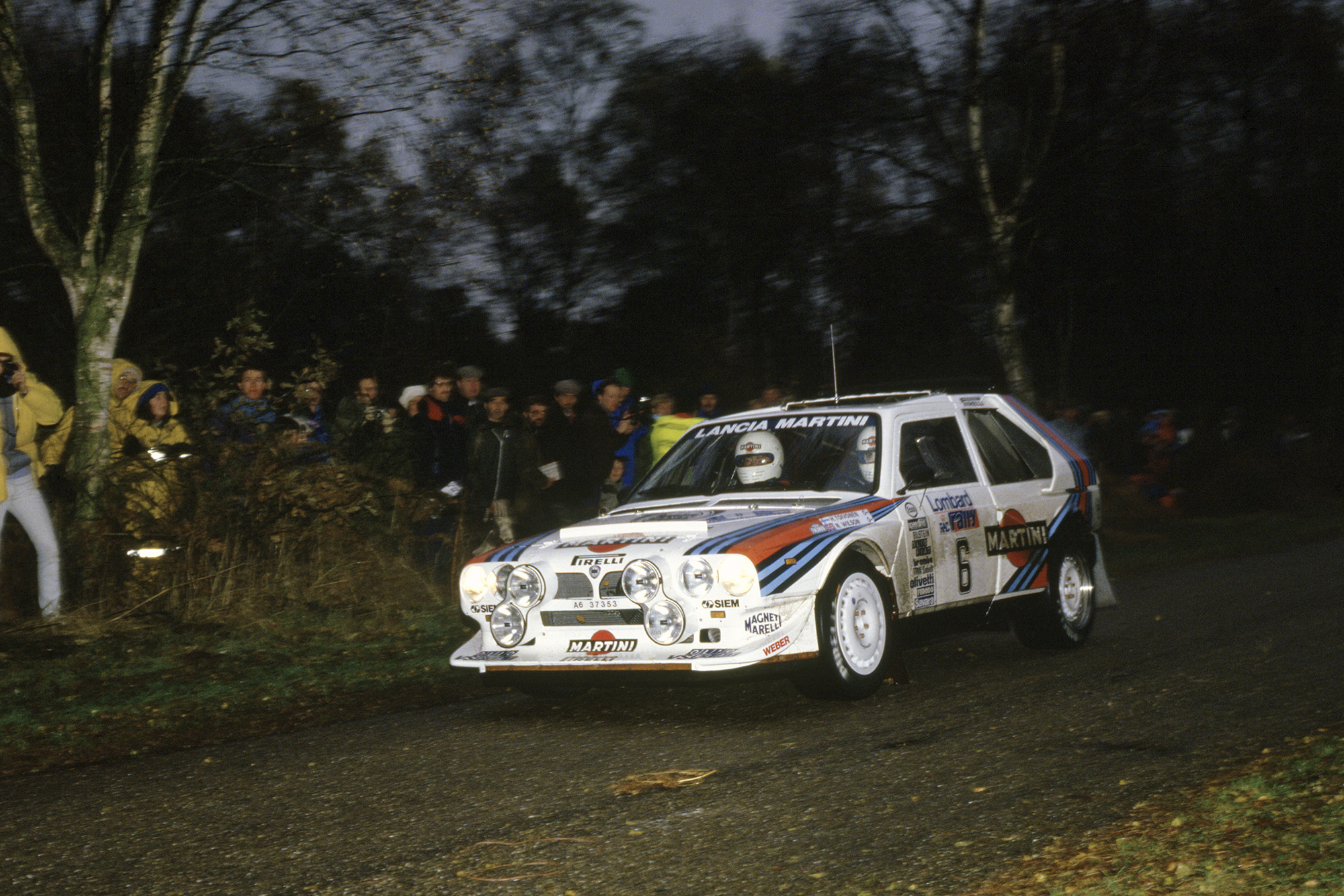 Chassis 202 in action at the 1985 RAC Rally Photo: Motorsport Images

Through bitterly cold, ice-covered stages across England, Wales and Scotland, the new Lancias showed their pace, with Alén taking an early lead. Despite rolling the car on its roof during a Scottish stage, Toivonen followed behind in second.

He took the lead when Alén wedged his car in a ditch, driving up the finish ramp in Nottingham to take victory alongside his co-driver for the event, Neil Wilson. 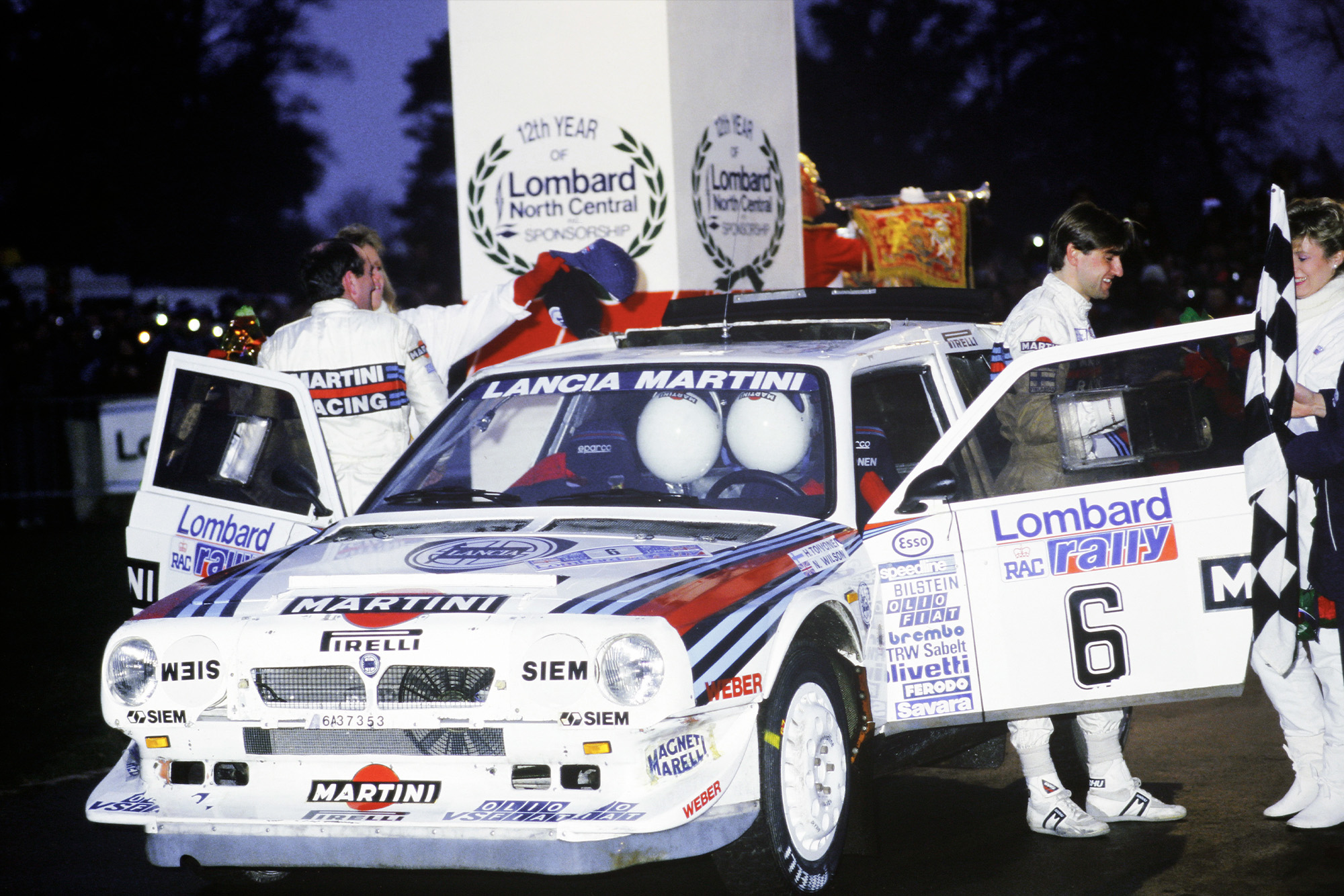 It was the first and last World Rally win for chassis 202, which went on to be used as a T-car at the Monte Carlo, Swedish and Costa Smerelda rallies the following year — presumably with the roof damage repaired.

Lancia’s Alén ended the season with more points in the drivers’ championship, but the title was settled in court — after a dispute over the eligibility of the Peugeot in the San Remo Rally — in favour of Peugeot’s Juha Kankkunen. 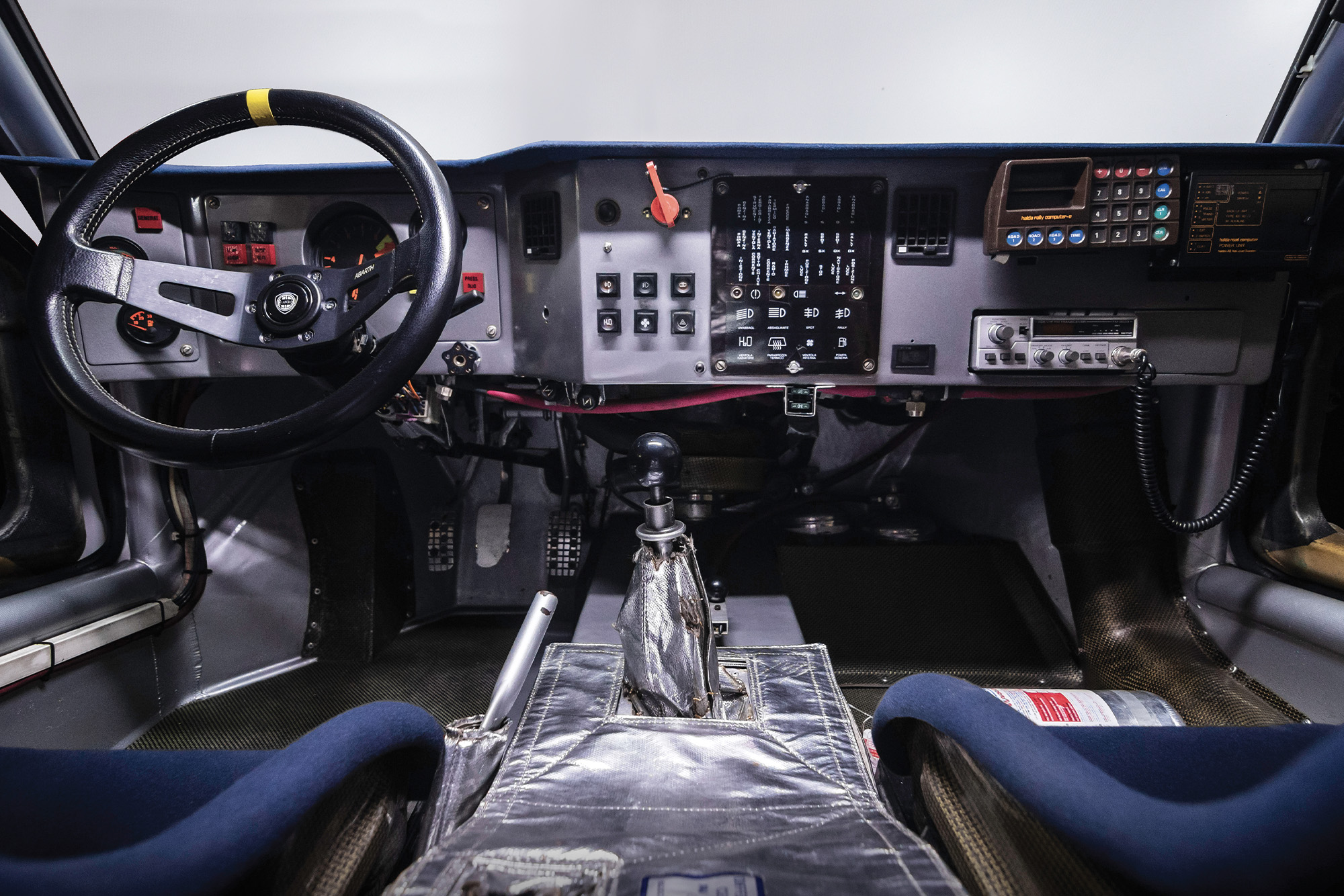 With the demise of Group B, the Delta S4s were dispersed. Chassis 202 has since competed in historic rallies, and was also driven by Harri Toivonen, the brother of Henri, in a demonstration during the 2016 Rally of Finland to mark the 30th anniversary of his brother’s death.

A restoration has removed any trace of RAC Rally mud, but the names of Toivonen and Cresto remain embroidered on the seats.

This article was updated following its sale on October 24, 2019; some of the following comments may refer to an earlier, pre-auction version.