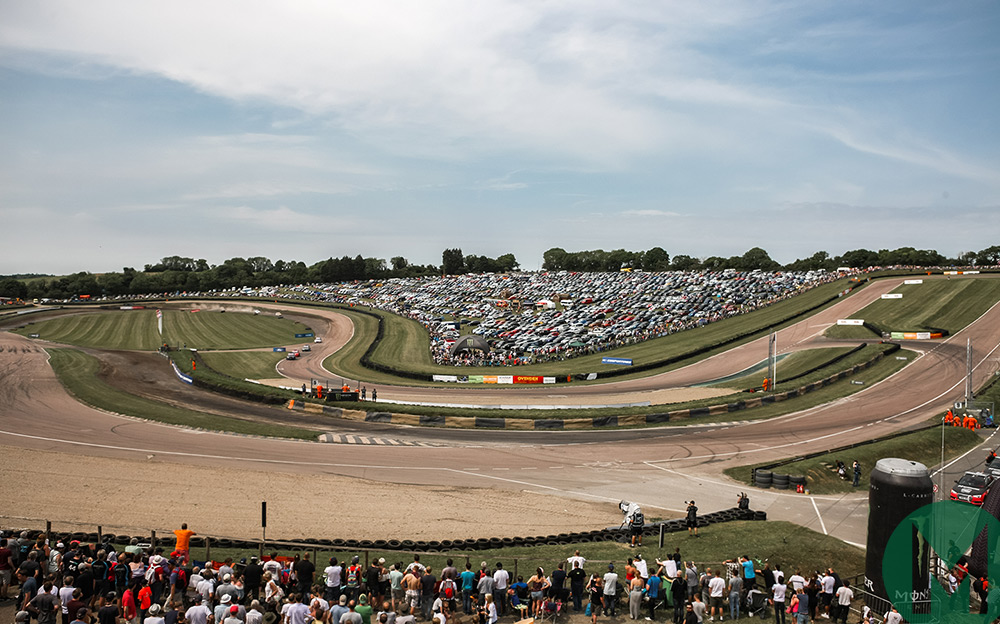 World Rallycross has captured a moment and it seems to know exactly what it needs to do with it, regardless what some might think.

In Britain the dust has just about settled on the latest and last round at Lydden Hill, the home of rallycross. It was there that 50 years ago Vic Elford trudged his Porsche 911 through the mud to win the first ever rallycross event. Now rallycross, on the world stage at least, is flying the nest to Silverstone from 2018 onwards.

But not before one final fling.

The Lydden Hill venue is one of the last of the old guard. No glitzy suites, just a proper paddock, portable loos, panoramic views and close guardrails. And a crowd. A big one. The most international and partisan one you’ll come across, too, full of whooping, cheering and booing more usually found on the football terraces. “You don’t cheer a loser,” shouted one across the thin circuit to a group of Ken Block fans. “He’s just a celebrity driver!”

Rallycross lends itself perfectly to the social media generation. The races are short and sharp, with slides wider than the grins in the crowd, against a soundtrack of popping and banging.

It’s just what motor sport needs right now. The banks were full of all types: hardcore fans from the continent, merchandise-decked lads on their first pint at 9am, Dads and sons, plus far more than the usual number of families with cool boxes of sausage rolls.

The manufacturers, for better or worse, have noticed. Ford and VW are fully-fledged works entries – the former choosing to run the Focus despite the Fiesta being far better suited to most circuits. It’s all slide, point and squirt, so the shorter wheelbase works best.

Audi has taken a different approach; it’s ‘assisting’ multiple DTM champion and reigning WRX winner Matthias Ekström’s private team EKS. “It’s the first relationship of its kind for Audi,” explains the team’s Audi PR, who has one eye all weekend also on Audi’s winning N24 exploits. “EKS has done all of the development work.”

A handful of engineers have been placed into EKS, but team owner Ekström is in total control – on and off the track. For those at EKS it’s liberating; there are no sensors allowed so all of the feedback comes from the one in the driving seat. And as long as the car fits the required box of length and width, almost anything goes. So Audi has styled the Audi S1 (no, not that one) with Group B cues. And it looks spectacular.

Just like the racing. It is relentless. The next grid is being lined up while the previous completes its in-lap so if one race is dull, there’s just minutes until the next. And the starts are something else – five wide in the qualifying rounds on a track barely wide enough to fit them in.

Things on-track shouldn’t be any different when it officially swaps the home of rallycross to the (self-professed) home of British motor sport. Off track things certainly will be. The event already has its name, ‘Speedmachine’, and claims to be bringing street food (from DJ BBQ, which does exactly what it says on the tin hut), music and racing together.

It’s the first festival of its kind for championship promoter IMG: “We didn’t want ‘just another’ rallycross event”, they say. “It’s for everyone, from Steve McQueen fans to Lightning McQueen.”

Silverstone’s Stuart Pringle made no bones about why it’s the best place to hold such an event, now the circuit has acknowledged there can be more to motor sport than just racing. “We are right between two arterial motorways,” he said. “We have a dual carriageway right to the doorstep, proper infrastructure, toilets…” he said with fervour.

The new track was in use, with the Monster Energy-hyped drivers saying all the right things – just like those on stage. It could hardly be less Lydden, flat and twisty, with a fairly huge jump. Grandstands seats will be a must, but there’s a year for Silverstone to make the viewing experience match what the festival will warrant. Tickets won’t be cheap, £50 for Sunday or £90 for the weekend, grandstand seat included.

It’s a difficult ridge rallycross finds itself on. It has clearly outgrown Lydden – though it wasn’t uncomfortably full on Saturday and Sunday – and there’s money to be made from its rapid ascent. The logical place to go to would have been Brands Hatch, a place with a history of rallycross. And hills. Natural ones.

The challenge Silverstone has on its hands is a big one. It has to produce, and whether the rallycross regulars will trek to the midlands is uncertain. One thing is for sure, the FIA World Rallycross stars will have the on-track entertainment covered. Now, in many senses, it’s over to Silverstone.