He’s also competed in the Dakar, won multiple times at Pikes Peak, including taking the Volkswagen ID R, VW’s all-electric racing car, to victory on the infamous hill climb, also claiming victories in the VW green machine at Goodwood and the Nordschleife.

So, what does a man who’s won so many key races, and at the vanguard of e-sport do in his spare time? Well, he gets involved in classic rallying, of course.

“It was always my dream to be a rally driver” he explains. “I had never considered circuits, but then I entered a talent selection series when I was 16, I never expected to win it but then I did and so began the journey that would see me become an endurance specialist.”

Of course, we all know how well the circuit career evolved, but for Romain the rallying bug was always there, and in 2008 he would get a chance to do something about it.

“In 07 my team boss at the time told me that there would be some good prize money if we won the ALMS title, but I knew he had a Porsche rally car and so I said I don’t want the prize money, I want to go rallying. We won the title and so I got to have my first try at the sport I loved.”

There followed dalliances with stage rallying in a Porsche 996 GT3, largely in the French Tarmac Amateur Trophy, but eventually there were some WRC appearances and increasingly more classic rallying events in a 911 SC, including a win at the 2016 Tour de Corse Historique, when he fought tooth and nail with Erik Comas.

“It was a really fun event” he recalls, “It was great to fight with Erik because of course we have history since 2001.” But what is it about the classic scene that he enjoys so much, and what has bought him to Corsica this year?

“I am not driving this year. I have racing commitments, and in fact don’t seem to have as much time for this sort of thing anymore. But I would love to do more, it’s a totally different kind of event, much less pressure and of course it’s more enjoyable than modern rallying as these days the rally just stays in one place. This is great for the competitors and the teams, as they get to see much more of the island.” 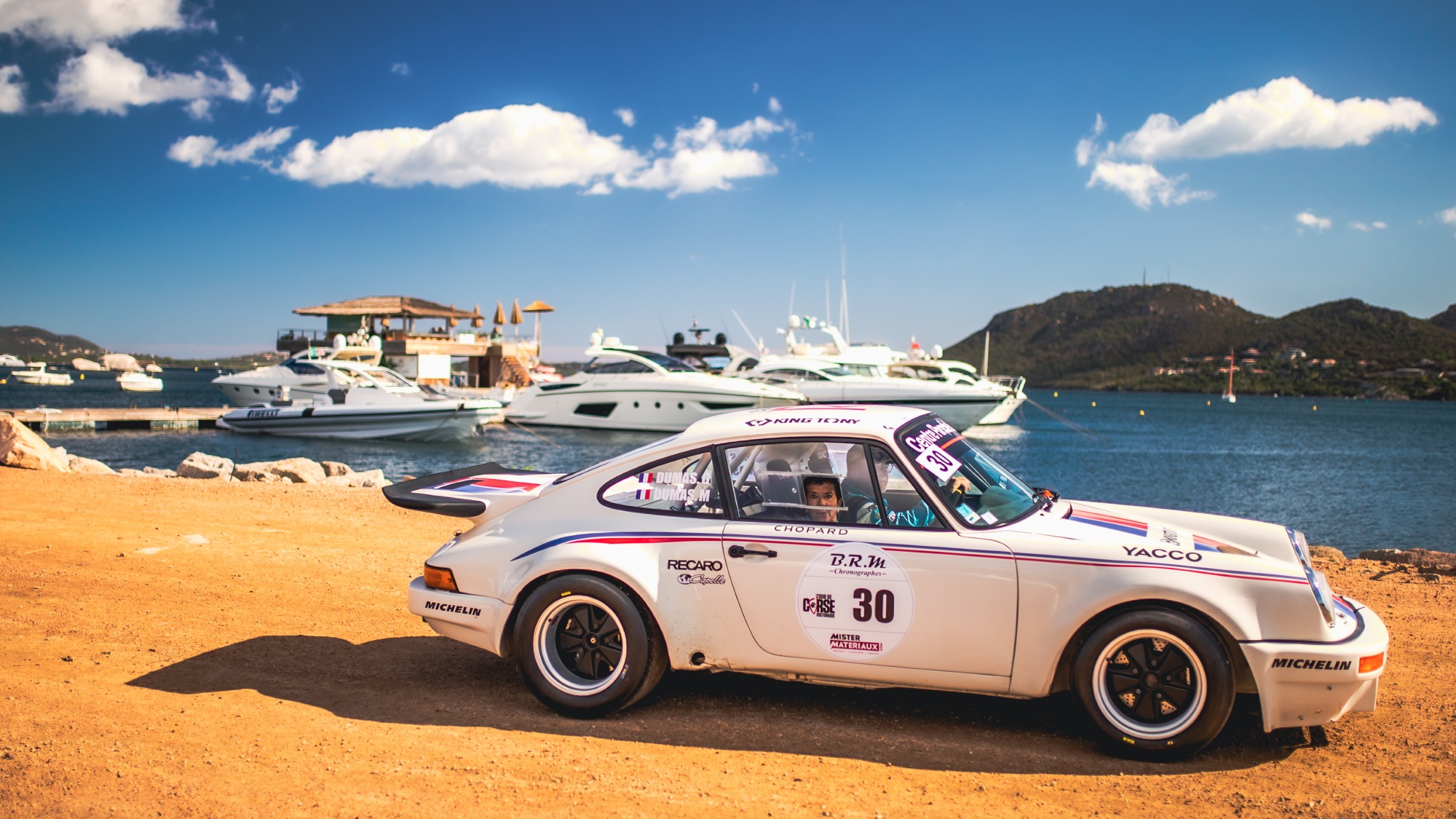 He is referring to the traditional format of the Historique, where the rally moves to a different town each night and travels the island as it always used to, the ‘Tour’ in Tour de Corse.

This year, he has a team of five cars entered, predictably largely made up of Porsches and one BMW. Two of the cars are entered into the full beans VHC category, and the other three are competing in the regularity section of the event.

There must be some pressure on his shoulders then, but the Frenchman seems unruffled by this. “Running the team is relatively easy. Of course I have been doing this for some time now with rallying and with my own Dakar team, and we have taken customers to Pikes Peak. But the people that we get involved are easy to work with, as we share the same philosophy. If they are not a good fit then we don’t run them, chemistry is more important than ability to drive.”

This is quite a refreshing mantra, and shows the man who has made a career out of his passion still retains the love for the sport, and the desire to compete just for competitions sake. But can he see himself doing more of this in the future?

“For sure, I would love to be driving this week, it is such a special event and there is a really fantastic camaraderie between everyone here. But for now, my priority is still endurance racing and whilst I am competitive, I want to continue.”

He also hopes to go back to Dakar, despite his 2020 attempt ending in a fireball, “I am a little bit stupid, so this event really appeals”, and that he had wanted to get involved with Extreme E but could not convince Porsche to enter.

Clear then that Romain see’s his immediate career still being in sports cars, but that the future is very much an open book. With such a desire to compete and experience in such a great variety of categories and vehicles, it is likely that the name of Dumas will be appearing on race rosters for a long time yet.