This MG Metro 6R4 is brand new, still coated in wax from the factory, and for sale at the Silverstone Classic 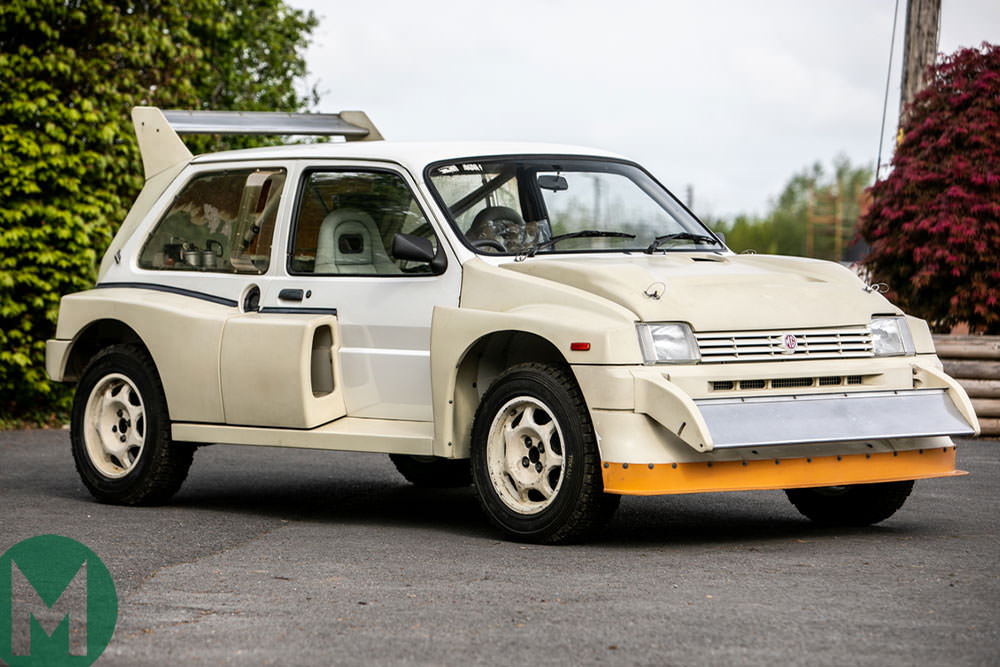 The MG Metro 6R4 was a Group B rally car borne out of a Williams Formula 1 test in 1980 at Paul Ricard, and now a brand new 6R4 is up for auction.

Purchased as a kit car from the MG factory in 1986, this one was displayed at the Donington Park Museum from 1996-2002, and has just seven miles on the odometer.

The story goes that BL Cars (formerly Leyland Cars) and the Williams F1 team were sharing space at Paul Ricard in 1980 as BL was pondering how best to market its new MG Metro, and Williams wondering how to topple Ferrari after its 1979 triumph.

Williams co-founder Patrick Head‘s attention was piqued by the MG marketing department, which wanted to sell its new Metro hatchback to the British public. Head pushed for a four-wheel-drive Metro, and MG paid a modest sum to the F1 team that it sponsored to build a high-performance hatchback.

Honda was considered as an engine supplier, having provided competitive V6s to Formula 2 teams, engines for the Triumph Acclaim, engines for the upcoming Rover 800 series. and the Williams F1 team.

However, the V6 that was being developed for the Rover 800 series was deemed unsuitable for the short, squat Metro and a new one needed to be developed.

Williams put engineer Brian O’Rourke to work on the chassis – a steel monocoque with a centrally-mounted engine – and in 1983, the MG Metro prototype came to life. It was called the 6R4: a six-cylinder rally car with four-wheel-drive.

John Davenport (formerly Austin-Rover’s motor sport boss) writes in Group B: The rise and fall of rallying’s wildest cars that neither Honda nor Rover had a car to suit FISA’s regulations at the time, and so a three-litre naturally aspirated V6 was chosen with former Cosworth engineer Mike Bradbury on board.

DFV experience would drive the 6R4.

However, the UK government’s Department of Transport was fully against the 6R4’s noise, vibration and comfort and wouldn’t allow it to be mass-produced. To avoid this problem, MG decided to produce 200 kit cars or “clubman” versions, partially completed, to bypass the government’s regulations.

The decision to sell 6R4s as kit cars saved the company nearly £2.5 million and 18 months in the build process, according to Davenport.

With wings from a Williams FW06 F1 car, the car bore just a passing resemblance to the road-going hatchback and the MG board of executives met in 1985 to give the factory the green light.

Those wings, though ostentatious, were crucial to the car’s performance, as rally driver Tony Pond told Motor Sport in 1997.

“Without the wings the car didn’t function at all – and it was only adequate with them,” he said. The engine, however, was the big problem.

“In the early days it was unreliable, throwing cam belts, and in the end we discovered a massive hole in the power band,” he said.

“The drivers had been complaining about this all along, there was just nothing at about 5000rpm, but the engine guy thought it was only a minor dip.

“The problem didn’t show up on the dyno and it wasn’t until Austin Rover built a new one, where the engine could be run with the exhaust system attached, that we saw where the problem came.

“I guess that the ex-works cars, ones worked on since Group B was scrapped, are actually better than the ones we had, but ours had all the problems of a turbocharged engine without the grunt. And given that the whole idea of using a normally aspirated engine was to get over that exact problem, you can see where we were struggling.”

“But when the car was working it was incredibly quick. I once got a 0-60mph time of 2.8 seconds out of it and something equally phenomenal when we tried the 100-stop time.”

The full story of the MG Metro 6R4

Now there was just the question of getting the car homologated to compete in the RAC Rally. Power was therefore increased from 240bhp to 400bhp with an improved throttle body, and the Rover-built connecting rods and camshafts were replaced by bespoke parts.

Finally, instead of the fibreglass body panels, Kevlar ones were fitted. The MG Metro 6R4 evolution was born, and 20 were built.

Pond and co-driver Rob Arthur finished third overall in the rally, but when Joaquim Santos crashed into spectators at the 1986 Portuguese Rally, Group B was over. 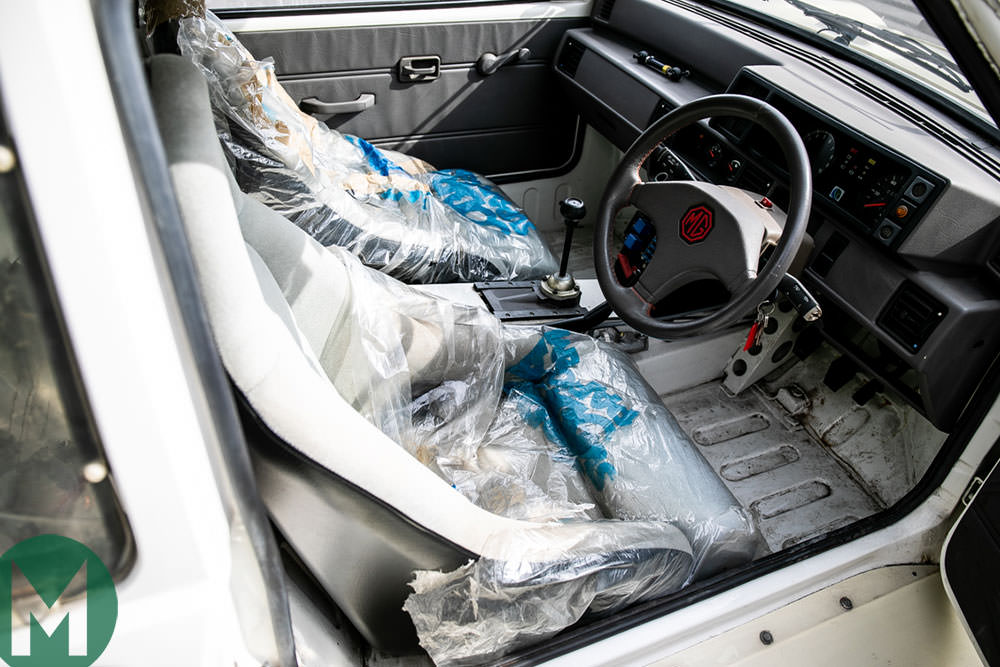 This Metro 6R4 is a throwback to Group B’s glory days. It’s unregistered, brand-new and still coated in factory wax as it was in 1986 when the Abingdon factory sold it.

The rally car, raring to go, was instead kept on jacks at the owner’s home until May 1996 when the owner’s widow contacted the Donington Museum and had it loaned for the long-term.

It was driven a few miles up the road and in 2002 it changed hands again with just five miles on the clock. The other two miles came from running the engine on stands.

Still eligible for a number of historic rallies, the Metro 6R4 is a toy waiting to be taken out of its box. The only question is whether its new owner will play with it or keep it away from the mud and rain.

Pond summed up the 6R4’s footnote in Group B rallying history: “I don’t miss the car, although when it was going well it was really great fun to drive.

“But I didn’t really get the results with the car and it seemed that it took a lot of work to get very little back, unlike the [Triumph] TR7 that came before.”