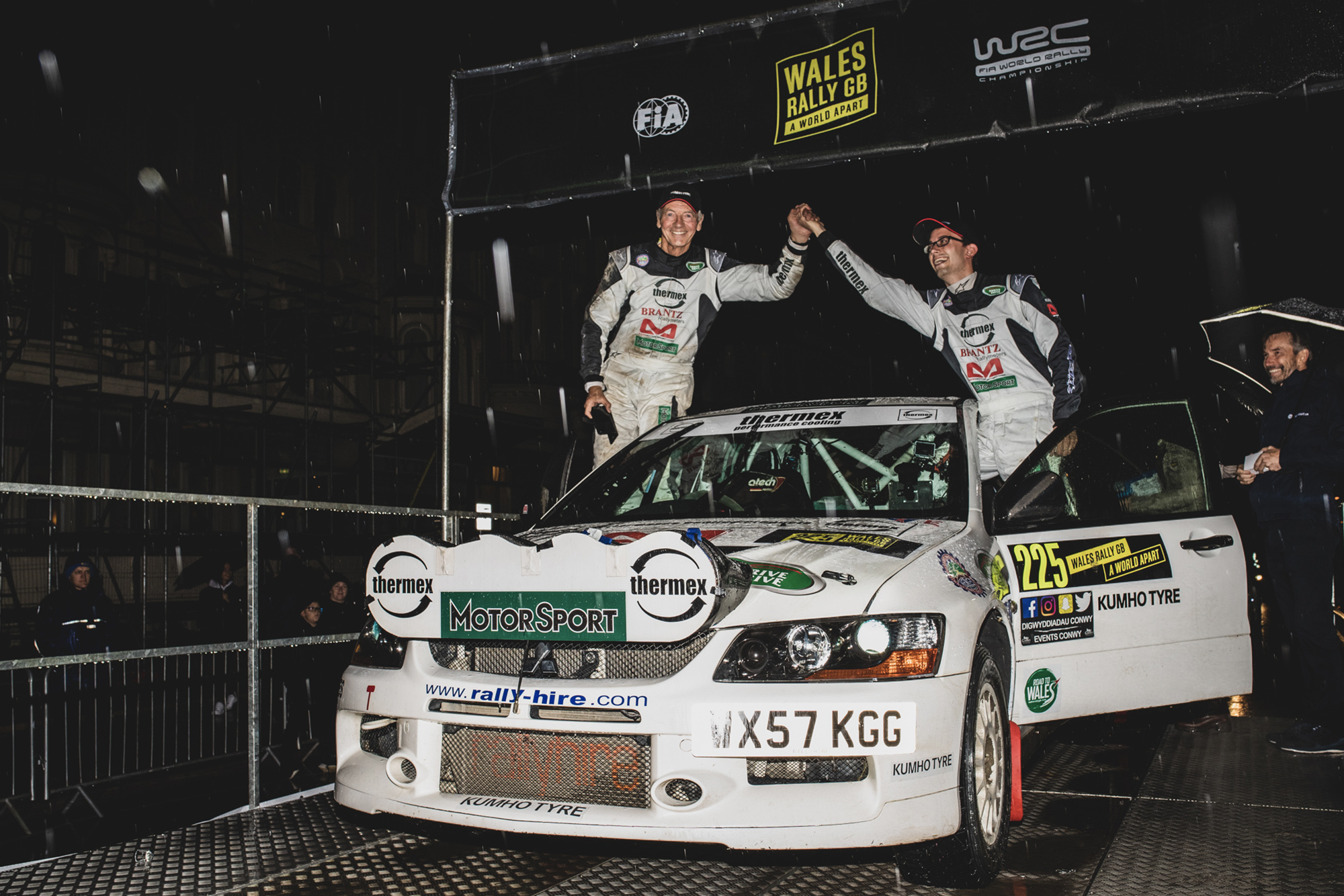 Sweet Lamb, in mid-Wales, is paradise for rally cars. Miles of gravel track with tight and twisting section, jumps, mid-corner crests and a waterspash.

It’s also a stern test for any navigator and driver partnership, as blind corners approach rapidly; some taken flat out, and others requiring a handbrake turn.

This was daunting enough prospect for me as a novice co-driver, and almost certainly terrifying for Tony Jardine in the driving seat, who would be heavily reliant on my pacenotes.

There was also the added pressure of trying to retain our top ten position. Surprisingly, our Mitsubishi Lancer Evo IX was sixth out of 49 remaining competitors as we went into the final stage on Saturday.

We watched the starting board count down from 30 seconds to 0, silent in concentration, and then it was Go. With a crackle of anti-lag, we were into action: “Hairpin left, tightens, and hairpin right, 60, five left into three right through gates” was just one line on the first of 22 pages of pacenotes I would be reading out on the 25.65km stage.

After two days of intense learning, I had finally — perhaps miraculously — got it together. There were no more missed pages, or lost positions, but a steady stream of instructions, actually delivered before the corners.

I felt the car slow suddenly as I uttered the words “Caution, acute right”, and Jardine open up the accelerator as I shouted out a series of fast corners. It was exhilarating.

We stopped the clock at precisely 19 minutes, although the intensity meant that it felt like five.

Sixth place was ours. 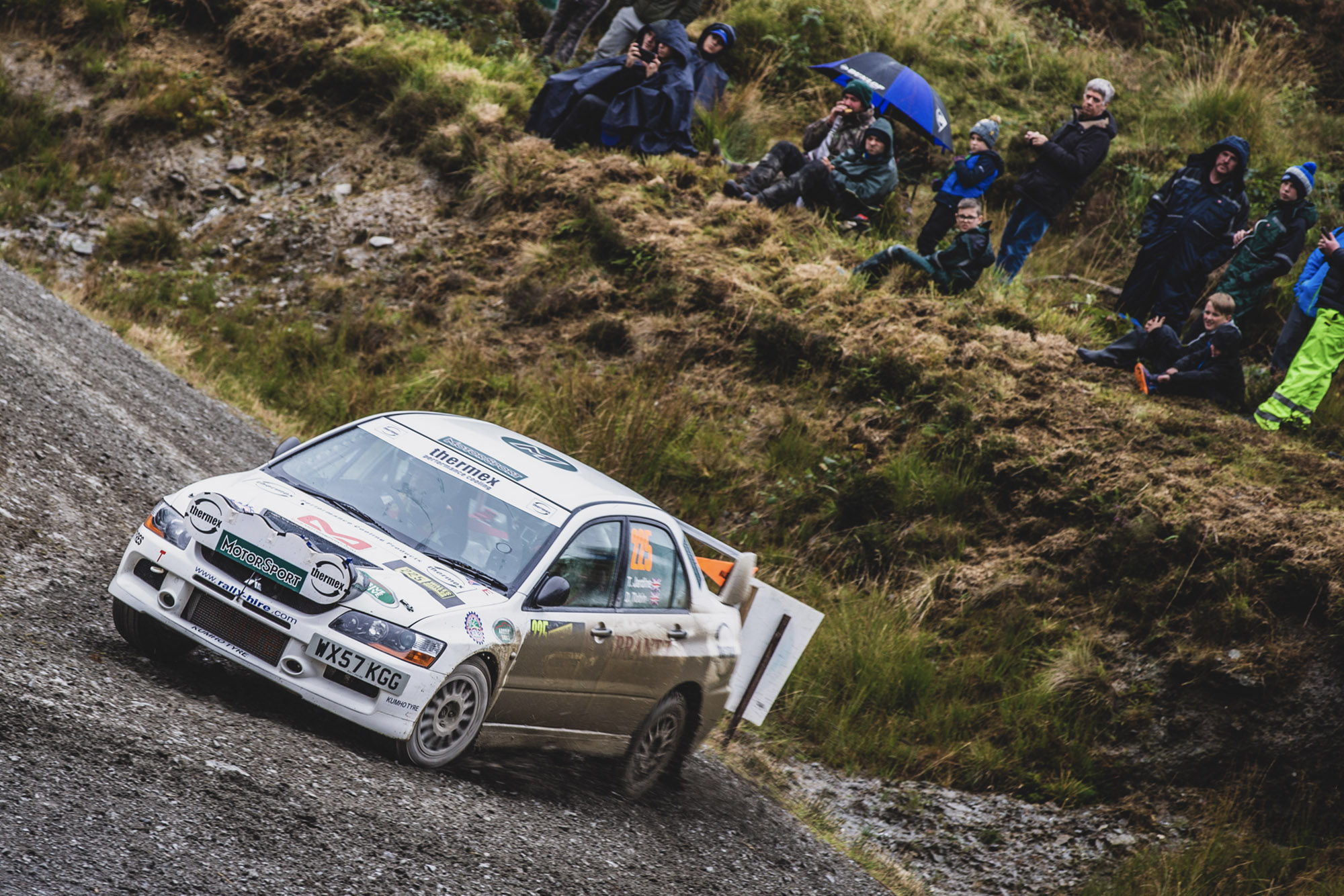 And so, while Ott Tanak Thierry Neuville, Sebastien Ogier and Kris Meeke continued to battle for victory in the main WRC event, which continues today, we could celebrate what felt like a win.

Well, almost. The final stage might have been over, but we still had to get to the finish at our allotted time, or face penalties.

It makes an abrupt end to the stages, as you emerge from the forests heart pumping, adrenalin flowing, and your brain looking for the next high-speed hit. Then there’s an official asking for your time card; you need to work out how long you’ve got to get to your destination and decide which of three roads you’re turning on to next.

It’s easy to get something wrong, but we found the stipulated cross-country route to Llandudno, slotted in a fuel stop on the way back, and made it to the all-important car wash, set up by the organisers, to ensure that the Mitsubishi looked good when it arrived.

Then it was onto the ramp for a celebratory photo, where I cemented my newbie status by looking the wrong way (see above).

After that, it was over. Packing up began straight away, as we cleared the car, removing the papers, equipment and remaining snacks that kept us going for two days.

The plastic bag under my seat thankfully remained unused through what must be one of the toughest tests for a stomach; it’s a total mystery why I didn’t feel car sick. 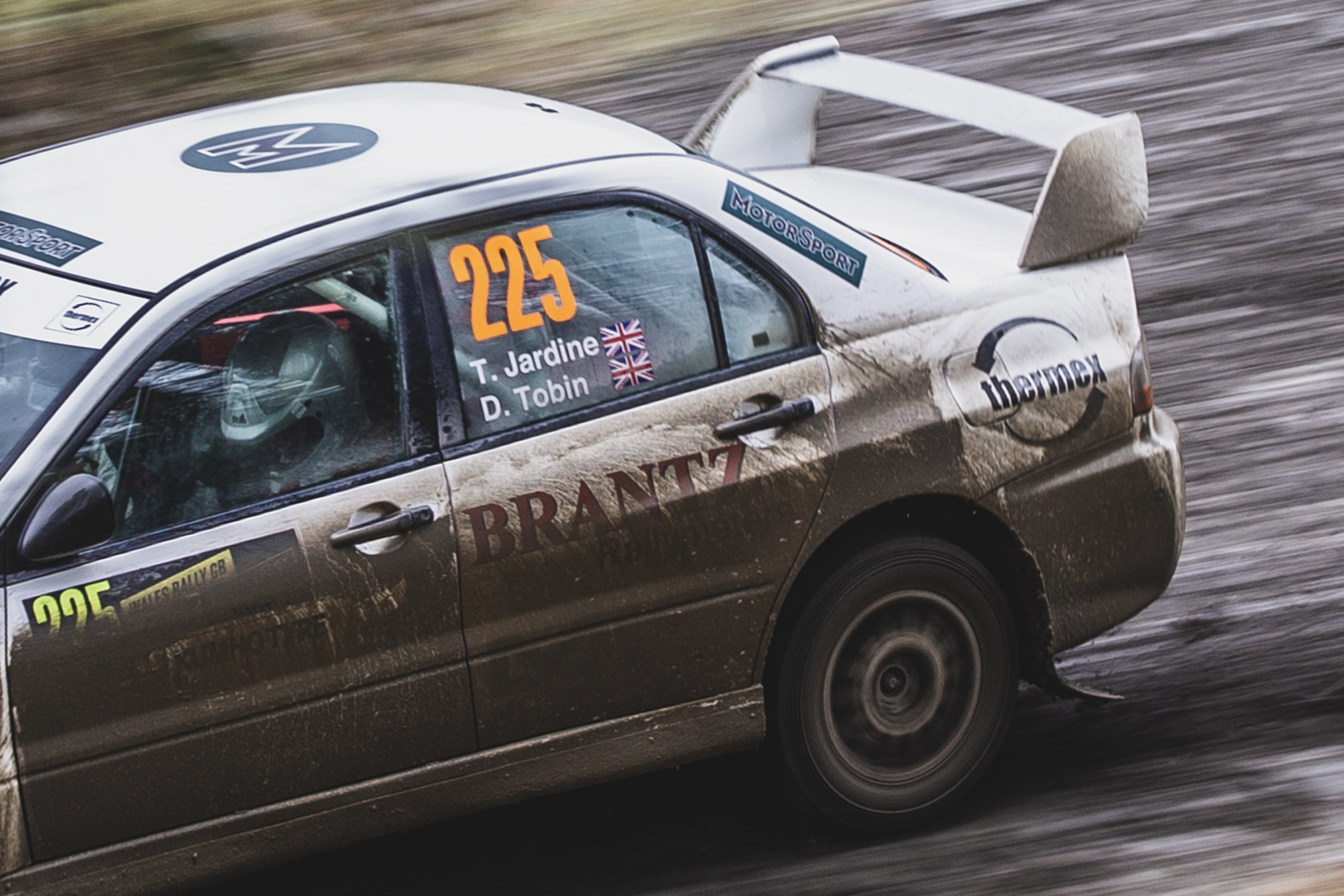 Also relieved were our crack support team, Raymond (also the Mitsubishi’s owner) and Gerard who worked into the night on Saturday to check and service the car, as well as dispensing valuable wisdom and encouragement before each stage.

As for the memories; the exhilaration of the stages is vivid, but the details are blurred – literally.

There are snatched glances of crowds of spectators, or snaking gravel roads leading to blind crests, and of forest approaching fast, as we headed for a hairpin bend.

But through most of the stages my head was down, looking at the pace notes in my lap and only briefly checking to ensure that what I was reading actually matched the road.

The real work was done by Jardine, who also managed to bite his lip in the early stages when I lost track of the corners, turned two pages in my notes and tried to make him turn into the trees, and made the odd navigational error.

But it was quite a ride.