As he drove his Subaru Impreza onto the finish ramp he was preceded by a bagpiper, who would go on to accompany him on many other rallies all around the world in the future, forming perhaps the most unusual item ever seen on any packing checklist (passport? Tick. Money? Tick. Bagpiper? Tick).

Even now, a rally friend comments that he can’t listen to the sound of bagpipes without thinking of Colin and that extraordinary day in Chester: November 22, 1995, to be precise.

From his debut on the World Rally Championship two years earlier it was clear that Colin was a very special talent but undoubtedly a raw one, which quickly earned him the nickname of ‘McCrash’.

With time, the inconsistencies were ironed out and McRae became simply the most exciting rally driver in the world. To a generation of people, the archetypal rally driver, thanks to the fame of the Colin McRae Rally computer game.

But back in 1995, that was years away. Colin arrived at his home rally that season to the backdrop of a bitter feud with his team-mate Carlos Sainz. This had culminated in Subaru’s management stepping into the road in front of McRae on the previous round in Spain in an attempt to make him slow down and let his team-mate win, as had been previously agreed (according to Sainz and the management, at least). 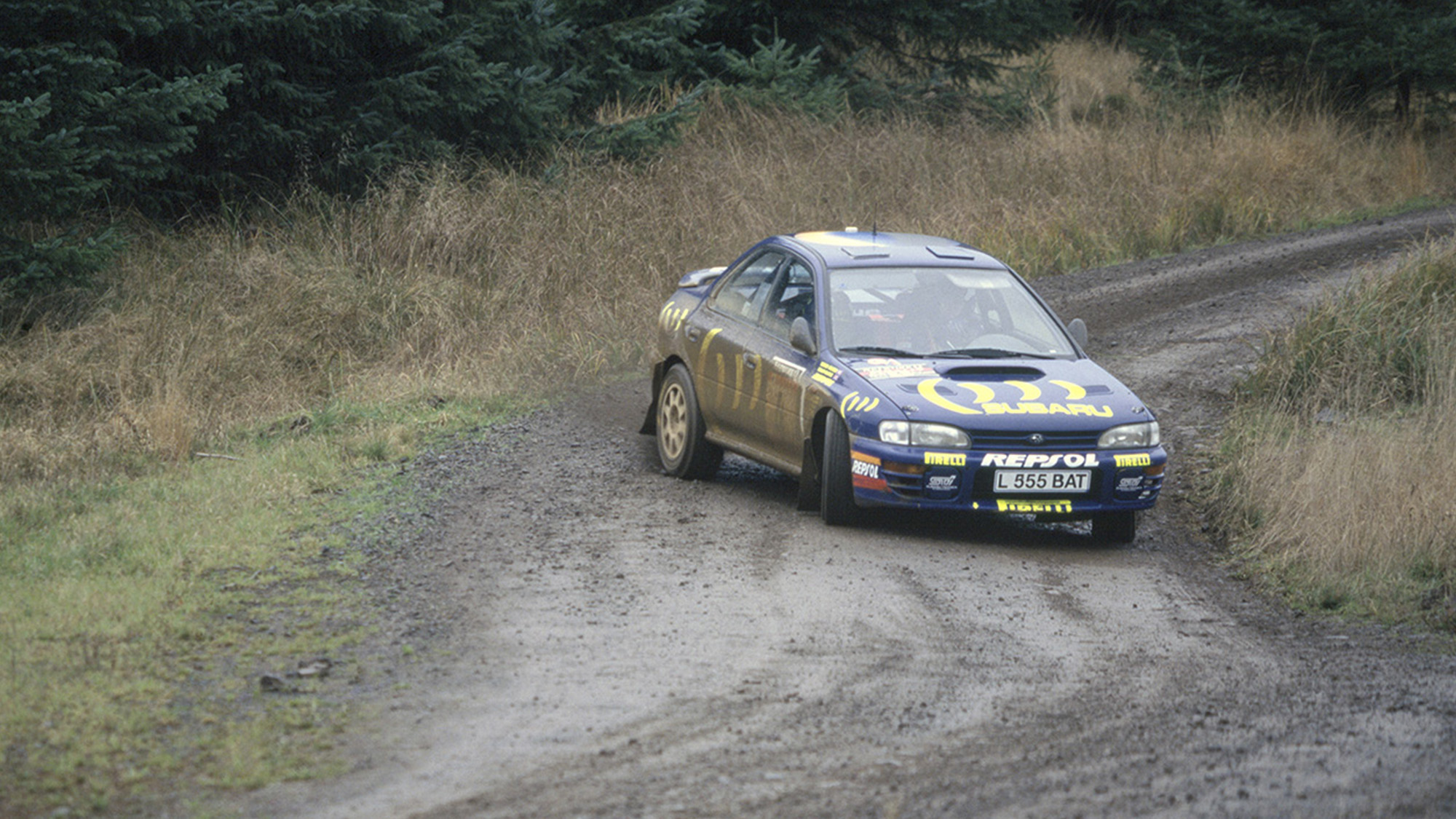 So Colin was still at the red end of the Richter scale when the cars drove off the start ramp for the Network Q Rally GB in Chester. By forcing the issue in Spain – because McRae ultimately agreed to take a time penalty after winning the rally on the road – Sainz may have inadvertently sounded the death knell on his championship hopes.

The Catalunya Rally – in Sainz’s back yard – would have been only McRae’s second win of the season (although he had amassed a solid run of podiums) and it could have given him a 10-point advantage heading into the final round. 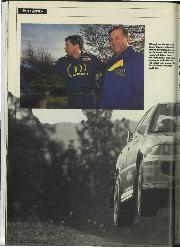 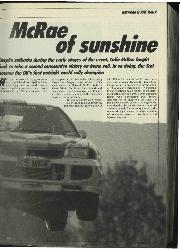 Instead the Subaru team-mates started the rally equal on points, so it was winner takes all: just as the Japanese management (and headline-writers) had wanted. Sainz had already won Rally Great Britain twice though, McRae once – so experience should have been just on the Spaniard’s side.

McRae set off only just on the right side of crazy: he was straight into the lead, but on the Monday morning (the second day of the four-day event) he picked up a puncture in the 36-mile Pundershaw stage and dropped a minute to Sainz.

The time lost seemed almost insurmountable, but over the next three days there was no stopping the flying Scot – who truly had a date with destiny.

Later on, in the infamous Kielder Forest, he picked up another puncture and bent a front-right suspension arm on a rock. He still emerged from the stage faster than Sainz. On the road section, the fans lifted the car like a human jack so that McRae and co-driver Derek Ringer could bend the offending item back into shape Fred Flintstone-style, using a log – the Impreza now pointing straight again. Another bullet dodged. But it took him until SS21, Sweet Lamb, to regain the lead.

Wednesday 22 November was McRae’s finest hour. On that day in particular he was imperious: smashing stage record after stage record, in the sort of quasi-spiritual zone that Ayrton Senna had spoken about only a few years earlier in Monaco. Quite simply, nothing could stop him. His progress was not merely mesmerising it was something that had never been seen before. Through the dank forests the blue and yellow Impreza was a dazzling beacon of fluidly imperious brilliance. 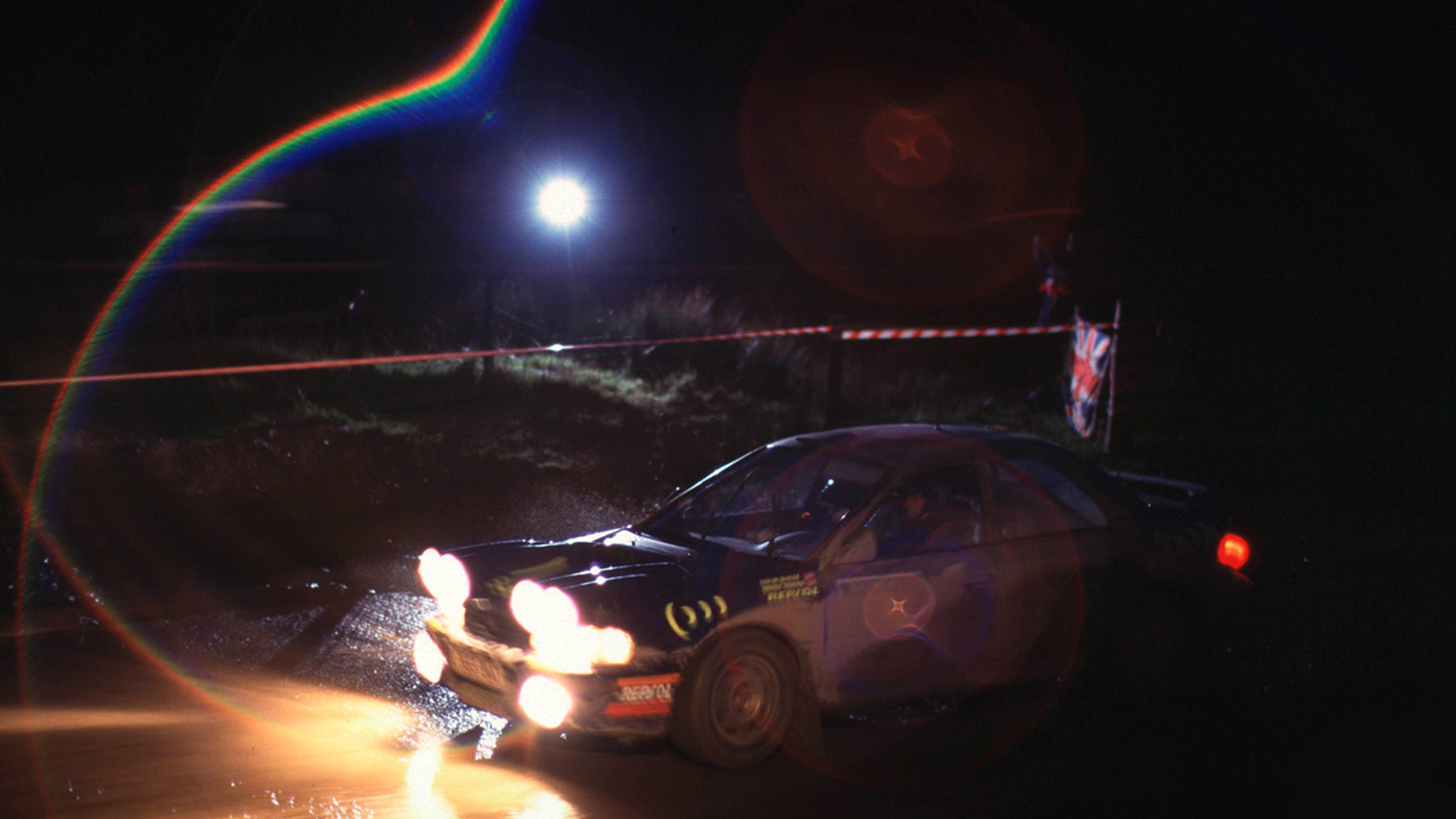 The final obstacle was simply surviving the last stage of the rally – the 11 miles of Clocaenog in North Wales – the end of an odyssey that would lead to McRae’s place in history. The iconic blue and yellow Impreza won the stage to cross the finish line 36 seconds ahead of Sainz in total, after more than five hours of flat-out competition, with McRae claiming 18 of the 28 stages.

From there McRae headed to Chester racecourse for the finish, eventually preceded onto the ramp by his piper. A lot of that final road section was spent on the wrong side of the road; such was the amount of traffic that had built up as spectators rushed to the racecourse to see their hero crowned.

McRae was the peoples’ champion, which was at the heart of his appeal. Among the most vocal of his supporters that day in Chester was not just the army of his supporters, but a bunch of ordinary Scottish people from Lanark: his friends. McRae’s friends weren’t playboys or superstars, but instead normal working people.

And then of course there was his family: five-time British champion Jimmy, wife Margaret and his brother Alister.

“That day in Chester is still one of the highlights of our lives,” Jim McRae said. “It really doesn’t seem 20 years ago that Margaret and I were at the finish in Chester celebrating Colin’s achievement. It was such a proud moment for us all. What could possibly be better than Colin winning the World Championship on home soil?”

Colin, tragically, is gone but the iconic memories of that day remain, as does L555 BAT, the Impreza with which McRae sealed the title. In a poignant re-evocation of one of the most special memories in rallying Jimmy McRae drove it out onto the concrete apron of Chester racecourse last year, the very same place where McRae had performed those doughnuts exactly 20 years earlier, saltire held proudly aloft (below).

There’s a certain magic to Britain’s round of the World Rally Championship that ensures it will always been known for a number of unforgettable instances. But it will never get better than the moment when the thrilling, personable, sorely missed hero who is Colin McRae became world champion. 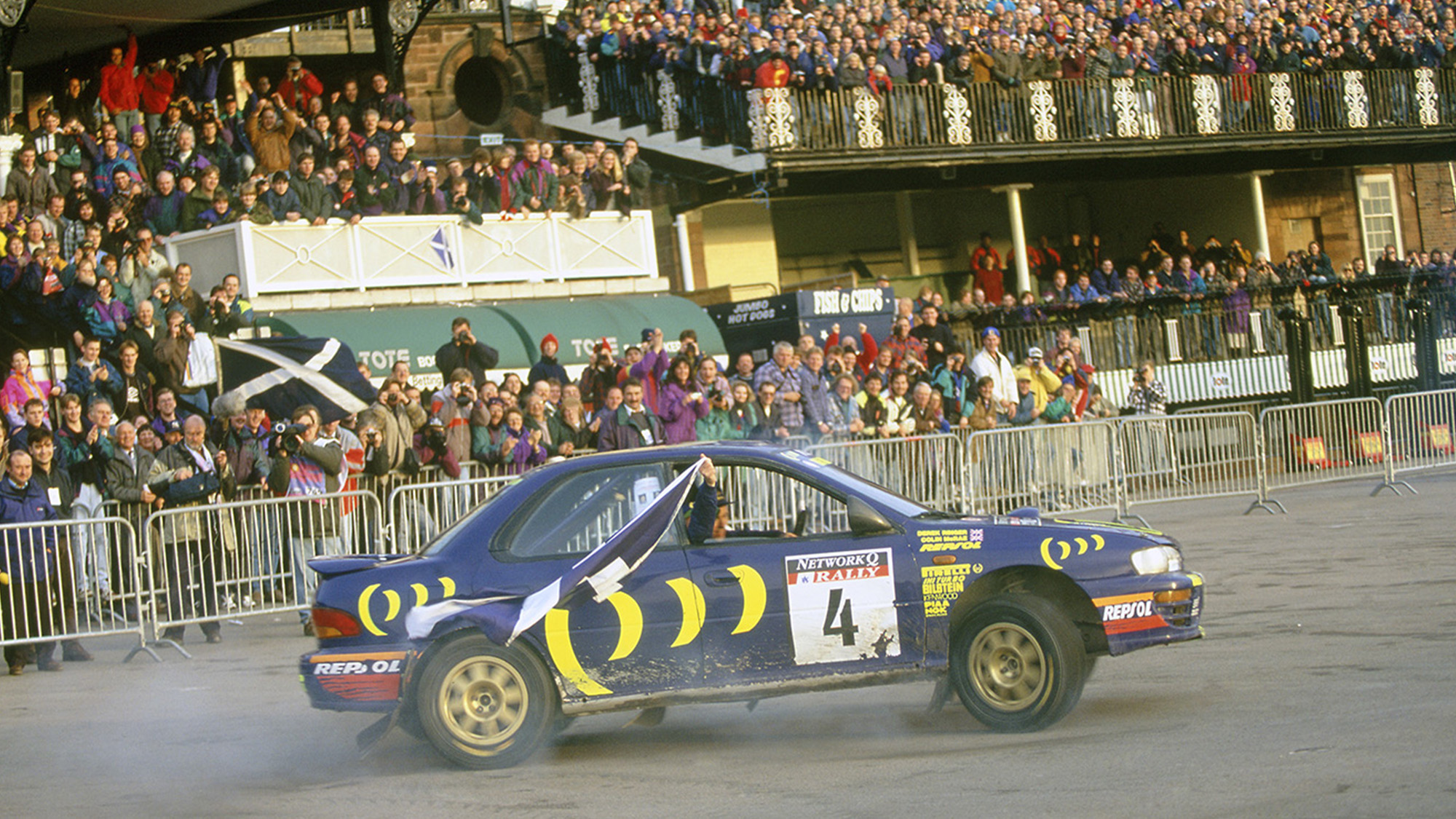