After the curtailed Rally Mexico almost half a year ago, the World Rally Championship reconvenes in Estonia for the country’s first official world championship round this weekend.

Having pushed for a WRC round prior to the pandemic and aiming for a 2022 slot on the calendar, its early call-up will get the ball rolling once again for the shortened 2020 season, and mark the halfway point in a seven-round championship.

The event has historically served as a warm-up for teams ahead of Rally Finland, though with world events forcing staple rounds in Wales, New Zealand and Argentina into being cancelled, Estonia becomes a fully-fledged WRC round.

Some 145 miles of gravel roads await the teams including several purpose-built sections for the event. Tartu will kick-off and complete proceedings in a ceremonial start and finish, with the headquarters based out of the Tehvandi Sports Center in rural Otepää. Estonia will become the 33rd nation to host a championship round in the series.

A tweak to the rules for the event will have the championship leader Sebastien Ogier out first on Day Two before reverting to normal order for the second loop.

The longest 12.5 mile Prangli stage will feature twice in the second leg of the event on a packed Saturday with each section repeated as part of the shortened three-day schedule.

Turkey, Italy and Belgium will follow, but it will be a familiar face everyone is chasing with Ogier heading up the standings. Toyota team-mate Elfyn Evans is in close pursuit and Hyundai’s Thierry Neuville finds himself 20 points off the top spot in third.

A lack of experience in Estonia for Ogier might open the door for rivals, with the Frenchman having never competed in the country before. He will head up the quartet of Toyotas entered into the event, with Japanese driver Takamoto Katsuta in the fourth Yaris this weekend. 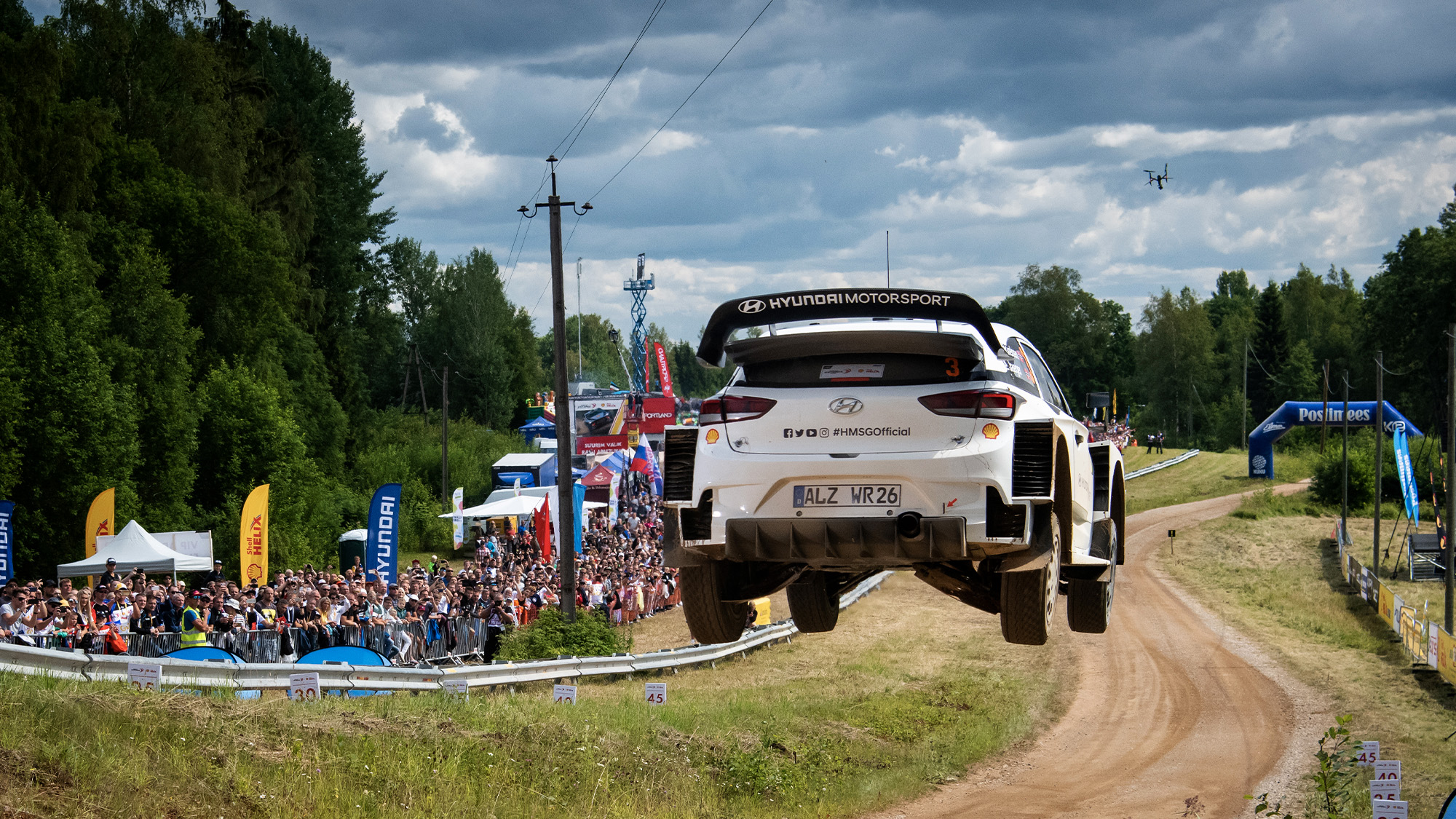 The top trio each have a rally victory to their names this year with no repeat winner so far, though there is a conspicuous absence of reigning WRC champion Ott Tänak. Where better for him to record a first victory this year than on home soil?

Two runner-up finishes in the last two rounds but without overall victory, Tänak has won the previous two Rally Estonia events staged in 2018 and 2019 ahead of Rally Finland, beating out the likes of Evans by a minute overall.

The 32-year-old is undoubtedly one of the favourites heading into this weekend having taken victory in the warm-up Lõuna-Eesti Ralli last month ahead of Toyota’s Kalle Rovanperä, winning seven of the eight stages held.

He maintained that, despite his strong performance on a return to action, without a competitive edge to the event it remains to be seen whether he will be as strong this weekend.

“There was some kind of competition [last weekend],” Tänak told WRC.com. “Every stage was timed, but it was just, let’s say, a test event. It’s hard to say where everybody was really, there was no fight for the points on this one.

“You learn things when you are testing. But all the time you are using the same piece of road, so you definitely learn more when you are competing.

“I think we learned quite a lot. You get so many different conditions which are a bit unexpected when you are on a rally. We’ve had some really good feedback from the rally.”

Elfyn Evans had been enjoying a strong season up until the postponement of the season, keeping Ogier well within his sights and taking the Rally Sweden victory before the extended break.

The Welshman may be mindful of events one year ago in which he suffered a back injury during a promotional event at the Rally Estonia, keeping him on the sidelines for three rounds of last year’s championship.

During the East Estonian Rally in preparation last month, he walked away from a major shunt once more which spelt the end of his rally again on Estonian gravel. A minor error left his Toyota just off line and heading off the road before rolling into nearby trees. Both he and co-driver Scott Martin escaped the crash without injury.

M-Sport Ford’s Esapekka Lappi was another name competing in the warm-up event a fortnight ago, with his Fiesta prepared and run by JanPro Racing.

Friday will kick off Rally Estonia with the Tartu stage before Saturday’s 91-mile double loop with a limited number of Estonian fans lining the route.