The car that showcases an all-electric future for the World Rallycross Championship has been unveiled.

The 335bhp, four-wheel drive RX2e will compete in a six-race series next season, supporting the petrol-powered World RX cars.

It has been introduced as an interim measure after plans to run electric cars in the top class from 2021 were pushed back by a year.

With a motor at the front and one at the rear, drawing power from a 32kWh battery, the RX2e car will be able to race for up to 25 minutes between charges that take just 20 minutes.

It is built around a space frame chassis and was developed by QEV Technologies, a Swedish electric car specialist, and Olsbergs MSE, the Swedish rallycross team.

“We are all tremendously excited to show off the RX2e car in its official form,” said Pere Gonzalez, the championship’s project manager. “It has been a real labour of love getting to this point.

“A huge part of that focus has obviously been ‘under the skin’ to make sure we get all the fundamentals right, to provide competitors with the most cutting-edge technology available and ensure the driving experience is as engaging and enjoyable as it can possibly be – but at the same time, it’s important not to neglect the aesthetics.

“Our design team have come up with a look that we believe is fresh, purposeful and striking – a real signal of intent as we look towards a faster and more environmentally-friendly future for our sport. We cannot wait to see it take to the track in anger.”

As well as taking another step towards an all-electric future, the World Rallycross Championship is also looking for a new promoter, after IMG, the existing rights-holder pulled out.

Motor racing’s governing body, the FIA, has said that it is “committed to the ongoing success of the Championship”. 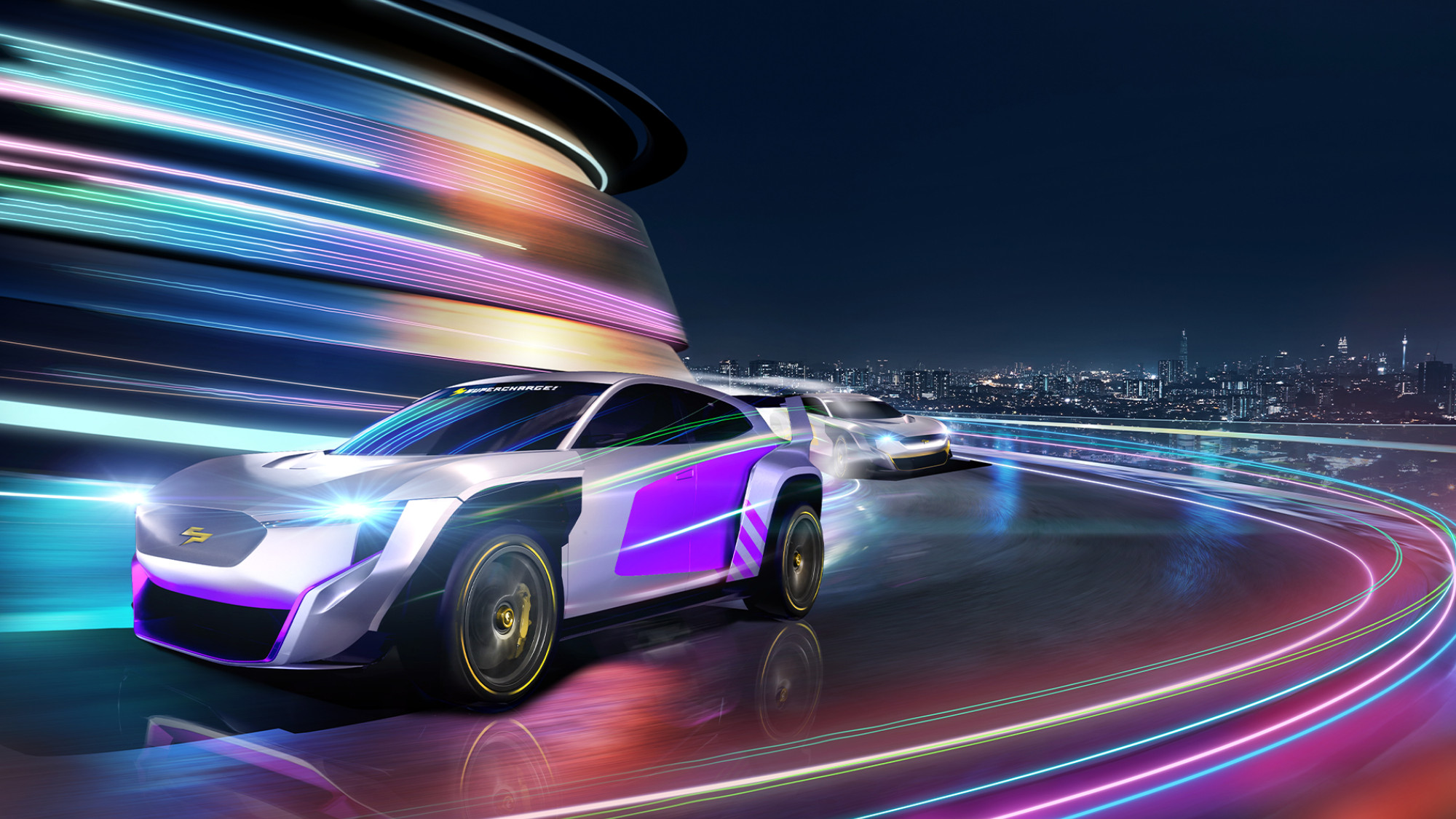 Henrik Krogstad, this year’s Rallycross Supercar Lite champion will complete in at least one of the RX2e rounds next year. “The car looks like being a lot of fun to drive, with many more parameters for drivers to play with and adjust – from the torque to the launch control, the chassis, suspension, brakes and regenerative behaviour – and that really appeals to me,” said the Norwegian. “It will be about driving smart as well as fast.

“RX2e really feels like the start of building something big for the future. It will generate a whole host of opportunities for drivers like me. My hope is that electric rallycross can become the new Group B – super-fast and spectacular – and that people will ultimately look back on this exciting new era as a golden age for our sport.”