National motor sport will take another step into the future this year, when electric cars are admitted to the British Rallycross Championship 5 Nations Trophy to race on equal terms with their internal combustion counterparts – the first time this has happened in the UK.

Governing body Motorsport UK is in the process of approving the inclusion of electric vehicles, which will use the STARD (Stohl Advanced Research & Development) ERX powertrain previously seen in the all-electric Projekt E division of the World Rallycross Championship. STARD president Manfred Stohl, previously one of Austria’s leading rally drivers, has already taken on – and beaten – petrol-powered cars, when he drove en electric Ford Fiesta in an event at the Kakucs Ring, Hungary.

The STARD-powered machines develop about 600bhp, similar to the current pace-setters in rallycross’s Supercars class, and kits will be available to convert existing petrol cars to electricity.

STARD CEO Michael Sakowicz said, “We’re delighted that 5 Nations BRX recognises how suitable the STARD ERX concept is. The relatively short runs lend themselves very nicely to charging requirements, with about 15 laps possible on a single charge. We believe the ERX cars will be attractive to drivers looking for the next era of competition.” 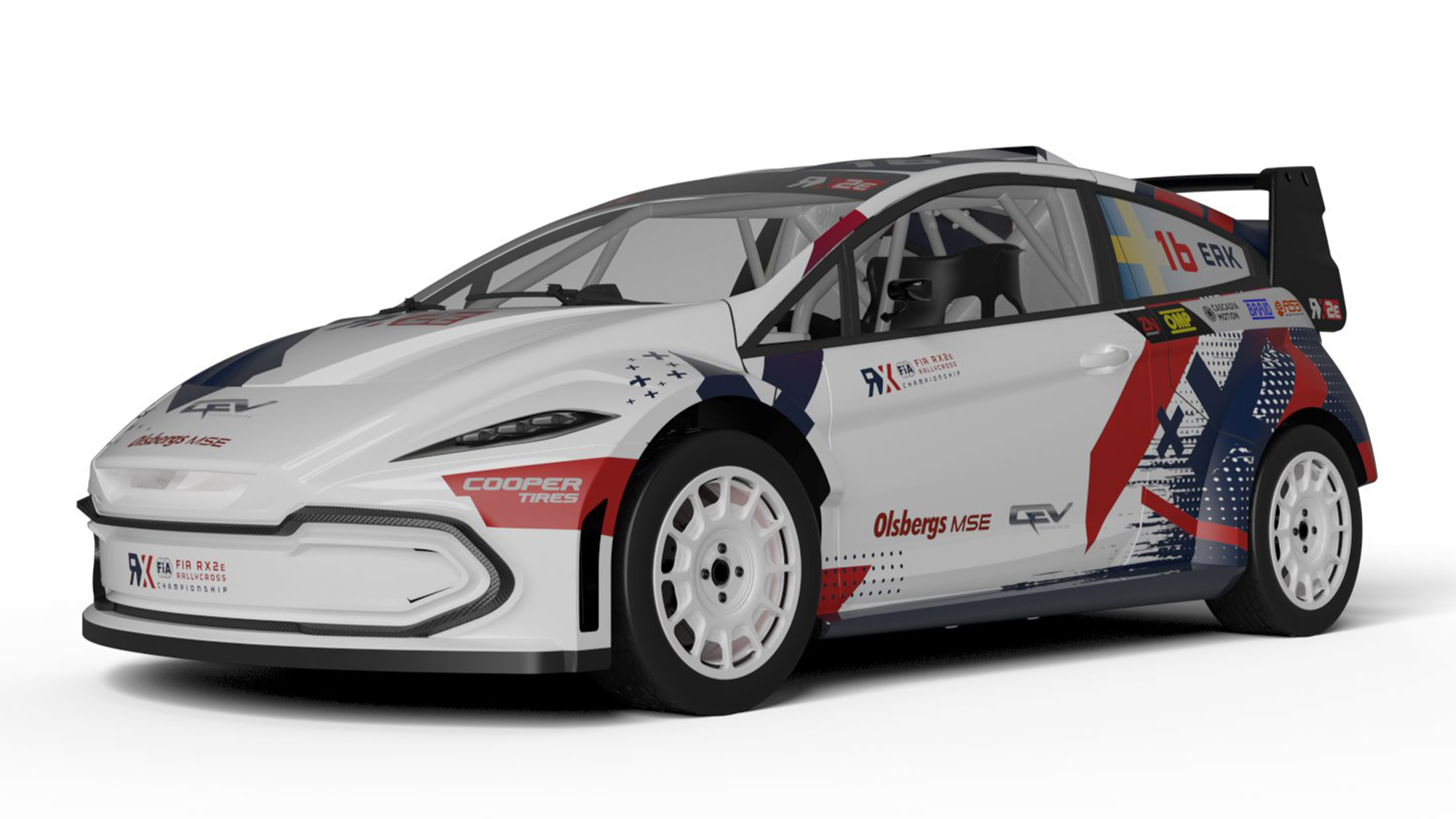 The car that showcases an all-electric future for the World Rallycross Championship has been unveiled. The 335bhp, four-wheel drive RX2e will compete in a six-race series next season, supporting the…

STARD claims its cars will be 60 per cent cheaper to run than conventional petrol rivals.

5 Nations BRX Coordinator Hannah Rynston added, “Rallycross was innovative from the outset and lends itself so well to the next era of motor sport.

We have been working on this behind the scenes for a long time, so it’s great to see it becoming reality. We’re very much hoping to have a few STARD cars on the grid at Lydden Hill in May.”

Last year’s Projekt E champion Natalie Barratt has confirmed that she is trying to put together a team to run electric cars in the series.

Britain won’t be the only country embracing the concept this season, as Austria, Germany, Hungary, Norway, Italy and others are similarly committed.