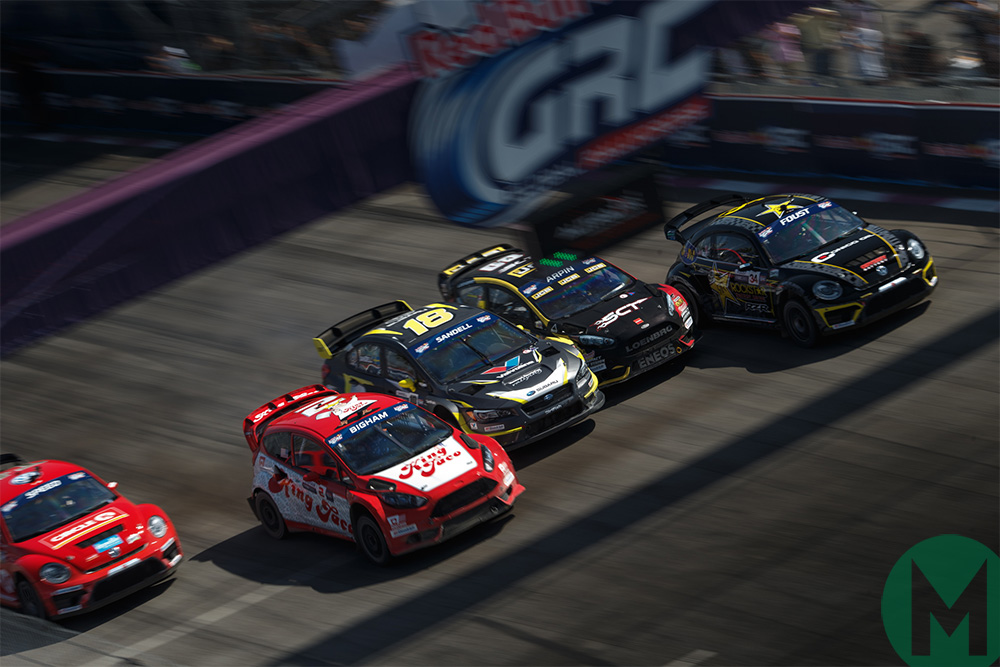 The Global Rallycross Championship has announced that it will fill its empty season finale slot with a date at Lydden Hill on October 27-28. The provisional calendar had a free space for a European venue for a number of months, until the GRC announced on Tuesday that it would attend Lydden Hill and allow ‘wildcard’ entries from the UK to take on the American mainstays in its season finale.

This will be the first GRC event in Europe since 2013, with defending series champion Scott Speed and 2012 European Rallycross Lydden Hill round winner Tanner Foust set to take on a number of British competitors.

“Lydden has been at the forefront of rallycross for more than 50 years and we’ve invested in the sport throughout that time,” said Lydden Hill boss Pat Doran. “It’s fitting therefore that the GRC’s return to Europe is here, where rallycross fans will get the opportunity to see the best GRC has to offer, including the series’ signature 70ft table top jump, on our purpose-built rallycross track.

Colin Dyne, GRC CEO, said “Bringing Red Bull Global Rallycross to Lydden Hill’s historic venue makes perfect sense for the series’ long-awaited return to Europe. “Our teams and drivers are looking forward to battling it out for the championship on the circuit where the sport first began, so fans will be sure to see some of the most intense racing of the year over this double-header weekend.”