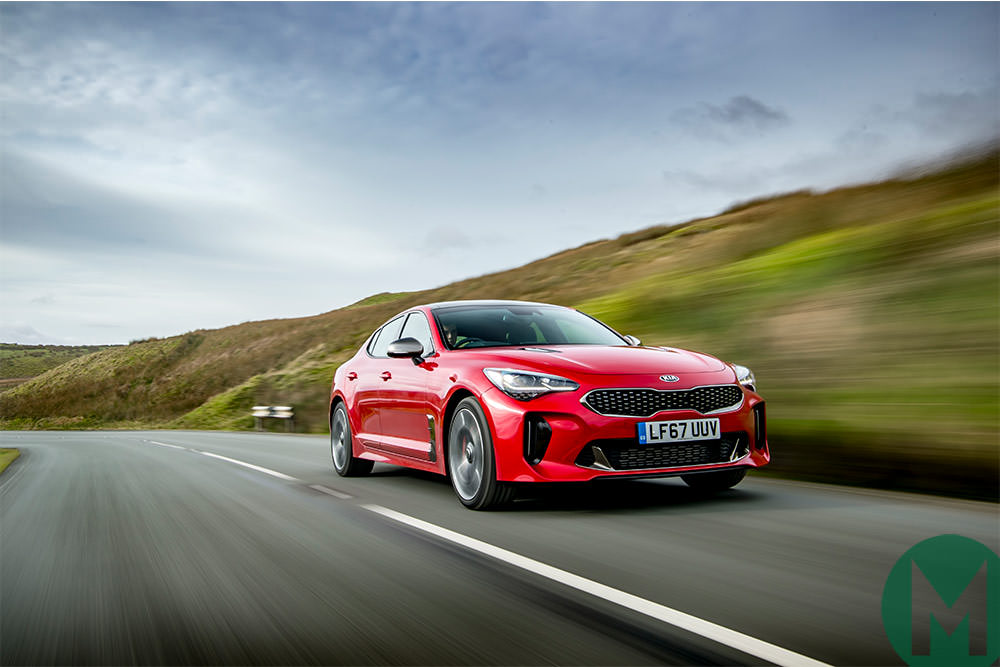 Kia Stinger review from the April 2018 issue of Motor Sport. Pick up your copy here

Who would have thought, even five years ago, that a Kia would have earned its place on these pages? The Korean duo of Kia and Hyundai have made some incredible in-roads into the more mainstream, affordable parts of the market and have done so on merit with credible products backed by first-rate warranties, but this new Kia Stinger is a sports saloon costing more than £40,000, a price point that pitches it not against VW and Vauxhall, but BMW, Audi and Mercedes-Benz. Can it possibly compete?

On paper, absolutely. You may or may not like the look of the Stinger but you can’t argue with hardware: though four-cylinder petrol and diesel models are available, this flagship comes with a turbocharged V6 developing 365bhp and driving the rear wheels alone through an eight-speed automatic gearbox.

And, at the risk of sounding faintly patronising, it’s a very good first attempt at such a car. The engine is responsive, the gearbox smooth enough and clearly a lot of attention has been lavished on suspension tuning because the Stinger not only rides well, it controls its body movements very capably, too. I spent a week in it and, the odd electronic chime aside, it annoyed me hardly at all and most of the time provided swift, pleasant and capable transport. Indeed it gets closer to the standards set by its new found German opposition than I had expected. So hats off to Kia for that.

There are just two problems. The first is that there are no consolation prizes in any part of the market, let alone one peopled with product as capable as that into which Kia is now venturing. True, the Stinger is a little cheaper than the best Europe can offer, but so it should be because getting close to the establishment is not really good enough: if a car like the Stinger is to tempt people out of their BMW 440i Gran Coupés and suchlike, it really needs to offer something they lack – and it doesn’t. Its interior is not so classy, its chassis not quite so multi-faceted. And while it is undoubtedly powerful, so too does it need to be as the Stinger is exceptionally heavy: more than 1900kg at the kerb while the BMW weighs in at less than 1700kg. This means not only blunted performance, but fairly catastrophic fuel consumption too, worse on paper than a Porsche 911 Turbo S with

There’s also something else, which shouldn’t be a factor but clearly will be. We are a nation of unconscionable badge snobs. I wish Kia all the best in the world with the Stinger, because I like it when car companies try to do something different and difficult, but it’s hard to see many people passing by all those posh German prestige brands and explaining to their friends and family why there’s a Kia on the drive. Like I said, it shouldn’t be an issue, but I guarantee it will be.

It’s a shame because in isolation the Stinger is a good car. But as we’ve seen so many times before from companies that have tried to steal some business from the old European blue bloods, good just isn’t good enough.