It has taken a while, but Mercedes-AMG has committed to start deliveries of its Project One hypercar this year. Or just ‘One’. Officially the concept was the ‘Project One’, the production car simply the ‘One’, but as all recent comms from Mercedes still refer to it as the Project One I’m guessing it’s had a change of heart and reverted to the original name. If so I’m glad ‘Mercedes-AMG One’ always sounded like the first half of a football result.

But when I say ‘recent comms’, the time that has passed since its 2017 launch has been characterised by a deafening silence. Look on Daimler’s media site and you’ll see that a car intended to bring an all new level of speed, dynamism and technological accomplishment to the road car arena merited just one press release in 2018, none at all in 2019, the year in which it was meant to go into production. It wasn’t until August last year that a few statements, none particularly enlightening, started to appear. I am told there are no more planned for ‘at least the next few months’.

Why the secrecy? It’s tempting to think it’s because when you’re trying to adapt a Formula 1 engine for road use, secrecy is probably a very good thing but the real reason is that there simply hasn’t been any news, at least not of a kind Mercedes-AMG felt inclined to communicate. The truth is a task they always knew was going to be difficult to deliver, has turned out to be harder even than was originally thought.

The problem? It’s not what you’d think. The issue of how to keep a 1.6-litre hybrid powertrain reliable when it’s developing over 1000bhp was cracked long ago. It will go 30,000 miles between rebuilds which, frankly, is far further than most of the 275 units will travel in their lifetimes. It’s not even how to prevent it from overheating when stuck at idle for two hours in a Dubai traffic jam at 45deg C. Or how the hell to persuade a Formula 1 engine to start up on the press of a single button after six months without use when it’s encased in snow and 20 degrees below. All this can be done. 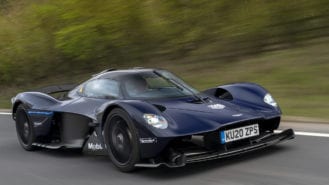 The year of the electric vehicle? Sports car makers missed the 2021 memo

There is no doubt about it that, for good or ill, 2021 will be year in which electrification stopped being a subject more talked about than acted upon and became…

The issue, as I understand it, is doing all the above with an engine that complies with the emissions regulations of every territory in which it is being sold – particularly while sat idle. Think of it that way and the work of Lewis’s motor on a Sunday afternoon seems easy indeed.

Actually, and in some ways, I’m reassured. The big pitch with this car, and its key differentiator to cars like the Aston Martin Valkyrie and Gordon Murray’s GMA T.50 is that it has the same power unit as a modern Formula 1 car. And my guess is that most if not all of its problems relate to that point.

Another engine could have been created that would have been compliant from the outset, still developed outrageous power and could still be claimed to be quite like the F1 unit. Or even a close relative. But I don’t think that’s what’s been done here. I think it really is the F1 engine, modified in as small a way as possible to make it road legal.

Which is not to say it will be the same. We know for instance that it will run to a lower 11,000rpm rev limit and that plus the durability and emissions considerations may well mean it comes with different cams, valves, pistons and so on compared to the racing motor. To me that doesn’t matter. So long as they’re fitted in the same block and under the same heads it is the same engine, in just the same way as any other car manufacturer might use different specifications of the same engine.

It will also have an electrically driven turbocharger and an electric motor incorporated between the engine and gearbox. How much these relate to anything found on an F1 grid is not known. What is known is that the rest of the car will have little or anything to do with F1. The gearbox is a bespoke Xtrac unit while two further electric motors on the front axle provide the four-wheel drive capability notable only by its absence on an F1 car. The Project One is also likely to weigh around 1350kg, around double the driverless weight of a current Formula 1 car. 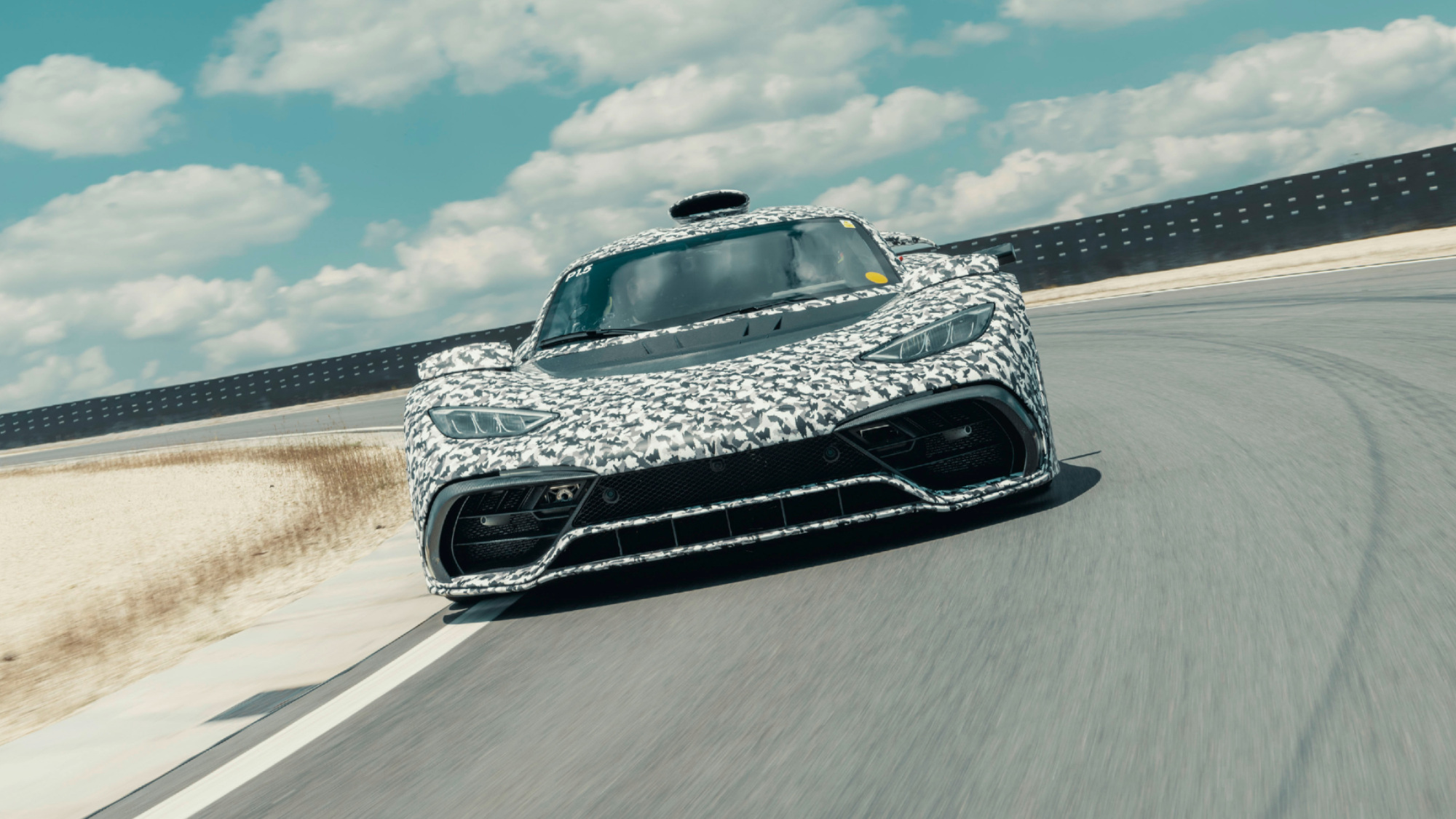 The Project One is one of a tiny number of road cars to claim to use a powertrain closely related to a Formula 1 unit. Engines that have proven highly effective in both road cars and sports racers are commonplace but the leap from F1 to the street is of an altogether greater magnitude.

The most recent to make this claim was the V12 engine used in the Ferrari F50, said to have been derived from the Type 035/5 engine developed from Ferrari’s first post-turbo era F1 car, the 640 of 1989. And there were similarities and not just those that can be easily guessed, like their cylinder count.

The angle between those cylinders was also the same at 65 degrees, not the more common 60 for even 180 degrees used for V12 engines. Both had iron blocks too, when you might have expected the road car to use aluminium, and both had five valves per cylinder which was certainly not the norm for road or racing Ferraris (though it was shared with the contemporaneous V8 F355). Both were also mounted rigidly to the chassis as fully stressed chassis members, which is pure racing philosophy and in which regard and to date at least I think the F50 may remain unique in the road car arena.

But it is what sets them apart which is perhaps more notable still, namely that while the F1 engine displaced 3.5-litres and produced around 600bhp at 12,500rpm, the F50 had a 4.7-litre motor making just 513bhp at 8500rpm. Their bore, stroke and all internal components would have necessarily been entirely different. Related they may have been but how many degrees of separation is another matter. As close as the engines in the Project One and the latest Mercedes-AMG F1 car? Nowhere near.