The first film to be shot in the French region since the coronavirus lockdown sees Lelouche directing Charles Leclerc in a Ferrari SF90 Stradale through the streets of Monte Carlo.

The concept was tantalising. The result… less so.

The original 1976 film became a cult classic thanks to the (dubbed) tyre screeching footage of a car racing through the streets of Paris, running red lights, dodging traffic and bouncing over cobbles in an undeniably irresponsible but compelling eight minutes of film.

It was made with one continuous shot at 5.30am after Lelouche was denied permission to close the roads. The plot is simple: a driver speeds along the Champs Elysees and up through Montmartre to meet a girl outside the Sacré Coeur Basilica.

The new Le Grand Rendez-Vous film, released by Ferrari, has Charles Leclerc driving a lap of the Monaco circuit on closed roads. He’s shown leaving Casino Square and ending up at the Hotel de Paris — in Casino Square, where he started. A line of mask-clad dignitaries inexplicably begin applauding.

It then takes a turn, arguably for the worse, as Prince Albert, the principality’s reigning monarch, jumps in next to Leclerc for a repeat lap, undermining the obvious Covid-19 protection measures in place.

The pair again return to the hotel amid more applause but with the addition of a florist – whose name we learn is Rebecca – with two bunches of flowers. She hands them to Leclerc, while Prince Albert takes a picture of her and the Ferrari driver on his phone.

A spoiler alert would normally be required before we revealed the final scene but isn’t needed in this case.

Leclerc and the florist leave in the Ferrari and both then remove their masks.

The rapidly increasing number of commenters on the video are largely bewildered – and unconvinced that they are witnessing the making of a classic. 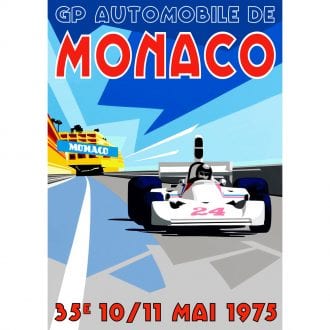 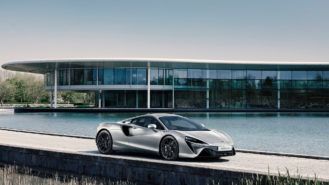 'McLaren and Aston Martin can thrive by giving up their independence'

They have already given up their British ownership, and now it makes sense for McLaren and Aston Martin to give up their independence for profit and greater success, writes Andrew Frankel 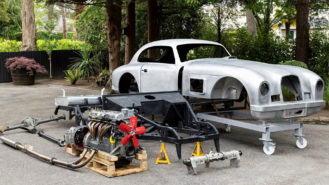