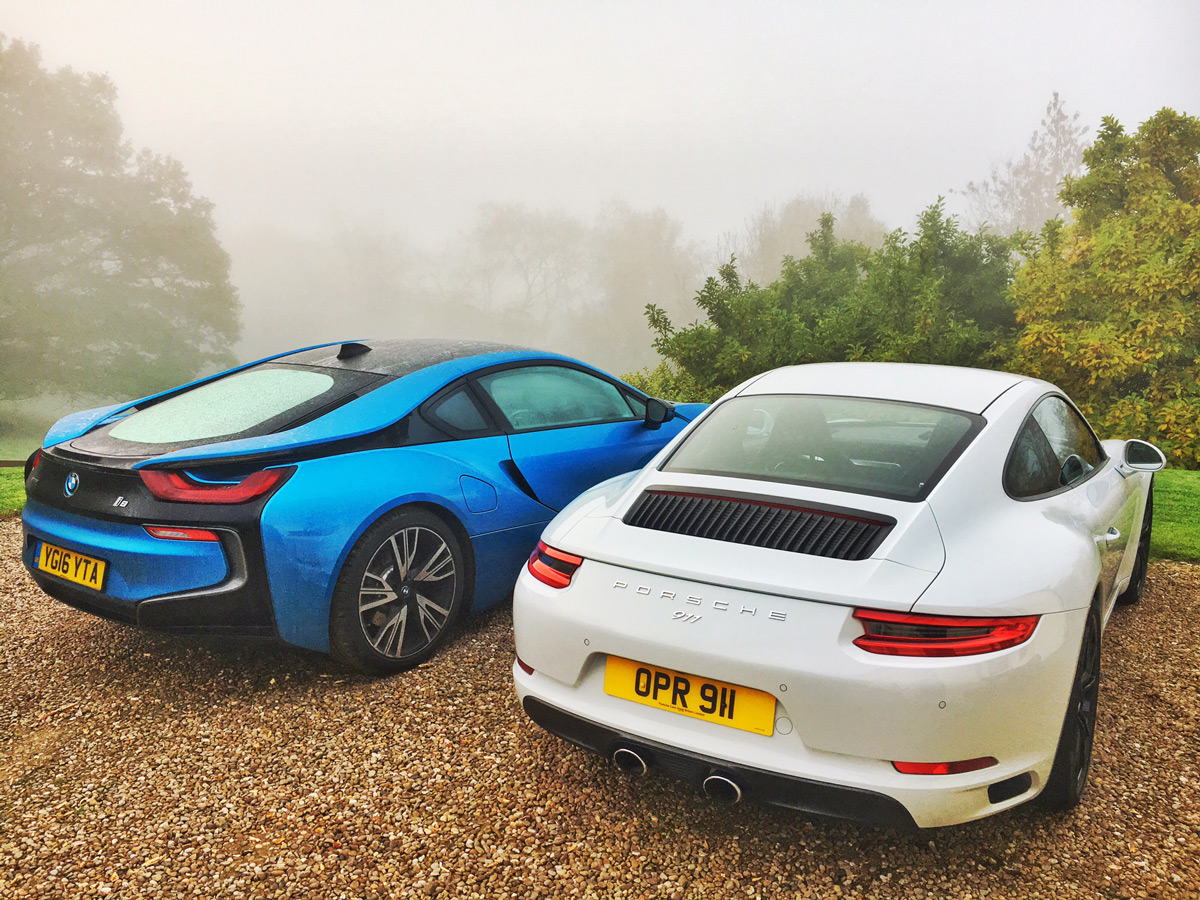 Being staunchly traditional and instinctively cynical, I tend to approach each new technological development with what I like to think of as a healthy scepticism. Forget autonomous drive, fuel cells and the like, there’s a part of me that feels something was lost from the motoring experience the day we no longer had to pump our throttles to prime our carbs to persuade our recalcitrant motors to fire up in on a cold and frosty morning.

Even so, in this job you can’t ignore what is loosely referred to as progress, you can’t even get away with merely acknowledging it; you have to find a way of embracing it or risk falling from the pace of development and finding yourself unable to do your job. And as you do, things in my almost unbroken experience are rarely as bad as you fear they may be. I railed against turbocharging, fumed at the increasingly endangered status of the clutch pedal in our sports cars, yet when asked to name the car on sale I’d most like to drive down my favourite road, it is the McLaren 570S to which my mind immediately turns, a car whose clutch and normal aspiration are notable only for their absence.

But it seems we are nearing a landmark in the way cars are designed, after which even the turbo and paddle-shift gearbox will seem old hat. The truth is conventional cars are evolving ever more slowly, reaching a state where each new successive generation is so similar to the last it is hard to tell the new from the old. And I guess the ultimate example is the Porsche 911, which, 53 years after it was first shown, retains a similar silhouette and the same engine location and configuration. It is the ultimate example of the evolutionary approach to car design and, as the most successful sports car in history, only a fool would question the strategy. 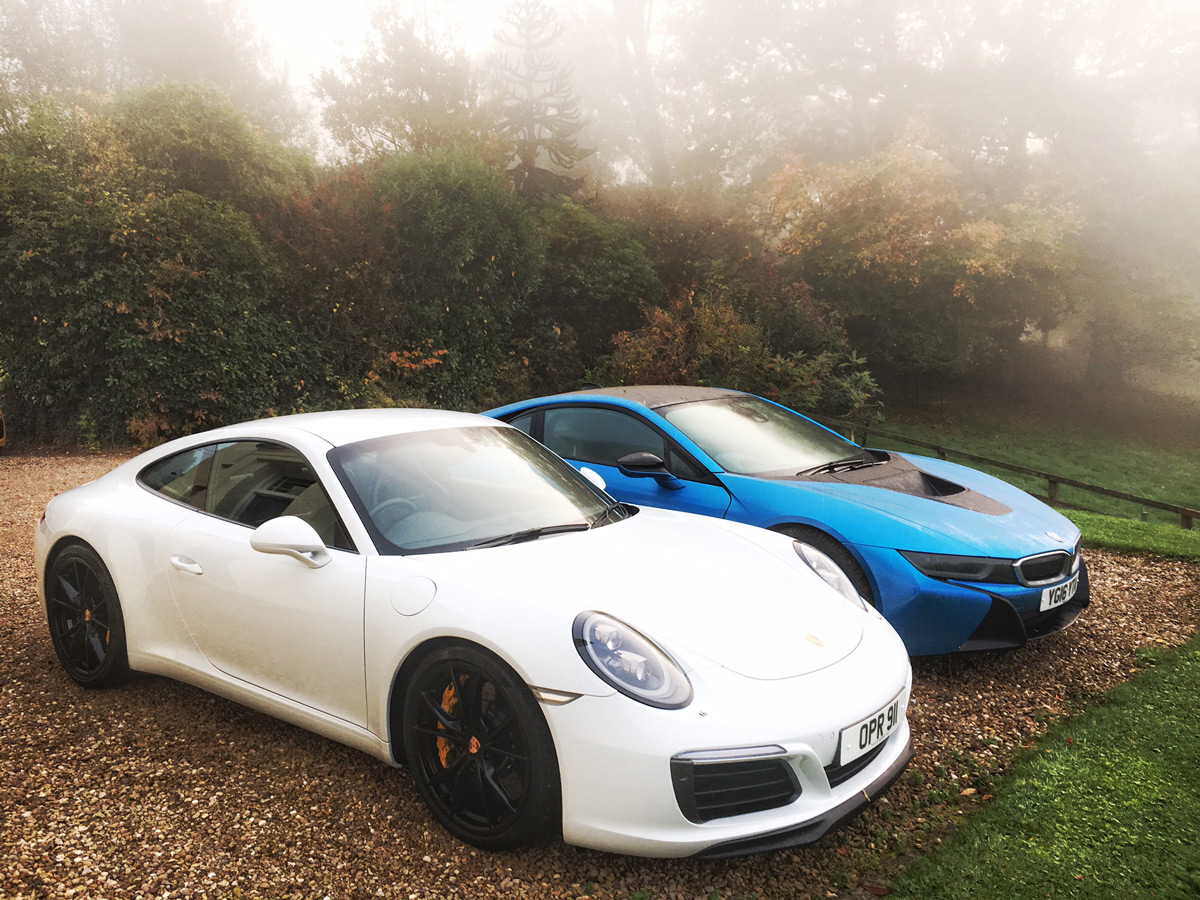 But it has not stopped BMW doing that bravest of brave things and flying in the face of decades of convention. In the i8, we have the first of what it must hope is a new generation of sporting cars, boasting an all new concept and an all new direction. As cars seeking to strike the balance between sporting endeavour and usability both every day and over long distances, there is no doubt both the i8 and 911 are fighting for same customers, but so too are they coming at them from diametrically opposed directions.

Yes, these are both expensive coupes with tiny rear seats and limited luggage space, but it is the differences between them that are most striking. The 911’s structure is made from metal, the i8’s from carbon fibre. The 911 is powered by a three-litre engine with six cylinders, whereas the i8 derives most of its power from a motor of half that size and with half that cylinder count. But the i8 can also use electric power to boost the petrol engine, or power the car all by itself, for distances of up to 23 miles and speeds of up to 75mph. That makes local journeys and most commutes not only near silent but almost free of charge, and that’s before you factor in the significant tax breaks it affords both private and company users. But if you buy a 911 you can choose between two and four wheel drive, manual and automatic transmissions; i8s are all wheel drive and paddle shift only.

Having spent a lot of time on the road in both of late, I find the contrast in results quite fascinating.

Part of me still fails to understand why no one else went down the rear engine route espoused by the 911: even with an engine as small as the i8’s, providing room for it plus enough space for rear seats between the wheels has led to the BMW having the same wheelbase as the X3 offroader. Conversely, the 911’s wheelbase is shorter than a Ford Fiesta’s, yet its rear seats are no less unusable than the i8’s, while its boot is actually bigger.

And while you might think the carbon fibre i8 must be far lighter than the steel and aluminium 911, the scales tell a different story: because of the weight of the BMW’s hybrid motor and batteries, the 911 Carrera 4S is just 5kg heavier. But the Porsche is also nearly 60bhp more powerful. Then again, not only does the i8 have more torque, thanks to its hybrid drive it can deploy most of it from rest. 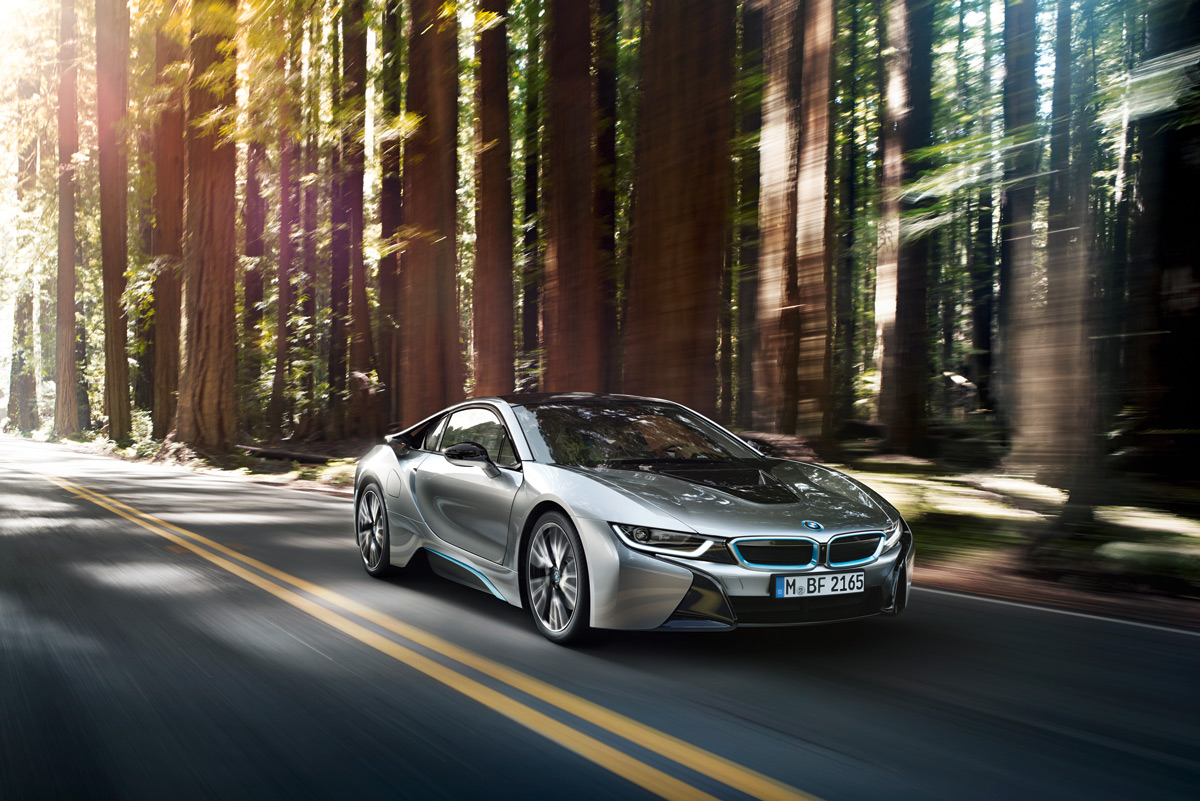 Statistics, however, can only reveal so much. The truth is the 911 is a little quicker, is even more enjoyable to drive and even with the paddle shifter and four wheel drive the i8 has as standard, still £11,000 cheaper. A slam dunk for Stuttgart then? Not quite. Unless trying to open the doors in a tight parking space, the i8 is actually even easier to live with than the 911, more soothing on a long journey and, to these eyes at least, a whole lot more special to look at and sit in. It brings a sense of occasion to every journey very few cars of any kind could match. And though it is more expensive to buy, its likely running costs will be far lower than a 911’s, both in terms of fuel consumption and tax breaks.

So which is best, evolution or revolution? As a man who loves driving, I’d have go for the 911, not least because I could save myself almost another £10,000 by choosing a 911 with the rear wheel drive and manual gears I’d prefer to have anyway. But as a device to live with day to day and to something close to my astonishment, the i8 is the more effortless, more memorable device. And if, as BMW must hope, it points the way to the future for such cars, that future is bright and to be anticipated with relish.