Norman Dewis risked his life manning a Blenheim gun turret and developing Jaguars at high speed; a rare example of someone who deserves the term ‘hero’, writes Andrew Frankel 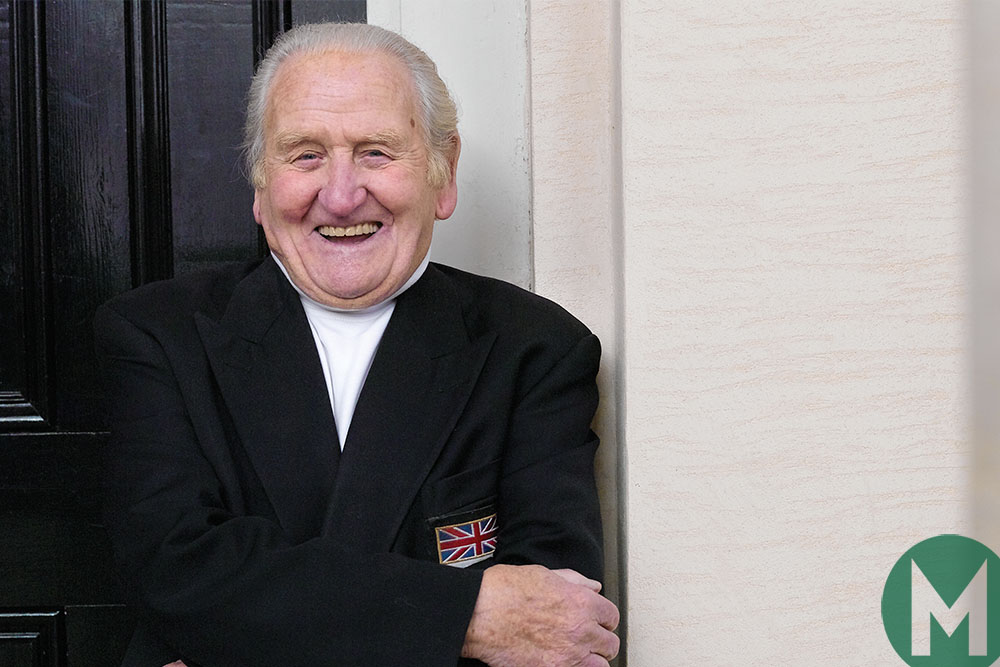 There is probably not much need to repeat to an audience such as this the list of achievements of Norman Dewis OBE, who died peacefully in his sleep yesterday, aged 98. You will know already that he was the man responsible for determining how all Jaguars drove from 1952 until he was unwillingly forced into retirement aged 65 in 1985. In that time he developed the D-type, E-type, MkII, XJ6 and many other greats. His was one hell of a CV. He may have left Jaguar but Jaguar never left him and for 30 years that took him into his mid ‘90s he travelled the world to promote the brand he loved. An evening in one of Norman’s audiences was, without exception, an evening well spent.

But there was so much more to this life, even than that. He left school after his father died in 1934 and went to work aged 14 to provide for his family. He was an accomplished Armstrong-Siddeley chassis engineer before war broke out. During the conflict he spent three years as a turret gunner on Bristol Blenheims before being invalided out after super-cooled air from the leaky turret finally caused his kidneys to pack up. It possibly saved his life: it has been reported that more aircrews lost their lives in Blenheims during World War 2 than any other aircraft. It was a part of his life about which he rarely spoke.

Stirling and Norman would sit and smile for the cameras and then, the moment they thought the attention was off them, would start cackling together like schoolboys

He joined Jaguar at the end of 1951 and went to work developing disc brakes for road use, enduring hundreds of heart-stopping brake failures on test tracks before the problem of pad knock-off was resolved. His final sign off test to compete in the 1952 Mille Miglia as Stirling Moss’s co-driver in a C-type. The car retired, but near the finish and in third place. The concept had been proved. He was famous too for three 130mph accidents at MIRA, one in a C-type, one in a D-type and, far and away most famously, the last in the XJ13 prototype. All were caused by mechanical failure, all were survived by the diminutive Dewis, with no belts or roll protection, diving under the scuttle and riding out the crash inside the car.

I got to know Norman well in 2000 when for Motor Sport magazine I organised a meeting between him and Luciano Burti, Jaguar test drivers half a century apart. He was as fascinated by Burti’s F1 car and Burti was by the kind of contraption Norman deemed fit for racing in the 1950s. They got on well and there was plenty of banter but they came from different worlds.

So I was sad to discover he was unable to join me in 2001 as we retraced his epic overnight journey to Geneva in 1961 to deliver an E-type to the motor show. I was told he had cancer and was not long for this world.

Norman had other ideas about that, however, and was soon back to his best. So much so that 11 years later, aged 91, he accompanied me and Stirling Moss to Brescia for the 60th anniversary of that pioneering drive. Even then they were the only surviving Mille Miglia crew from a major team. They turned up in the C-type in which Moss became the first person to win a race using disc brakes and, somewhat predictably, got mobbed. 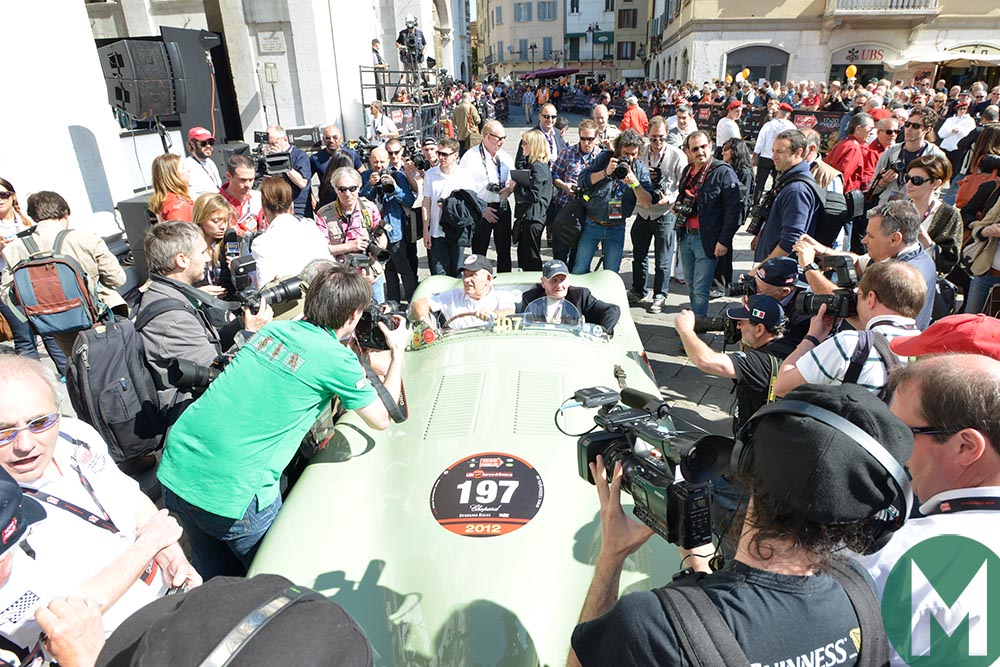 Stirling would be the first to say he doesn’t have total recall of all that went on back then and would often refer media questions to Norman to answer, who was in his absolute element. Sitting in blazing sunshine, answering questions for hours, his eyes never stopped twinkling, his patter never faltered. They took the start together too, Moss and Dewis up on the ramp once more, in a C-type, waiting for the off. For me it was an intensely emotional moment. For them it was an enormous laugh. They’d sit and smile for the cameras and then, the moment they thought the attention was off them, would start cackling together like schoolboys.

Later that night, back at the hotel and away from the glare, most of our small and happy group went to bed at a sensible time. But Norman and I stayed up drinking. We talked about all sorts of things – I remember particularly his passionate defence of Mike Hawthorn’s role in the 1955 Le Mans fiasco, which he saw from the Jaguar pits where Hawthorn had just parked. I didn’t agree with him, but he was there at the time and needed to reconstruct nothing after the fact from grainy cine film. As surely one of the very last surviving eye-witnesses of that most terrible day, I found his testimony fascinating. 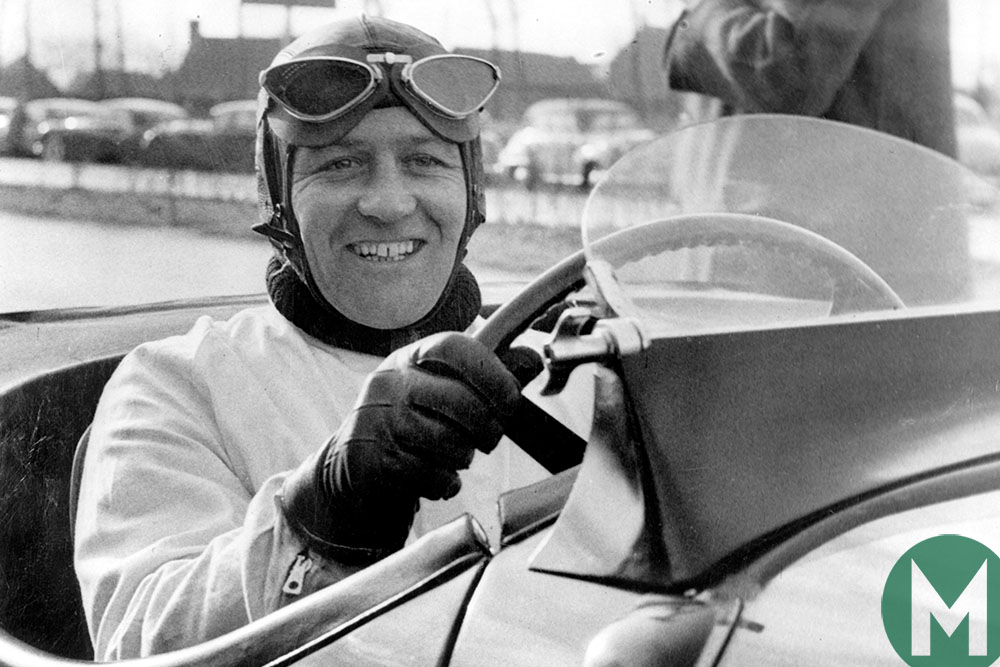 He even started to talk about the war, but only in general terms, never about what he saw. Norman was the most lovely and open chap, but those experiences remained tucked away somewhere I did not feel it was my place to go. I did however suggest he must have been pretty relieved to be invalided out of those Blenheims. ‘Relieved?’ he said, looking at me with sudden steel in his eyes, ‘no, I was bloody annoyed.’ I guess his mates were still up there.

At 1.30am I became acutely aware that the combination of a very long day and far too much Chianti meant I was no longer making much sense. So I turned down Norman’s kind offer of one last gin and slunk off to bed. Six hours later I appeared bleary of eye at the breakfast table to find an immaculately turned out Norman in his blazer and bootlace tie already tucking in. He’d already been up long enough to have done his exercises and was now ready and raring to face the new day.

Few people in this business deserve the term ‘hero’ but Norman was one. Whether it was risking his life trying to discover why the brake pedal kept sinking to the floor as he developed the disc, or risking his life climbing back into the lumbering, hopelessly defended Blenheim for one more patrol along the Norwegian coastline, he always put the job first, whatever the potential cost. I guess he will be remembered most for the D-type and E-type, but his contribution was so much greater than that. So the next time some idiot jumps out of a side-turning forcing you into an emergency stop, as your powerful, fade-resistant discs bite, spare a thought for Norman and the role he played in bringing you safely to a halt.

So let’s not forget that his was not only a long life, but one spent doing what he loved, and making such a difference to so many people in so many ways. He died peacefully in his sleep at a very great age, having made the most of every day he had on earth. Few of us will be so lucky. So mourn the passing the Norman Dewis OBE by all means, but not without celebrating his important and extraordinary life too.