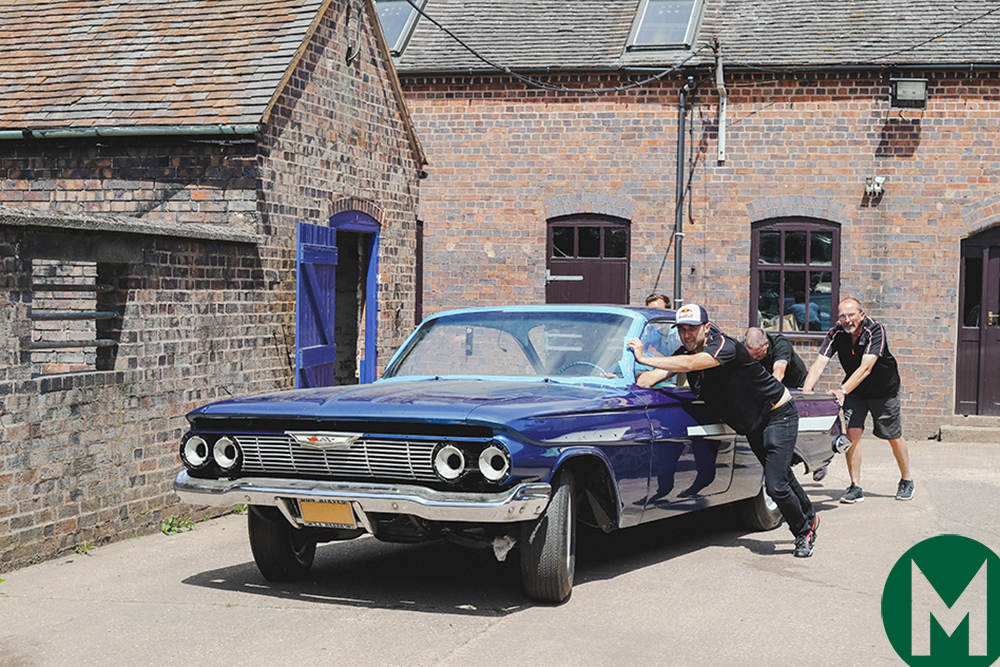 After six months of restoration this 1961 Chevrolet Impala finally runs, and it’s a major part of the story of Dan Gurney‘s career.

The full story regarding this incredible V8-powered Impala is in the December 2018 issue of Motor Sport, but here’s a small taste of why this car is so important.

Gurney reckoned that a stock Impala would be adequate against the Jaguar MkIIs of Roy Salvadori, Bruce McLaren, Graham Hill and Mike Parkes in the British Saloon Car Championship and began work on an early example that rolled off the production line in police and taxicab spec. It was up to slightly upgraded drum brakes to stop the 1.6-tonne car and its 6.7-litre V8 from hitting the barriers…

He shipped the car to the UK for the 13th International Trophy Race at Silverstone on May 6, and the hulking two-metre-wide and five-metre-long car proved a worthy competitor. An accident stopped Gurney from winning, however – his left-rear wheel broke off two laps from the end.

Fast-forward to July: Gurney was banned from competing in the production saloon car race at Silverstone on July 8, and subsequently wrote an angry letter to Autosport about it.

“I will, in time, get over the fact that I spent a lot of time and money in bringing the Impala to Great Britain, but I will not readily forget the suspicion that there may have been some behind-the-scenes sabotage to prevent the Chevrolet from running at Silverstone…”

Read the full story in the December 2018 issue, and view the high-resolution gallery below. Subscribe here.