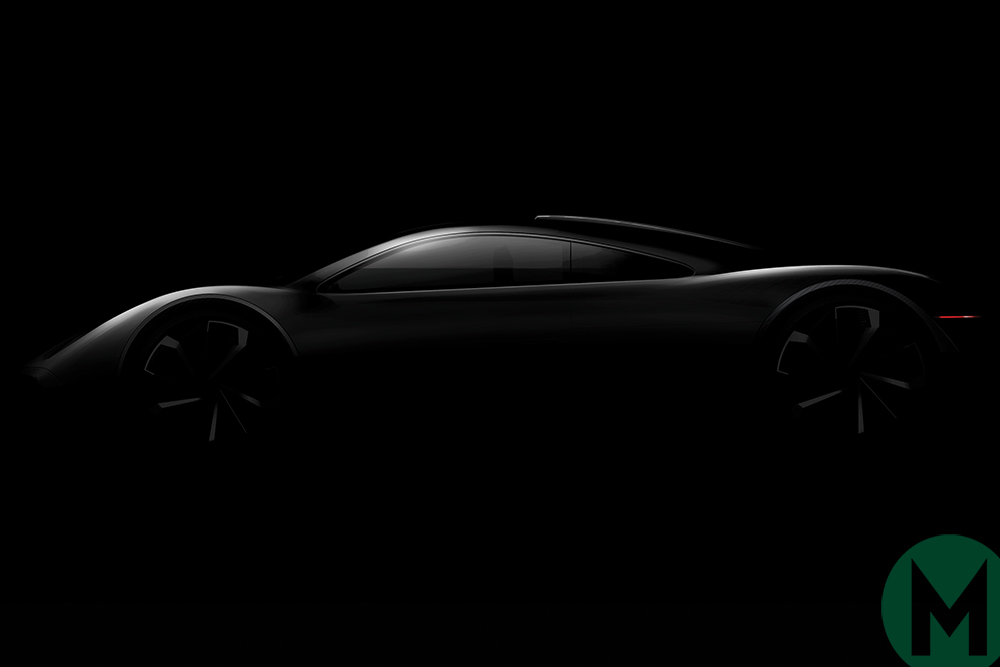 Fifty working years. Most people would be ready to retire, but not Professor Gordon Murray. After several different careers including fielding the most powerful Formula 1 cars ever, building the greatest supercar yet assembled and redesigning the whole process of building a car, he is soon to launch his own mini-supercar.

At an invitation-only display of over 40 cars he’s designed in half a decade, the South African engineer and visionary launched a new car brand – IGM, for Ian Gordon Murray. That’s the badge he affixed to T1, his first car, which he raced in South Africa in 1967/68 – and the original steering wheel bearing that 50-year-old badge was hanging on the wall to prove it. Now it will grace a new range of super-lightweight models employing his patented iStream assembly system, which will stretch from urban transport to the high-performance sportster.

From the Archive: Lunch with Gordon Murray

Murray was coy about details and timing on the sports car. “We’re under no time pressure,” he said. “It’ll be ready when it’s ready.” Refusing to be drawn on facts, Murray stated that the car would gain its performance from its lightness rather than heavy horsepower. Word is it will pack a three-cylinder turbo motor, while a single teaser image seems to show a low, sleek mid-engined machine with roof air intake a la McLaren F1. “But we don’t want to be Ferrari,” Murray said. Instead, IGM will be a low-volume concern developing innovative processes and prototypes for clients while selling its own vehicles in very limited quantities. Meanwhile, Gordon Murray Design will continue its varied design and engineering projects, including iStream which has been licensed to Yamaha in Japan, and the new TVR Griffith, on display here, which Murray told me they had been testing on Dunsfold’s track the day before. Again, light weight is paramount – the TVR is some 300kg slighter than its rivals.

Ranged around IGM’s brand new Dunsfold Park premises, the extensive ‘One Formula’ exhibition depicted the Brabham era, when Murray’s cars brought two world championships, the supremely successful McLaren MP4/4 and the McLaren F1, 25 years old and still the most complete supercar ever produced. But it also highlighted the breadth of this talented engineer’s vision – from the sleek tandem-seat LCC Rocket to the angular Minibug kit car, outrageous McLaren SLR to Ox flat-pack lorry for Africa, Le Mans-winning F1 GTR to radical T25 three-seat city car. Wearing a lively spotted shirt, Murray strolled round with us, as enthusiastic about his Mini-based flat-panel Bug – “it was our only car for three years!” – as the ingenious BT46B Brabham sucker car, released from Bernie’s collection just for this private show. From behind there was a striking visual overlap between fan car and his turbine-tailed Batmobile – “a bit of light relief for the ‘Batman Live’ show,” he grinned.

Clearly the man’s creativity is well on-cam. And if plotting a revolution in the car industry wasn’t enough, Murray now aims to show the car world that from now on slimming down is going to win over muscle power.