In this business there aren’t many things I enjoy doing more than sitting down with Gordon Murray, and I include those involving having a steering wheel in my hands. It’s like being magically transported from the centre of a pollution-choked city to the top of an alpine peak, where in place of all the fuss, bullshit and confusion down below, there is only fresh thought, and total clarity of vision.

We met again for the first time in far too long a couple of weeks ago, the purpose being to unveil to me his new T.50 supercar. I’ve written about the mechanical details of the car in this spot before so don’t intend to dwell upon them, but it is worth repeating the salient points, namely that the T.50 is a car like no other since, well, the Murray-designed McLaren F1 of which the T.50 is the most direct of descendants.

Like the F1 it is an arrow-head, centre-steer three-seater. It has a 3.9-litre, 654bhp normally aspirated Cosworth V12 engine, an H-pattern Xtrac six speed manual gearbox, fan-assisted aerodynamics and a weight of 986kg. And like he was back in the F1 days, Gordon has no interest in lap times, top speed or any of the traditional statistical measures by which saloon-bar literati love to judge such things. Only one thing matters to him: that it be the best driver’s car in the world. 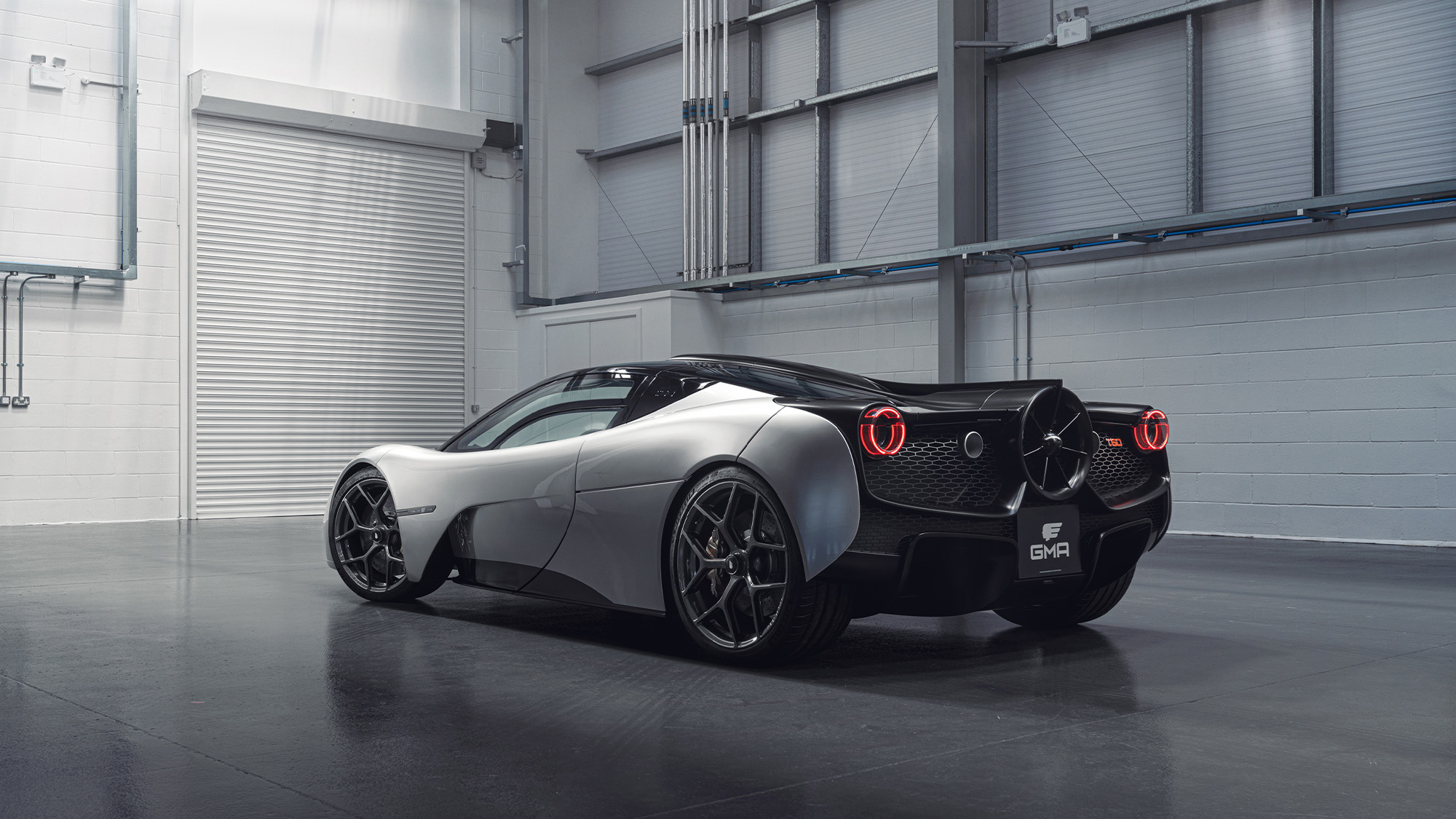 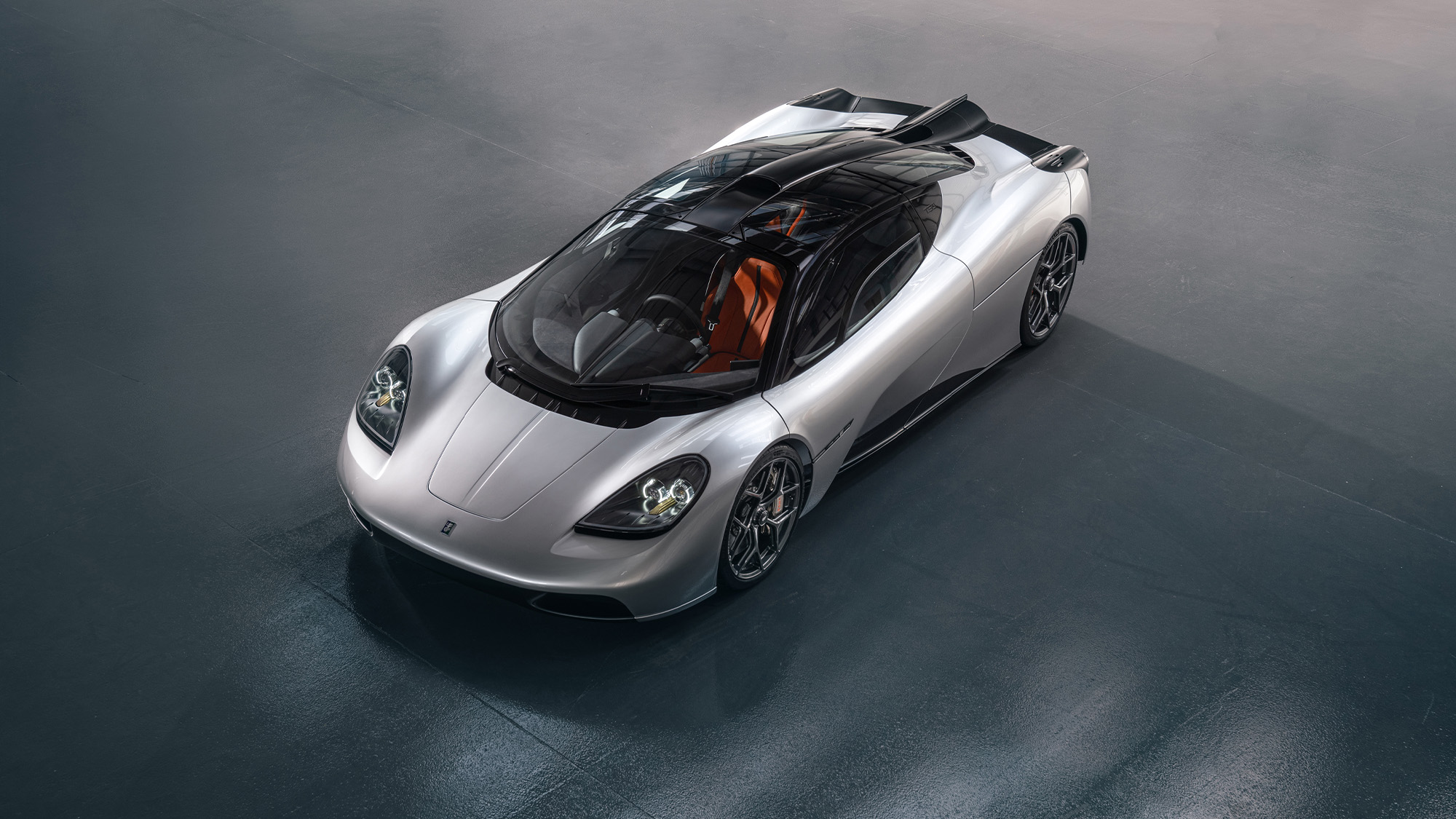 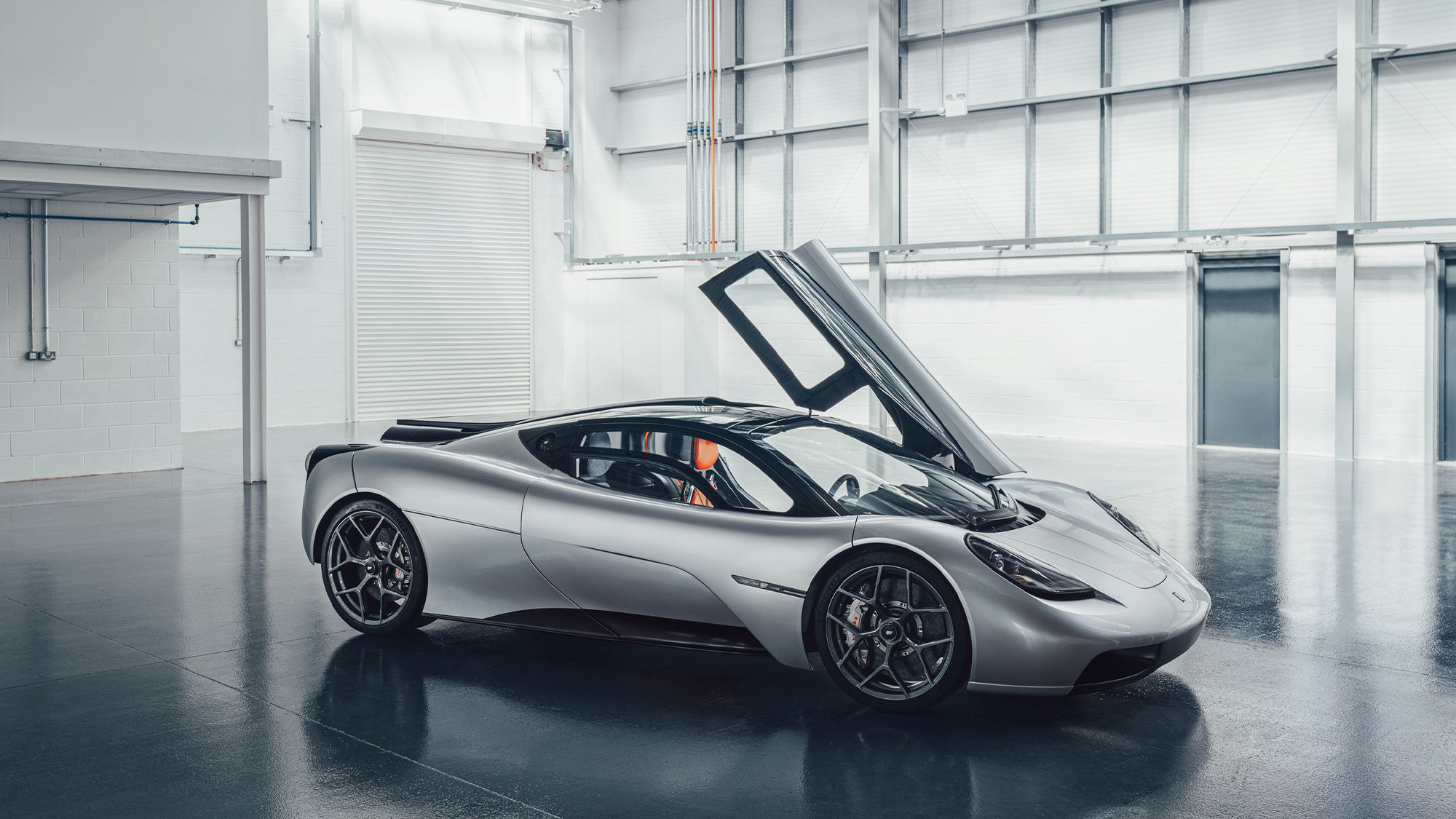 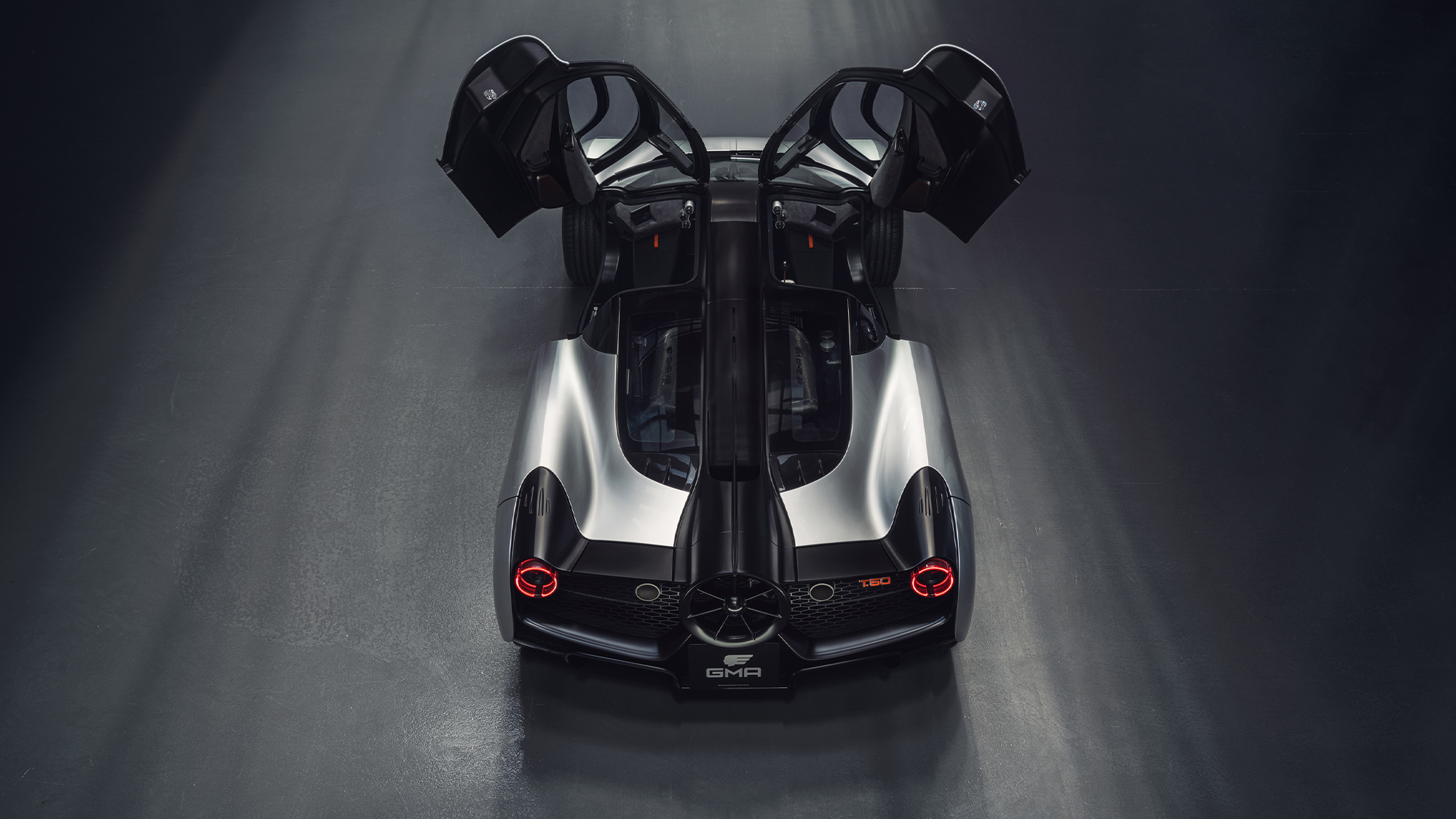 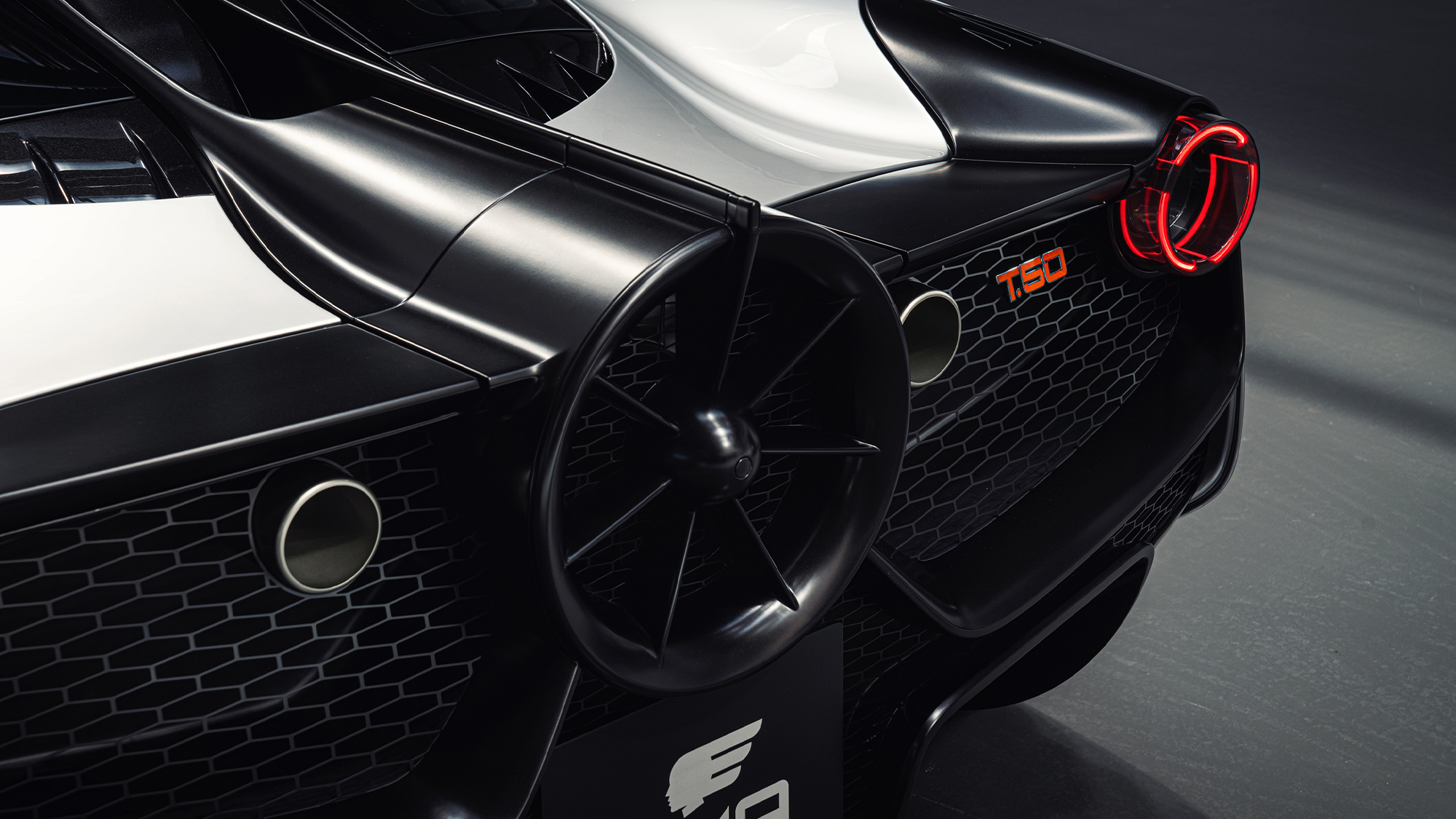 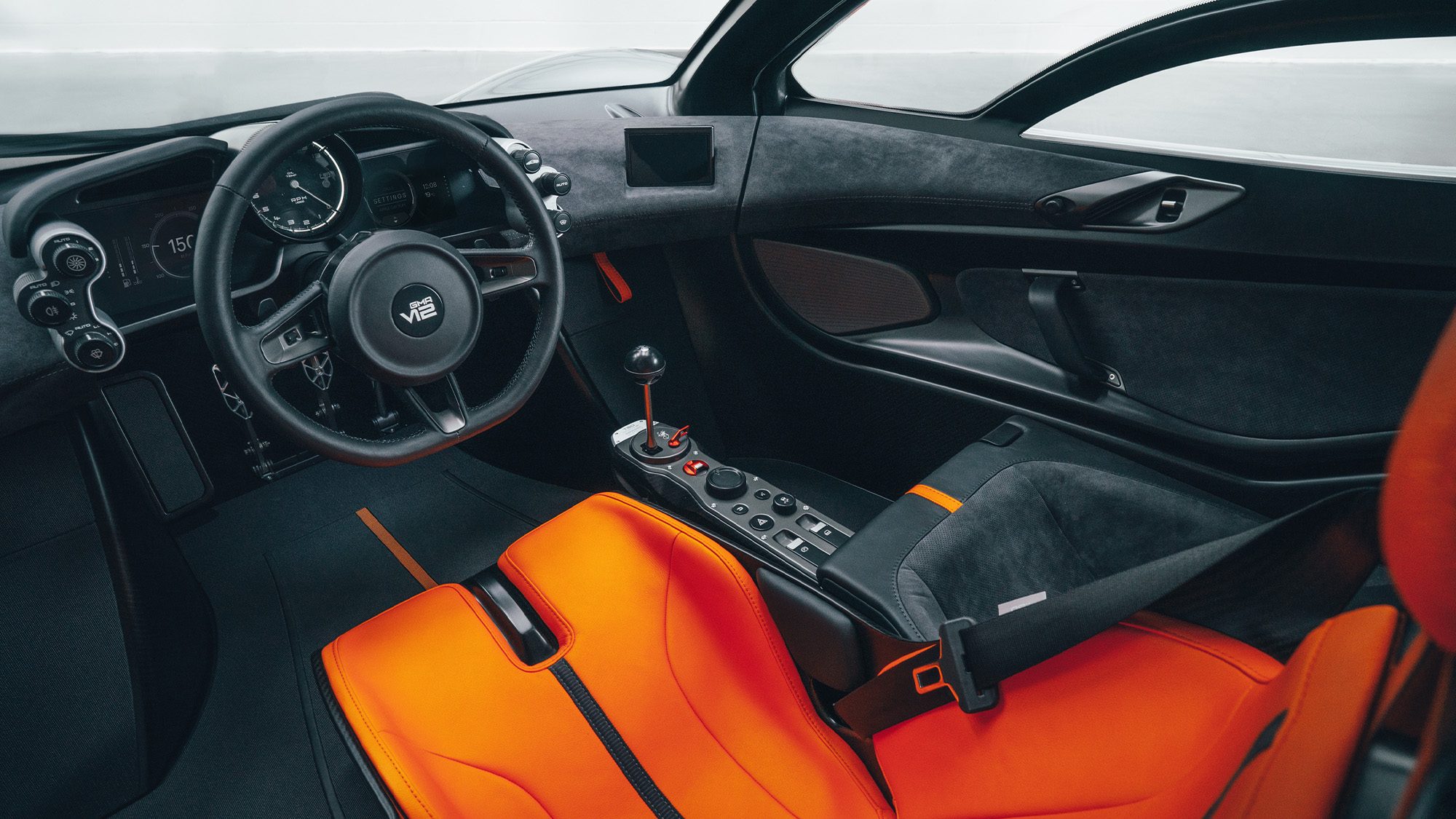 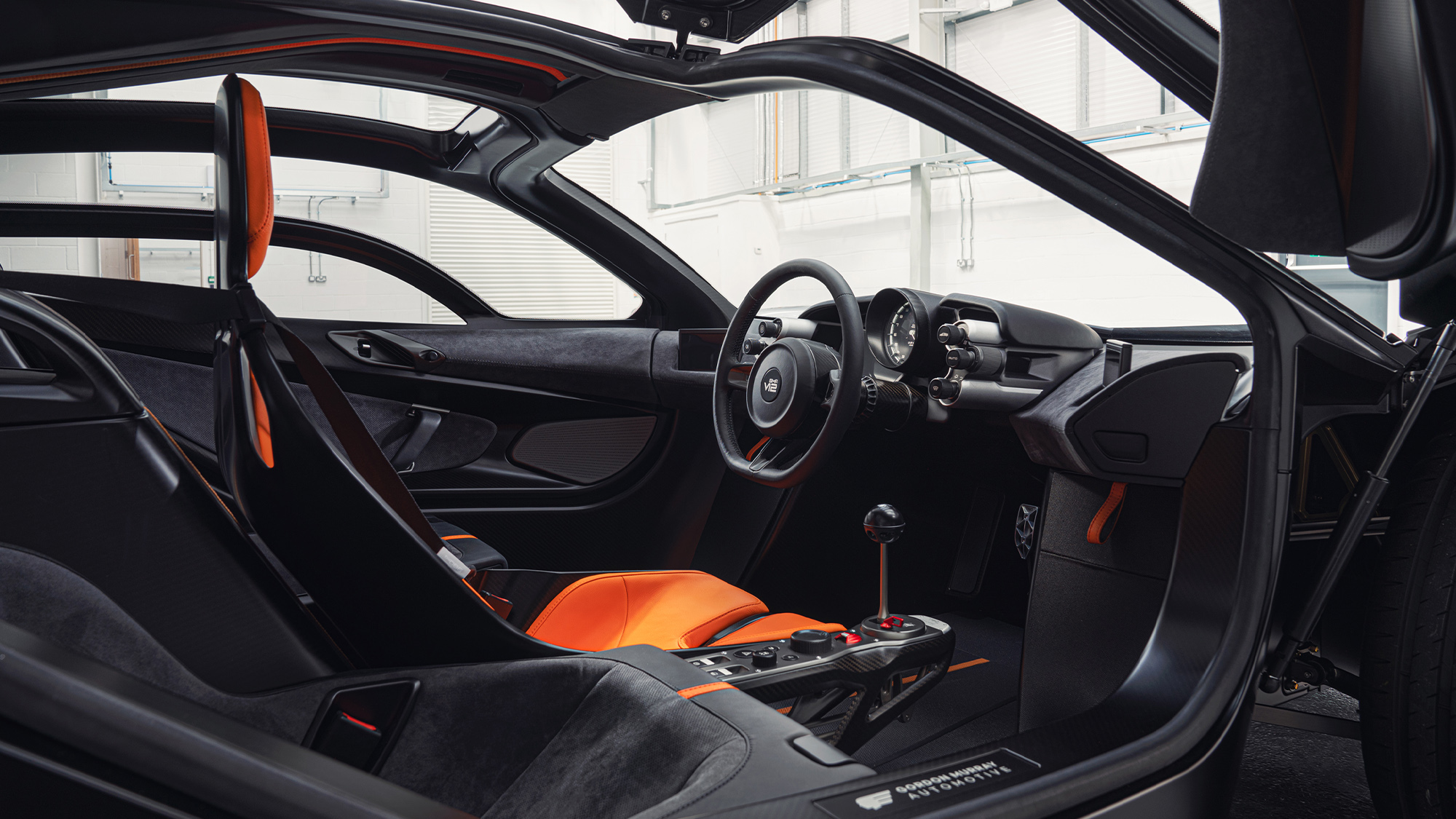 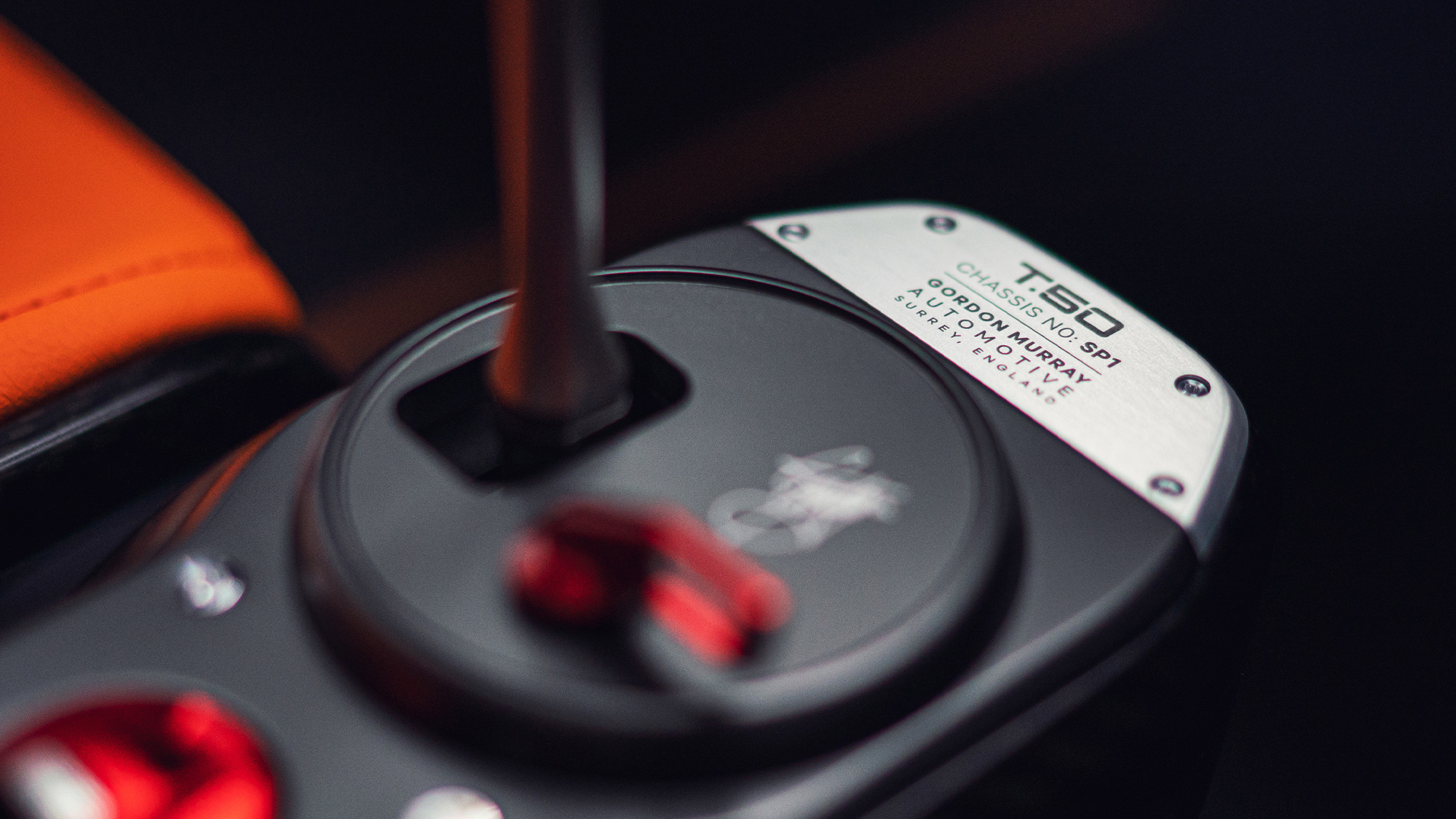 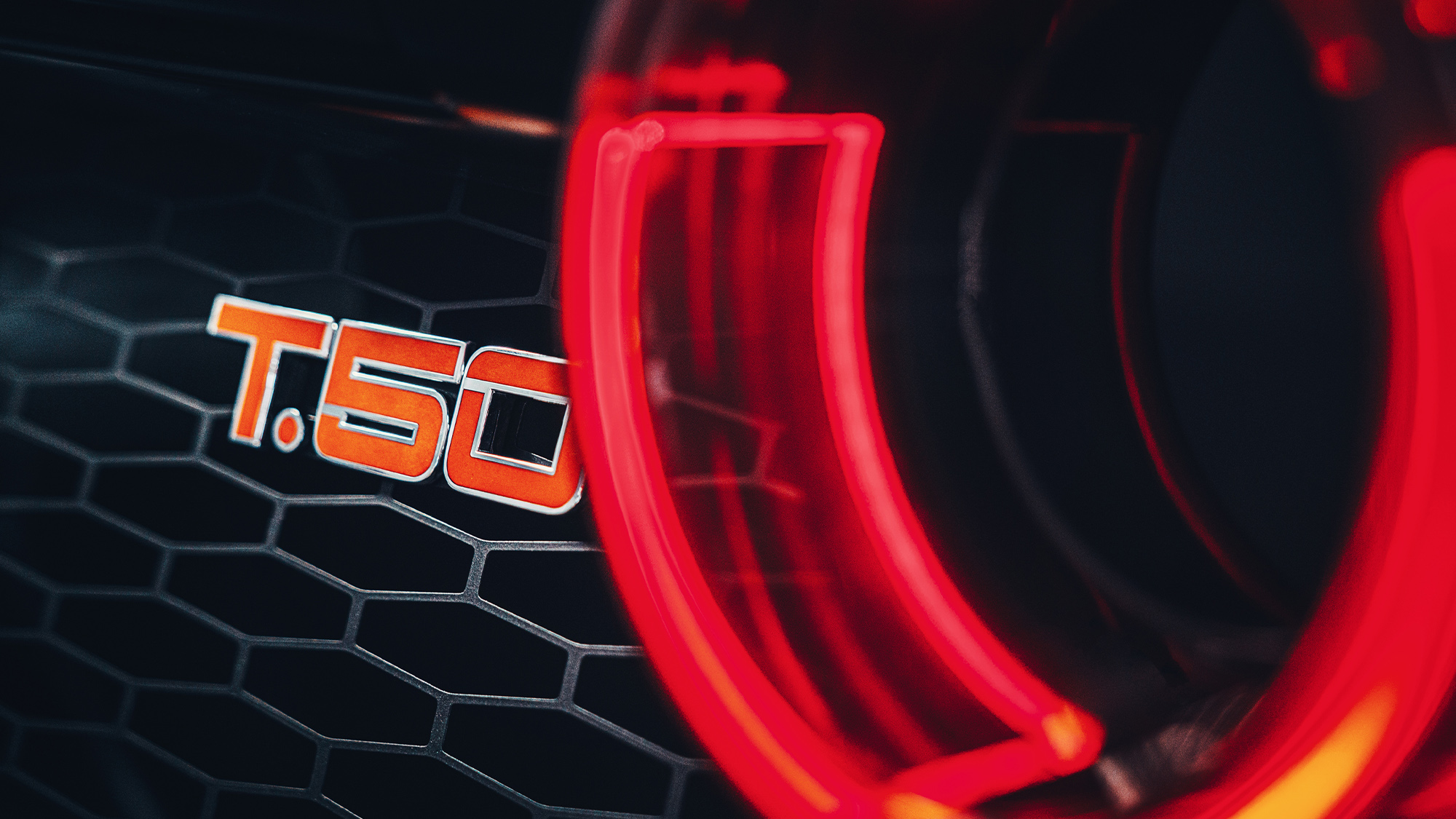 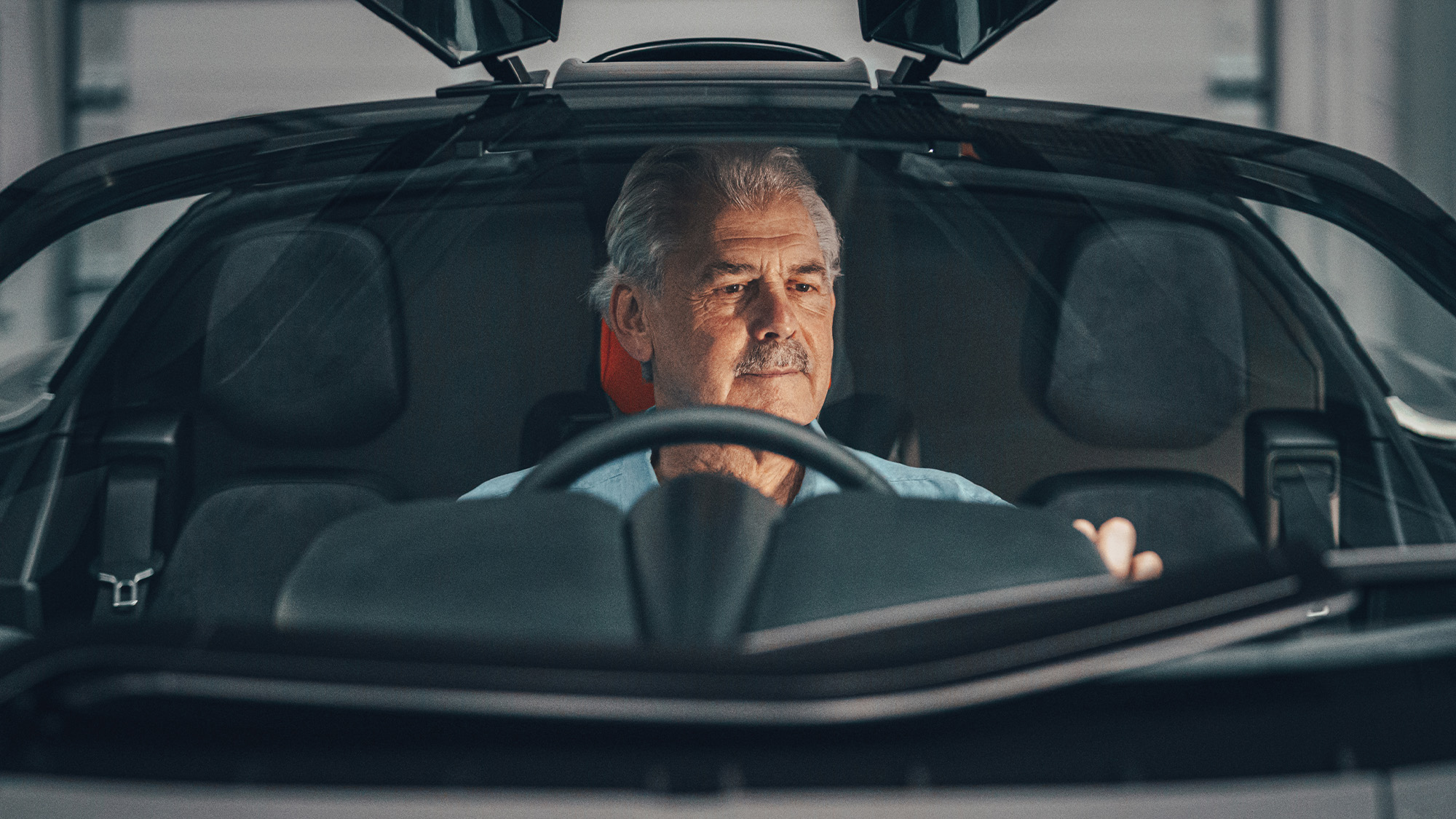 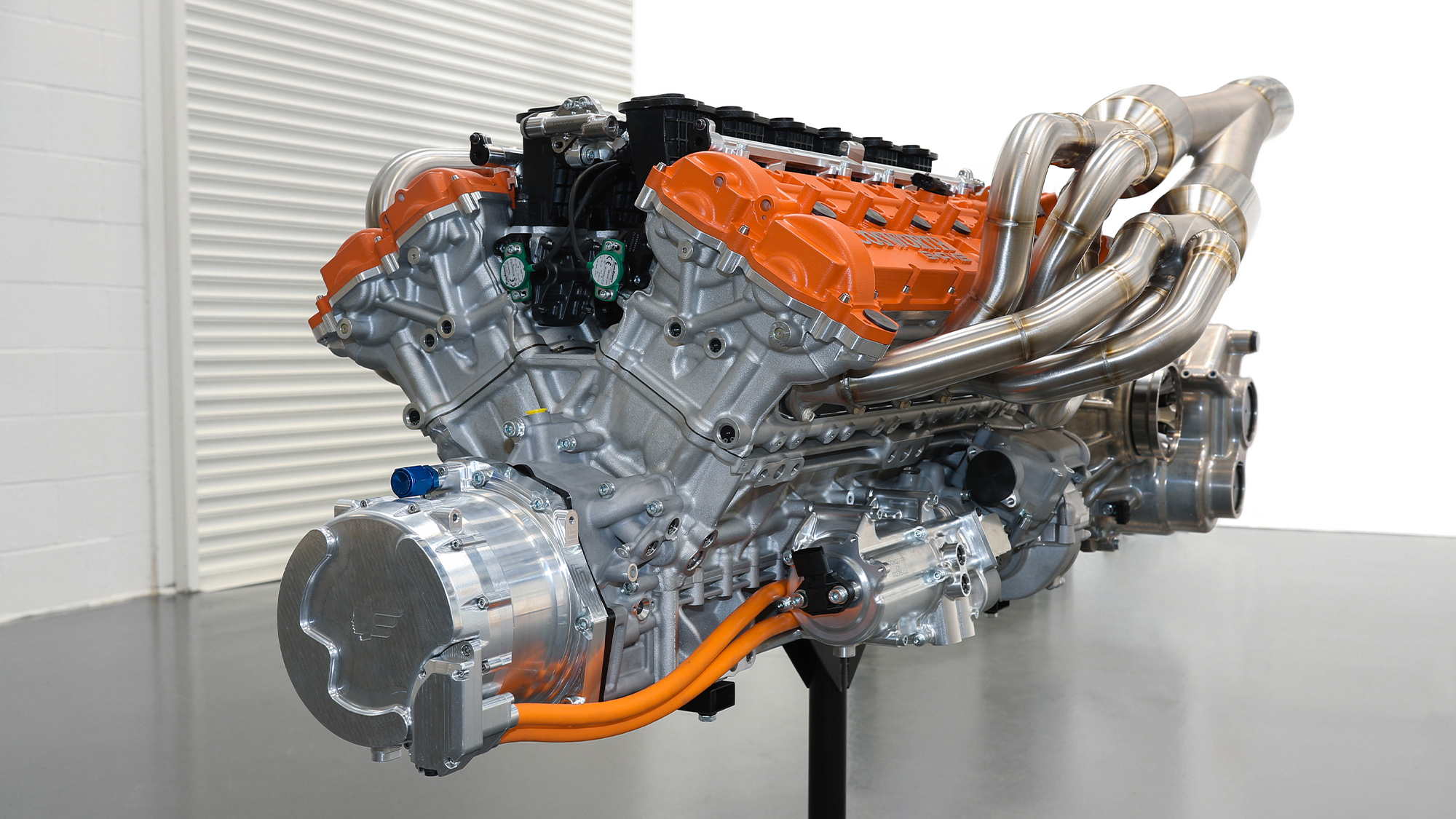 We will have to wait until 2022 to discover that because, as of now, the only ‘car’ that exists is actually a model and the first mule – based on an Ultima sports car – is only about the start running. But after a solid year and a bit of development, Gordon reckons he’ll have all 100 customer cars out of the door by the end of 2022. There will be 25 track versions too.

So it might seem strange that not all are sold, but not to Gordon. He’d expected no more than ten per cent of customers to have ordered a car without even seeing it, not least because each T.50 costs £2.36 million before tax. “I’ve made no attempt at all to push it, because I wanted people to see it first,” he says. In the event most cars have already found homes, such is the confidence in Murray’s abilities. “If you think about it as a car that will be incomparably better than F1 in every single way, but comes at an 85 per discount relative to the cost of buying an F1 today, what you have is a car you’re not going to frightened to use.”

The T.50 does indeed look extraordinary, if only because it is so small and its shape so clean compared to the monster hypercars to which we’ve become increasingly acclimatised. Its footprint is very little bigger than that of a Porsche Boxster and while it does have deployable aerodynamics (not to the mention that rather conspicuous fan out the back), it is the cleanliness of the T.50’s shape that strikes you first and hardest.

You can see the F1 in its too, at the front, the side and in its rear spine under which will sit the lightest, most energy-dense naturally aspirated V12 the world has ever known, producing more power on fewer than four litres of capacity than the F1’s did on more than six. How? Well the fact the F1 motor spun to around 7800rpm and this one is safe past 12,000rpm probably has quite a lot to do with it. It only fired up for the first time in the last week or two so I don’t believe anyone has yet heard it at full chat, but it should sound absolutely incredible. 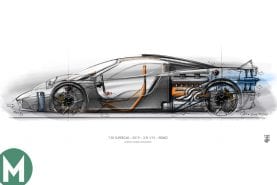 Gordon Murray's new T.50 supercar is his successor to the McLaren F1 that uses the Brabham BT46B's party piece We have known since his 2017 ‘One Formula’ exhibition, that Gordon Murray…

I expect many will be thinking this car will be Gordon’s last laugh, that his 50th design in 50 years in the business will be his final hurrah, after all at the age of 74 he has more than earned his retirement. But then I expect no one who thinks this way has ever met the man. I can confirm his mind is as fertile as ever, his loathing of compromise and love of pure engineering at least as fervent now as it was back in his F1 days. If the T.50 succeeds, make no mistake it will not be the last we hear of Gordon Murray Automotive.

But what should he build next? When he designed the F1, he got all its potential rivals together and was profoundly unimpressed by all save the Ferrari F40. He had his reservations about Enzo’s last car (‘I could never have made an F40, not least because I don’t know anyone who can weld that badly), but he did love its lightness and focus on the driving experience.

And I’d love to see his 21st century take on that car: the T.50 will be incredible, but so too will it be practical, civilised and comfortable, with air conditioning, navigation, a bespoke sound system, ample luggage space and so on. So what if he built a car that didn’t bother with all that and was powered by a scaled down V8 or V10 version of his new engine, still with a manual gearbox but with a kerbweight of, say, 850kg. And what if, instead of 100 cars at £2.4 million, he made 200 at £1.2 million? Or 300? Would they sell? I’m no money man, but I’d be amazed if there wasn’t a queue. 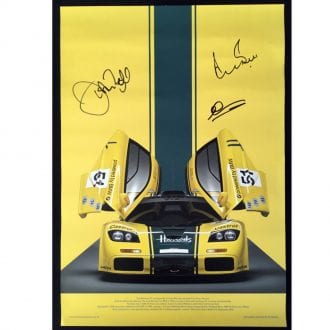