What, relative to expectations, is the worst motoring experience of your life? Mine was doing a lap of the Piccolo Circuito della Madonie, otherwise known as the Targa Florio course. And it was all the fault of the Bugatti Veyron. 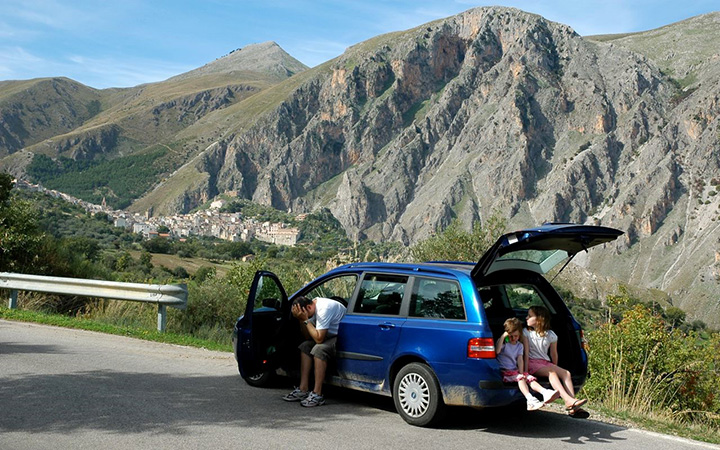 Naturally I’d flown to Sicily by private jet and then transferred by equally private helicopter over the mountains to the private villa where a choice of three 1000bhp Veyrons awaited.

We headed out onto some of Europe’s greatest roads in a car that will reach 200mph faster than most cars reach 100mph. Beside me sat a Bugatti engineer who confirmed the police would not be troubling us today. The experience was close to supernatural: not even Brian Redman had 1000bhp under his foot when he drove in the Targa Florio.

Then some nice chap with a pre-war Type 35T Bugatti asked if I’d like a ride and when I suggested I might drive, he just smiled broadly and directed me to the seat with the wheel. And I was being paid to do this.

What was so terrible about this experience? Absolutely nothing, at least until I decided to go back, not as a spoiled motoring journalist, but a normal punter. We still flew by jet, but one run by Michael O’Leary and his highly unorthodox approach to customer care. In place of the helicopter at the private terminal, there was a knackered Fiat Stilo estate at the Hertz desk.

Undeterred, I set off around the course. Except when I say ‘I’, I of course me ‘we’, for I was not alone. I had my long-suffering wife and, crucially, two young daughters on board too. You may now already suspect how this story ends.

We were fewer than 10 miles into the 44-mile lap before the first said she felt sick. For reasons both emotional and practical, such pleas cannot be ignored so I slowed down and when she felt no better I slowed some more until I was holding up the coach-load of pensioners I’d passed at the start.

“It’s no good, we’ll have to stop,” said the wife, claiming first prize in that week’s competition for stating the blindingly obvious. So we did. And when we got going again I probably managed five minutes at a reasonable speed (for an overladen Fiat Stilo estate) before she felt sick again.

Not wanting to be outdone or perhaps in a gesture of purest solidarity, her sister then said she felt ill too and just as I managed to get the car stopped again, she proved it more than just talk by actually being ill, though mercifully all over the grass verge rather than Fiat’s upholstery.

It seems incredible to me from these few years distance that the heartless bastard I so clearly was insisted on continuing but I think I must have become obsessed, filled with a crazed compunction to complete the lap no matter what. So I set my jaw and grimly carried on at a speed that could never make anyone feel sick. Apart from my wife. Which is how I found myself in a minority of one sat amid a quorum of queasiness and even I knew the game was up.

In 1970, Leo Kinnunen drove his Porsche 908/3 around the track in 33min 36sec. In 2006, Andrew Frankel abandoned his Fiat Stilo station wagon after 2hrs 14min and 27sec with a quarter of the lap still to go and a vomit-fuelled mutiny on the back seat.

In my darker moments I still suspect it was a conspiracy among the distaffs to get me to abandon my clearly deranged scheme and get to a hotel with a pool and I would like to point out that the moment my will was finally crushed and we turned around, no-one felt so much as a touch iffy all the way back.

Sitting by the pool nursing a cold beer, watching the sun set behind the mountains and hearing in my head the shrieks, growls and snarls of the racing Porsches, Alfas and Ferraris that passed this place so many years ago, I realised it had been a fool’s errand from the start. And I realised the fault lay neither with my bored, sick children nor my hard working, unloved Stilo. It lay with the Veyron.

It didn’t occur to me at the time, but there was a price for driving the Bugatti on these roads: it was that I could never come back. I should have realised it at the time. I do now.