A dozen years ago I raced up to Lotus HQ at Hethel just the other side of Snetterton. There was joy in my heart. I was about to drive the Lotus Evora, the Lotus that would finally provide convincing opposition to the Porsche 911.

Others had tried, the Eclat and Excel of the ‘70s and ‘80s in particular, but while lovely to drive – I hanker after a late Excel to this day – were always too underpowered and had too great a perception of fragility to work in that crucial daily driver role. But the Evora would be different. Why? Because it had the look, the power, the equipment and the price. Lotus seemed confident and so was I.

It took less than a minute to shatter. That early Evora wasn’t just a disappointment, in some regards like its gearshift and ergonomics, it really was shockingly poor. The fact that Lotus really was suggesting this car could be a credible rival for any Porsche, let alone a 911, was stretching the bounds of credibility to breaking point and beyond.

This was no alternative to a Porsche, but a Lotus far more flawed than either of the already ageing Elise and Exige. And it was only the fact it still set a new benchmark for ride and handling for that kind of car, that ensured its survival these last 12 years.

So now Lotus is having another go. Its new Emira will be launched on July 6th and is slated to be the company’s last purely petrol powered product. It will be one of four product lines with the Evija electric hypercar, a British-designed but Chinese-built SUV and a new platform for all-electric sports cars. 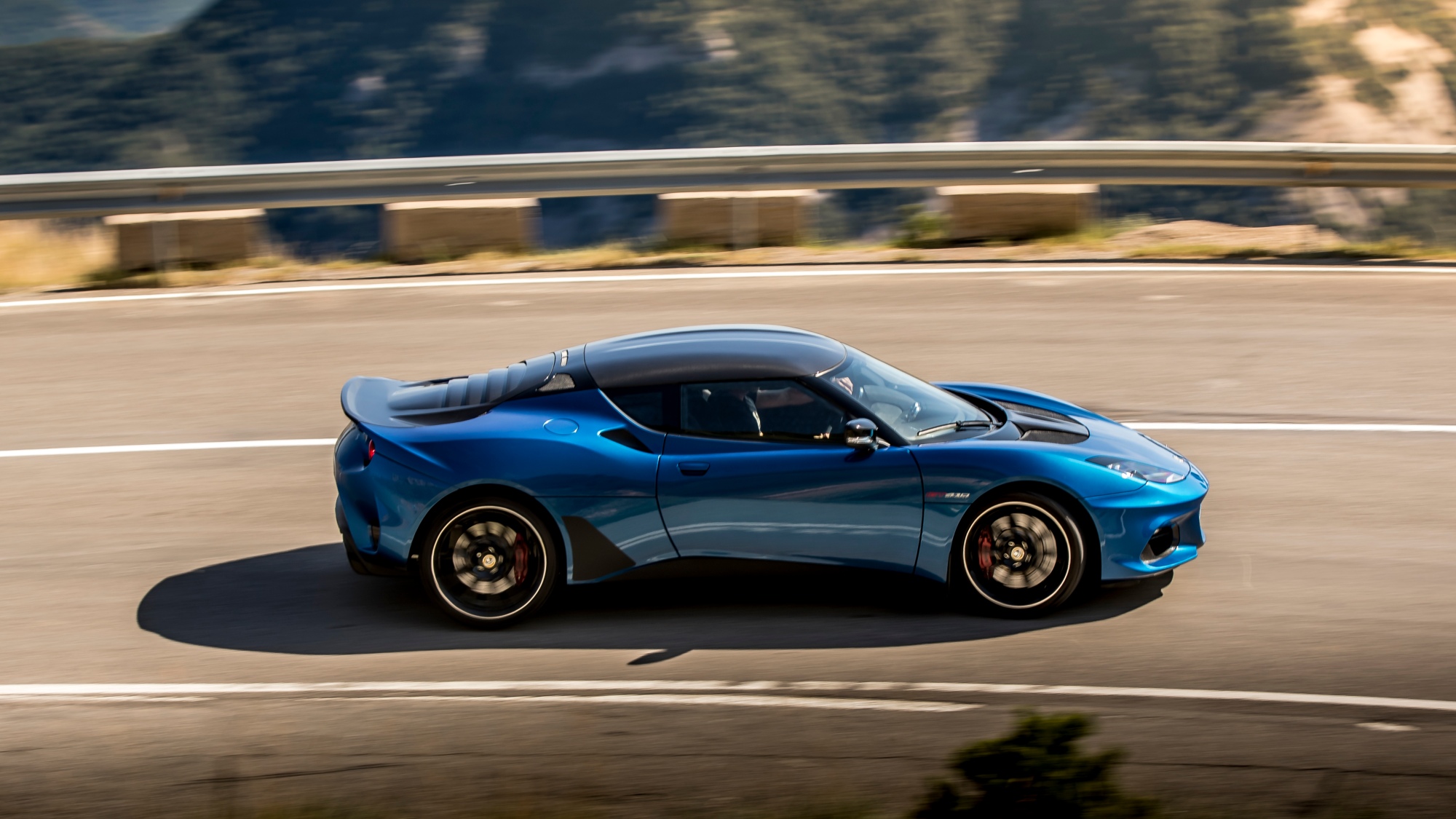 But here’s the interesting bit. The Emira is directly descended from the Evora but while its chassis is a development of that used by its parent, I am told that ‘it is so changed for there to be no point in further comparison’. Even so, that does confirm the Emira will still come with an aluminium chassis made from bonded alloy extrusions and we know too that the 3.5-litre Toyota V6 seen in the Evora in both normally aspirated and supercharged form will be retained, and joined by a 2-litre petrol four. Lotus is not saying from where the latter was sourced but both Toyota and its parent Geely have engines that fit that specification.

The Emira will be the last Lotus built with a purely petrol powertrain, which seems a little strange: scarcely relevant Evija aside, this is Lotus’s return to the world stage, only the second new car mere mortals can buy it will have launched this century, and it’s doing it with a car that in at least one crucial way doesn’t represent its future at all. But its positioning is more important still.

Many people, myself included, had expected the first production Lotus road car from the new regime to be a belated replacement for the Esprit: a low volume, high margin supercar to elevate the brand’s positioning. And the Emira could have been that car with a 600bhp motor and £120,000 price tag. In fact, it looks like it’s going to come in at about two thirds of that power and possibly less than half the price, with Lotus boss Matt Windle confirming it will be priced between the Porsche Cayman and 911, but closer to the former than the latter. 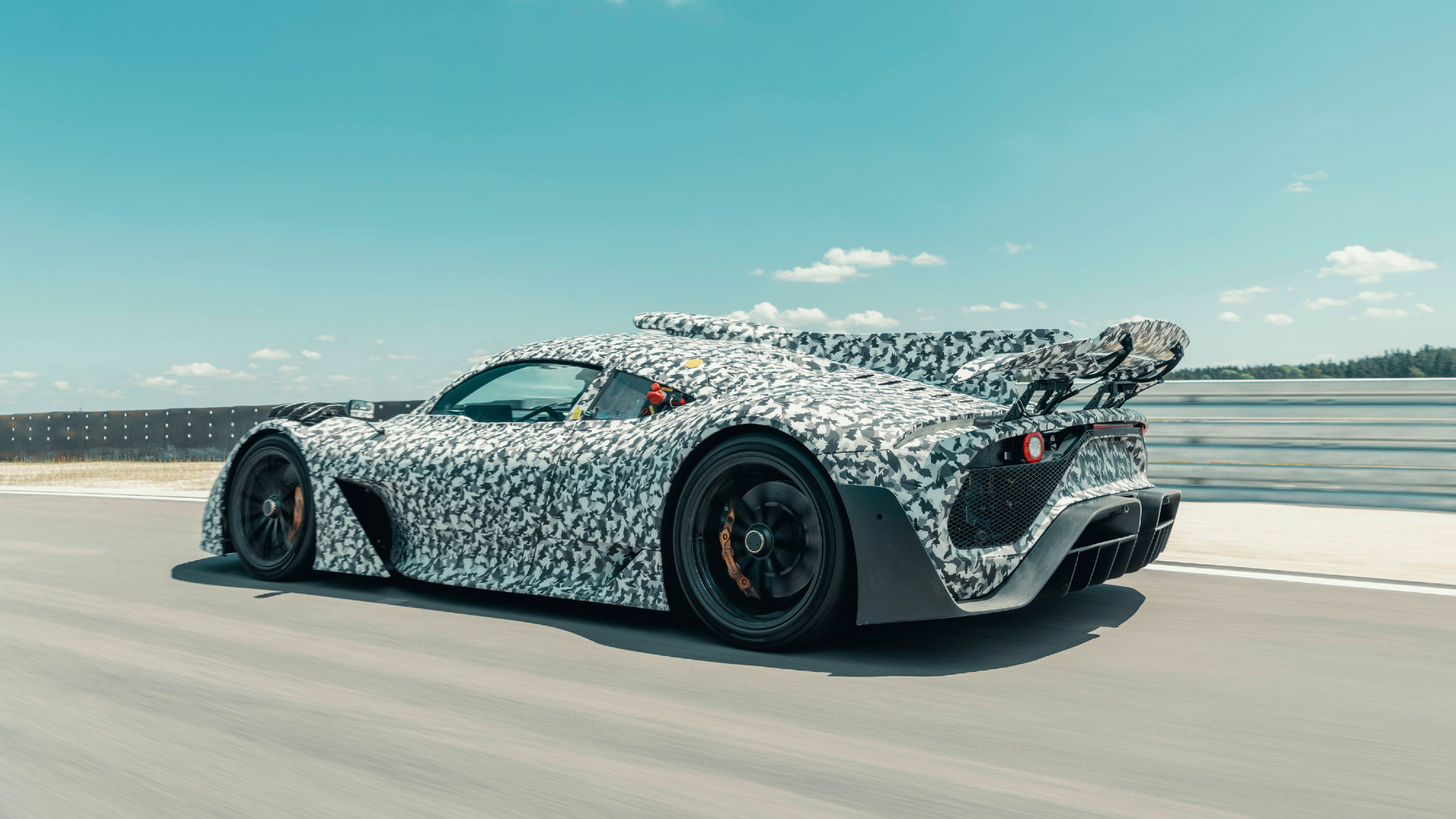 An F1 powered road car? Mercedes has cracked it... except for one problem

It has taken a while, but Mercedes-AMG has committed to start deliveries of its Project One hypercar this year. Or just ‘One’. Officially the concept was the ‘Project One’, the…

It’s a brave move. On the one hand, it makes life easier because it keeps Lotus in a part of the market in which it is already known, on the other people will actually forgive a £60,000 car its foibles less readily than one costing twice as much. At £120,000 the volumes would be a small fraction of what will now be required, and the car parked conceptually in people’s brains as a slightly exotic supercar whose failings if not too serious might even be mistaken for charm. At Cayman money, there is no hiding at all. And just being good looking (which I understand it absolutely is), and sweet handling isn’t going to be remotely good enough.

This is a car for which there can be no excuses at all: little Lotus is going to have to take on the mighty Porsche and do so on merit alone. If the car is inexactly constructed or in any way clunky to operate on a daily basis it will meet with the same fate as the Evora and become regarded as a quirky, largely recreational British sports car with an appeal to purists prepared to ignore its faults and very few others. And that’s not the future Lotus wants any more.

And the good news is it’s not the one it has to have either. Its parent Geely is more than sufficiently resourced to make the Emira the kind of car the Evora should always have been. It has already worked wonders at Volvo. The Emira makes its dynamic debut at the Goodwood Festival of Speed on July 8th. It will be fascinating to see.