I hope that the response of the general public to the reveal of the new BMW M3 and M4 is somewhat more charitable than that I’ve seen among the diehard car fans who read the specialist motoring press. Because despite the fact that there are plenty of interesting developments on the engineering side of this car, all anyone appears to want to talk about is its appearance.

Then again, when a car manufacturer launches a car with such a startling face, it’s hard to look past it to any beauty that may lie beyond or, indeed, beneath. I tend not to dwell on looks not just because they’re entirely subjective but also because I am no better judge of such matters than anyone else. But while there are few brave souls who have popped their heads over the parapet to say how much they admire BMW’s brave and individualistic design, I reside with the overwhelming majority (of respondents I’ve seen) who are struggling to imagine the design studio full of BMW board members all going ‘yup, works for me.’ Yet clearly, it did.

But let’s leave it at that and focus on what it might be like to drive and live with. And there are some big changes. First is that while there will be a standard M3 and M4 in Europe and beyond, these cars are not coming to the UK. We only get the more expensive (think £65 to £70k) ‘Competition’ versions. These of course have nothing whatever to do with actual competition but just come with more power and a longer feature list than standard cars. All versions are still powered by a 3-litre straight six engine, but it’s a new unit, providing the ‘Comp’ cars with 503bhp, a substantial increase on the 444bhp of the old M4 Comp. There’s a slug more torque too. So far, so good.

Few could have expected these new M cars to look so challenging or weigh quite so much.

Interestingly and for the first time on any M3 or M4, four-wheel drive will now be an optional extra which, when fitted, will likely drop the claimed 0-62mph time of 3.9sec to around 3.5sec or lower. Most significantly however will be the introduction of the first ever M3 Touring. So BMW’s new M-car comes with more power, a choice of two- or four-wheel drive and two-, four- or five-door bodywork. Lots of power, lots of choice, everyone’s happy. Right?

Well maybe not, because something else has been added that some customers might find rather less palatable: weight. Astonishingly and according to BMW’s own data, the new M4 Competition weighs 185kg more than the old car when it was introduced in 2016. Its kerbweight is 1725kg before you option in four-wheel drive which will likely take its mass to 1800kg or beyond. Imagine then what a four-wheel drive M3 Touring with estate bodywork might weigh… 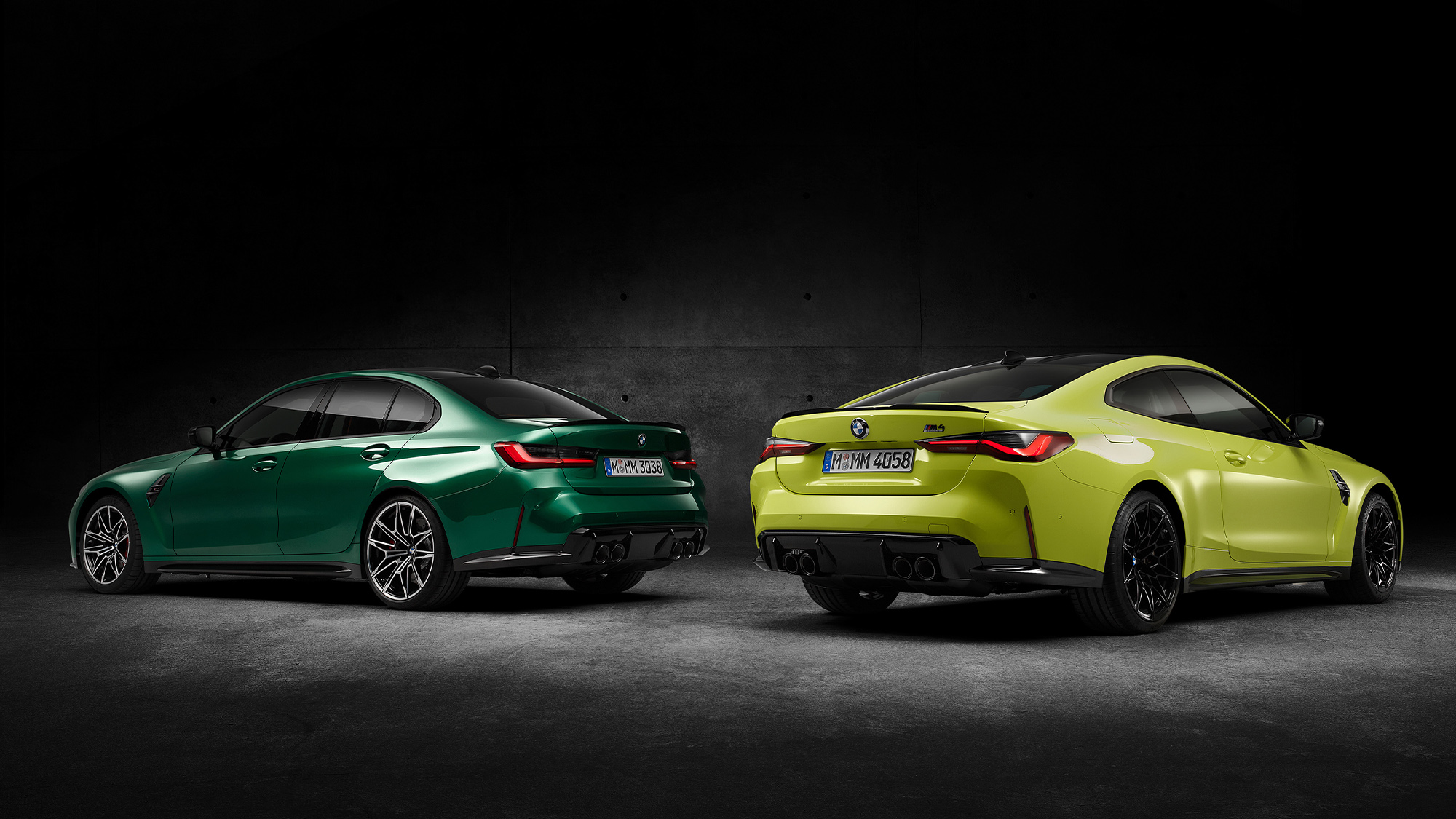 Meanwhile something else has been removed: the manual gearbox. Actually you can still get a three-pedal M3 or M4 but only on the standard version which isn’t coming to Britain. Moreover while its two-pedal predecessor had a double-clutch transmission, the new car is available only with a conventional automatic gearbox. And that has never happened before.

On paper this is as puzzling a car as it is in the pictures. You expect dramatic design from BMW and it is the way of most flesh to put on weight over time, but few could have expected these new M cars to look so challenging or weigh quite so much.

Of course we must not prejudge the car, because no one outside the company has driven it and the moment we start judging cars by how they appear to be in print rather than how they actually are in the real world is the moment I find myself out of a job.

Besides, everything I see about this car, not just its increased power and weight but an expected hike in price plus the fact it is longer, higher and wider than its forebear suggests to me that there is something else going on here, namely a subtle repositioning of the M3/M4 brand. My guess is that it is being nudged upmarket to create greater differentiation between it and the 2-series based M2, the Competition version of which is currently my favourite BMW by a distance and against which the M4 has been unfavourably compared rather too often, I imagine, for BMW’s comfort.

The key fact is that there’s an all-new 2-series due next year which means there’ll be a similarly new M2 not far behind. And you can bet every pedal in your footwell it will still be manual – even in the UK – and both weigh and cost substantially less. So perhaps the M3 and M4 is now being aimed at more mature types who like four-wheel drive an estate bodywork, or armchair generals more interested in telling others how fast their car goes than how it goes fast. Or it could just confound its doubters and turn out to bloody brilliant. We’ll find out in the spring.