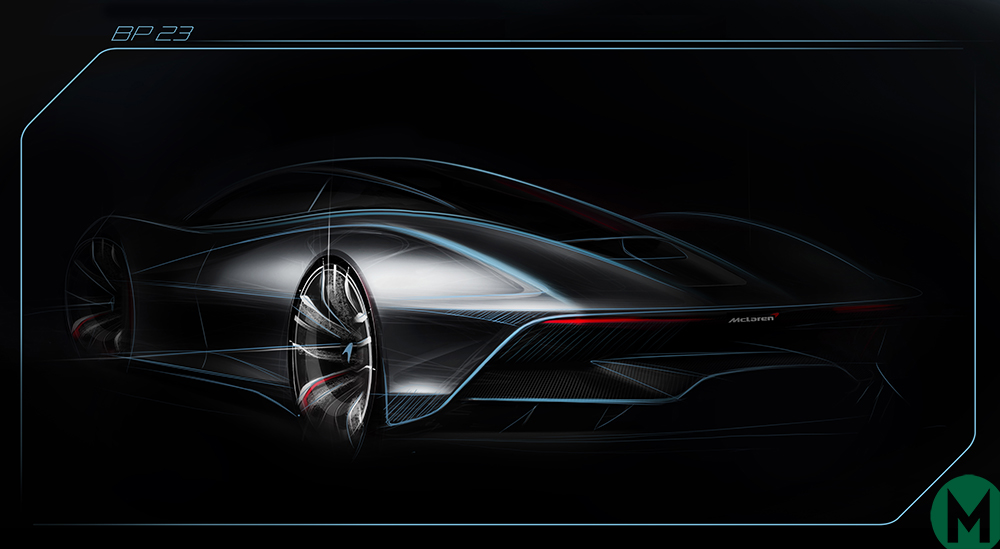 Thirty years ago this September, four men found themselves at Milan’s Linate airport, waiting for a flight. And while, if I may fractionally adapt the unimprovable prose of PG Wodehouse, they were not actually disgruntled, they were far from being gruntled. Not only was the flight delayed but perhaps more importantly, the McLaren MP4/4s they had just watched taking part in the Italian Grand Prix had failed to win for the first and, as it would turn out, the last time that season. Less than a month after the death of Enzo Ferrari, the Scuderia had somehow managed to contrive a 1-2 victory on home soil having not looked like getting a sniff at the McLarens all season. But we shall leave such spookiness for another time.

The men were McLaren’s Ron Dennis, Gordon Murray, Creighton Brown and Mansour Ojjeh. Bored and presumably keen to discuss anything other than Formula 1, the talk turned towards the idea of creating a McLaren street machine, a device unlike any to have set foot on the public road to date. In that Milanese departure lounge, the McLaren F1 was conceived.

The curious thing about the car they duly started delivering to customers for £627,000 six years later was that not only was it unique at the time, but that it has remained so ever since, despite becoming perhaps the most revered and valuable supercar of them all. But the truth is that while conception might have taken place amid thundering herds of bull markets around the planet, the car was delivered into a rather more bearish world. And at the time at least, it was not a success. As many as 350 cars had been planned, but in the end just 106 were built, and then only as a result of it being turned into a racing car and sold to customer teams, which was never part of the original plan. Had it been so, Murray is the first to say he’d have designed it a completely different way.

Why all this now? Because while no one else has had the balls to re-invent the F1, it seems that these days, McLaren is not so squeamish. Later this year – one would hope on the occasion of the Italian Grand Prix but let’s see – it will show us a car known only by its internal working title of BP23.

It is a car clouded in mystery, which is exactly how McLaren wants it to be. But we know it will follow in the footsteps of the F1 in at least four distinct ways that no other McLaren made to date can claim. First, and most importantly, it will have the same arrow head three seat cockpit configuration as the F1. Second, it will be able to carry a great deal of luggage, just like the F1 and third it will be even faster than the F1, with a top speed of more than a pleasingly random 243mph. The F1 did 240.1mph.

Did I say four things? OK, the fourth is that just 106 will be built, one for every F1 McLaren made.

Related: Won for the road

Nevertheless, McLaren boss Mike Flewitt insisted to me it was wrong to think of it as a direct replacement for the F1. So I made the mistake of asking if it was McLaren’s answer to the Bugatti Chiron and was rewarded with the most old-fashioned faces I’ve seen him wear in many years of knowing him. So that’ll be a no, then.

We know that, unlike the normally aspirated V12 F1, the BP23 will use a version of its extant twin-turbo V8 and that it will carry some form of hybrid system, but that it will deploy in a very different way to that used in the 903bhp P1 supercar of 2012. But that’s about it.

For what it’s worth I think the car will exist conceptually somewhere between an F1 and a Chiron: much heavier than the former yet way lighter than the latter. It will certainly be the most luxurious McLaren ever created and McLaren will absolutely not be making claims, oblique or otherwise, about Nürburgring lap times. It is 100 per cent a road car, although they also said that about the F1 until it went and won Le Mans…

And, as ever these days, don’t even think about owning one even if you do have what will likely be a spare couple of million once local taxes have been applied. All were long ago offered to McLaren’s most loyal customers and snapped up by them almost at once. I just hope I get to drive it, even once: I’ll be interested to see how fast it is, but more eager still to return to a driving position that places you an equal distance from each apex regardless of which way the road turns. It’s probably what I remember most from the F1, for it made driving more natural than I could have imagined. If someone can crack the inelegant means of entry and exit (Flewitt says the BP23 is far easier than the F1 though still not as easy as a conventional car), I think it is a configuration that could work in all manner of cars and at all kinds of price points.