McLaren’s 720S has raised the bar, but how high can the bar go? 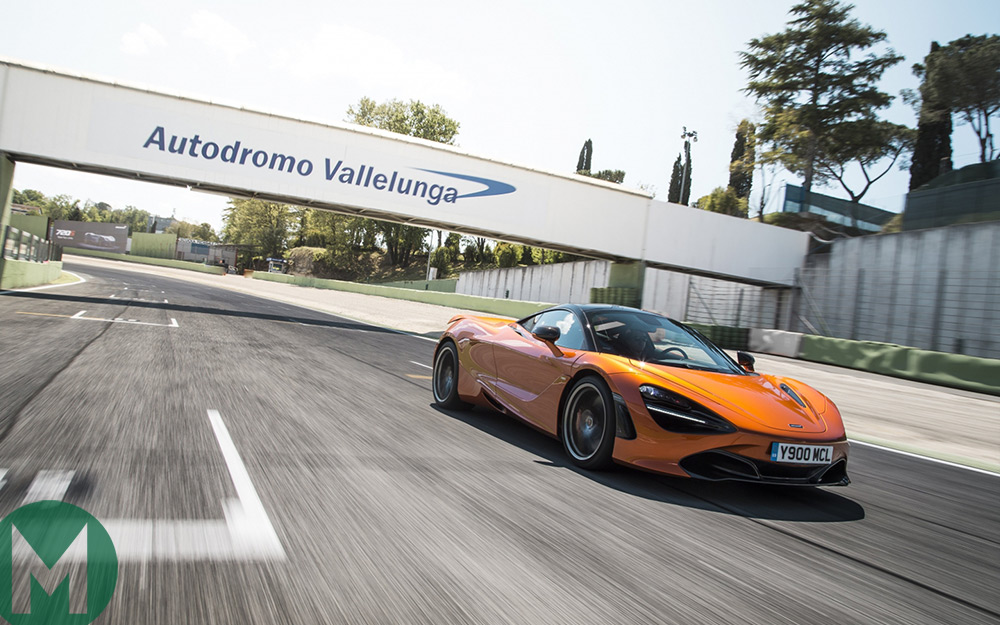 I have a pair of sunglasses that have, over time, proven themselves to be quite an effective measure of a car’s acceleration. And if that’s one of the weirder sentences you’ve read of late, it seems no less so to me for having written it.

But it’s true. There have been cars that have gathered speed so rapidly I can feel the sunglasses that had hitherto been parked in the raised position on my forehead begin to pivot about my ears and start to migrate towards what’s left of my hairline. Usually they don’t get far: as speed accrues and the acceleration rate abates, so their progress is naturally halted. But just a few cars have been capable of delivering such a kick in the back that urgent remedial action (in the form of either lifting off or reaching up to catch said shades) has been required. But since in the couple of years I’ve owned said glasses, only the new McLaren 720S has made them fly clean off my head before I had a chance to react.

By being both lighter than the 650S it replaces, already the lightest car in its category, and 70bhp more powerful, it has taken the performance level of what was the best performing car in the class and put it on a shelf out of reach of the likes of the Ferrari 488GTB and Lamborghini Huracán even if they stand on tiptoes. With a dry weight below 1300kg with lightweight options and a power output the silly side of 700bhp, its power to weight ratio is directly comparable to that of a Porsche 918 Spyder. This means that inside four years, performance believed to exist within the province only of a new generation of limited edition hypercars with near million pound price tags, is now what you get if you buy McLaren’s core product for between a third and a quarter the price.

And much though I liked and admired the 720S for all sorts of other reasons, including its fabulous handling, airy interior and high speed ride and refinement, it did make me wonder where on earth it was all going to end.

This category of car was created almost half a century ago, when Ferrari launched a beautiful little jewel of car, notable for its 2-litre V6 engine and the absence of prancing horses. It was called the Dino and, if you believe Ferrari’s claimed engine outputs of the late 1960s (and plenty don’t), it had 180bhp. Today’s McLaren has exactly four times that power. Does this mean that in 50 more years the McLarens and Ferraris of the late 21st century will be toting something close to 3000bhp? It sounds utterly crazy, but perhaps no more so than would 710bhp have sounded in 1968 when even Ferrari’s own V12 flagship, the mighty Daytona, had less than half that power. Besides, 3000bhp is merely double what a Bugatti Chiron will put under your right foot today…

Of course manufacturers should get together, acknowledge that a power to weight ratio of, say, 500bhp per tonne, really is enough for anyone to deploy on the public road and go and find other ways of making their motors more fun. But that’s not going to happen. Instead we now find ourselves in a place where ‘standard’ supercars are so fast that almost all the time, only a fraction of their true performance is available on public roads. Even on race tracks, incredibly sophisticated electronics are now required to save owners from themselves and the preposterously powerful cars that are now readily available to the merely very wealthy rather than the unimaginably rich.

And the truth is that by limiting available power, these systems actually make the car go faster, at least if there is a mere mortal driving it. So if we carry on at this rate, cars will have more and more power, which their owners will be able to use less and less of the time. Sooner or later, someone’s going to spot that that’s not very sensible.

Or will they? I drove the 720S around Vallelunga and, ashamed as I am to admit it, was so intoxicated by the experience that if someone had offered me 800, 900 or 1000bhp, I’d have taken it without a second thought.

That said, I think there is now space for another kind of supercar, one no longer obsessed with the quest for power. One stripped back to its barest bones. Imagine if Ferrari or McLaren produced an all carbon car made no more civilised than that required to transport the owner, a guest and a single overnight bag, weighing no more than one tonne dry, powered by a normally aspirated 3.5-litre V12 engine directing around 500bhp through a six-speed manual gearbox. I think customers would queue around the block for it and be happy to accept the drop in power required to get it, because the car would be no less accelerative and in all other ways, far quicker and, most importantly, much more fun. In these days of turbochargers, hybrid drives and paddle shifts, such a car would have a simplicity, a purity and an authenticity that we’ve not seen since the Ferrari F40 – and even that had turbochargers.

It would still make my sunglasses fly off my head but would thereafter go on to offer a level of driver involvement and entertainment unknown even to the largely incredible supercars on sale today.