One of the hottest of hatches is back… 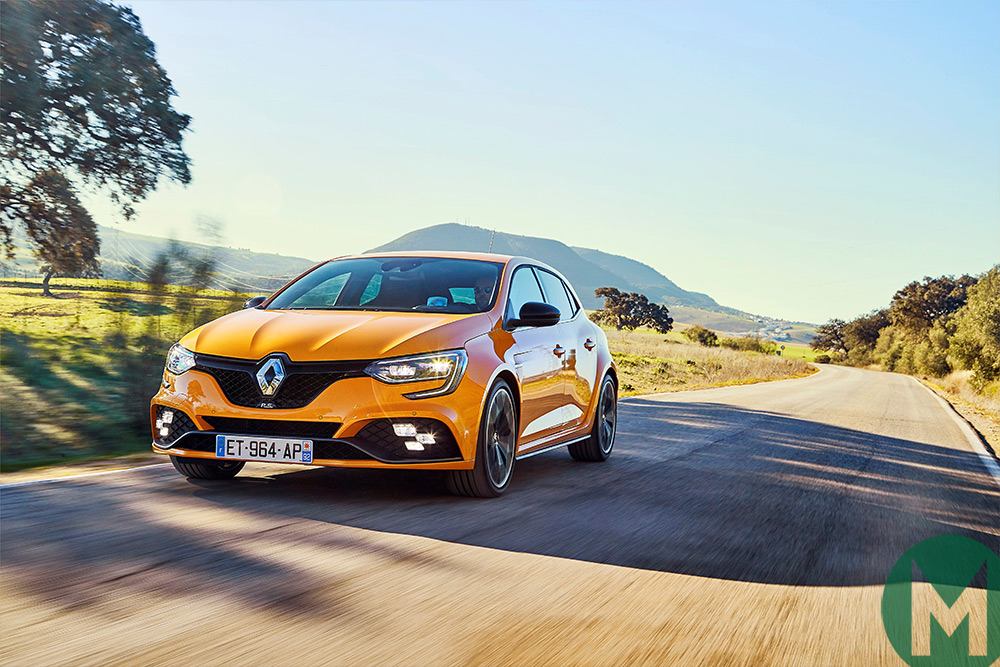 This is the new Renaultsport Megane R.S. Another weaponised hot hatch with somewhere close to 300bhp, a limited slip differential, clever front struts to tame torque steer and the promise of scarcely-believable performance married to genuine practicality. It joins the forever-benchmark Golf GTi, the Nürburgring-slaying Honda Civic Type R and the shockingly good (by all accounts) Hyundai i30 N in this highly competitive sector. But it is also so much more than that.

You see, this car’s predecessor wasn’t just A N Other hot hatch. It was extreme and uncompromising. It was at times almost wilfully hardcore. But there were other times, too. Moments where it was nothing less than sublime. You put up with the jiggly ride and the fact that the rear seats were as accessible as a cave in a Himalayan rock face, because the Megane’s feedback, control and pure joyous excitement separated it not only from its ‘rivals’ but also all but the very best drivers’ cars. It’s become a cliché to say it but the basic premise remains sound: if Porsche’s GT division (responsible for the GT3, GT2 RS etc) built a front-wheel drive hatchback it would feel and perform like the last Megane R.S.

They couldn’t sell them. Not for love nor money. Well, not compared to cars like the VW Golf GTi and they’d kill for the guaranteed success of any Ford with an RS badge glued to its bootlid. So how do you replace a car that the media and real enthusiasts adored but that never really lit up the sales charts? Step one is simple: ditch the ‘coupe’ styling and give it five doors to greatly increase the pool of potential buyers. Step two? That’s trickier, but rather helped by Renaultsport’s split strategy. As before, the Megane is offered with a softer, less aggressive ‘Sport’ chassis or an unashamedly focused ‘Cup’ set-up including a mechanical limit-slip differential. This time around Renault has also widened the gap between these two configurations, aiming to steal sales from the Golf on the one hand, and keep the hardcore happy by squaring up to the Focus RS and Civic Type R on the other.

As before the headline figures don’t exactly leap from the spec sheet. In a world of the 345bhp Focus RS and 316bhp Civic Type R, the Renault’s 276bhp and 288lb ft are simply below par. It’s no featherweight at 1407kg, either – that’s slightly heavier than the bewinged Honda. Even so, the 1.8-litre turbocharged engine that’s shared with the new Alpine A110 features a twin-scroll turbocharger, so should provide excellent response and it’s still a very rapid hatchback. You can have an ‘EDC’ dual clutch transmission or a manual ‘box and both should get you from 0-62mph in 5.8-seconds and to more than 155mph (the manual will hit 158mph). Suspension is familiar from the last Megane – trick ‘PerfoHub’ dual-axis front struts to reduce torque steer and a torsion beam at the rear. The Cup’s Torsen diff (previously GKN) features more aggressive lock-up under power and less locking action on the overrun for improved agility.

‘Agility’ is the word the Renaultsport engineers keep mentioning and that’s because the Megane does have one trick that no rival can muster: four-wheel steering. At low speeds the rear-wheels steer up to 2.7-degrees in the opposite direction to the fronts for added agility, then at higher speeds they track the front wheels. In ‘Race’ mode the changeover threshold moves up from 37mph to 62mph, so you can enjoy the benefits of ‘4CONTROL’ on every sort of road. Don’t worry about the ‘Race’ tag, the Megane has fixed rate suspension so the extra response isn’t married to a ridiculous track-only suspension setting. It’s also the only production car featuring hydraulic bump-stops at each corner.

Sadly – in fact, make that inexplicably – we could only drive the Cup-equipped car on the smooth, wide Jerez racetrack. The road route was fabulous and seemed tailor made to an aggressive hot hatch, but instead we had to make do with the Sport chassis and the dual-clutch ‘box. So… what to say? Well, the Megane is a great looking car in the metal: wide and sinister but in a classy, subtle way. The interior is very good too, although it is hobbled with a touchscreen system that controls everything and, of course, feels slightly clunky compared to the phone you use every few minutes of every day.

Dynamically speaking, what strikes you first is the supple ride and the eagerness to change direction. It seems even the tightest corners need just a flick of the wrists to negotiate and darting through a series of rapid direct changes the Megane is neutral, controlled and feels very sweet indeed. There are Comfort, Neutral, Sport, Race and a configurable Perso mode, you’ll want Race or something approximating it in Perso mode to speed up the gearshifts, free-up some exhaust noise and to create an edge to the experience.

In fact, pretty soon you’re carrying more speed, hanging on to every rev and getting hard into the excellent brakes to find some edge, some excitement. The Megane is impressive but doesn’t seem to freely bring you into the experience. The engine is strong in the low and mid-range but doesn’t sparkle at the top end and despite the four-wheel steering lending a sense of lightweight fun to the experience, the lack of an lsd shows once you’re into the corner and using the torque. It never dissolves to messy wheelspin but the traction feels fragile and so you’re always restraining the car rather than unleashing it.

On track the Cup is a different animal. Wheelspin is so well contained, the manual ‘box instantly draws you into the driving experience and the body control is totally assured. There’s also – in these damp conditions at least – a fantastic capacity to steer on the throttle or with the help of the brakes: Turn in on the brakes or lift mid-corner and the R.S 280 slides gracefully and with an eerie sense of calm. The last car’s magic might just be in here somewhere. Sadly, six laps of a glass-smooth racetrack can’t reveal whether it’s in trace form or pumping around every fibre of the car. My feeling is that the Megane R.S. with the Cup chassis will be excellent on British roads. Good enough to blitz the competition? Of that I’m not so sure. Maybe the 300bhp Trophy model – coming later this year – is the real successor for which we’ve been waiting. 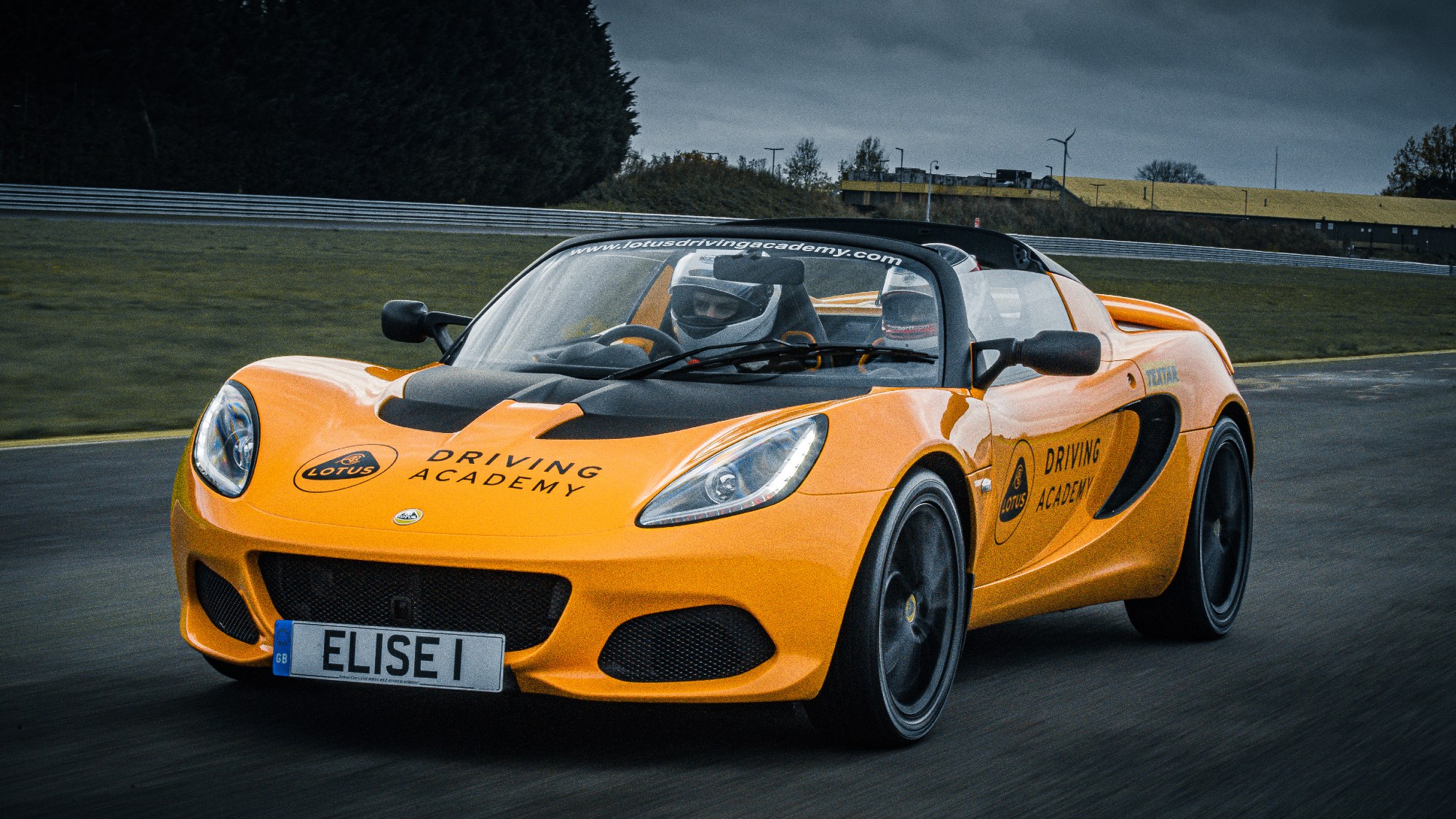 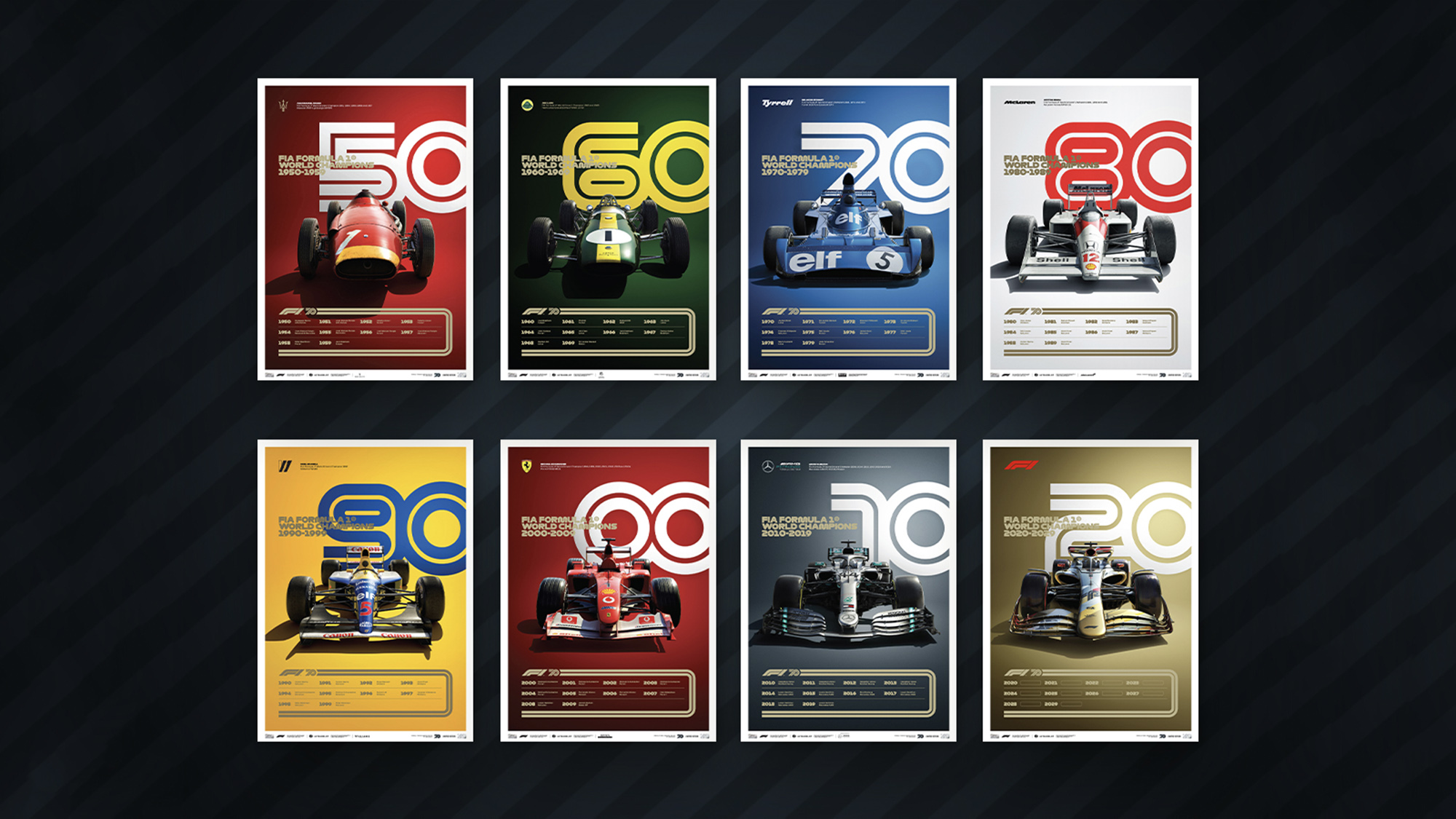 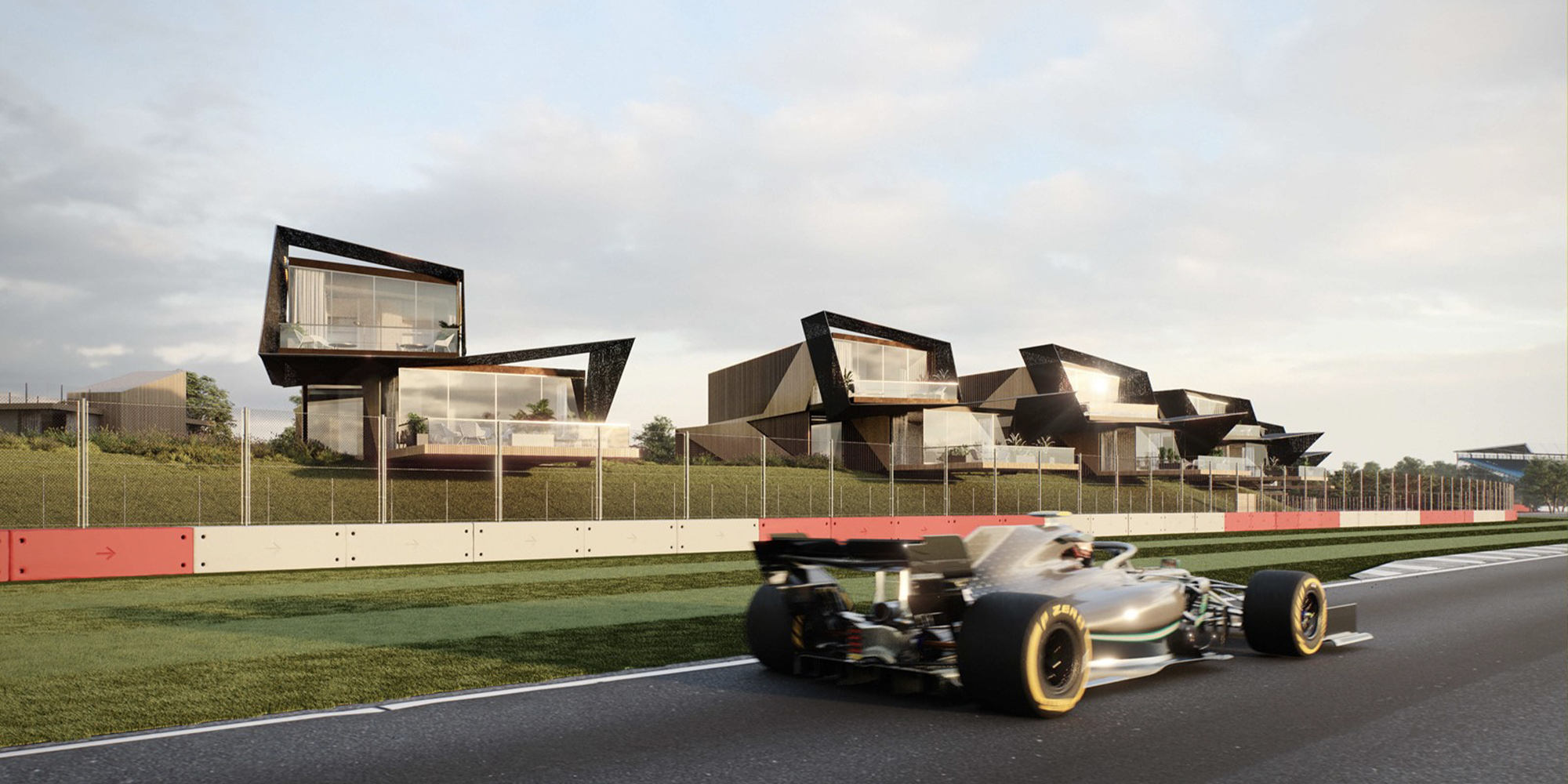 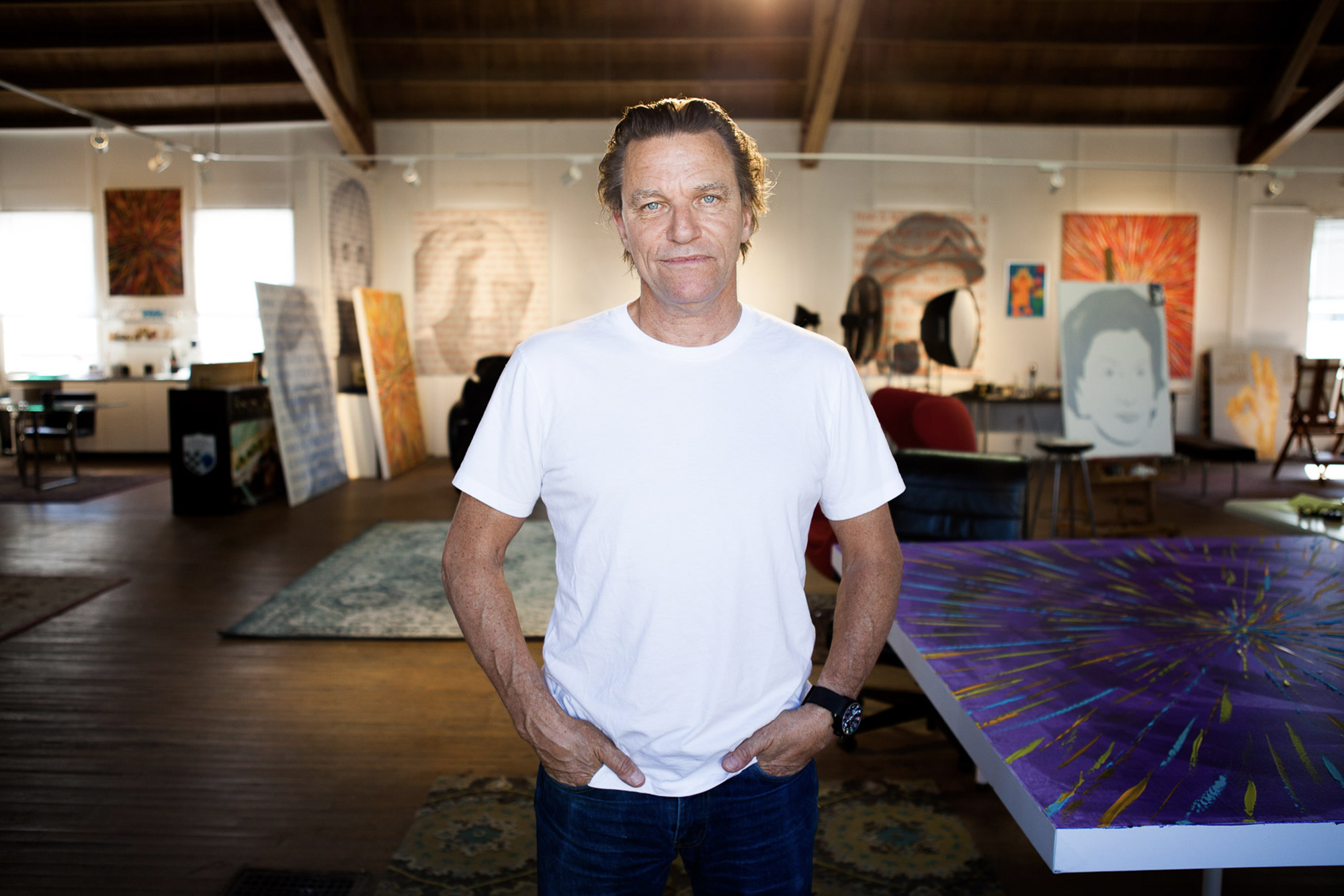