What Andrew Frankel learned as a passenger in the Porsche Taycan 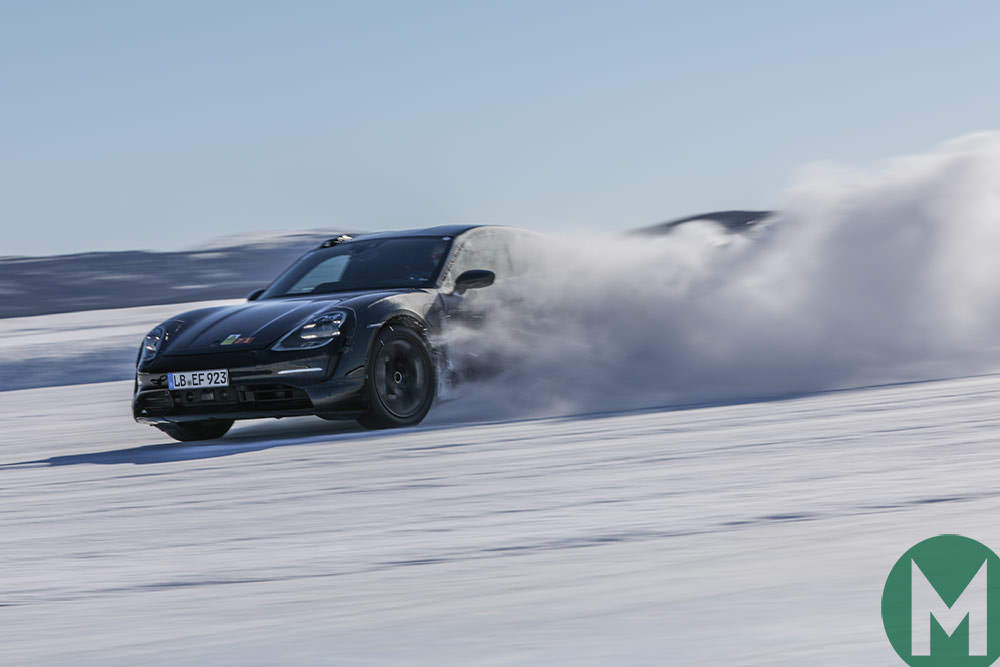 I suspect most of us have browsed through the car magazines and spotted a headline on the cover reading ‘flat out in the such and such’.

Intrigued because this is the first time you’ve seen a story about that particular car in action, you hand over the lolly, board the train and sit down at once to read the story.

Five minutes later and by a process of elimination you figure out something that, had you known in advance, would mean you’d never have bought the magazine. The person doing the writing hasn’t actually driven the car. They’ve merely been a passenger.

That’s why, for the sake of your time, I’m saying here and now that this isn’t a story about going flat out in the Porsche Taycan – I’ve merely travelled in it.

Its claimed 0-62mph time of 3.5sec may be conservative, even by Porsche’s modest standards of measurement.

Frankly, had it been almost any other car I wouldn’t have taken part as these ‘ride along’ stories just show how skilled any given journalist is at creating the impression of having driven the subject car without actually doing so. But the Taycan is different.

Porsche says it is the most important car it has brought to market in recent years, and possibly since the 911 in 1963, or 901 as it then was. Its contention is that electric cars can be sporting cars too, and none in any category in which it competes will be more sporting than its one.

The car won’t be formally unveiled until the autumn and sales won’t start until the end of the year, but after a day talking to its engineers and being skidded around Lapland in one, and in addition to what has already been announced, there is much we now know about the car.

It’s a four-door car with coupé-like styling, positioned in both size and pricing below the Panamera. There will be at least two body styles, though the jacked up ‘Cross Turismo’ version won’t go on sale until the end of next year. In the meantime the car will have a top down launch with the flagship model being unveiled first and likely to be somewhat ironically called the ‘Turbo’. 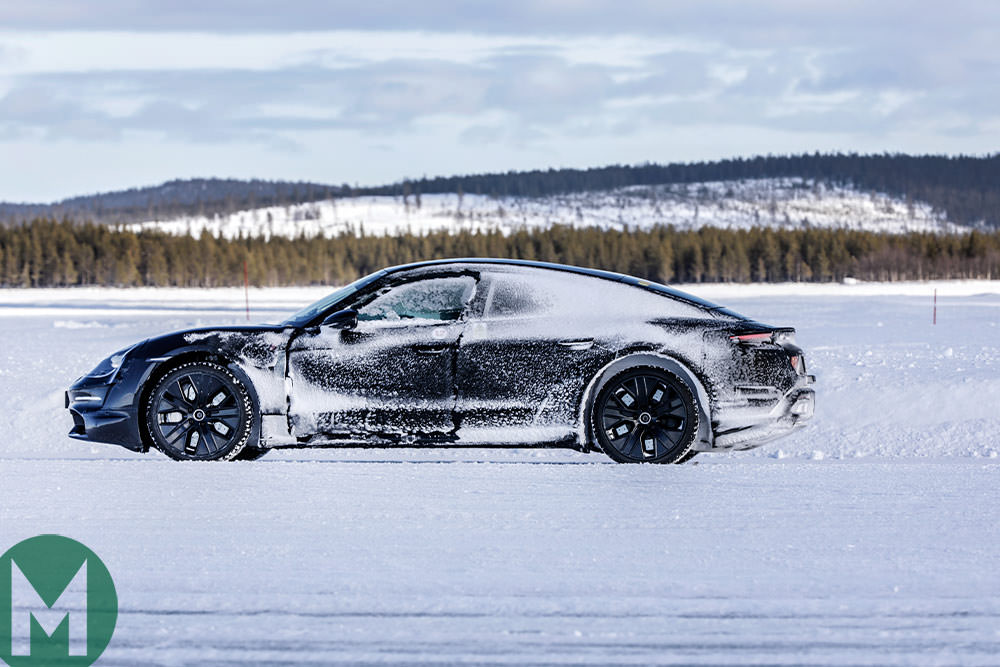 It will offer well over 600bhp combined output from its front and rear electric motors, with four-wheel drive, four-wheel steering and air suspension as standard. At least two other Taycans will follow with power outputs in the 500-600bhp and 400-500bhp range. A single motor rear-drive Taycan likely to have only a little over 300bhp has been engineered too, but will only be introduced if the marketplace demands it.

Perhaps its cleverest technology is its 800-volt charging system, which is double that of other electric cars and will allow it to add 62 miles of range for every four minutes it spends on charge. Yes really: turn up at a charging station with a near empty battery and it will be back at 80 per cent in less than 20 minutes, which should equate to at least another 200 miles of range. The only snag is it requires 350kW charging stations of which there are precisely none in the UK, though two are being built. In a couple of years’ time, there may even be a viable infrastructure to support it.

Out on the ice it was mesmerising but, as ever with exercises like this, it was impossible to know exactly how much of the dazzling demonstration was down to the car and how much the talents of a driver skilled enough to earn a living as one of Porsche’s top pedallers. But I can tell you the car seemed far smaller than I expected, its interior ambience is closer to that of a 911 than a Panamera; if your particular thing is going endlessly sideways on ice, I doubt a better car has been built since the Mk2 Ford Escort. My driver said that of all Porsches, none was so easy to drift as the Taycan.

On the road even the early prototypes are whisper quiet, ride beautifully and can maintain outrageous point to point pace on compacted snow with nothing more than standard winter tyres to grip the surface. On the one bit of dry tarmac we found, it suggested strongly that its claimed 0-62mph time of 3.5sec may be conservative, even by Porsche’s modest standards of measurement.

These jobs always pose more questions than they answer but I think I can say with confidence that if a Cayenne deserves to be accepted as a Porsche, then the Taycan will also.

It has the pace and the poise and comes with cutting edge technology too. It won’t sound great, but few mainstream models do any more. But having felt much the same ambivalence to the first all-electric Porsche as I did 17 years ago at its first SUV, having spent a day in the passenger seat, I am now itching for another in the one with pedals and a steering wheel.