This flatnose RUF 930 is a piece of rare, subtle engineering, and Lyndon McNeil photographed it for our new ‘Car Culture’ series

Only three RUF 930 ‘Flachbau’ exist. And this is one of them. 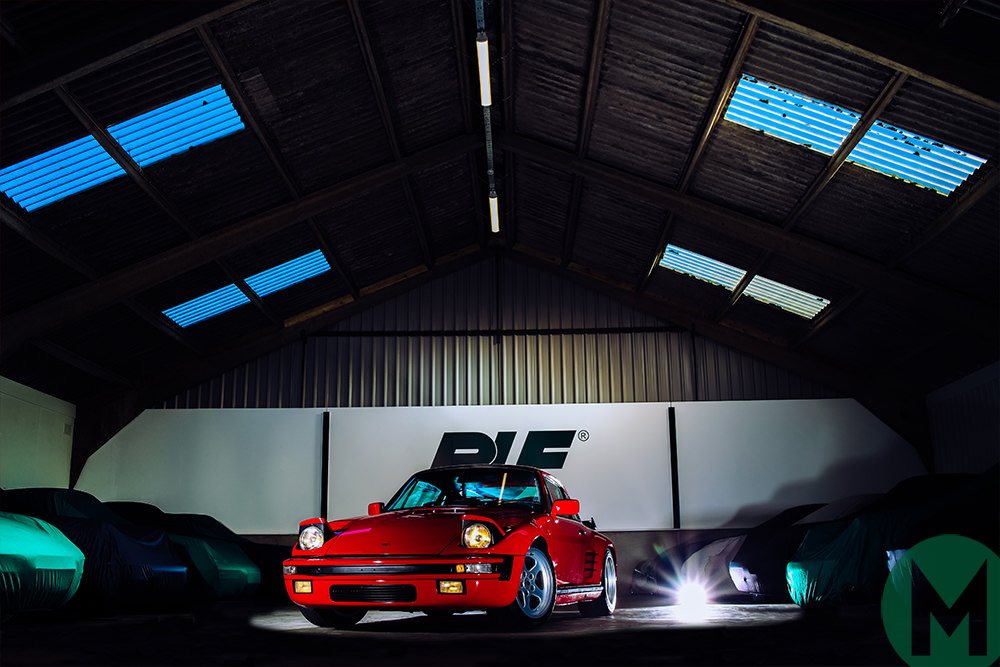 Porsche originally built flatnose 911s in 1981 after tuners such as RUF and Kremer began building them in the ’70s. This one is a 1986 Porsche 930 that started life as a Porsche, and was then sent to German manufacturer RUF in Pfaffenhausen, Bavaria.

Inside lurks a highly tuned engine, increasing displacement from 3.3-litres to 3.4, with MAHLE pistons and connecting rods and camshafts similar to those found on a 935. The intake manifold and exhaust were replaced and the turbo exchanged for a larger KKK K27. Furthermore, a free-flowing intercooler and new, larger oil cooler, were fitted behind the front bumper. 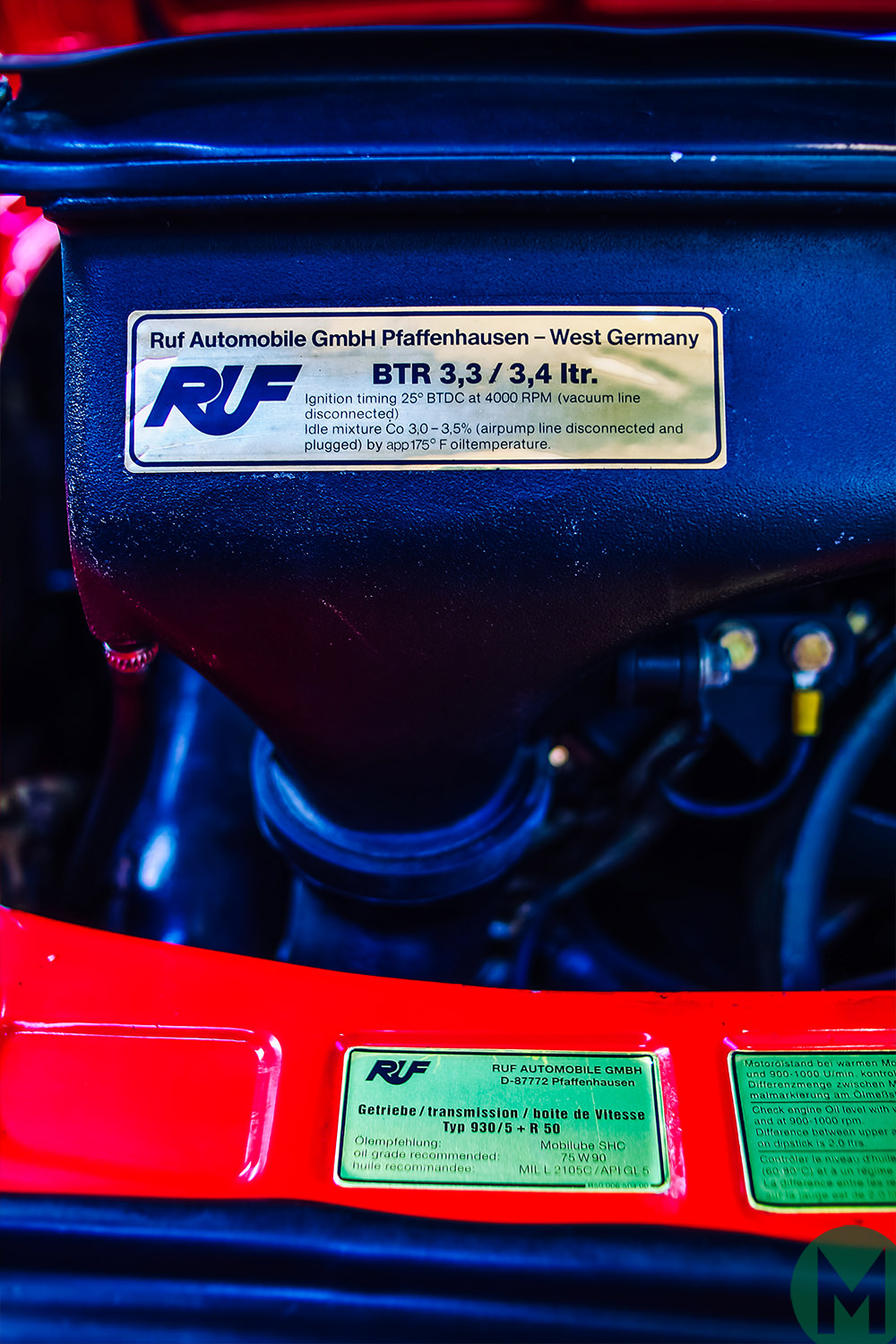 The customer went for a ‘BTR’. B for ‘Group B’, T for ‘Turbo’ and R for… ‘RUF’. The four-speed transmission was also fitted with an extra gear, with new, lighter shift linkage and stiffer suspension. The custom wheels are designed by RUF and built in Italy. 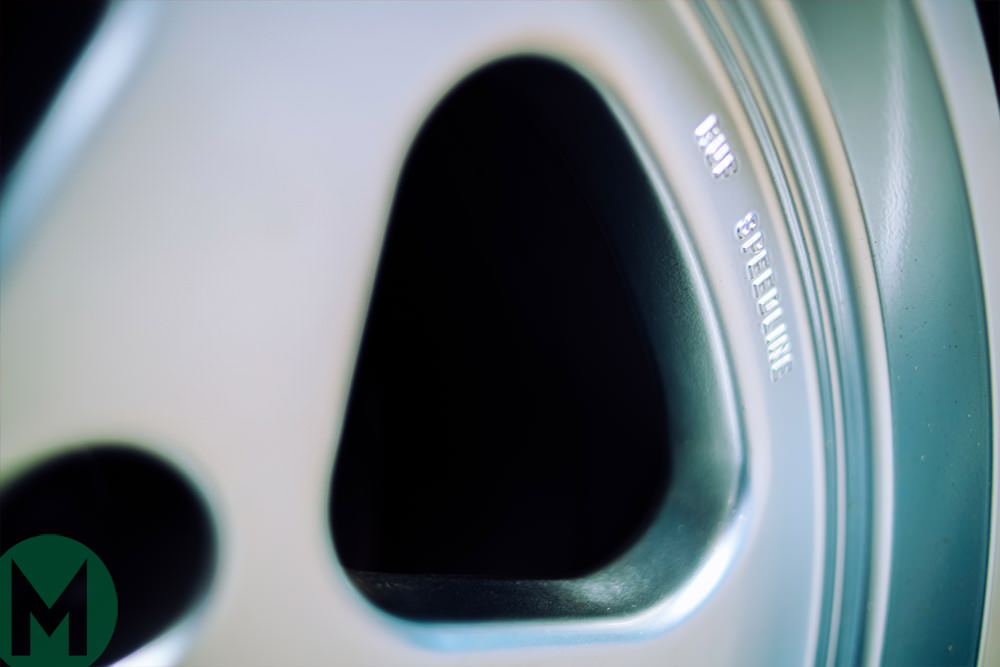 The customer would travel to Pfaffenhausen, where RUF’s headquarters are, and visit the factory. And then they’d be taken out by a RUF test driver who would unleash the car’s full potential on the roads of Germany.

“Yeah, they’d be taken on an Autobahn, but what’s the point of just driving on a flat straight?” says a RUF spokesperson. “I’ve been out with a test driver and they did 300kph (186mph) on the A roads of Germany.

“But they show you the full potential of the RUF and you can drive the car yourself.

“And if you’re serious about having a car built, then you’ll sit down with [RUF founder] Alois Ruf and go through all the configurations including power output, interior design and colours – everything – every RUF has been built to somebody’s specifications.” 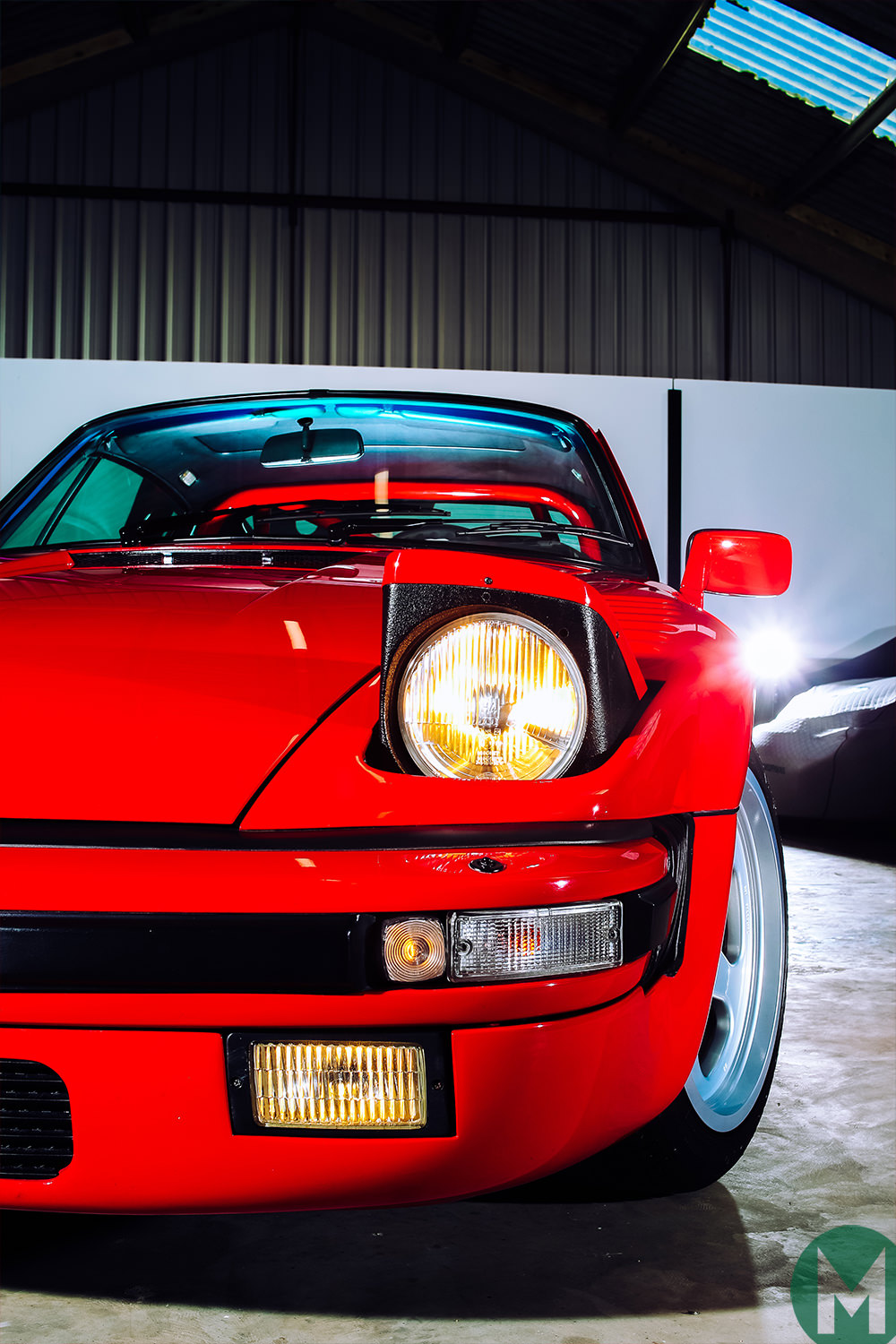 “Alois is going to take the car to a level as crazy as it can get,” he adds.

This isn’t a sleeper. The RUF badges, huge wing and gasping vents explicitly scream performance. As for power, the quoted figures are 374bhp, with 0-60mph completed in 4.4sec and a top speed of 187mph. 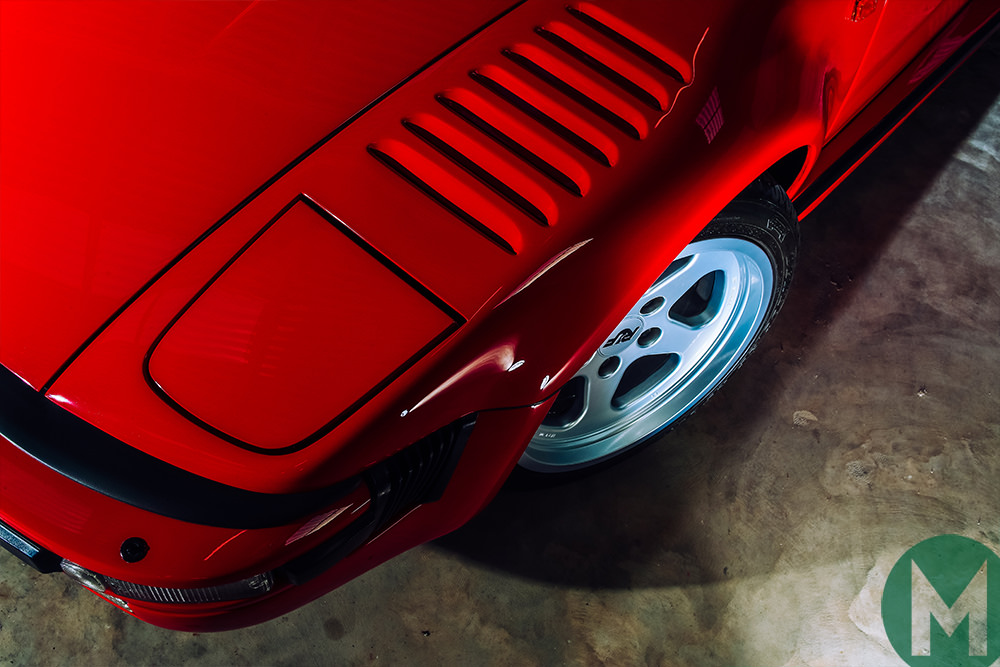 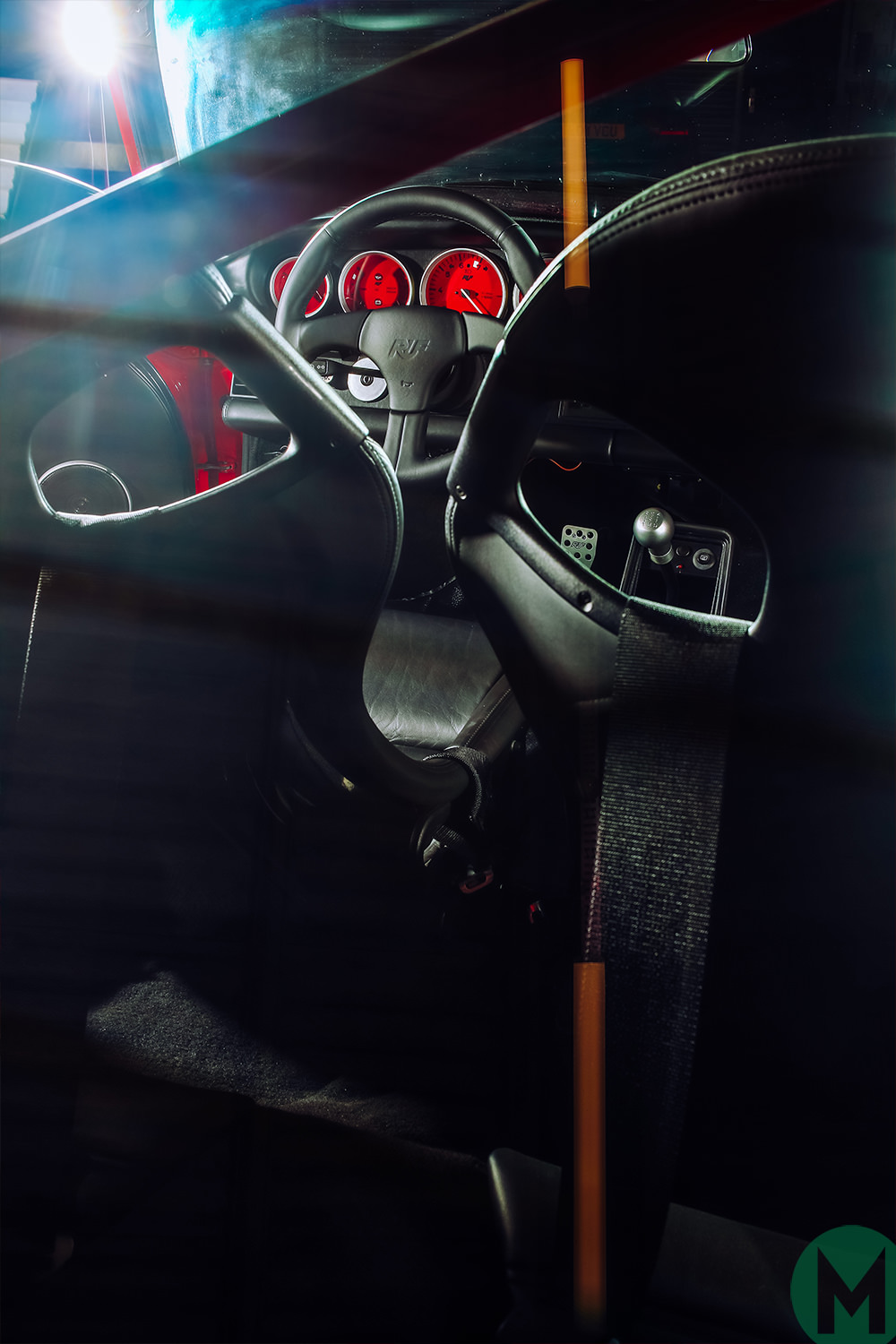 Ruf still drives his ‘Yellowbird’, showing that his emphasis is on drivability rather than extravagance. Everything has been calculated; everything changed for the owner. The steering wheel, seatbelts, gauges, gearshift and even the floor mats have been changed.

But with a bevy of wide-body Porsche tuners out there sporting huge slicks, even bigger wings and hulking wheel arches, this RUF 930 ‘Flachbau’ somehow looks understated from afar. A closer look tells a different story.

Have you got a car, garage or piece of automobilia that our staff photographer Lyndon McNeil should shoot? Leave a comment below.