It seems a shame that Lotus launches a car as important, great looking and impressive at least on paper as the Emira and all people can find to bang on about is its weight. Or at least that’s the primary topic of conversation that has been raging on my Twitter feed since the car was unveiled to the public at 8pm on Tuesday evening.

The general thrust of the conversation is how can a Lotus be so heavy? This is swiftly followed by unflattering comparisons to the flyweight Alpine A110 and, indeed, previous Lotus models famed for their lack of heft. And as Lotus is the company who under Colin Chapman turned the art of lightweighting into a science and who coined more weight-related epithets than anyone else, I think it’s worth a slightly closer look here.

The first thing to establish is what weight, precisely, we’re talking about here. Lotus says the Emira weighs 1405kg, and were this a Ferrari we’d be adding 100kg to that right away to bring it up to the standard ‘DIN’ weight of a car full of fuel, oil and water. But actually Lotus quotes the still heavier ‘EU’ weight which adds 75kg for a driver and a bit of luggage. So its actual DIN weight is 1330kg. Now compare that to the Evora 410 it replaces which, it turns out, weighs 1361kg by the same measure. Not so heavy after all, then.

Now, and to be fair, it is probable (though Lotus does not say) that the Emira’s quoted weight applies to the version with the 2-litre AMG engine, not the 3.5-litre Toyota V6 unit, so like for like it is possible the Emira will weigh as much as the Evora, possibly even slightly more, but either way it’s going to be close. So the notion that the Emira flies in the face of what has gone before withstands no scrutiny at all. 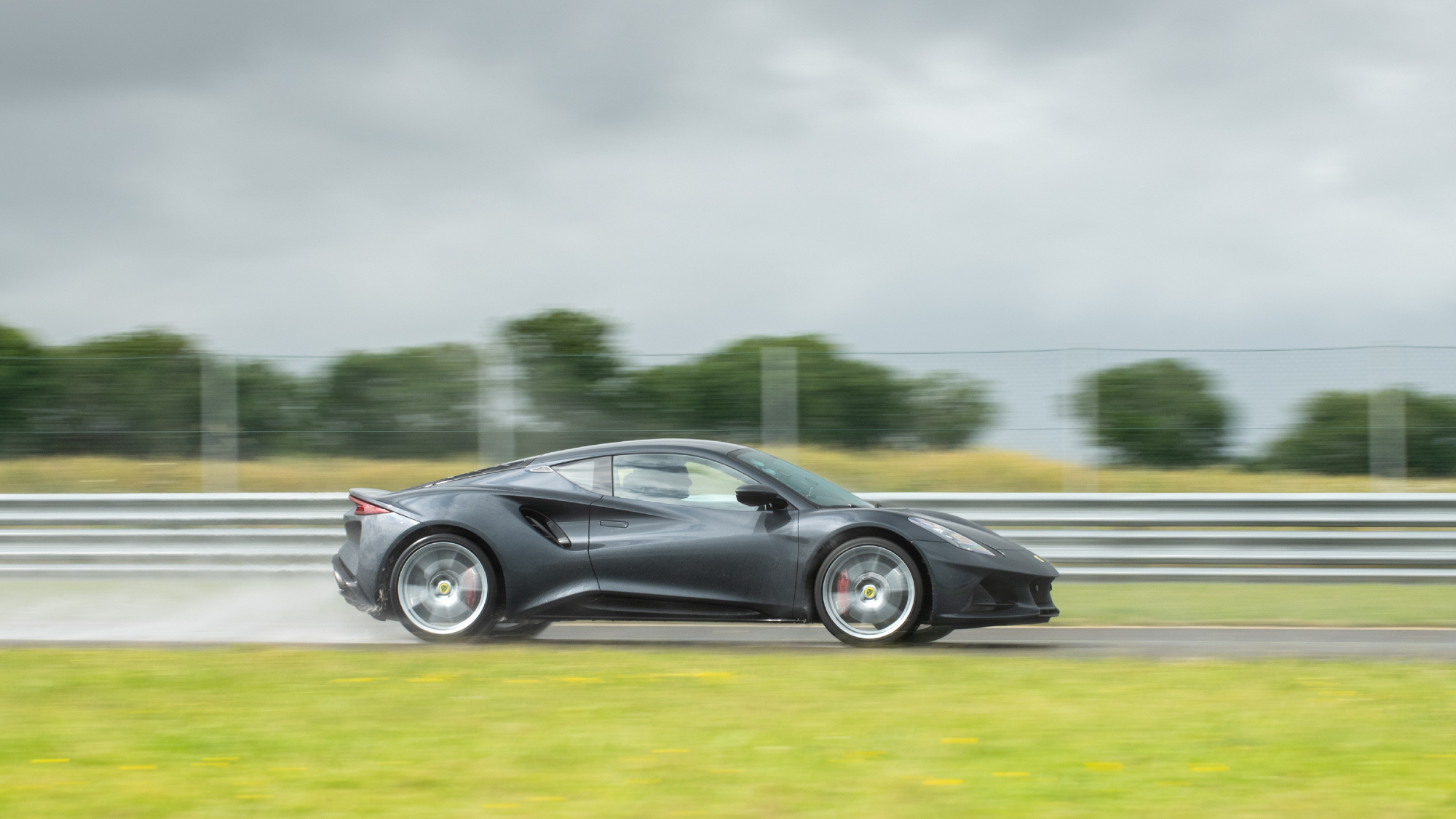 So what about its closest, most serious competitor? On power, price and positioning, that all directs to one car: the Porsche 718 Cayman S. Actually the Porsche is a touch less powerful (10bhp relative to the least powerful Emira) and likely to be around £5000 cheaper (though I’d bet plenty Lotus will be more generous with standard equipment), but compared with like for like weight measures, it’s actually 55kg heavier.

But I guess we should at least address the Alpine issue because at 1123kg in Legende configuration, it’s still over 200kg lighter than the DIN weight of the Emira. What people tend not to mention is that it is also about 110bhp less powerful too, so the Lotus has a wildly superior power to weight ratio – 272bhp per tonne compared to just 224bhp per tonne – so its performance is bound to be in a different league.

But actually, the real point is that none of this matters. Lotus’ first priority is not to build the lightest car it can, but the most successful, and the sad truth is that out there in the big bad world most people neither know nor care what their car weighs. Consider that Alpine shifts around 3000 A110s per year, Porsche between 20-25,000 Caymans and Boxsters. Perhaps if there were a convertible A110 twice as many might be sold, but come what may it’s never going to get into the same street as the Porsche. This despite the fact that in the view of many, myself included, the A110 is a work of uncommon genius which offers a richer driving experience than even Porsche can offer.

What do people really want from this kind of car? I think the priority list probably goes something like this:

• A premium badge that will make the neighbours go green with envy
• Great looks for the same reason
• Exclusivity, for the same reason, and re-sale value
• Usability, for want of a less excruciating word, meaning it must fit their lives in terms of space, comfort, connectivity and ease of use
• Quality. It must feel like a premium car and not go wrong.
• Performance. It should go fast, even if it rarely does
• It should be light and handle like a light car

I have never known it happen before without the company concerned going to the wall, but on Monday Lotus announced it would, during the course of this year, cease production…

So if I’m right, what concerns the Twitterati when it comes to such a car is way down the order of importance for those who are actually going to go and spend their money on one, and you can’t blame Lotus for focusing its attentions on the people who write the cheque.

I remember all too well going to Hethel to drive the Evora and finding a car that was, yes, fast and fine handling but in almost all other regards woefully short of the less interesting but more important talents required to turn it from being a nice idea into something many thousands of people the world over might consider spending quite a lot of money on.

There is so much work that needs to be done to realise the potential of the Emira. On paper and in the flesh it seems to have what it takes, but so did the Evora. I may be wrong but personally I don’t doubt that it will be as fast and at least as much fun to drive as a Cayman S. But it is only once I’ve satisfied myself that it also has Porsche-standard quality, durability and functionality that I’ll hail it as the winner it currently appears to be.