There has been a certain amount of low level crowing in the industry at the departure of Andy Palmer from the saddle of Aston Martin. Some thought he should have gone soon after the public share offering tanked so spectacularly at the end of 2018 and that he’s been working on borrowed time ever since. And I understand that. Others have said that his plan was doomed from the start and that his fundamental strategy for the company has simply been wrong since the moment he took the reins back in 2014. And I understand that too, but I don’t agree with a word of it.

People forget quickly, if ever they knew, just how toxic the atmosphere at Aston Martin had become before Palmer’s arrival. One story I heard which may or may not be true is that two directors loathed each other so much their diaries were skilfully coordinated to ensure that, wherever possible, they were never in the same building at the same time. The product was ageing, getting by on endless tinkering – reheating the soup basically – to produce apparently new versions of very old cars. Debt was mounting and heads were down.

Then Palmer arrived and with him came a big injection of capital. One of the first things he did was take the management off site and let everyone tell everyone else exactly what they thought of each other. And cleared the air. Then he revealed his plan: seven cars – Vantage, DB11, DBS, Vanquish, DBX and two Lagondas – launching over seven years, each on a seven-year production cycle so there’d never be year in which a completely new Aston Martin would not be built. He recognised the crucial importance of the mid-engined market, in which Aston Martin had no representation, so he started establishing its credentials with involvement in F1, and the launch of the Valkyrie and Valhalla limited edition hypercars before the production mid-engined Vanquish came on stream. He also sanctioned the re-creation of some classic old Aston Martins, not just for the profits they could make, but the shop window effect they’d have on Aston’s parts, service and restoration business. And none of that seemed in the least misguided to me. 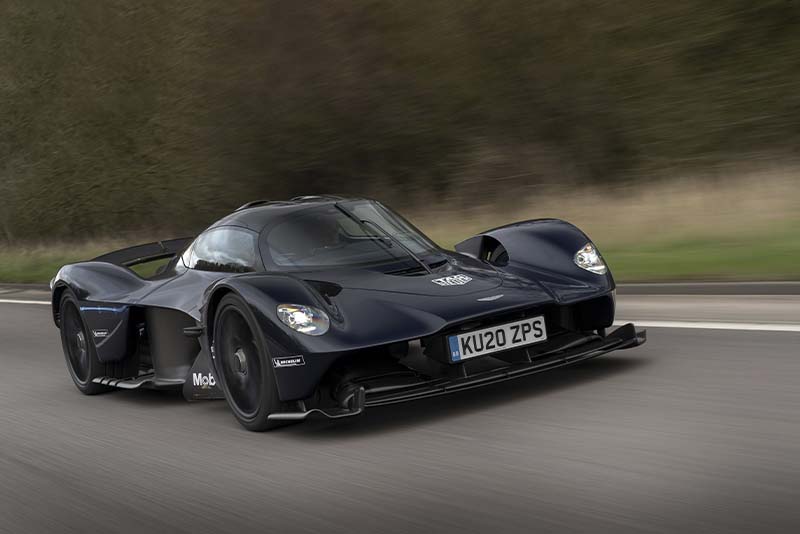 Valkyrie was developed for the mid-engine market 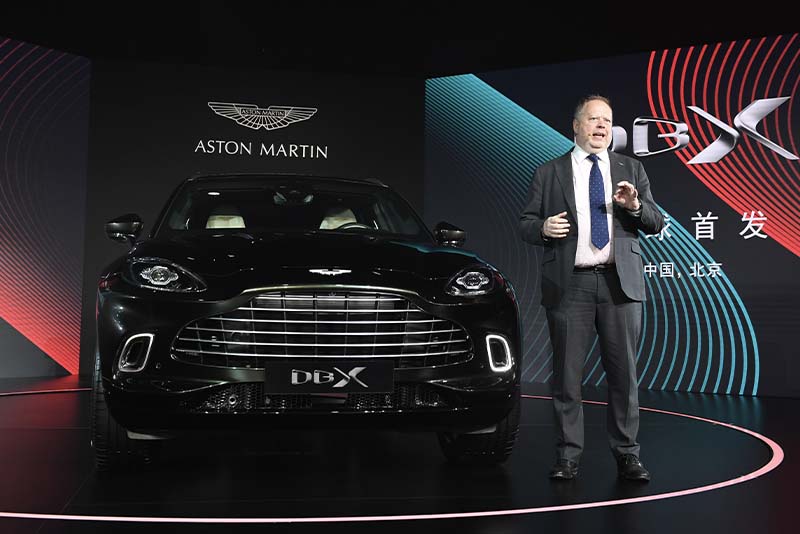 Even so, no one can deny it went wrong and there are many reasons why, some directly under Aston Martin’s (and therefore Palmer’s) control, and others not. First the plan was spectacularly ambitious and appeared not to have the flexibility to cope with a global slowdown in general and a collapse in demand from the critical Chinese market in particular. The IPO was not only hideously expensive, the £19 per share launch price looked optimistic at first and wildly so shortly thereafter. In short, the City lost confidence and the stock plummeted. In the meantime there were enormous outgoings – building a brand new factory to construct the DBX and choosing to create an all new platform for it to sit upon. Palmer could have made use of technical partner (and minority shareholder) Daimler-Benz and employed a Mercedes-Benz platform and had it built under contract (as Mercedes has the G-wagon built for it by Magna-Steyr in Graz, Austria) which would doubtless have been far more affordable. Whether the result would be seen as a true Aston Martin, when making the leap from sports cars to SUVs was already so enormous, is an entirely different question. 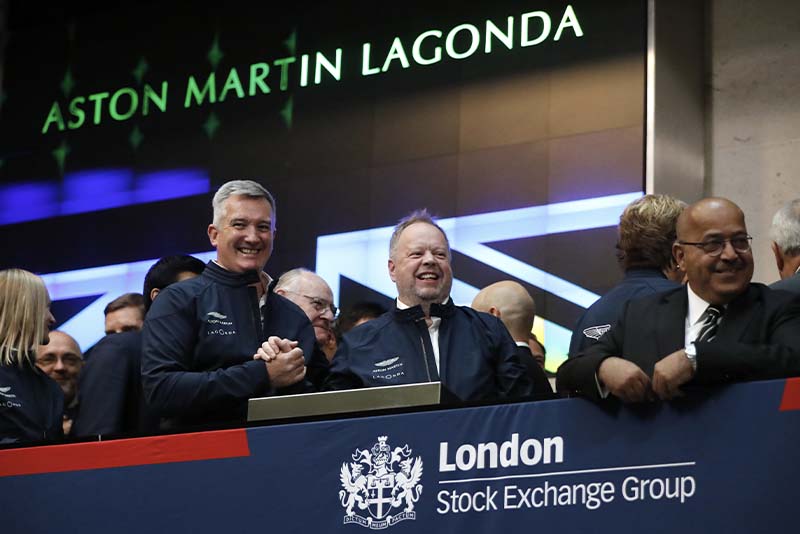 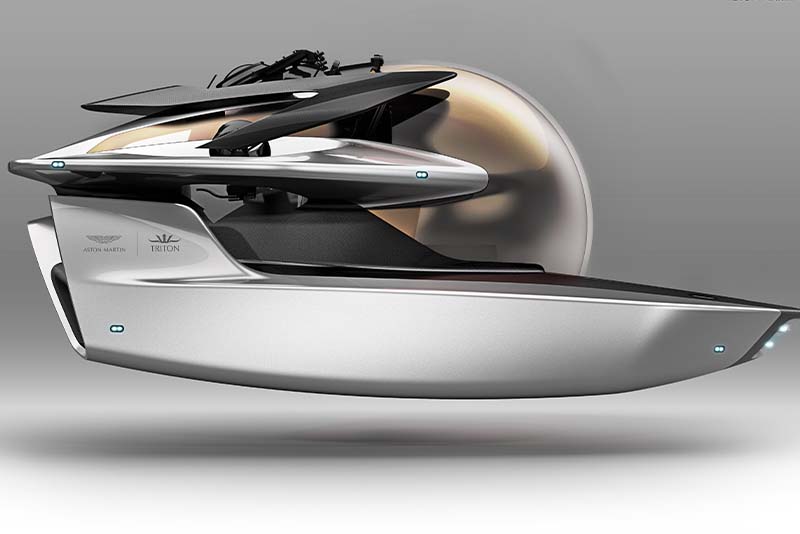 Not even an Aston Martin submarine could stop the value sinking

Issues that are perhaps less subject to debate is that despite all that was on its plate, Aston Martin allowed itself to be sidetracked by a number of non-automotive projects from submersibles to Miami beachfront properties. More importantly perhaps, the decision to style the new Vantage as an aggressive hunter didn’t play well with customers sure that, if nothing else, any new Aston Martin would always be beautiful. It wasn’t. Charging Porsche 911 Turbo money when it only delivered 911 Carrera S performance was a lot to ask of the brand too.

So Palmer has gone, undone by the same blend of over-ambition and sheer bad luck that has accounted for so many of the marque’s top executives over the last 107 years. And in his place comes Tobias Moers, hitherto the head of Mercedes’ high performance AMG division, a man believed to have been in the running for the job back in 2014. 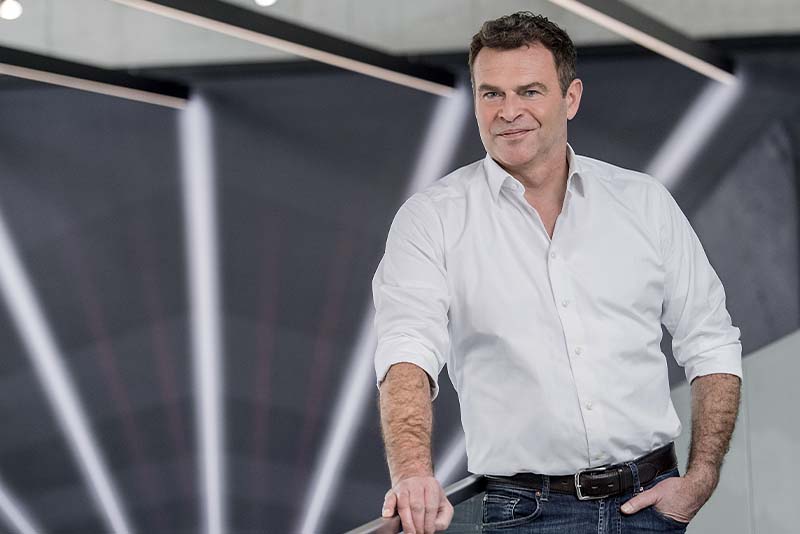 Is Moers the man to finally set Aston on its way to success?

I know Moers reasonably well, having interviewed him at length on a number of occasions. He’s a rabid car enthusiast, an engineer through and through and one of the straightest talking guys you could ever meet. I’ve only ever known one press officer put their head in their hands as a result of answers given to questions I’ve asked, and it was Moers’ poor PR lady on both occasions. If he detects the enthusiast in you, he can be fabulously straight talking. And quite scary too.

What will he do? Well job one must be to slim down the business to a size that can cope with the post-Covid world, a process its rivals down in Woking have already commenced. And that will be painful. But the Aston Martin of the future must make more money building fewer cars and the only way you do that is by charging more for them, which means focusing your attention on the upper reaches of your product range. Happily and whatever else it may lack Aston Martin has the brand equity to do that. 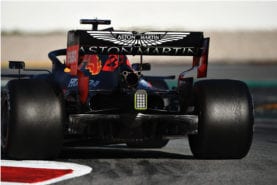 Why Aston Martin may have timed its F1 re-entry perfectly

Aston Martin's shake-up could see the company seize the game-changing opportunity offered by Formula 1. Could we see a World Champion come along for the ride?

In his position I’d continue with the DBX as that programme is essentially complete and luxury SUVs have traditionally commanded enviable profit margins, I’d probably lose the Vantage, roll the DB11 and DBS into one super GT and go all out with the mid-engined Vanquish at the top of the range. This would provide one SUV, one GT and one supercar, and that will probably do for now. There are problems, not the least of which is keeping two factories busy on what might be half the once-anticipated volume, and it takes no account of the long-held plan to relaunch Lagonda as an all-electric rival to Rolls-Royce. But right here and now it must do what it can with what it has.

One last thing – I’d be fascinated to understand better the nature of Moers’ appointment. Has he really left AMG and gone to work for what is at some parts of the market a rival manufacturer? I find that just a little hard to believe. So perhaps there’s something more going on here, an increase in the influence of the three pointed star over Aston Martin? Right now, I’d welcome it. 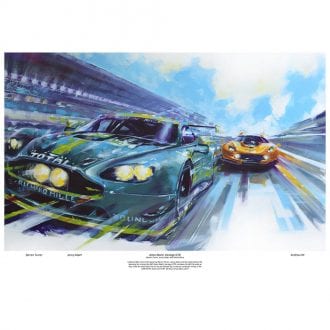