“Ron Tauranac’s impact in motorsport is massively significant,” says David Brabham of his father’s old friend and partner, who has died at the age of 95. The youngest of Jack Brabham’s three racing driver sons was born a year before his dad made history by winning a third world championship in a car bearing his own name, the BT19, in 1966. But it was the T in the BT nomenclature that was the “backbone” of that success, and Tauranac would go on to influence the racing lives of all three Brabham boys, along with those of hundreds of other racing drivers, as the founder and guiding light of the prolific Ralt racing car company.

“He was my godfather – not that he played a godfather role in my life!” says David. “I didn’t really get to know Ron until I started racing a Ralt. In 1988 I was doing Formula Vauxhall Lotus when I moved over to Formula 3 Class B and started driving one. I got to know him a lot more during that time when I won a lot of races in Ralts, in Class B – five of the seven I competed in – then the British F3 Championship in 1989, Macau and the F3 World Cup. Then I went back to Ralt after my [first] stint in F1 [with Brabham in 1990] and drove their F3000 car for about four races before I moved over to Jaguar in sports cars.”

Tauranac was well known for his gruff exterior. In an interview published in Motor Sport in 2014, he admitted the death of a mate during his time in the Royal Australian Air Force at the end of WWII was “the last time I had an emotion”… “You had to accept Ron was Ron,” says David. “He wasn’t shy in saying what he thought and he wasn’t someone who was about fluff and bullshit: ‘this is the job, this is what we need to do’. He was an extremely hard worker and a talented designer. 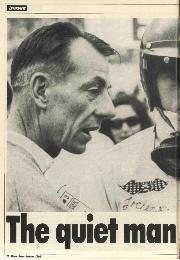 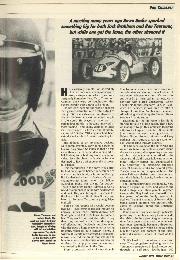 A meeting many years ago Down Under sparked something big for both Jack Brabham and Ron Tauranac but while one got the fame, the other shunned it. His classically simple,…

“He always stuck to his principles of car design, which generally sums up all Brabham racing cars: quick enough to win races, they were safe, reliable and they were easy to drive. That was what Ron stood for. I never worked in his workshop, but lots of people who came out of that environment praised him for what they had learnt. He was tough, he spoke his mind, but he also allowed people to get on with it as well.”

Tauranac and Brabham struck up a friendship in their earliest motor racing days, in 1951, when Ron built and raced his first Norton 500cc-powered Ralt, which stood for Ron and Austin Lewis Tauranac. “Yeah, Dad met him back in the speedway days and Ron was a pretty handy driver,” says David. “Dad built his own car and Ron built his, and he was always really impressed with what Ron was building, as well as his driving. Their friendship grew from there. Much later when Dad was in the UK at Cooper and started having more influence on the direction of the company, he knew he needed someone like Ron to help him achieve what he wanted. The wheels for Brabham were already in motion by 1960 [when Jack was on his way to his second consecutive F1 world title] because he didn’t think he was going to get what he wanted staying at Cooper, so he convinced Ron to come over and bring the family. The rest is history.”

Motor Racing Developments Ltd (MRD) was formed in 1961, soon becoming better known as Brabham after it was pointed out by journalist Jabby Crombac that the initials had an unfortunate connotation in French… “Brabham became the biggest manufacturer of racing cars in the 1960s,” says David, “I believe within three years of its founding.” 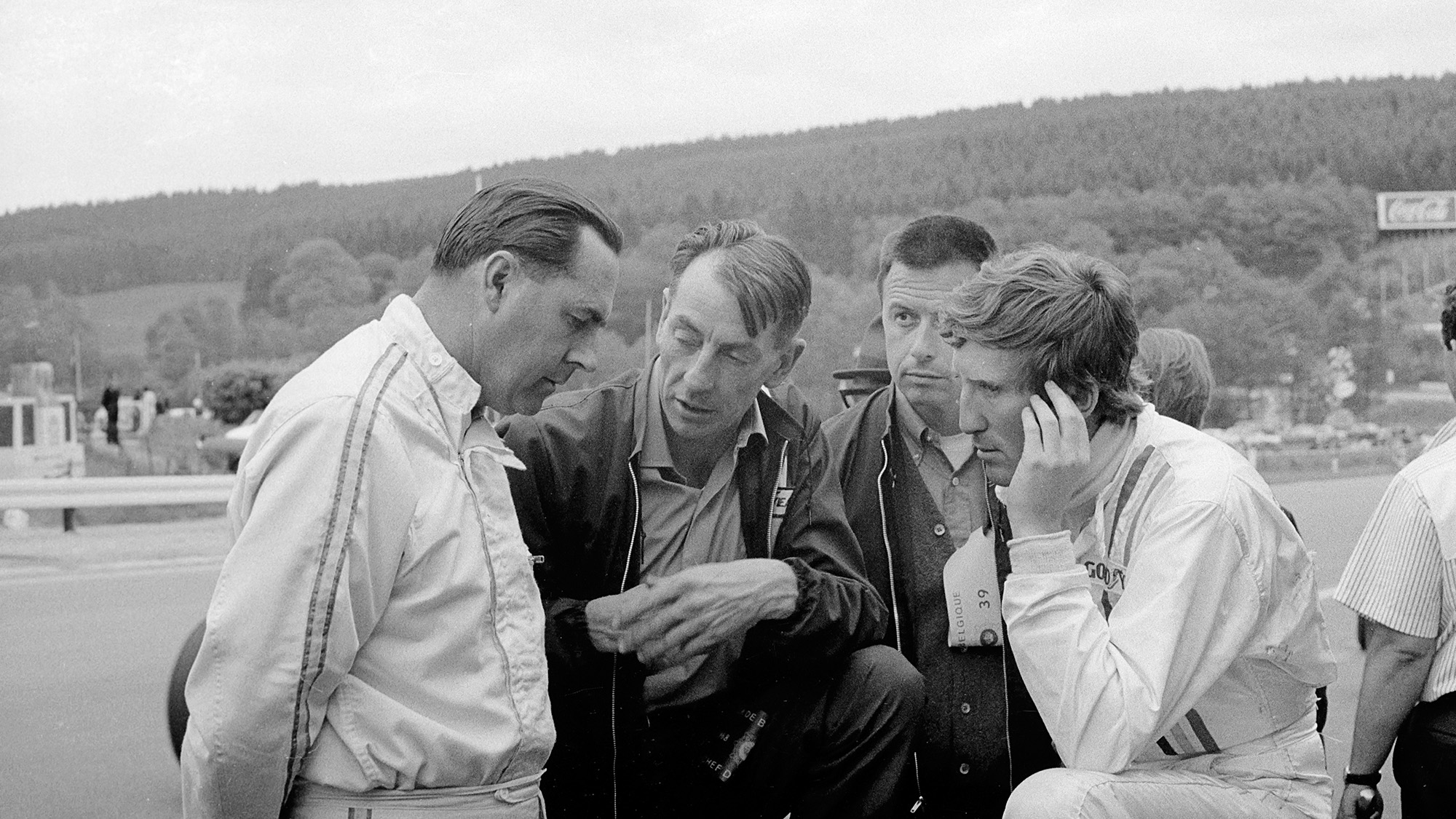 Brabham with Tauranac, Goodyear’s Leo Mehl and Jochen Rindt at Spa in ’68

The pair made for a formidable partnership, but were they friends? “It depends how you define friendship and being ‘mates’,” answers David. “There was always a very strong friendship with a lot of respect between the two, and then there is a crossover where you become mates. I don’t know whether they ever got into that. But certainly they had a massive amount of respect for one another.

“They obviously had their issues as they went along, but it was a very strong partnership and both had talents in different ways that crossed over really nicely, so there weren’t a lot of gaps. From a company perspective, Brabham wouldn’t be what it is today, and what it was throughout that period, without Ron. He was a lot of that backbone and I don’t think he ever got the credit for what he did in the background. Jack being Jack, the focus was on him – being ‘Jack Brabham’. I think that did upset Ron a bit because he didn’t feel he got the respect for what he achieved, because it went through Jack. But Ron would never have liked the limelight that Jack had to have.

“The combination of the two – Ron in the background getting things done, Jack coming up with the ideas, running the business and being ‘Jack Brabham, the famous driver’ – was a perfect match. It had to be, otherwise they wouldn’t have had the success they had.”

Jack retired from full-time competition at the end of 1970 – after a season in which he’d challenged for what would have been a fourth world championship, at the age of 44 – and stepped back from the Brabham business, too. A year later, Ron sold out to Bernie Ecclestone. “I don’t know if being an F1 team owner was Ron,” says David. “But he was pissed off with the way the deal went. Bernie came in on the day of doing the deal and suddenly offered much less. Ron took it, and he stayed there for a bit building race cars, then morphed back into Ralt.” 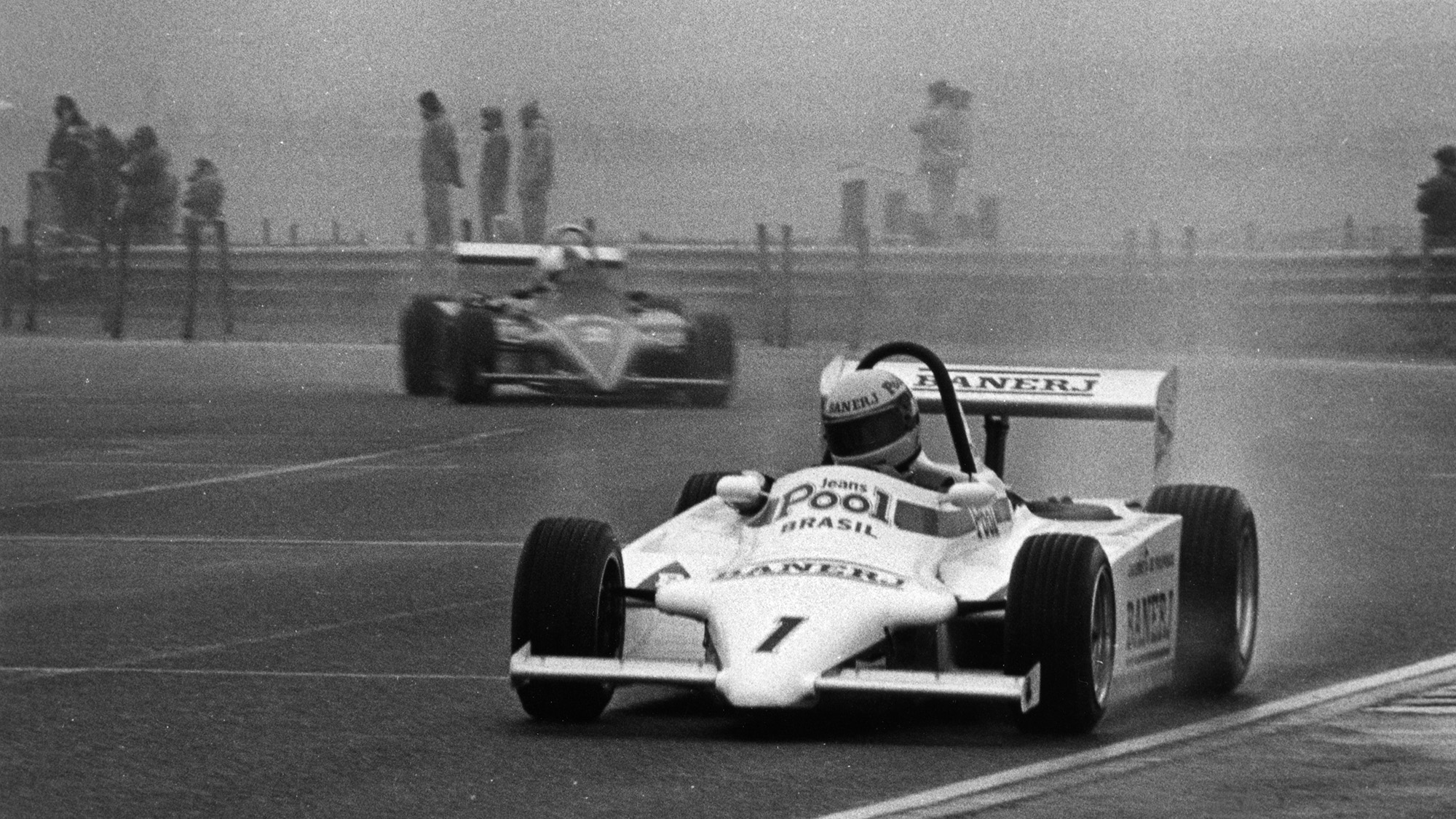 Across three decades, but most predominantly through the 1980s, Ralt set the benchmark in junior single-seater competition, building winning cars for everyone from Ayrton Senna and Mika Häkkinen in F3 to Geoff Lees and Jonathan Palmer in F2. “Look at my family: Geoff, Gary and I all raced Ralts,” says David. “Ron has been a huge part of my family’s success. Also from my wife’s side, my brother-in-law Mike Thackwell won a lot of races in Ralts [including the 1984 European F2 Championship and the first ever Formula 3000 race at Silverstone in ’85].”

Today, David is forging ahead with his ambition to revive the Brabham name through the new BT62 GT contender as he writes a new chapter for his family’s incredible motor sport legacy. But he will never forget the part Ron Tauranac played in the story. “I’ve never felt he’s had the recognition he deserves, and I’ve always been vocal about him when I talk about Brabham,” he says. “It’s why I wanted our Brabham Automotive project to carry the BT Brabham-Tauranac name, so that it helps carry his legacy forward.”

In the same year Sir Stirling Moss has left us, Tauranac’s passing marks another lost link to not one but several golden ages of motor racing.