Britain’s new generation of racing heroes stand alongside legends of the sport in a new Silverstone photography exhibition that sheds fresh light on the characters behind the wheel. 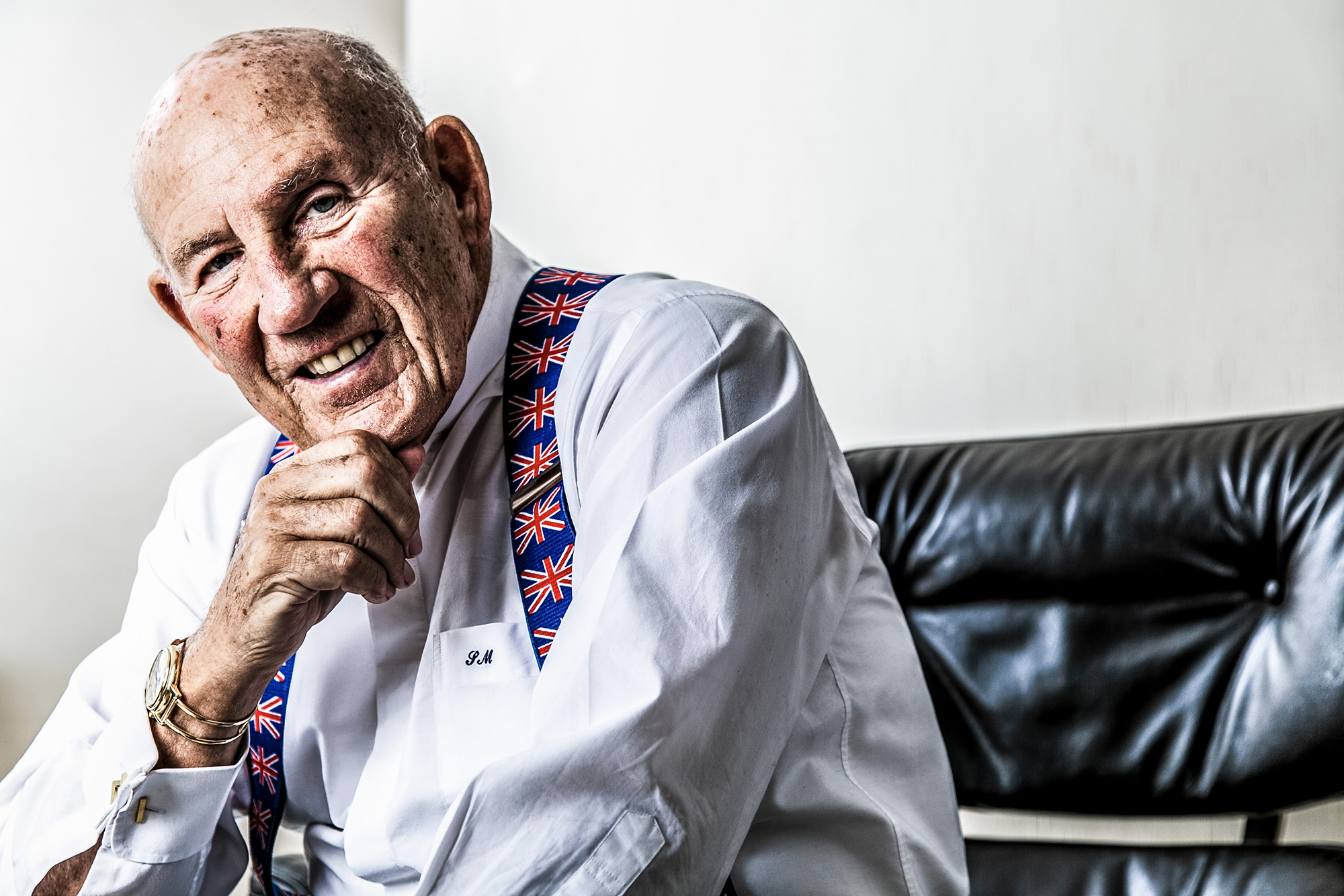 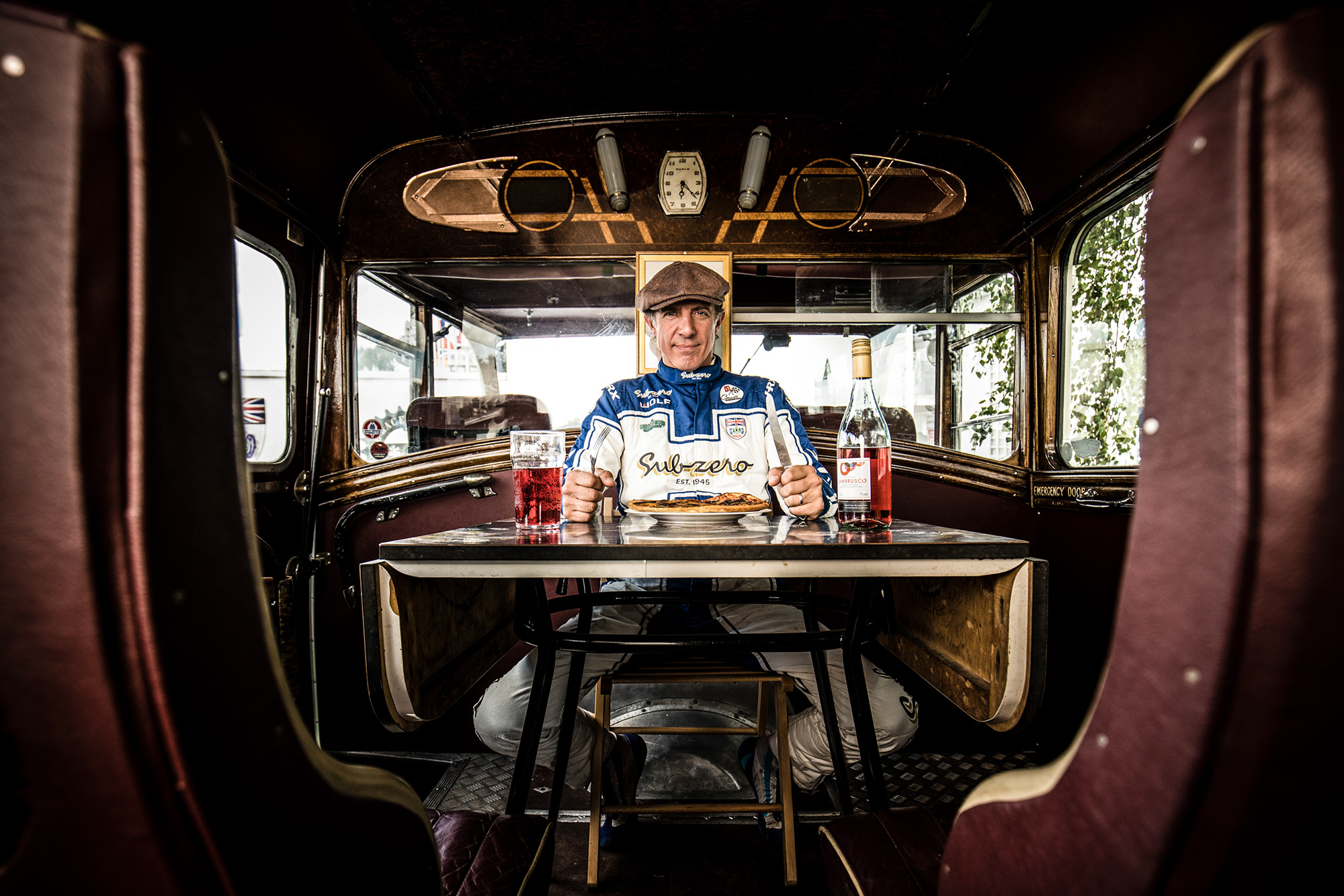 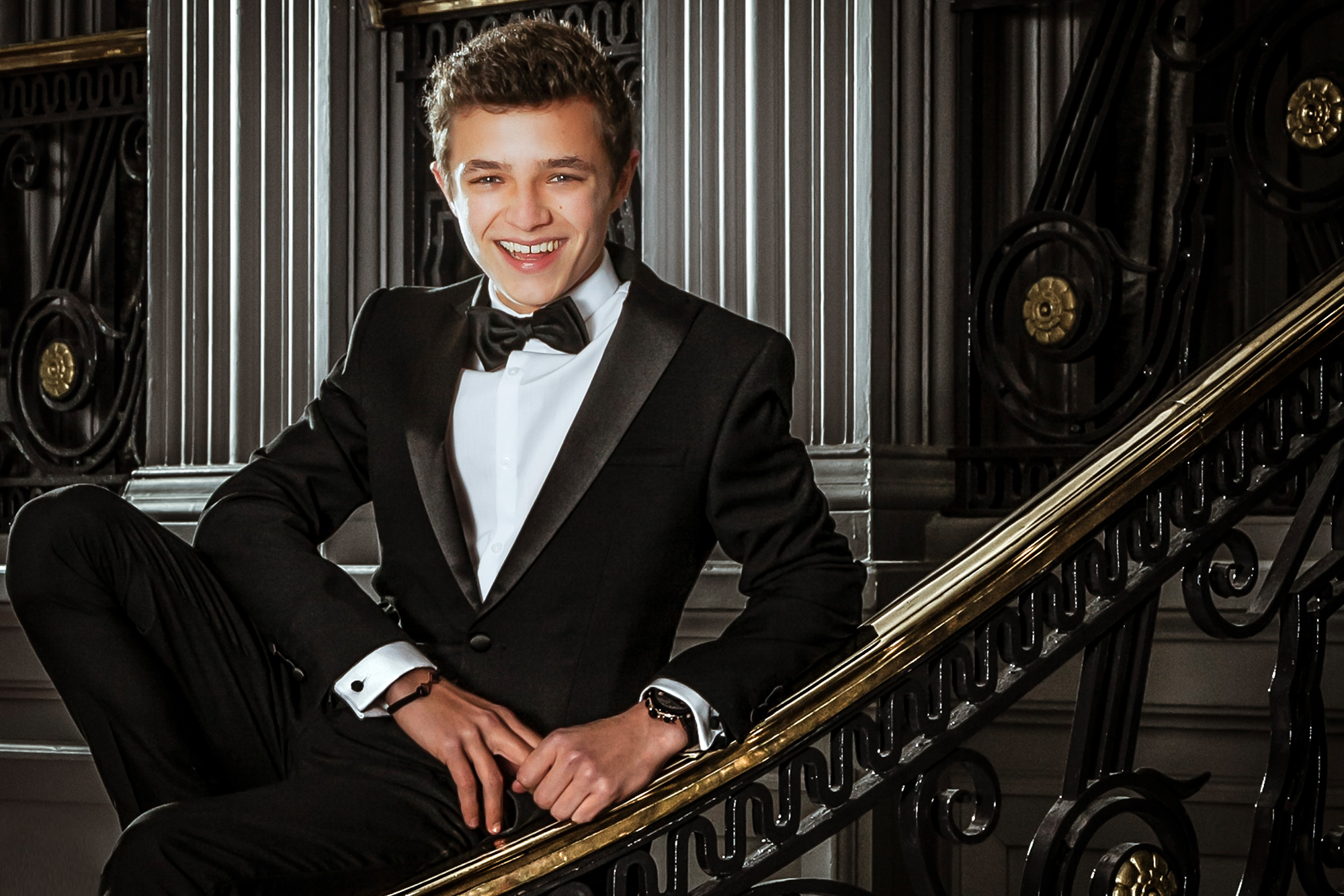 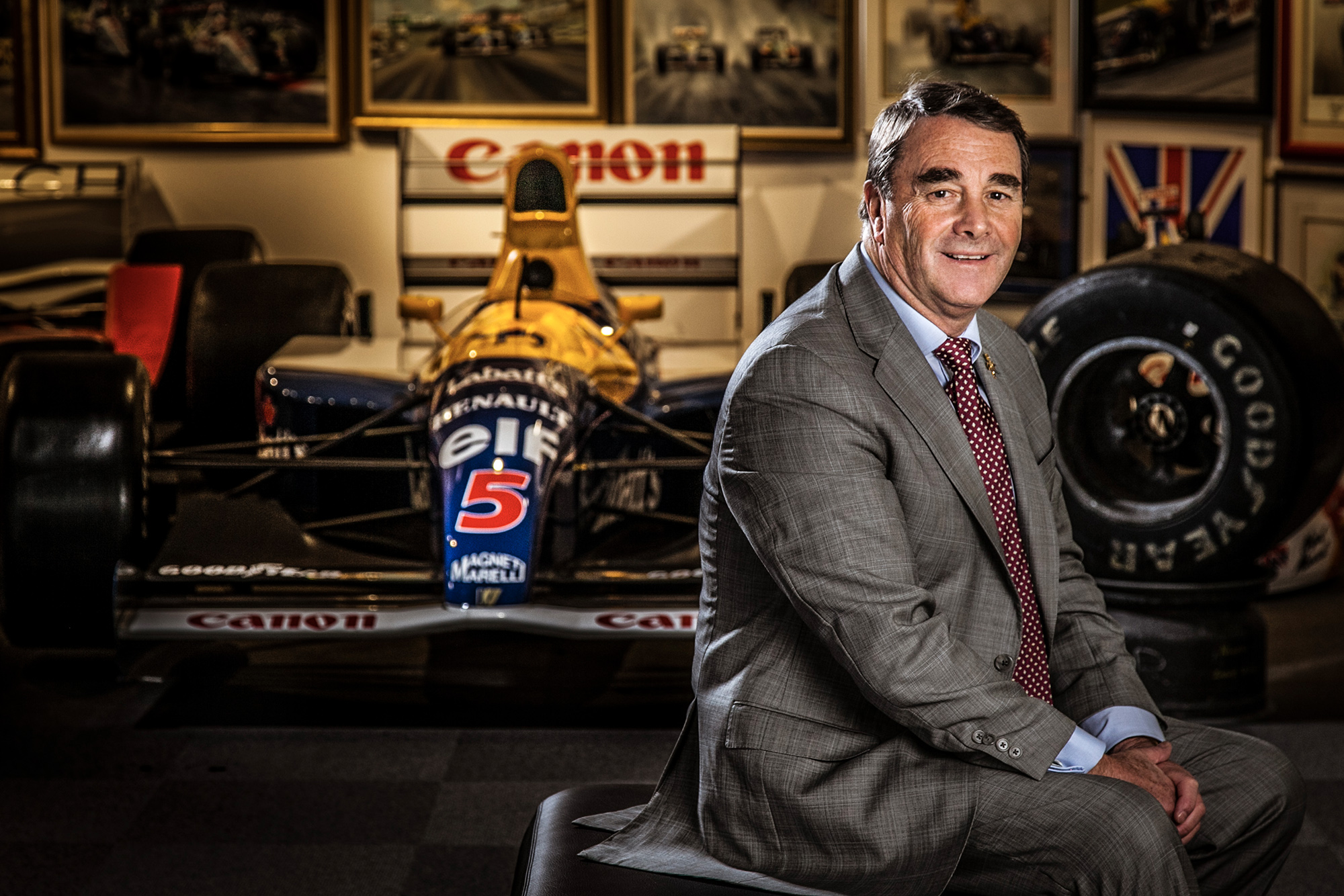 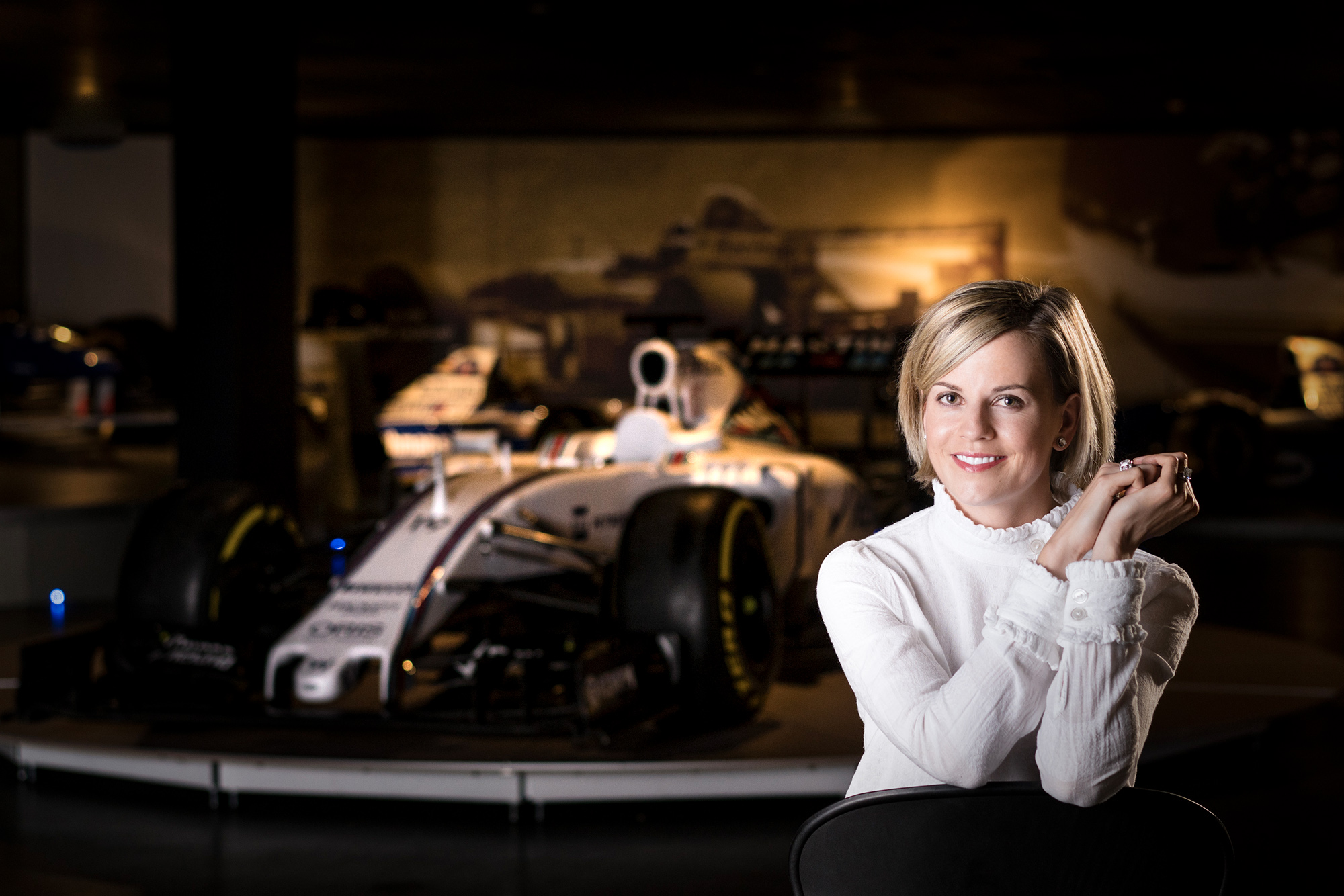 Moss, who took part before his retirement from public life, chose to be pictured wearing his Union Jack braces and sitting in the Charles Eames chair he received in lieu of a championship trophy (because it needed less polishing).

A grinning Lando Norris is shown in black tie on a sweeping staircase, while Stewart’s shadowy portrait is dominated by his twinkling eyes.

The two-time British Touring Car Champion, Jason Plato, is shown with his favourite meal: a pizza and pint of Lambrusco Rosé.

John Surtees was one of the first drivers to take part in the project, ahead of his death in 2017 More recently, Flack photographed Jamie Chadwick, the inaugural W Series champion, as well as Billy Monger, who is rising up the racing ranks following a crash where both his legs were amputated.

The photographs will be displayed at The Silverstone Experience, which opens on Friday, and promises visitors a two-and-a-half hour journey through the past, present and future of motor racing.

“It has been an absolute privilege to spend time with, and hear tales from, some of the most successful and talented British racing drivers,” said Flack, who travelled 15,000 miles in pursuit of her subjects. “There was much laughter and listening to their fascinating stories was enthralling.

“What could be better than chatting for an hour in John Surtees’ kitchen over a cup of tea he’s just made you?”

Prints of some of the images are due to be auctioned in support of Sir Jackie Stewart’s charity, Race Against Dementia, and Flack will also be publishing a book of the portraits.

The Great British Racing Drivers exhibition will run until April 2020 at the new Silverstone Experience, which is located at the Northamptonshire circuit.