Audience figures released for 2021 show a 29% increase in people watching the season finale on TV, compared with 2020. The fallout from the final lap will have played no small part in the 1.5 billion clicks, likes, comments and other engagements on F1’s social media posts, up by 74% on the previous year.

As Max Verstappen took the lead in the championship race, Dutch audiences soared and the total audience for the year was up by 81%. In Britain, cumulative viewers for the whole season were up by 39%. 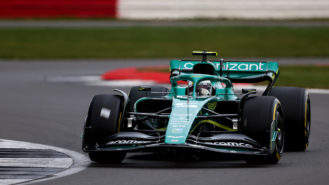 When Ross Brawn was hired by new owners Liberty Media as Formula 1’s managing director at the start of 2017 his focus was always on the future. At that stage…

F1’s cumulative TV audience for the 2021’s record-breaking 22 race season was 1.55bn, up by 4% on 2020, with an average race audience of 70.3m. In countries where TV deals remained the same, average viewing figures rose by 13%, but new pay TV deals caused a drop in Brazil and Germany.

At the circuits, Silverstone recorded a record attendance of 356,000 spectators, up from 350,000 in 2019. There were also record crowds at the Circuit of the Americas and Mexico City but Covid restrictions — particularly in the first part of the year meant attendances were down to 2.69million, down on the 4.16m who attended a race before Covid.

“The 2021 season was something very special,” said Stefano Domenicali, F1’s president and CEO. “We had a championship battle that went to the last race with huge excitement throughout the whole championship. We began to welcome back our fans who are the heart and soul of our sport and although we were limited in our capacities due to COVID, it was fantastic to see 2.6 million fans in the grandstands around the world.

“We have also seen some very strong figures across broadcast and our digital platforms, showing once again the momentum, excitement and interest that is all around Formula 1. We are looking forward to our record breaking 23 race season this year, with new cars, new regulations, and a new challenge for all the teams and drivers.”